We’re getting closer and closer to the end of 2019, but the high-quality releases aren’t slowing down. This month of October came packed with excellent mobile games that have continue to expand the medium and set the bar high. Among this compilation, you’ll find interesting puzzles, fast-paced anime-style action, and two or three of the best games of the year. That’s right, we’re coming in strong. 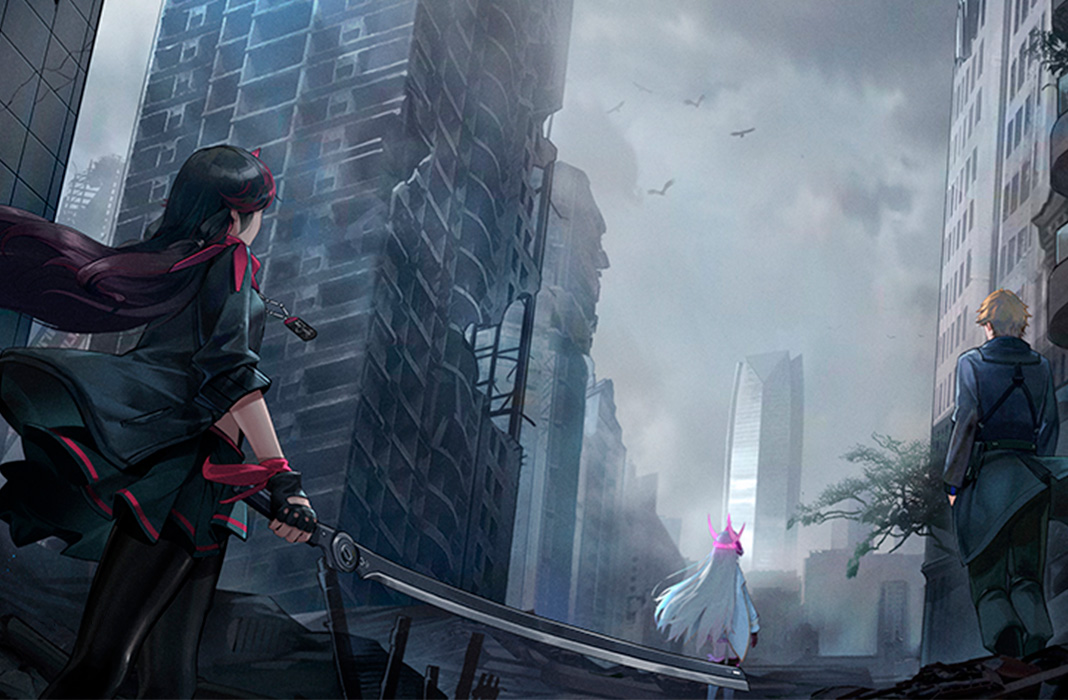 Oh MMORPGs. There are so many choose from that it gives us a headache just to think about this multitudinous genre. And as if there weren’t enough to choose from already, the prequel of the legendary Tera just reached Japanese shores. On this occasion, we get much more vivacious battles since it centers around the art of combat. At least more than in other installments in the franchise. However, the base is still there: a world full of interesting characters and a story that’s packed with surprises. And all this comes with a vast community of players ready to go on quests together or beat each other up in the PVP modes. [Download] 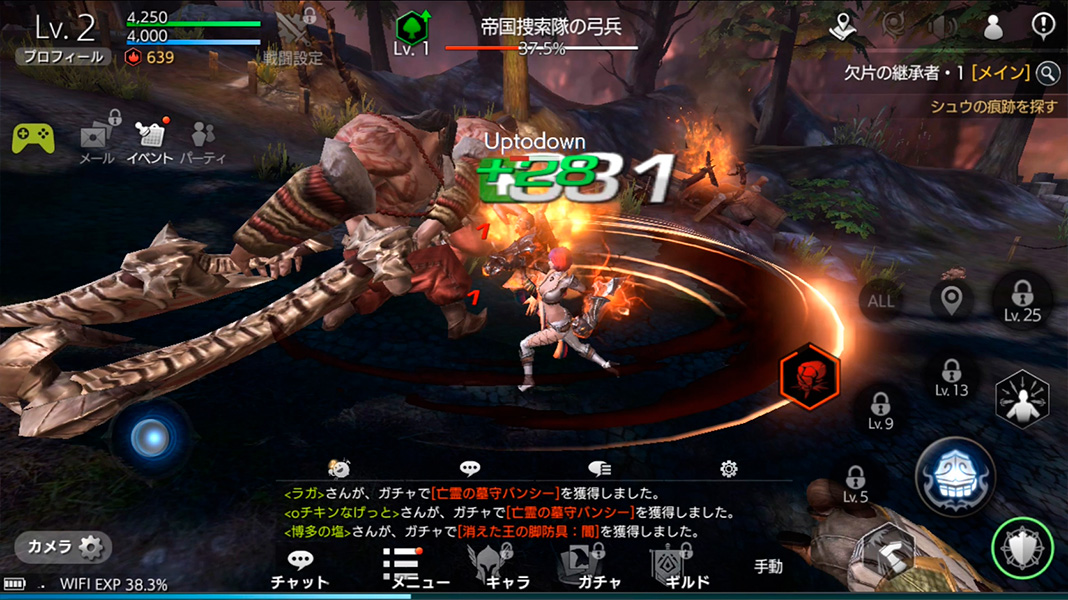 The whole match 3 formula with touches of role-play is way overdone. That much is obvious. That said, we’re still glad to see new titles that use this recipe but also try to add new ideas into the mix. It’s not that Zombie Blast Squad is revolutionary, but at least it’s not the same old, same old. Here, you won’t have to combine pieces, but instead, get rid of them by touching combinations of two or more that are together. But it’s not all about clearing the board just because. Instead, you’ll have to choose the ones for the enemy hordes that show up. It’s a fun title with multiple heroes available and a little strength manager to get resources. [Download] 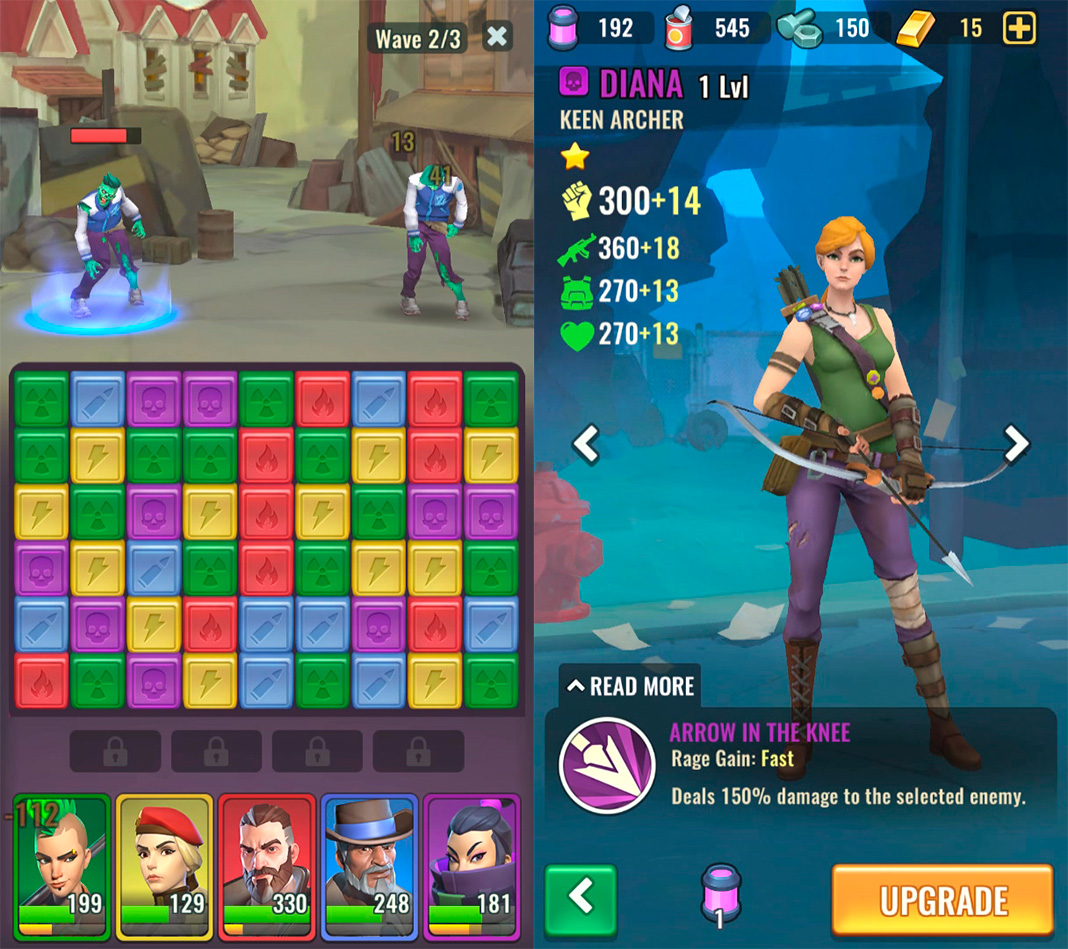 You can call it Auto Chess, AutoBattle, or whatever you like; the genre is here to stay. Move on over Battle Royales, we have the “new” most important genre of the year. That’s why we keep on coming across games with these mechanics, and Onmyoji Chess has joined the party. The game is the same as always (you have to try to get the best team of heroes possible with their synergies), but here you’ll enjoy the gorgeous setting and characters from this franchise. If NetEase keeps up this pace with Onmyoji, then we’re sure to see a Battle Royale soon enough. Just don’t forget you read it here first. [Download] 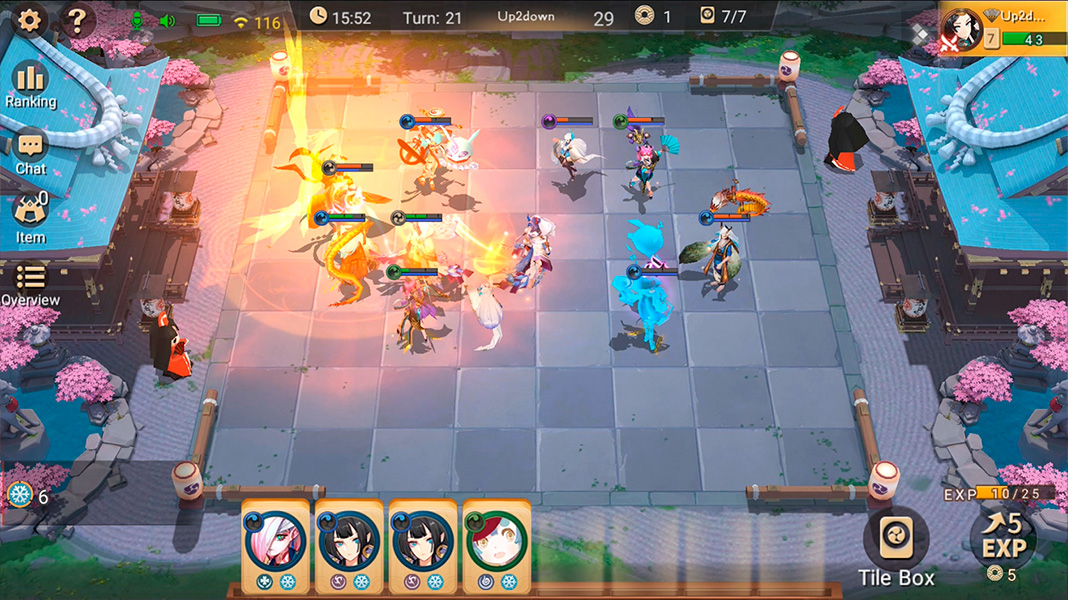 Around here, we consider ourselves admirers of the work of Arnold Rauers, a puzzle game artist who won us over with Miracle Merchant and Card Thief. Now, he’s back to delight us once again with a gorgeous game of robots and mice. Who knew we needed this combination so desperately? In Maze Machina, you have to last as long as possible while dodging and attacking all the robots you come across. It all revolves around weapons scattered around the board. Really, you should just play it already…it’s more fun to experience it than just read about it. [Download] 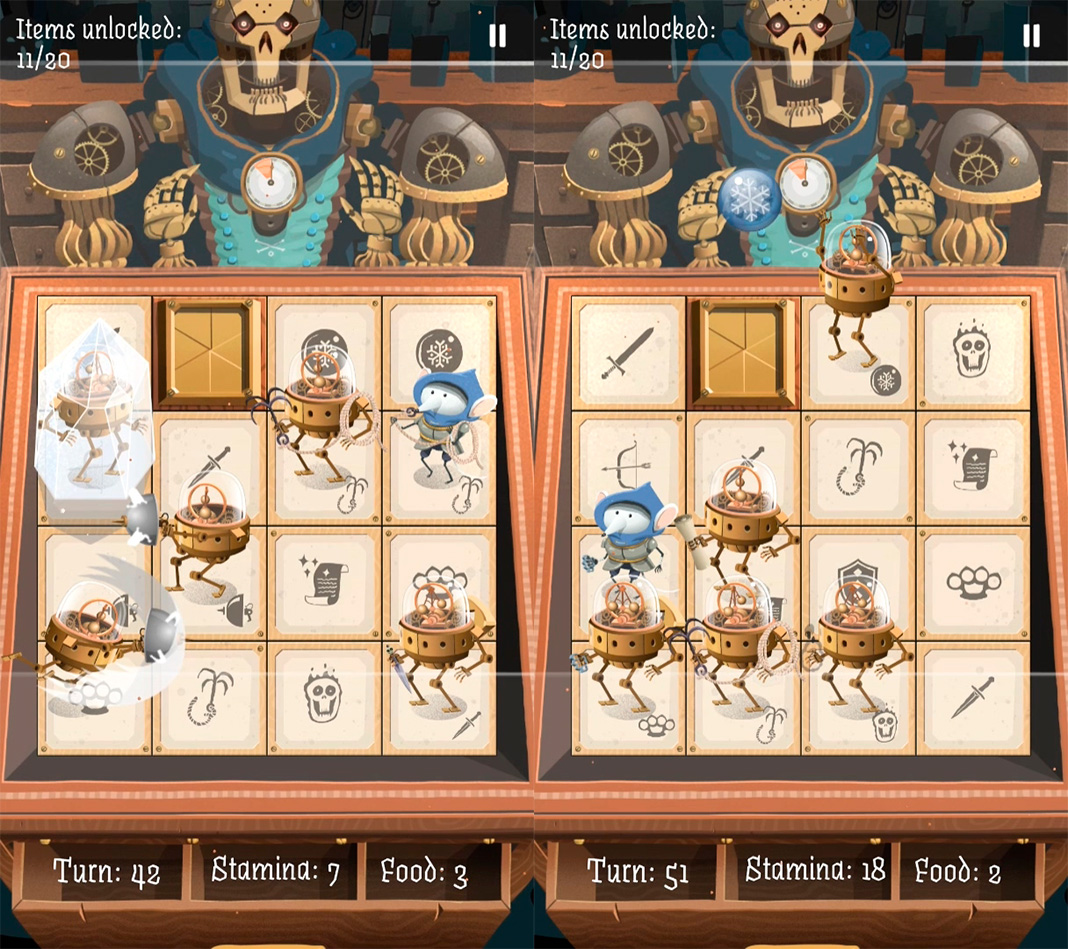 And so we meet again dear reader, ready to talk about yet another MMORPG. But this isn’t the same as all the rest; in this case, you get to enjoy an online role-playing game with side to side movement. It’s impossible not to be fascinated by the game’s visuals while you experience all sorts of adventures and share moments with other players around the world. Ever Adventure offers, broadly speaking, more of the same, but with a totally different package. And we’re here for it. [Download] 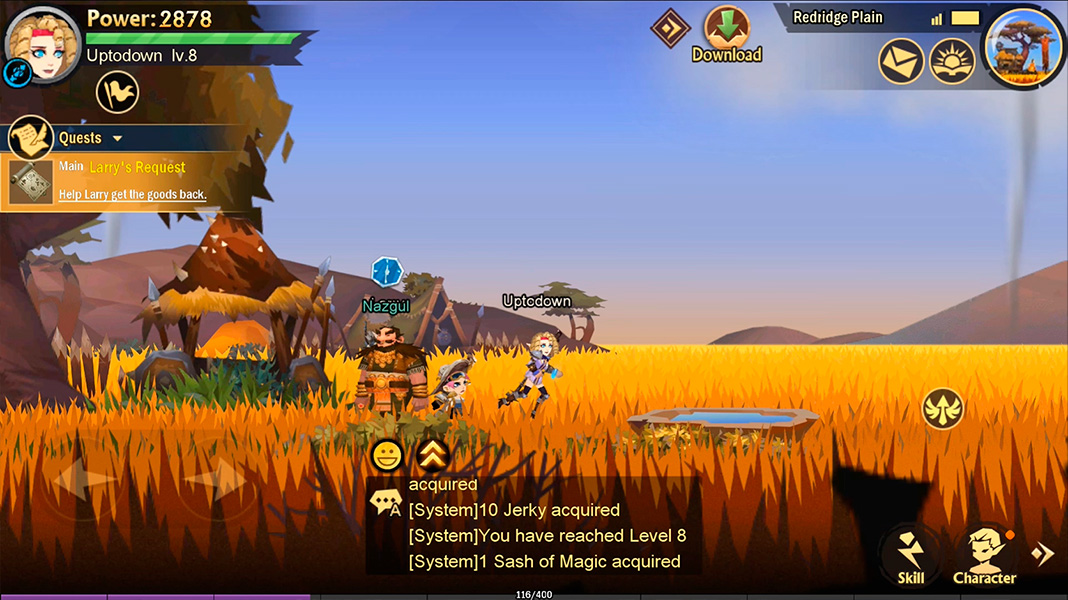 Our experience with LAST CLOUDIA reminds us directly of Octopath Traveler, although in reality, it has little or nothing in common with it in terms of gameplay. But both know how to use nostalgia wisely, with lovely pixels and a gameplay that’s really well adapted to the times. LAST CLOUDIA has a past and present feel, with a larger than life story and a soundtrack that we can’t stop listening to. [Download] 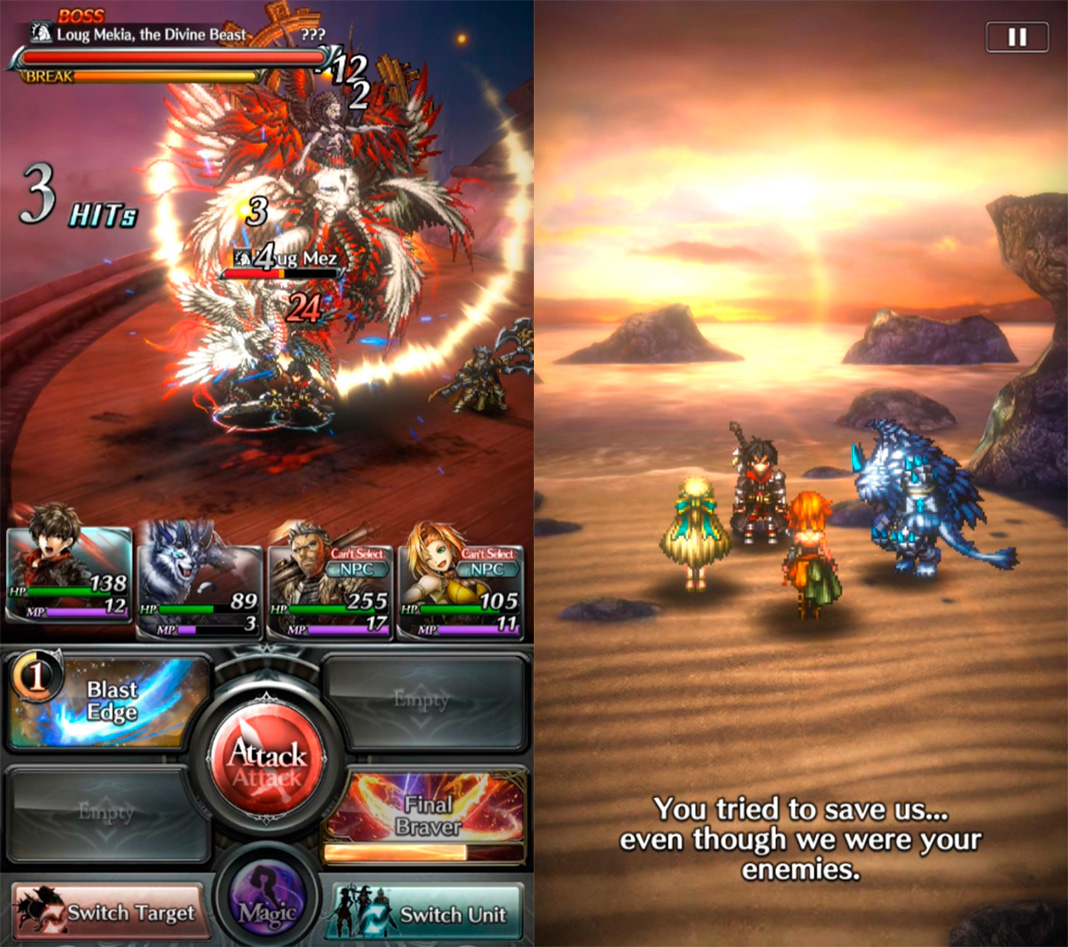 Every day, we see more and more games for mobile devices. So many that it’s practically impossible to keep track of them all. But the constant stream of releases is even more intense in Asia, where the conveyor belt of games never stops for even a second. The problem is that many of these titles never reach the west, and it’s possible for many real gems to get lost along the way. Punishing: Gray Raven is one of them, with its exciting combat system and outstanding graphics. Although many people won’t be able to fully understand the story, the game is still definitely worth playing. [Download] 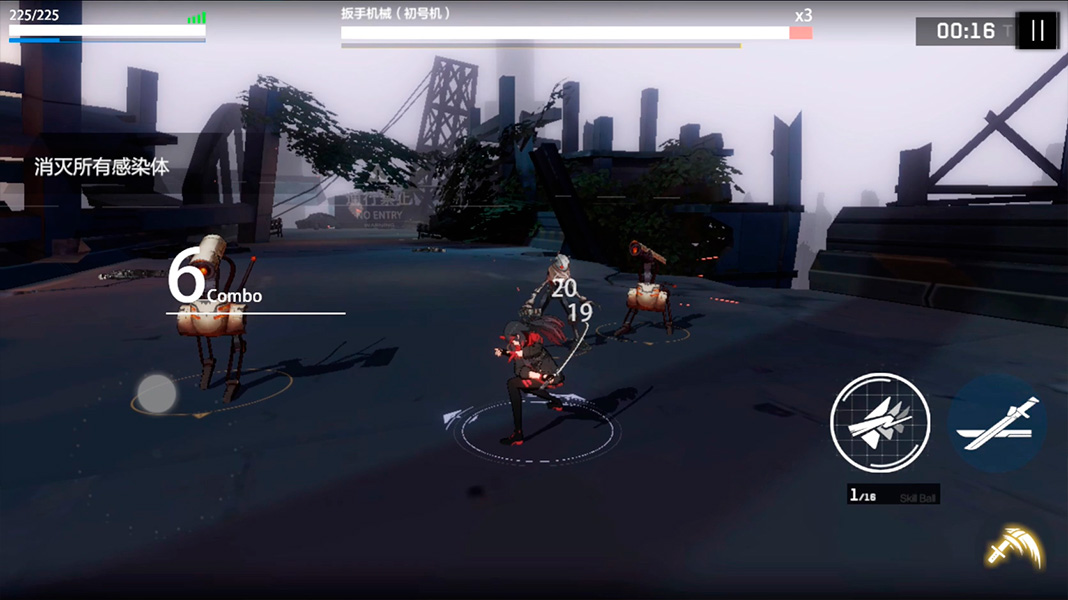 The release of Asphalt 9: Legends marked a turning point in mobile videogames, with its incredible graphics and the absolute simplest gameplay possible. Forza Street has followed along the same path, being the most casual installment from one of the most important racing game franchises. The formula can’t be beat: real car licenses, fantastic graphics, and simple gameplay. Perhaps more demanding users may want a higher degree of difficulty, but it’s an outstanding product and it’s suitable for all players. [Download] 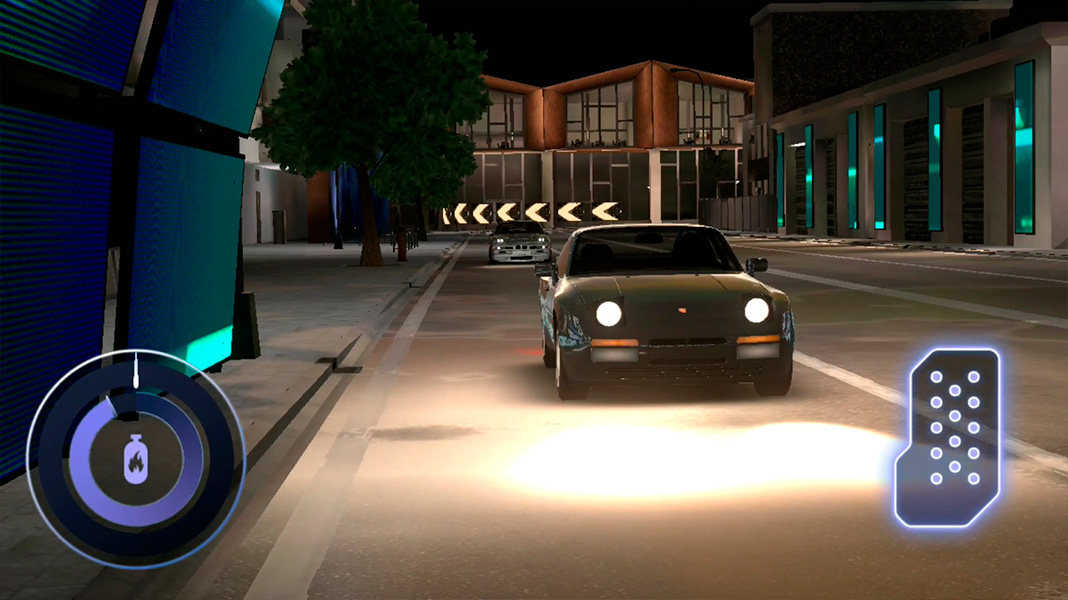 There’s always room in our hearts for a little dungeon crawling fun, and MONOLISK gives us endless levels to get our fill of entertainment. We’ve already titled it the Super Mario Maker of dungeon crawlers and although this title is a tad gimmicky, the truth is that we’re not too far off track. We love the simple gameplay —using just taps on the screen to complete each action— almost as much as the endless flow of levels to complete. It’s all based around the creativity of the players, so we hope the MONOLISK community keeps on growing. [Download] 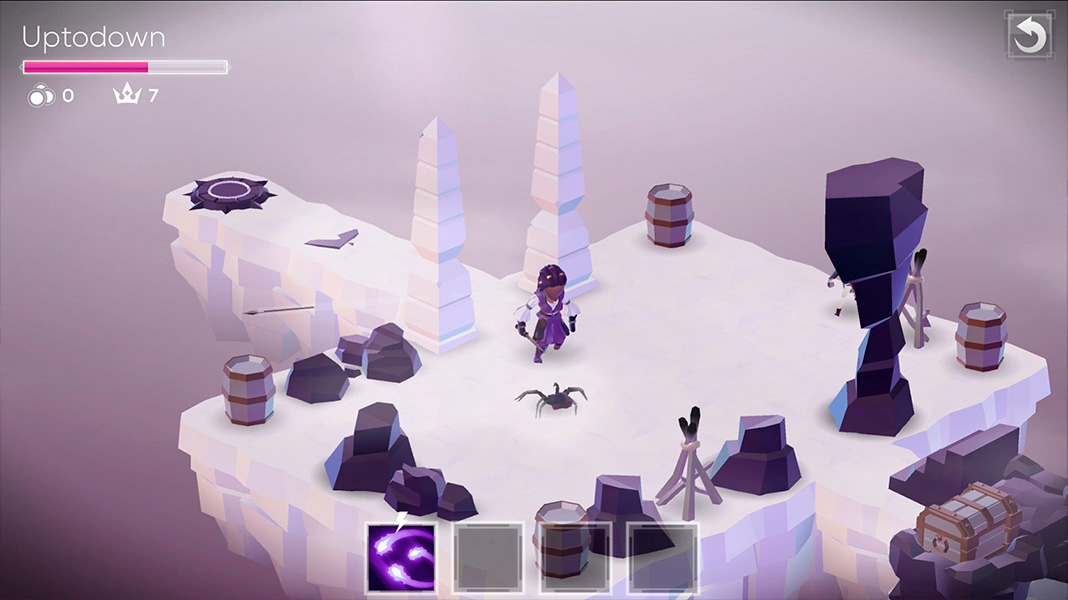 We’ve been talking about Call of Duty: Mobile for a long time now, so you may be surprised to see it on this list. However, the game was just released officially in October, so we couldn’t not include it. What more can we say about this game that we haven’t already said? You already know it’s one of the biggest milestones of the year, so all we can do is recommend it one more time. [Download] 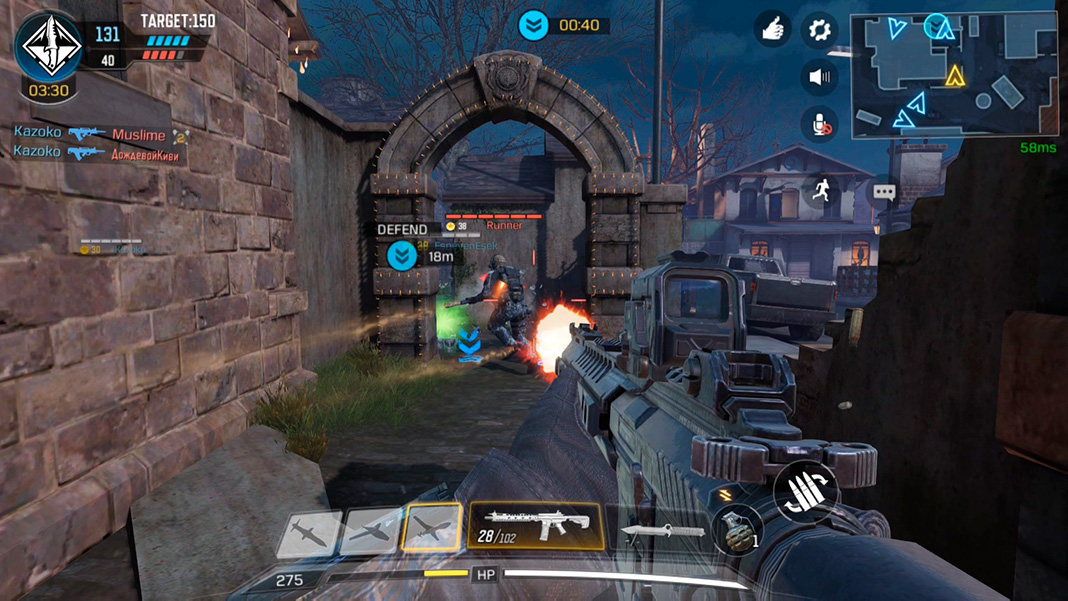 This monthly compilation tends to have a set limit of 10 titles, but this time, we’ve made an exception. The arrival of Black Desert Mobile to the west deserves it. It’s one of the most powerful MMORPGs that exists on Android, if not the most. Not only on a technical level, which is incredible, but for the enormous number of different actions it offers. The official release isn’t until December, but it’s possible to play it right now if you use a VPN. On our YouTube channel, you can watch a 25-minute gameplay video where we break down part of the game. [Download]