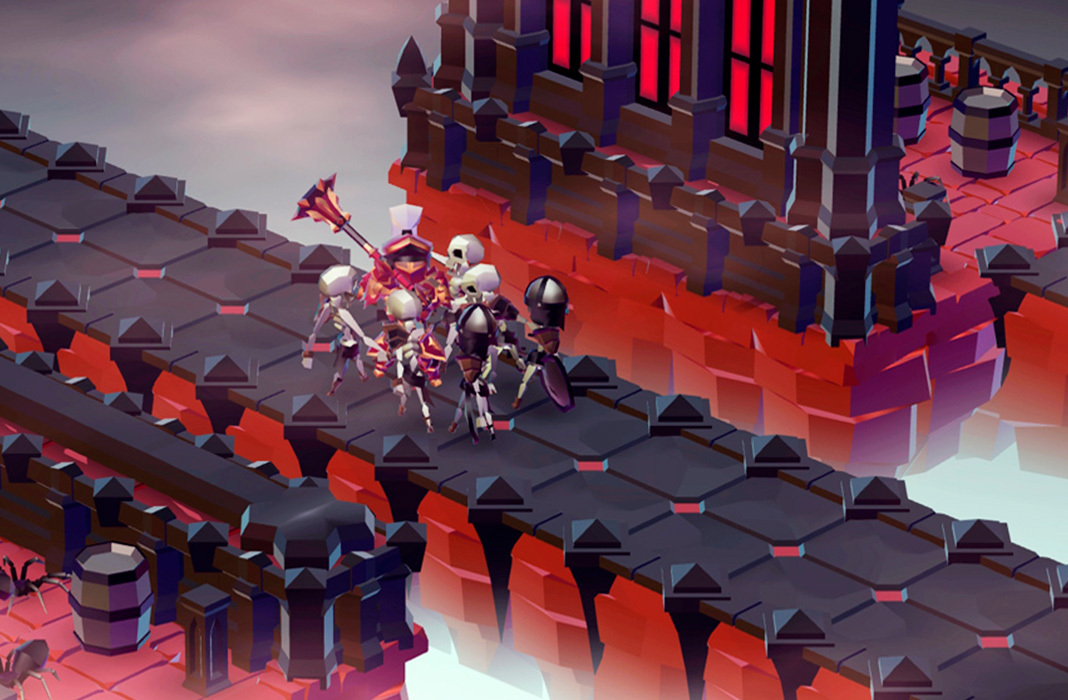 We’ve spent countless hours of our time looking for the way out in endless videogames. This typical resource provides a conclusion to the screen you’ve enjoyed, although its value is even greater if you’ve been made to suffer in order to get there. Finishing a level gives you a mix of emotions that combines a sense of peace after having won with the excitement that comes with discovering your reward. This bag of emotions has transferred perfectly to MONOLISK, one of the most interesting titles that we’ve ever discovered for smartphones: it’s a dungeon crawler where it’s up to the players themselves to actually create the levels. 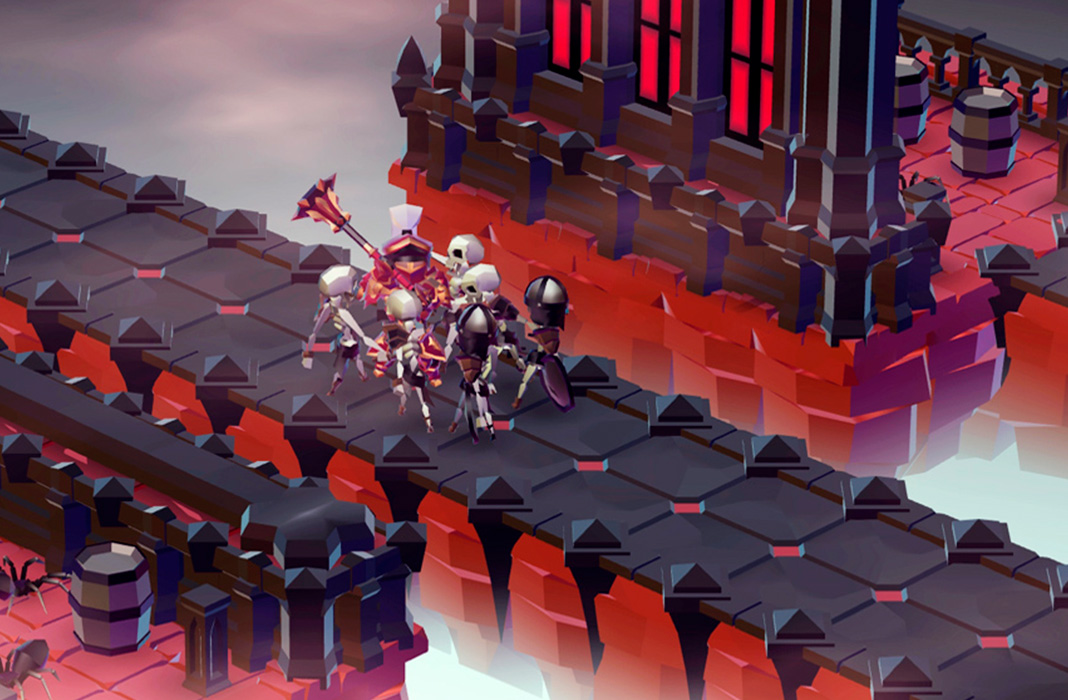 The first steps you take in playing MONOLISK are guaranteed to remind you of Bastion, the feature debut from Supergiant Games. Not only for its lovely floating paths that are constructed as you advance, but for the presence of a narrator; this time in text form. But you’ll soon discover that no, MONOLISK is something different. And we’re happy this is the case.

Trickster Arts (Hackers, Hero of Many) define MONOLISK as “a fantasy mobile ARPG, CCG and dungeon builder in a single package.” While it’s easy to throw around names of different genres in the demanding world of mobile games, the truth is that this game is truly inventive with its concept. Basically, you have to complete levels created by the game’s own community of players, and these will let you get resources to create your own. It’s an endless roguelike where the randomness factor has been replaced with the creativity of the players themselves. 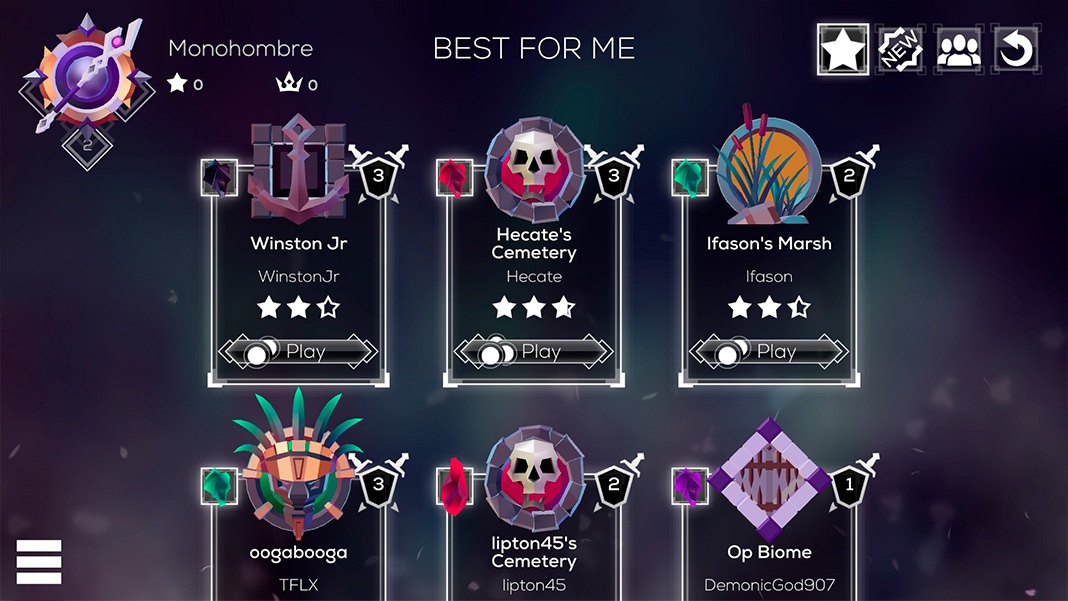 The controls are simple and direct: your character will move to wherever you touch on the screen. And this action is the same to interact with everything: enemies, chests, or objects to break. It’s as if you were playing a mini-Diablo. The other action available corresponds to the characters’ special skills. Each one of your characters, which are divided into five different classes, can be equipped with objects and skill cards that increase their strength. The most interesting thing about completing levels is that these skills will be a huge help in getting rid of enemies: you’ll have to load your energy before being able to use them, so you’ll want to make sure you break every breakable object you come across.

Once you’ve reached the portal that represents the end of the level, you’ll have a few options to choose from: rate the phase according to your experience, leave a comment for the author, and even follow them to keep track of their creations. It won’t take you long to complete each level, so it’s easy to get into this dynamic of endlessly playing screen after screen. This is what’ll let you complete the missions that MONOLISK gives you as incentives to get the game’s currency. With this currency, you’ll be able to buy envelopes that hold the cards necessary to continue improving your character and create levels. 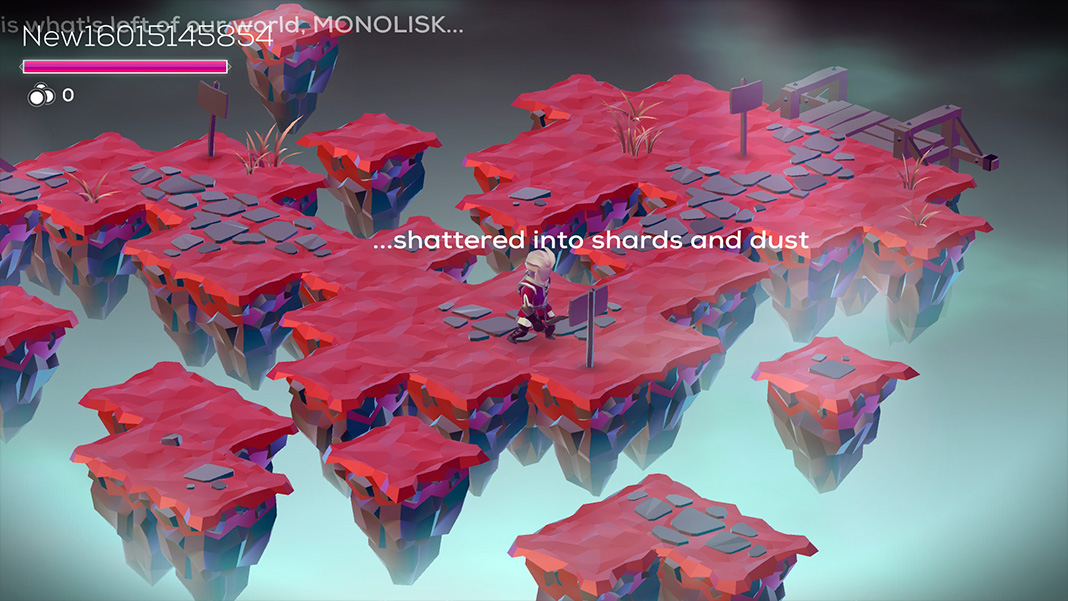 We mentioned Super Mario Maker as a possible inspiration for MONOLISK and we’re not kidding. It may not have the power and depth of the game from Nintendo, but we do love it’s easy operation: the level editor makes it possible for almost anyone to create interesting levels without getting lost along the way. After choosing the setting and the “difficulty” the screen will have according to the cards you have, you get to get down to work. You can change the paths however you want and also place jars, stairs, and other items you have in your cards. You can even include signs to narrate what’s coming, an interesting tool if you use it right.

The best part of all is that you can’t add hundreds of enemies in the same area, since the game will tell you when you’ve reached the limit. And all this is based on the max. number of crystals on the card you chose at the beginning: each enemy has a cost and you can never go over the total value of the level. You can’t forget that you’re creating a level with the intention that other players will have fun, not so that they want to pull their hair out. That’s why the rating system is essential: the more people like your screens, the more rewards you’ll get. 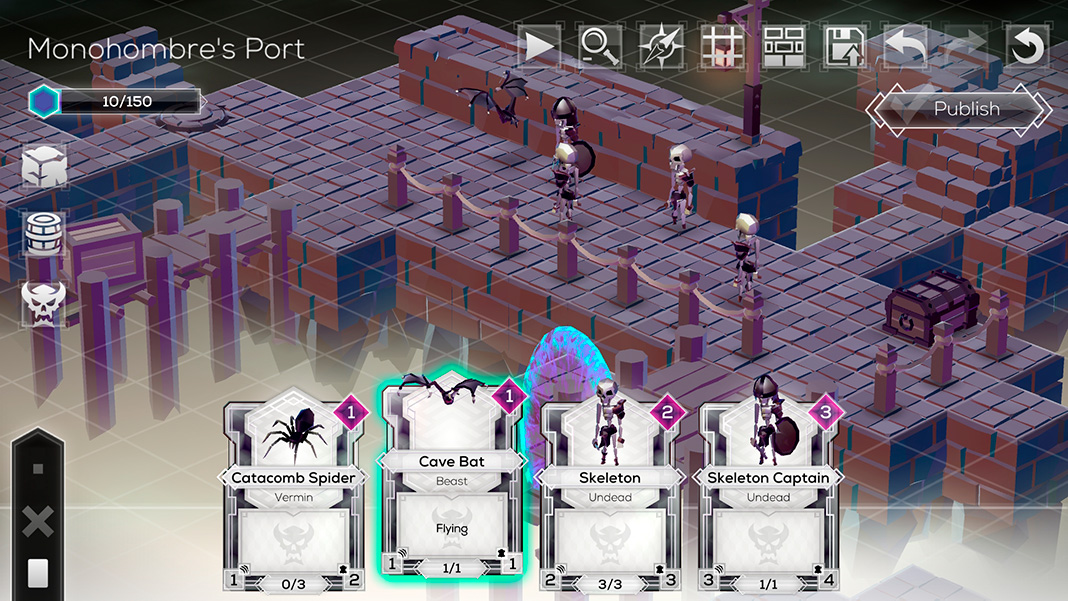 MONOLISK has made a great impression on us. It’s a title with a simple concept and basic controls, with its real hidden gem being its excellent level editor. The inclusion of the card system doesn’t convert the experience into a slot machine game, but instead, it’s an added incentive to keep exploring levels: either for the simple pleasure of completing them or to look for inspiration to create your own screens. It’s a game that’s entrusted the player community to do good work, since a huge part of its success is based on the creativity of its users. We hope that the team behind MONOLISK keeps on adding attractive new features so that this happens.