It’s unlikely that you’d find anyone who’s never heard of Empires & Puzzles nowadays, since it is one of the most popular match 3 games of all times. That’s not just according to us either; there’s data to back up the success of the Finnish studio, Small Giant Games. A studio that until now had only released one lovely title that mixes puzzles and RPG elements. We emphasize, “until now” because Puzzle Combat is their new creation. It’s a game that follows along the same lines as its predecessor, although in this case, it takes us to a militarized future. Although the game has only been released in soft launch, you can already download it without any geographic restrictions via Uptodown. 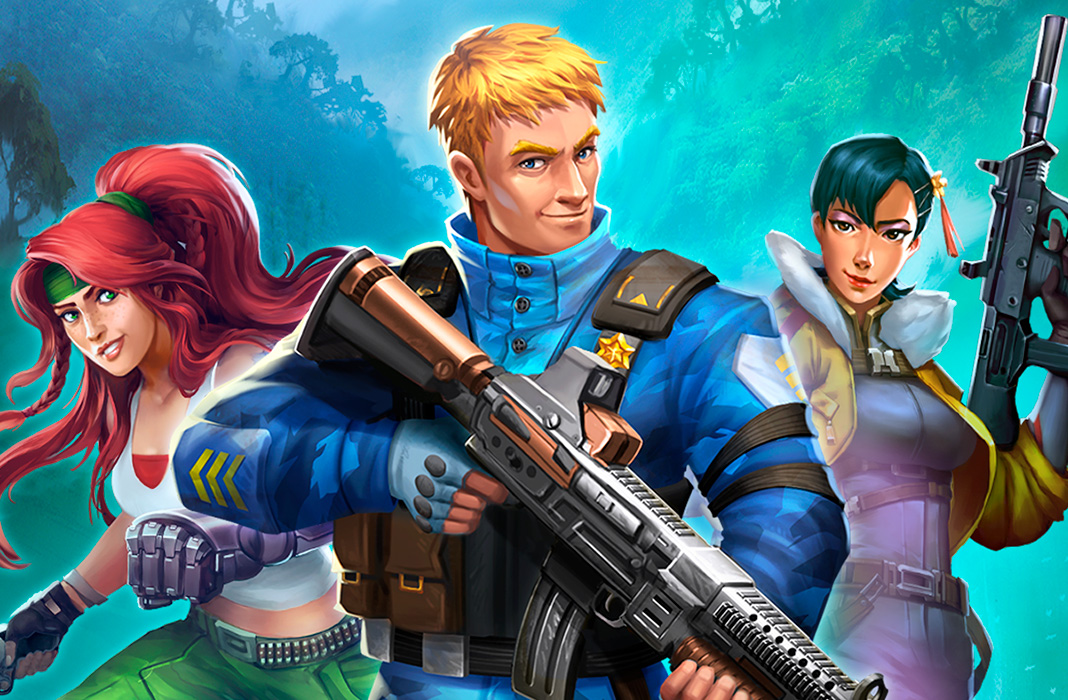 The best way to define Puzzle Combat is as a version of Empires & Puzzles set in a more realistic time period. You can say goodbye to swords and witchcraft and hello to armed soldiers, war planes, and other military fanfare from the not-too-faraway future. It’s a version of the present day where war is a part of everyday life. It’s so similar to the company’s first game that many may even consider it to be a simple reskin: what used to be colored pieces symbolizing elements that were primeval? from nature? Magic the Gathering-style, are now bullets, grenades, knives, sights, and magazines. 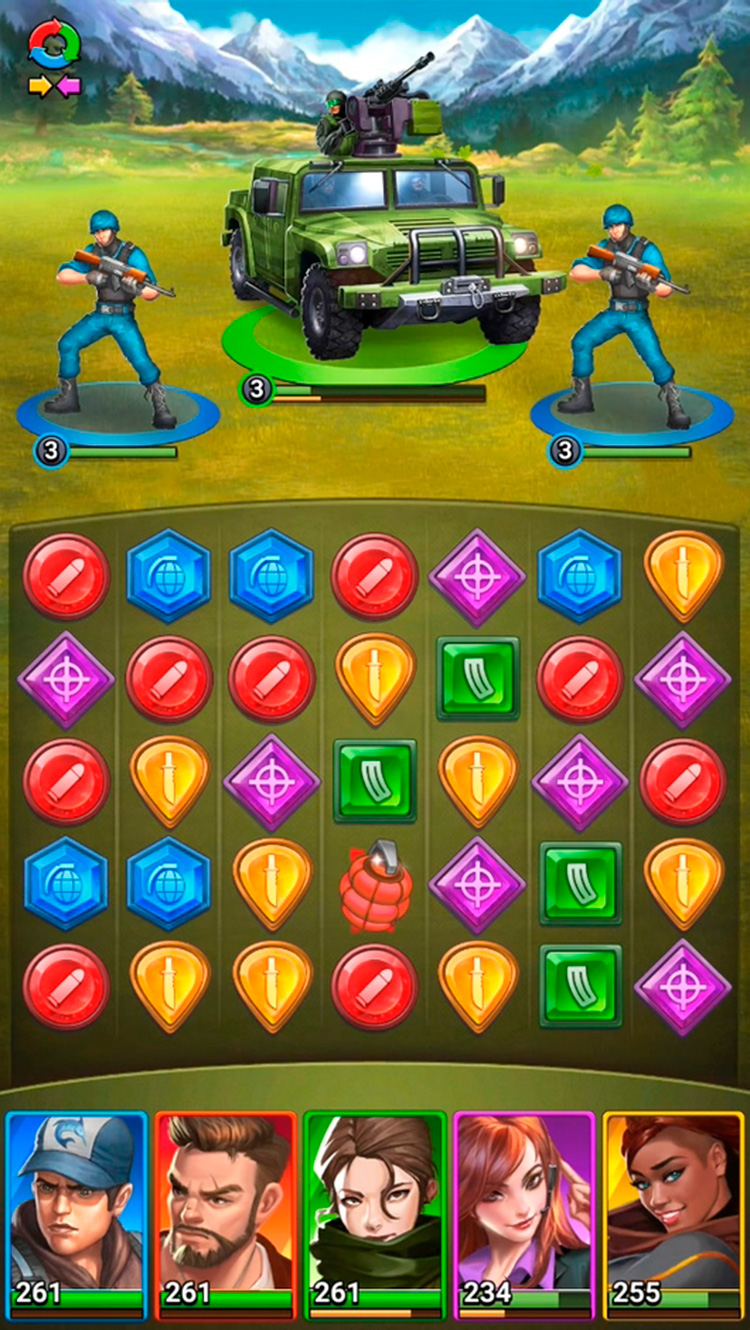 The development in Puzzle Combat basically gets you to the combat. The role-playing part comes in as it brings you turn-based combats with enemies who want to destroy the members of your team. In order to survive the battle, you’ll have to match three or more pieces that attack the enemy found above where they’ve been eliminated. It sounds more complicated than it really is. What’s interesting is that these colored pieces make your hero’s power bar grow until you can release his special power. Some of these characters will attack one or various enemies, heal the active soldiers, or release a special effect, etc. 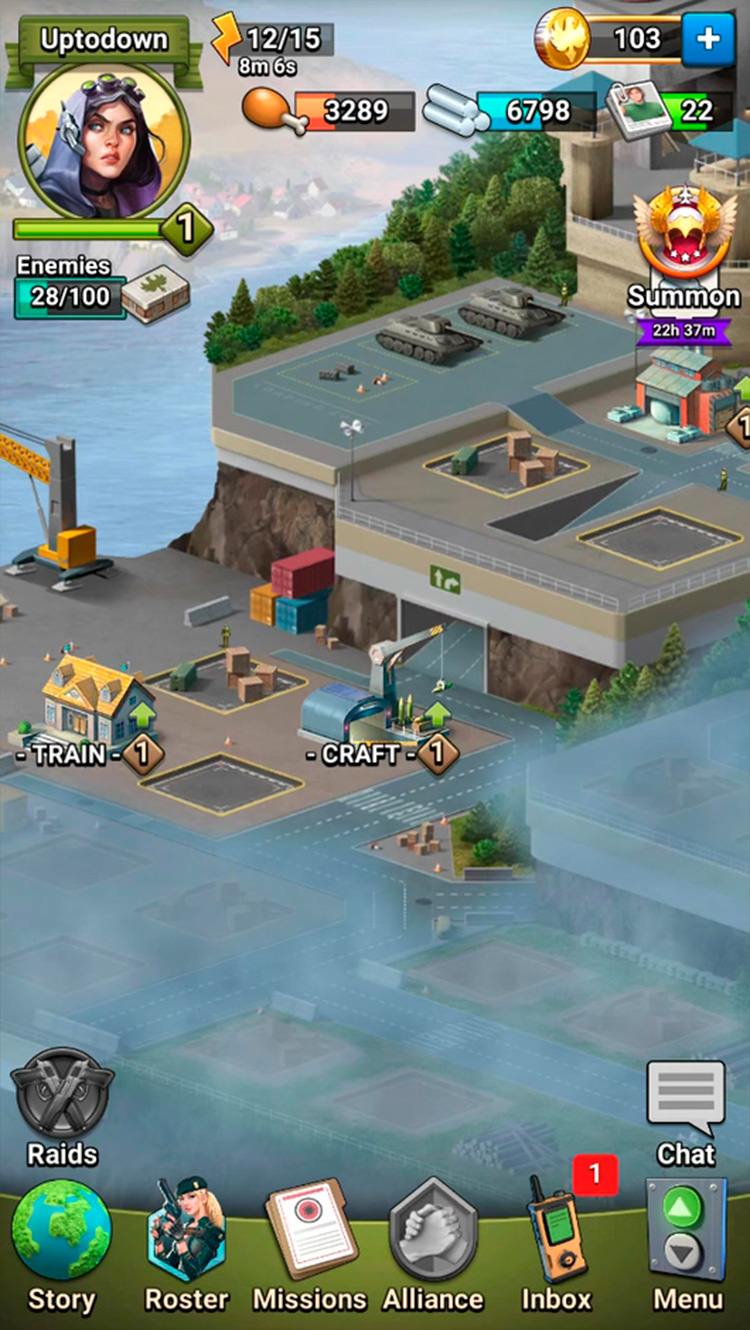 One of the most clearly addicting aspects of Puzzle Combat is that it offers an enormous number of heroes to discover. To get new characters, you have to go through the typical gacha system. You know the drill: random heroes that you’ll have to pay for using the game’s currency. These heroes will vary in power, so it’s logical that you’ll want to put together the best team possible. Plus, not only can you level them up, unlocking new abilities along the way, but you can also get weapons to improve your power.

And if you get bored with fighting in campaign mode, the game also gives you a mini version of base-management and strategy games. You’re not going to be overwhelmed between screens with endless buildings, but at least you can get resources constantly. This is necessary if you want to keep discovering more and more heroes. 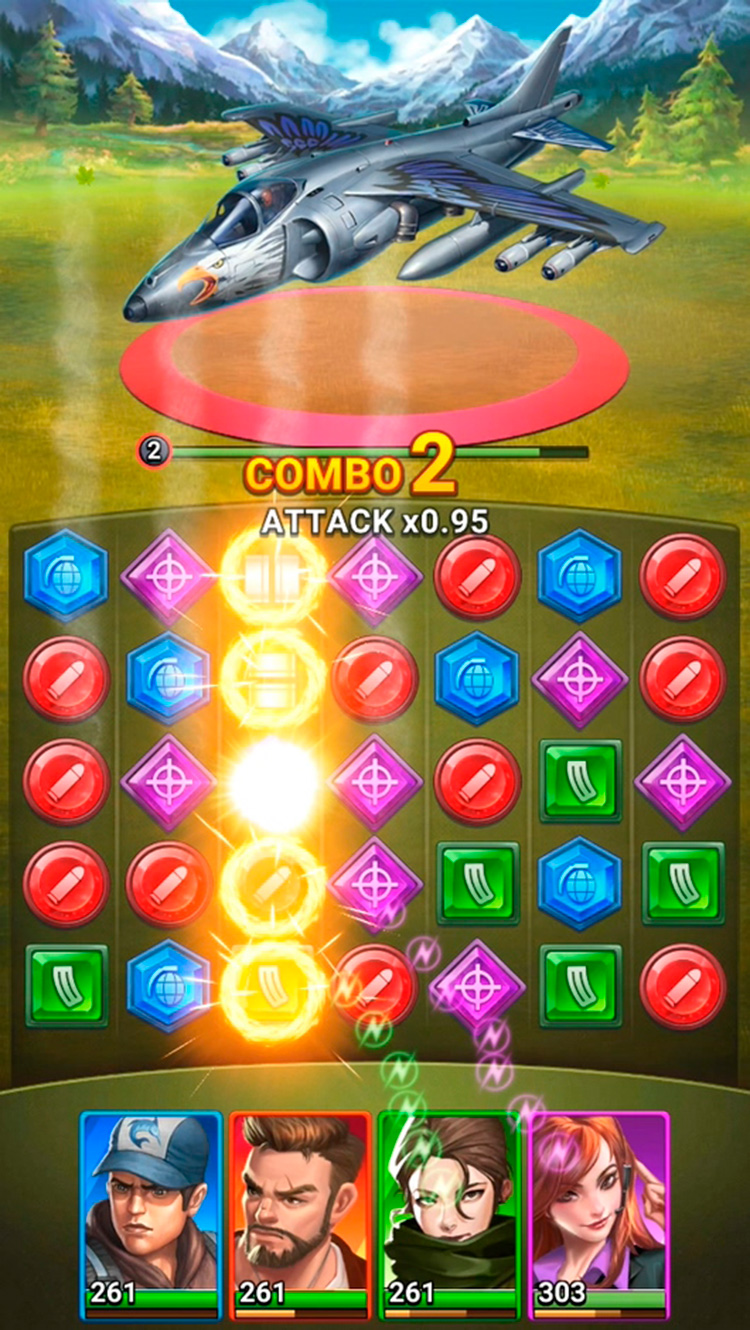 When we talked about Empires & Puzzles we made it clear that it was a flawless game. It’s a title that’s perfected down to the tiniest detail. While it doesn’t provide anything we haven’t seen before, everything it does do, it does it well. Puzzle Combat is practically the same as the original game, so it’s clear we’re talking about another winner here. While it may have to pay the price for being extremely similar to the original title, it’s still sure to attract any fans of the genre who want to try out a new setting. Personally, we’re not the biggest fans of the military theme, but we know it’s a setting that tends to be a guaranteed success. It’s obvious that Zynga knew what they were doing when they acquired this studio at the end of last year.