It seems like it’s constantly raining puzzle games on Android. In fact, it’s probably one of the most fruitful genres that exist in the mobile world. All you have to do is take a glance at our YouTube playlist to get an idea of the enormous number and variety of these games. Empires & Puzzles is becoming one of the most popular of its kind thanks to its repetition of the successful Puzzle Quest formula: turn-based combats where you attack your enemies through puzzles. 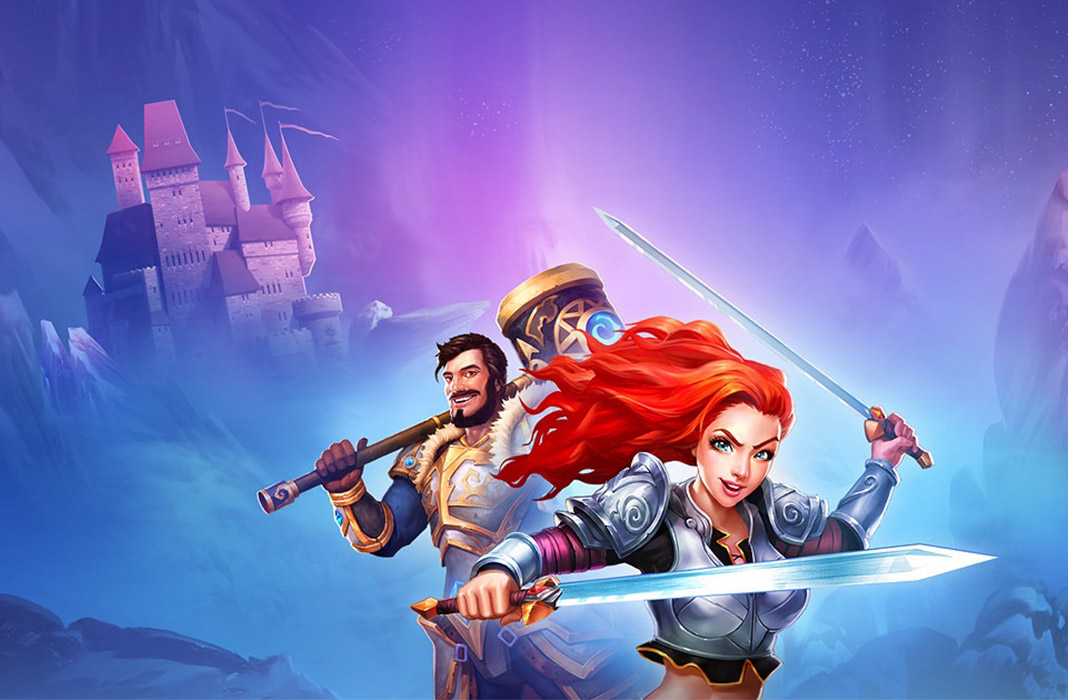 It would be impossible to count the enormous number of match 3 games that exist on mobile devices. We wouldn’t even know where to start. Luckily, Puzzle Quest brought a new subgenre of puzzle games into existence with RPG elements. Many games have gone down the same path since then, and we’ve mentioned some that have tried to apply the idea in a slightly different way, like LightSlinger Heroes for just one example. Empires & Puzzles doesn’t try to be particularly innovative and this just might be one of the keys to its success. 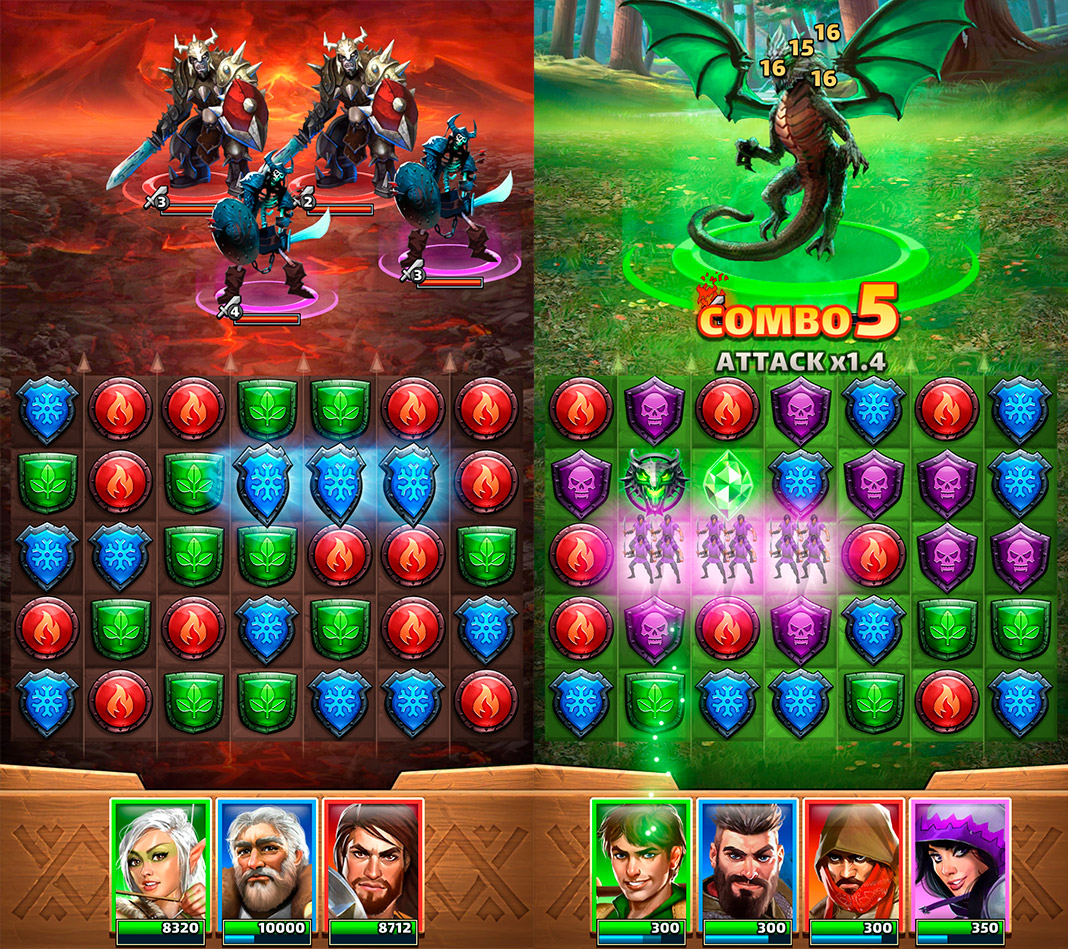 Not every game has to try to bring something new into the world. Of course, ingenuity tends to be one of the features that attracts experienced players the most, but a lot of the time, it’s okay to find games like Empires & Puzzles. A polished game that’s dominating the medium and that squeezes out its knowledge to the very last drop.

This is why here, you’ll be matching up the typical gems (in this case, shields) that, when matched, provoke different attacks on the enemies according to their color. Nothing new. But Empires & Puzzles makes these attacks more and more lethal thanks to the collection of a team of heroes using the typical gacha system, which you can level up, and improve their equipment and skills. On top of this, you also have an empire where you can create buildings; so it’s not missing even one component of the typical mobile games that manage to keep players hooked for hours. 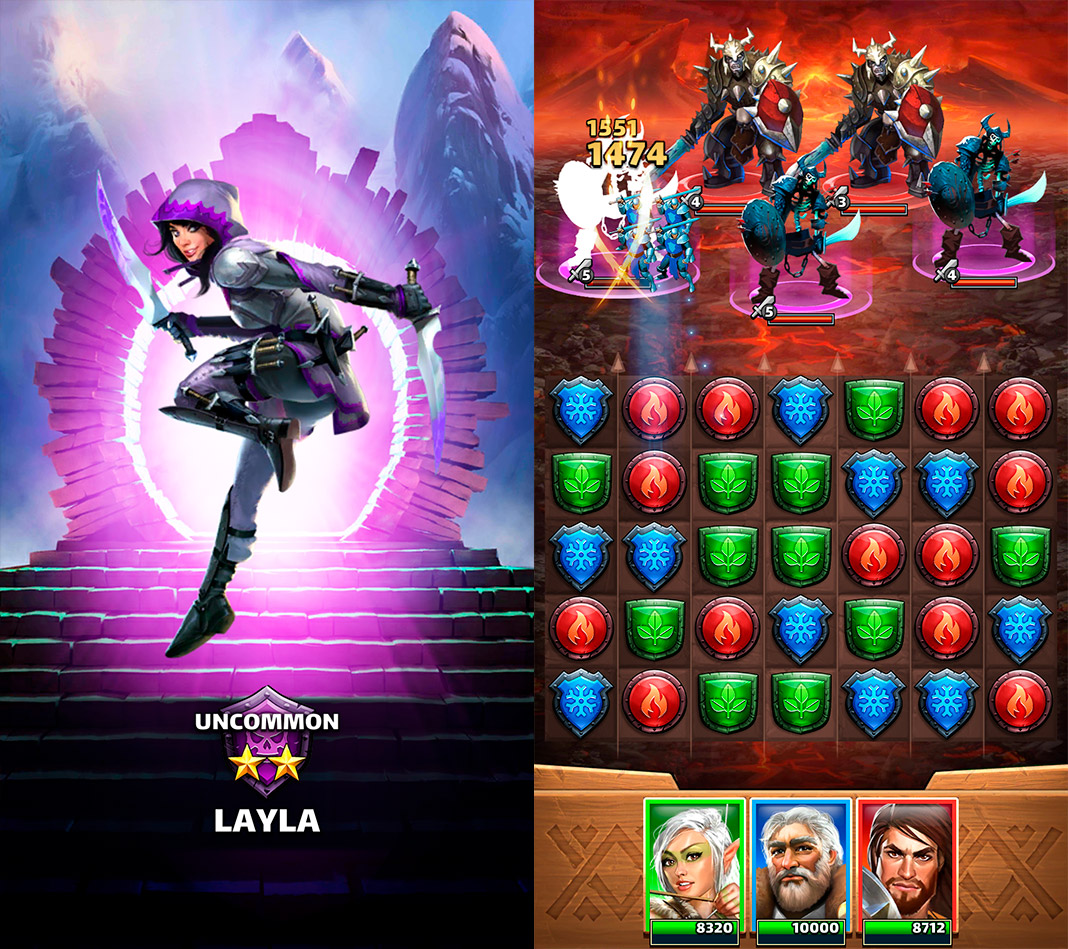 Empires & Puzzles has been picking up steam for a year now, although it officially came out only a few months ago. It’s been collecting awards left and right thanks to this hodgepodge of genres. Without a doubt, this is a high-quality videogame that takes puzzle games one step further in terms of popularity. Around here, we may prefer other sorts of games, but no one can deny the excellent work Small Giant Games did on this game.