We Android users suffer in silence as we continue waiting for a version of Fortnite for our platform. While it’s been promised that it would be coming “soon,” the long wait has allowed for the creation of copies and clones to keep us occupied in the meantime, just like what happened back before PUBG came out. Out of all the clones that already exist, Creative Destruction is, without a doubt, the closest thing to the original. And it’s been available on Android for exactly one week.

It has it all: an enormous island divided into areas where 100 players will drop to the ground from an airplane (here, it’s a flying taxi instead of a bus), and have to fight among each other while an invisible wall closes in. Crafting is also present, although on a much more simplified scale, since there’s only one type of material and it can be used to build square structures through a shortcut. Ultimately, the formula and results are the same.

The allure of Creative Destruction involves the fact that you can play in first or third-person. Just like what happens in the latest update for PUBG mobile, you have to decide on the mode before starting the round. In terms of game modes, you can play alone, in pairs, or in teams. This last option provides a fun “generals” mode where your mission is to to protect the team leader, because their lives are the only ones that count for achieving victory: if you take out all the other leaders, the game is over. 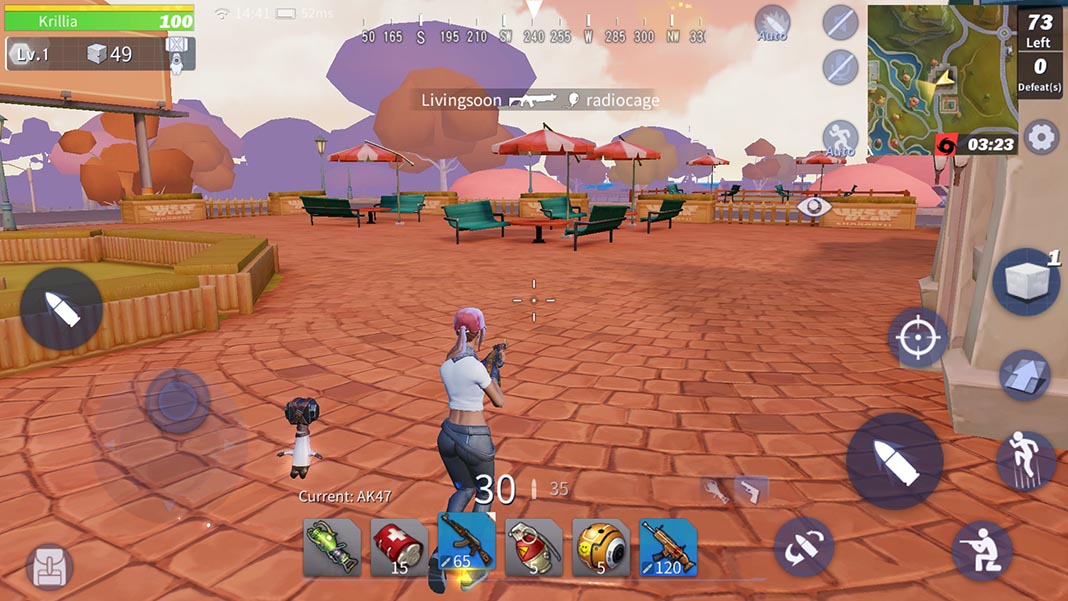 Obviously, the entire model is based on an ingame store where you can redeem star gems to customize the appearance of your character and the gadgets you use. Luckily, in this case, the improvements are all just superficial, so the absence of Pay to Win is a welcome relief.

The game, as we mentioned, became available on Android on June 20. It’s still unclear if there will be any problems with licensing in the future (like what happened with other similar titles like FortCraft; we could only play for a few days in closed beta). That’s why it’s a good idea to hurry up and try out Creative Destruction – before it’s too late.