After several months in beta, the long-awaited Call of Duty Mobile was launched on October 1st and the enormous expectation has had its consequences: Activision and Tencent’s game was downloaded by more than 430,000 users in just 24 hours, making it the second most requested app in Uptodown during that period of time. With these credentials, COD Mobile becomes the fastest growing game in the marketplace hours after its launch.

Official distribution of the most anticipated game of the year

Although released by Activision as the official licensees, the game was actually developed by TiMi studio, which is in turn owned by Tencent. This Asian giant has also managed its publication through other marketplaces and alternative distribution channels. Uptodown is among the sites that offer the app officially. Besides the Android version, GameLoop, the official emulator of the company is also available. This emulator allows you to play Call of Duty Mobile on your PC also. 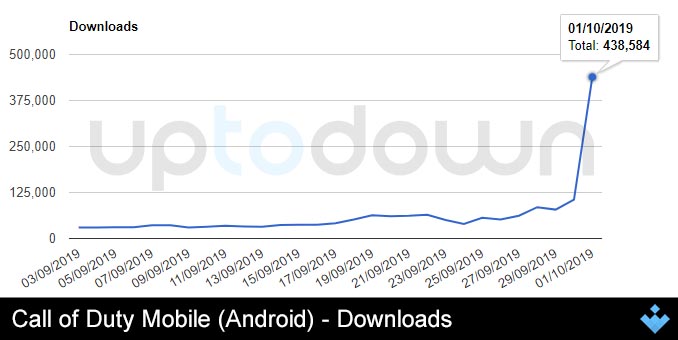 In order to achieve that volume of downloads,  the Uptodown team started monitoring the game since it was first announced back in August 2018. Since the publication of its first beta in soft-launch last December, we’ve offered additional content beyond the distribution of the different betas for Australia or Asian markets. For example, broadcasting gameplays of the different betas in our YouTube channel, extensive coverage through our official blog and constant communication with specialized media and content creators.

The SensorTower agency stated that the game received three million downloads through Google Play and App Store. Therefore, downloads through Uptodown account for more than 12% with respect to what was achieved in those marketplaces.

As a result, we’re currently the best-positioned distribution channel on Google. Since our traffic is almost entirely organic, it remains constant in the long term, which means we’re not tied to content distribution marketing tools and search engine positioning. These are some of the more notable milestones in Google SERP: 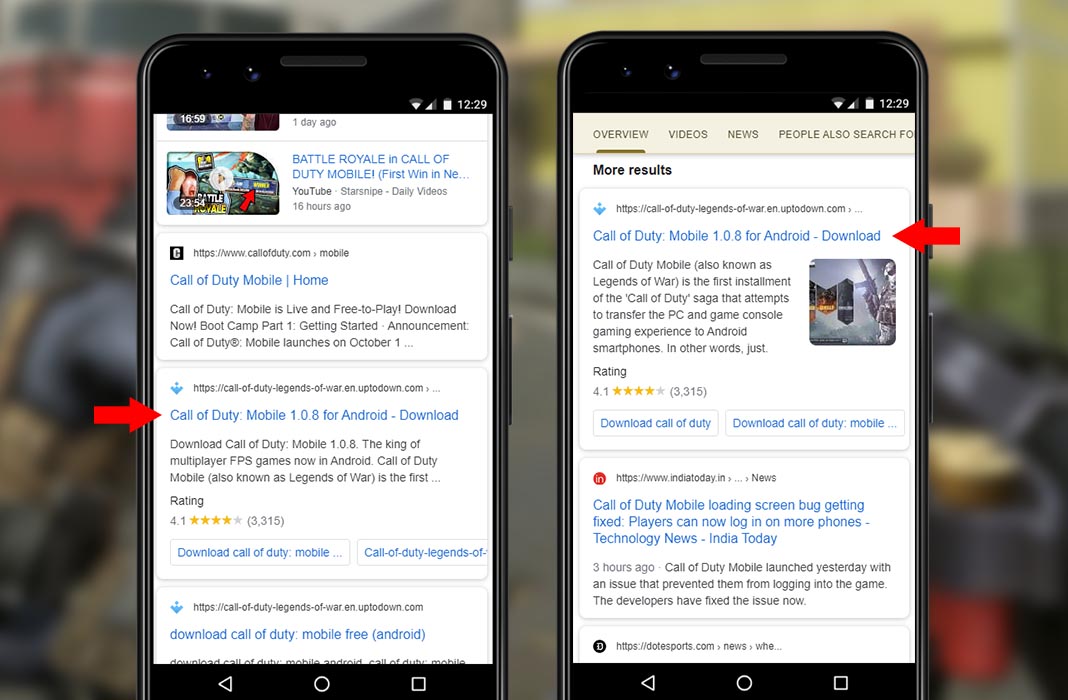 When we broke down the amount of Call of Duty Mobile downloads through Uptodown, we found that 29.5% comes from the English version of the platform, followed by Arabic (24.6%) and Spanish (21%). In addition, versions of the game are also distributed for specific markets such as Korea or Southeast Asia, covering the entire international spectrum with content translated and adapted to each region.