The arrival of the great Cuphead to the world of videogames has made us look back at classic cartoons from the 1930’s with a sort of nostalgia. This phenomenon has inspired many developers to create similar-style videogames. Case in point: Bendy in Nightmare Run. This endless runner not only borrows its style from these classics, but it also offers a gameplay that, in a way, pays tribute to Cuphead. 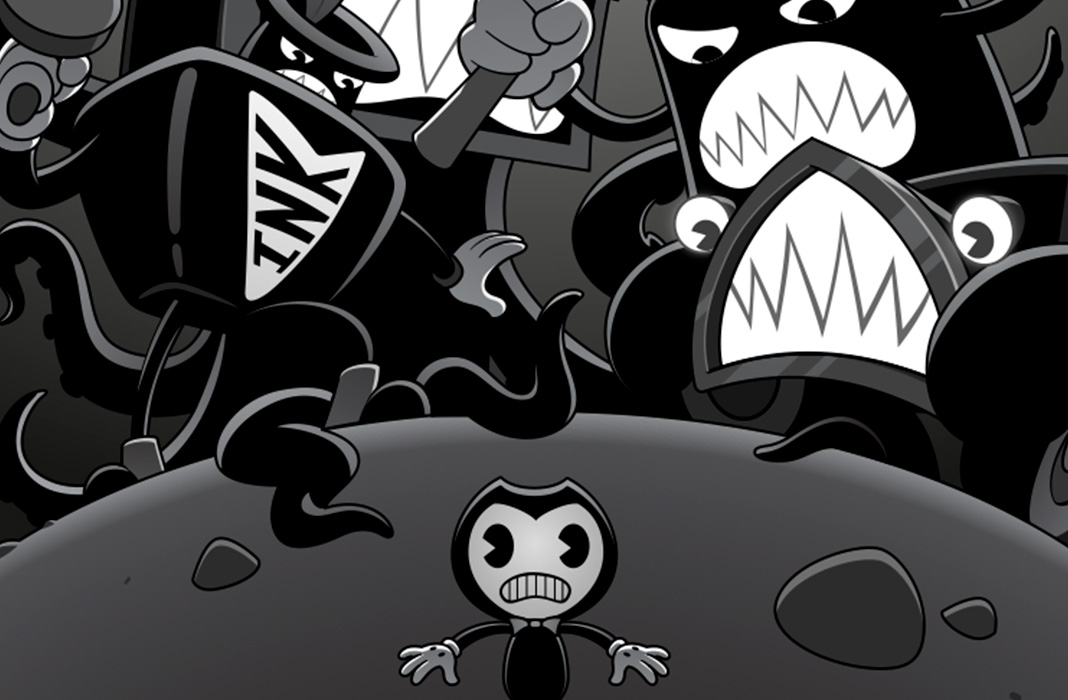 There’s a plethora of endless runners that have chosen to stick to the basic concepts that made the genre what it is. However, we’re living in time when developers are constantly trying to innovate and try new things with these types of games. We’re talking about titles that are specially designed for smartphones that make new improvements to the gameplay, like what happens in Amazing Katamari Damacy and Rowan McPaddles. Bendy in Nightmare Run follows in their footsteps to offer us continuous battles against final bosses where you have to both run away and attack them to win. 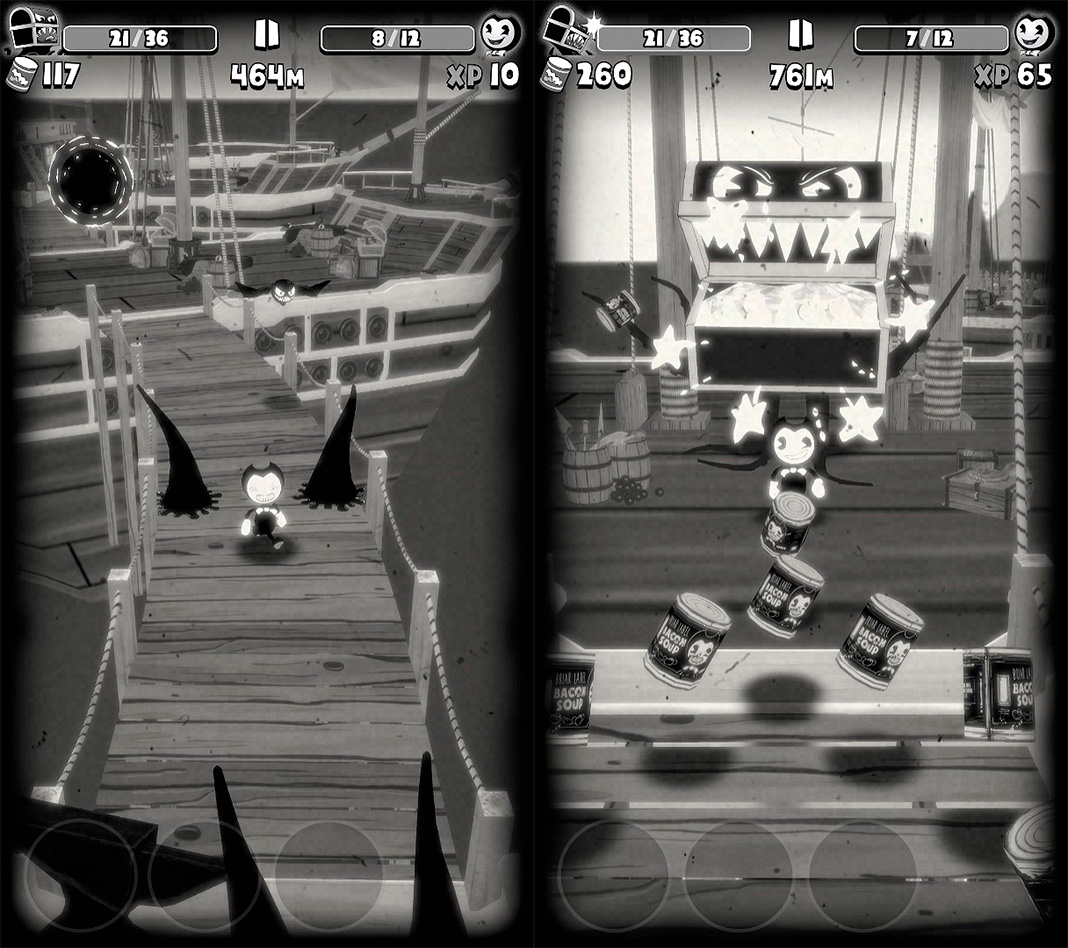 The controls in Bendy in Nightmare Run are the usual for touchscreens, but double tapping the screen lets you attack with the weapon you have at the time. This is a key move to destroy the final bosses that are hot on your trail, and you’ll figure out how to use it easily. Speaking of the final bosses, we should mention that they all have a fantastic design. It’s all a clear tribute to designs seen in animated cartoons from the early 20th century.

Needless to say, you have more than enough weapons available to launch at your enemies, not to mention the variety of skins you have for dressing up your character. Luckily, these purchases aren’t abusive and you can easily play to earn them as long as you show some skill in collecting the typical coins in the setting, which are cans of bacon soup, in this case. That’s right. Bacon soup. 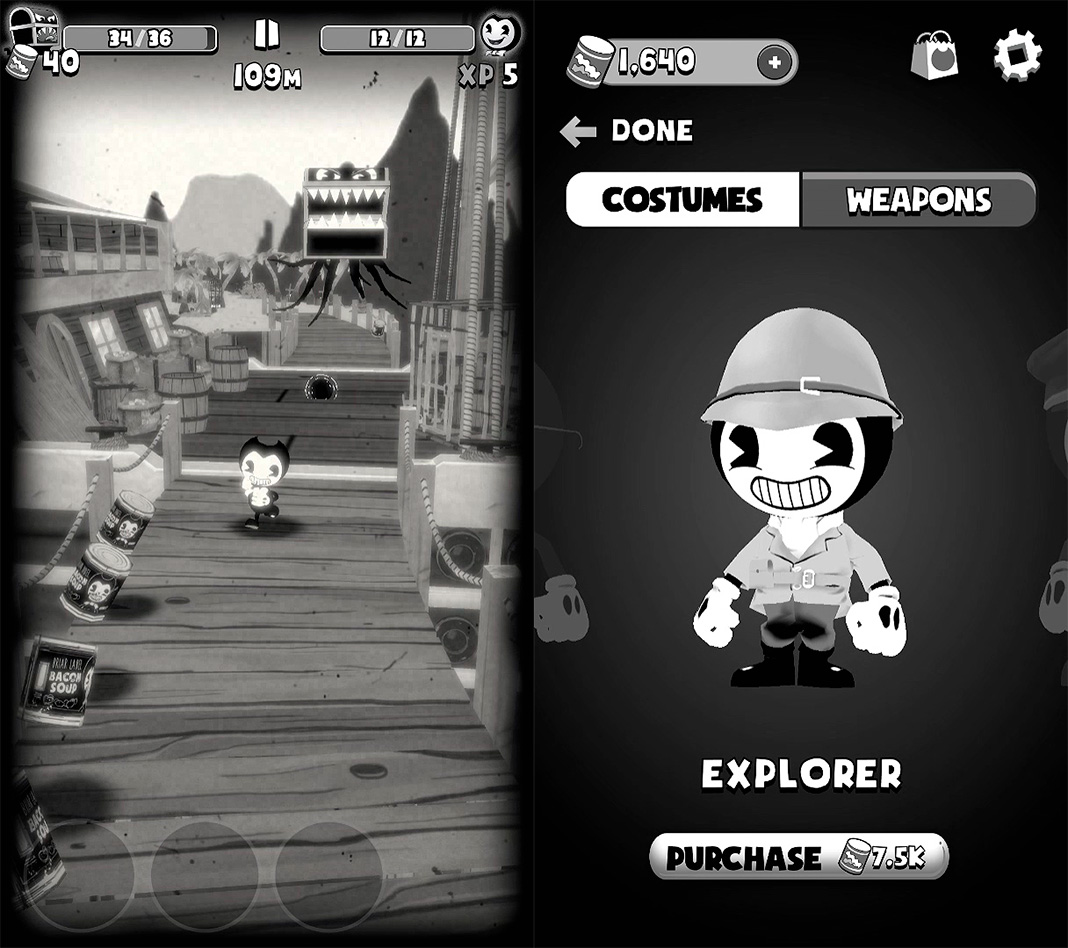 Bendy in Nightmare Run is an excellent endless runner that offers great visuals that are hard to find in other games. Yes, it’s clearly inspired by Cuphead, but it’s still really unique in its own way. It’s a title that perfectly understands the world of mobile games and knows how to make changes to give you a game experience unlike any other.

Bendy in Nightmare Run for Android on Uptodown [APK] | Download