Even though superheroes have been beating bad guys and saving humanity for what seems like forever, it appears that we’re just now living in a time when anything related to superheroes is destined to thrive. The smooth transitions between comics, cinema, and videogames have created an unstoppable synergy, with no end in sight. All this means that Battlehand Heroes is right at home on Android: it’s an RPG with turn-based combats where you control a group of superheroes complete with capes, masks, and some super cool powers. 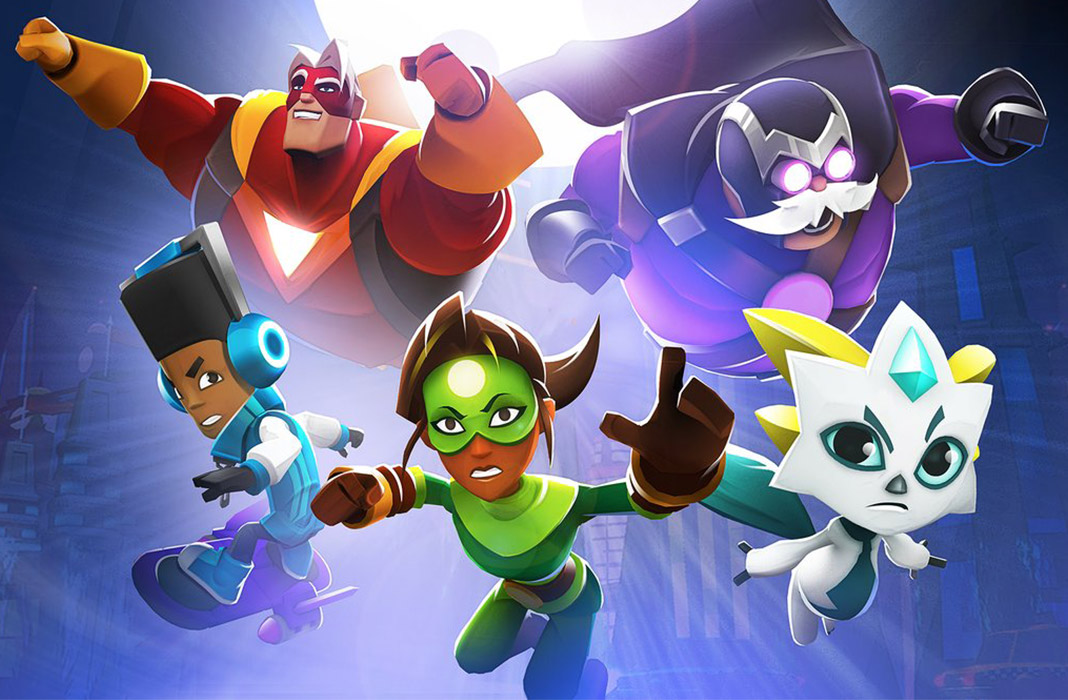 Marvel offers tons of different products, but they don’t all have a permanent patent on all things related to superheroes. Battlehand Heroes moves away from the seriousness and epic-ness that many masked heroes try to exude in their latest cinematic appearances. Instead, what it gives us is something closer to the Pixar movie, The Incredibles. This is obvious from the first moment you start playing the tutorial as you learn the basics of the game. 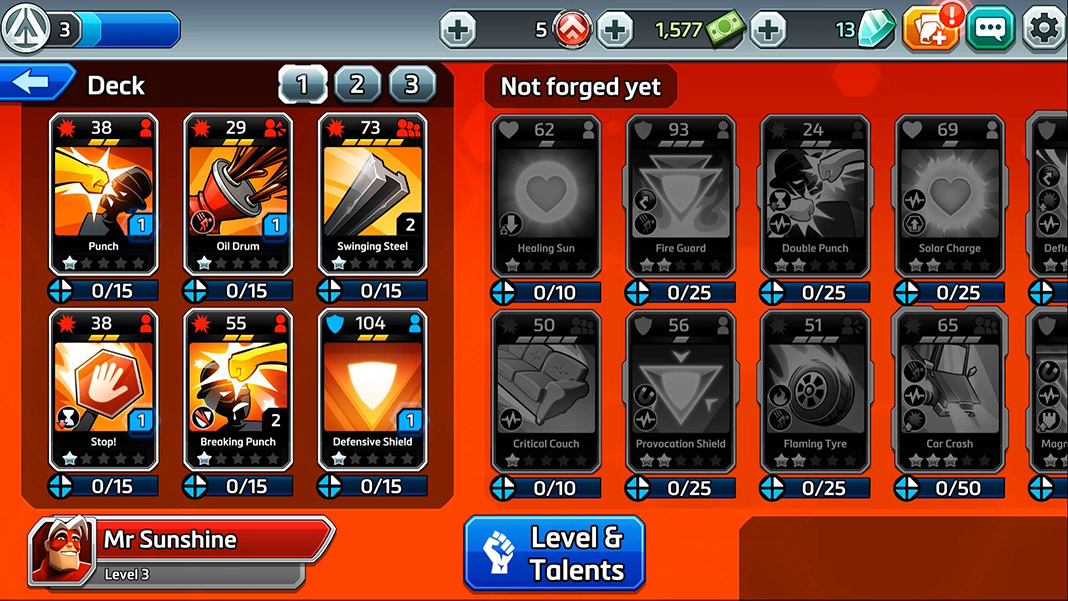 Yes, another tutorial. It seems like all Android games start the same and Battlehand Heroes right there with them. More seasoned players won’t have any problems learning how to play, and between yawns you’ll discover turn-based combats using a customized deck of cards that you can configure for each one of your superheroes. And yes, you’ll also be able to get chests to unlock more cards and you can also level them up to make these attacks more powerful. All the mobile videogame basics. That said, don’t let all this put you off. The game is really great. Kongregate always knows what its doing and it’ll be tough not to get addicted to collecting these cards and masked superheroes. 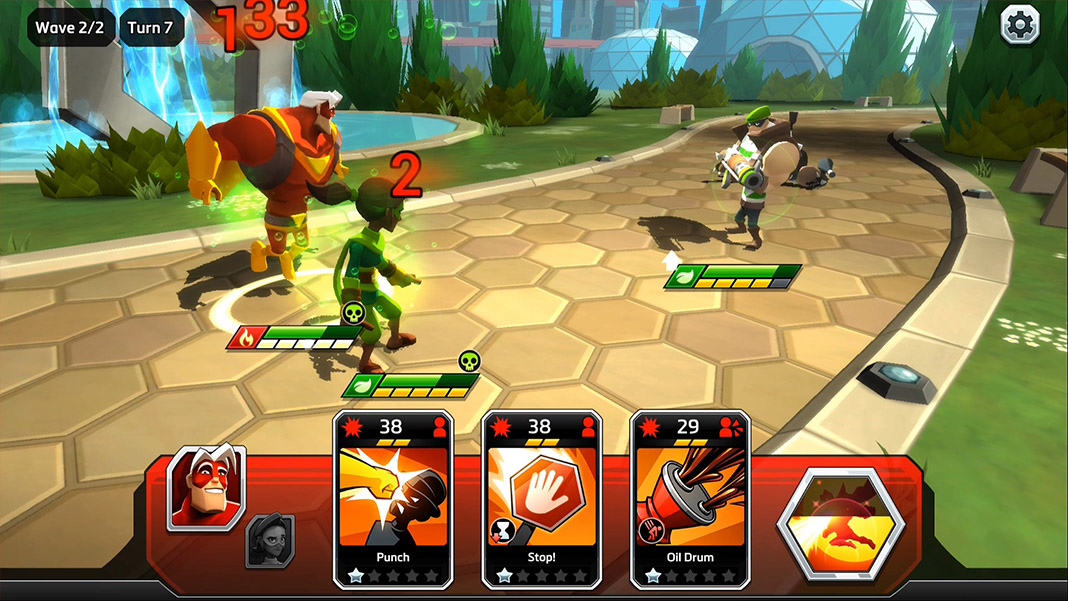 Battlehand Heroes provides tons of game modes that are sure to provide hours of entertainment playing this fun mobile game. It’s always nice to see original superheroes that aren’t from the Marvel or DC universe, especially when they’re so colorful and artfully designed. 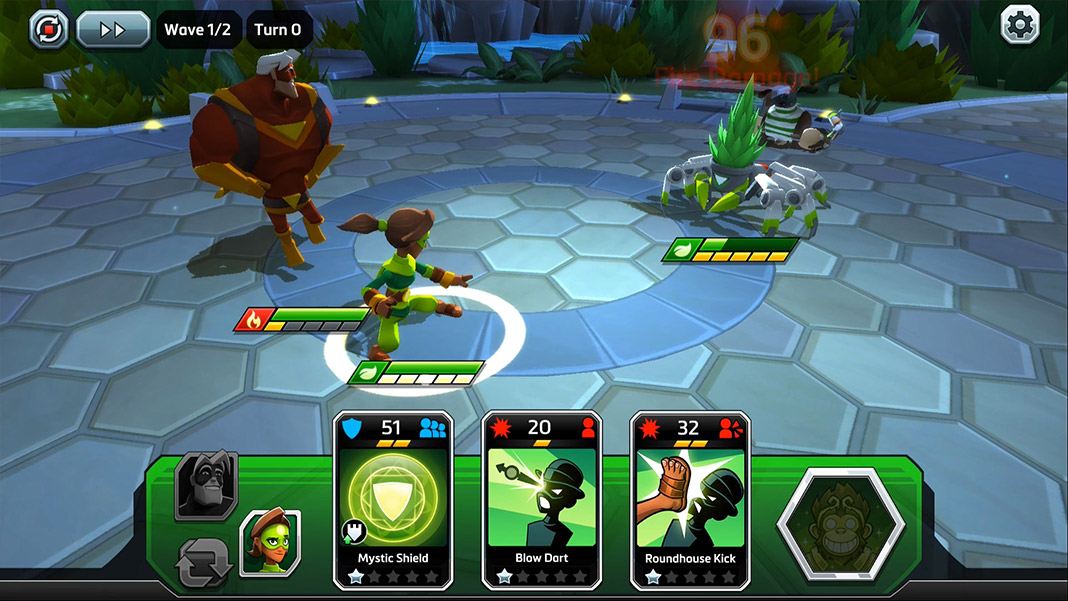