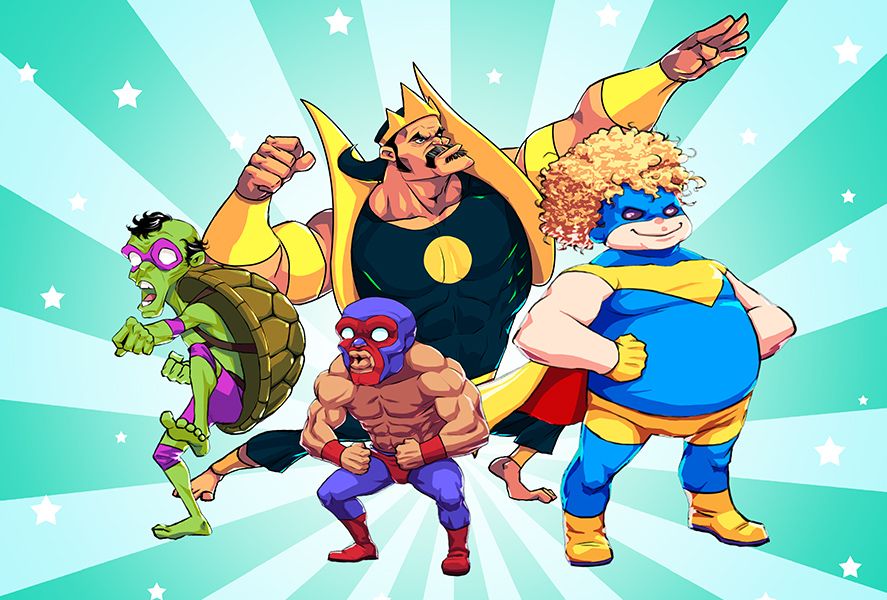 Pixelated graphics have a special sumpin sumpin. Maybe it’s that they take you back to an idealized, worry-free past – a time when 2D was standard and pixel art was the coolest thing ever. Or maybe it’s just that pixelated characters are objectively prettier. That je ne sais quoi is exactly why Uptodown has a gigantic catalog of games where pixel art is king. Pixel Super Heroes is one of them. And that makes us happy. We’re looking at a standard 2D endless runner where you jump when you tap the screen. Yes, another one. But the fact that there are a million games that use the gameplay from Canabalt isn’t a bad thing per se. The problem is when we start getting clones of clones. It’s hard to innovate in the genre and it can’t be said that Pixel Super Heroes tries that hard to do so. But at least they’ve taken the time to add lots of detail to make it an outstanding game to look at.

The superhero theme has always been a fave. As it’s not a licensed product it has all sorts of wild characters with an attractive design. Not sure if it’s the magic of pixel art or what, but Pixel Super Heroes is easy on the eyes. The characters are full of detail and their design and movement are likely to elicit more than one smile. The settings are more humdrum but that doesn’t have to be a problem as that makes the various obstacles and bad guys stand out more. Here the aim is to last as long as you can, and the more accumulated detail there is on the screen the harder it is to keep up. One of the extras that gives Pixel Super Heroes a boost is that though you have to get around barrels, boxes, and other obstacles, you don’t have to dodge the enemies. Dangerous as they seem, you’re a superhero so a good knock is enough to get them out of your way. And the more of them you get rid of, the sooner your allies appear – superheroes who keep you company on your never-ending trip and serve as extra lives. Yep, if one of your characters falls, you’ll start controlling the next one alongside it. An effective and interesting way to make getting extra lives more fun.

Along the way you can collect the ubiquitous coins to unlock cool stuff. You’ll also find different powerups that appear with all the fanfare and noise possible. A spaceship that takes you way ahead, a pistol that gets rid of obstacles in front of you, a robot that picks up coins automatically…. Basically all the standard stuff you find in this kind of game. Except in this case everything looks super awesome. And those small details make Pixel Super Heroes stand out over the zillion other endless runners out there. Pixel Super Heroes is a game you’ll pick up on more than one occasion. Its graphics invite you to run while jumping over stuff and killing the bad guys. It has several challenges that change once you beat them and that deliver tons of coins. And the cast of characters is quite diverse, with each new hero bringing his or her own setting along when coming on the scene.

Time to put your reflexes to the test and try to save the world. One more time. But nobody said life as a superhero is supposed to be easy….