Home Software Reviews Origame: the paper-folding pastime is now on your phone thanks to Ketchapp 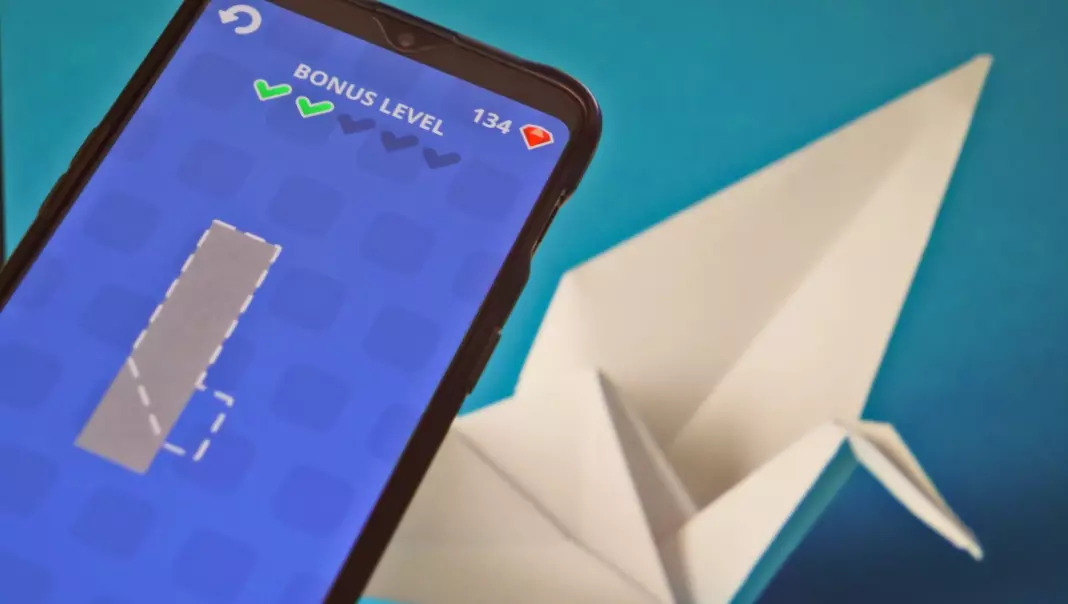 Sometimes it’s hard to figure out how certain Android games that are so simple manage to be so successful all over the world. Ketchapp is one of the companies that uses simplicity as its main key to success with each new release. Plus, the games tend to triumph all over the globe. With Origame, you have to fold thin sheets of paper in order to make them fit within the dotted lines. This is how you’ll manage to solve each puzzle and be cleared to move on to the next. If you’re prone to having sweaty hands, then hold on tight; this game is created to put your precision to the test. 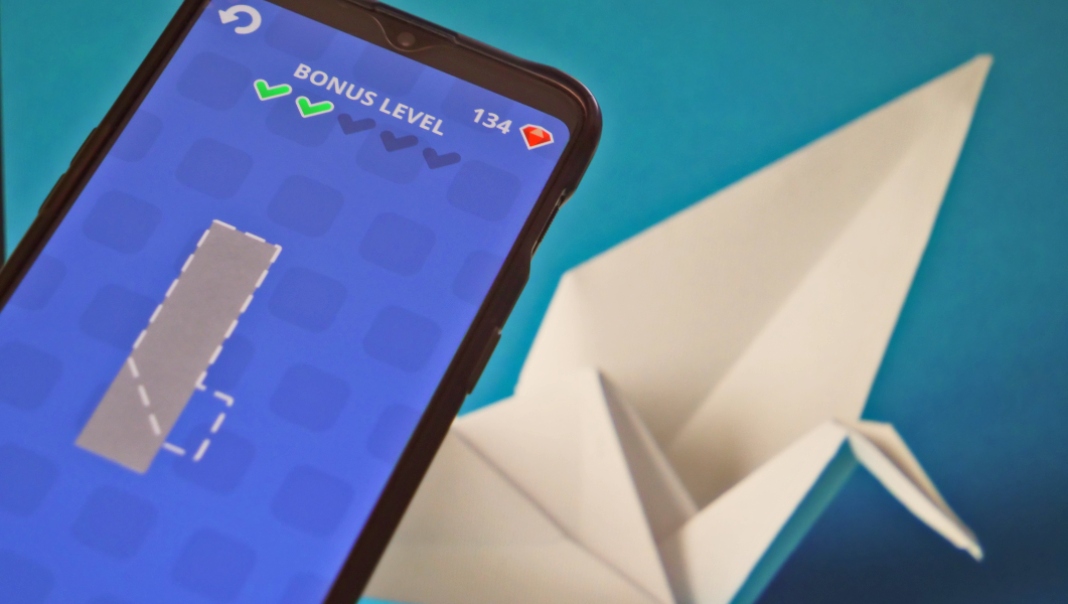 Origame and the success of paper-folding

If one thing’s for sure, it’s that the simplicity of Origame has captivated Android users around the world. According to the portal App Annie, the game has managed to become one of the top five most downloaded game in 14 countries. Plus, the Ketchapp creation has made it into the top 10 in 27 countries. It’s important to point out that the version 1.0 was released in the first week of July, so its exponential growth in such a short amount of time is really impressive. 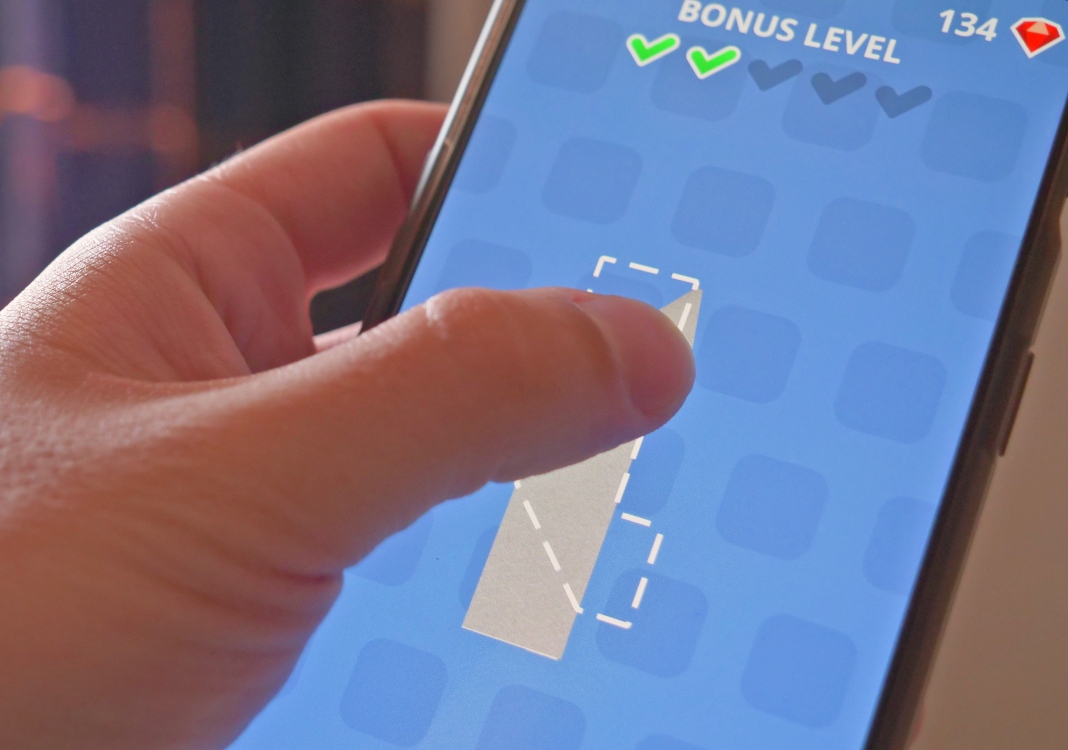 Fold as precisely as possible

The gameplay in Origame doesn’t hold too many surprises. In just minutes, you’ll get the hang of folding each piece of paper. However, as you solve puzzles, the difficulty increases. In each one of the levels, you’ll see a piece of paper and a shape made of dotted lines. Your mission is to touch the paper to start folding it until you manage to get the entire thing to fit inside the dotted lines. It seems simple, but you’ll quickly realize that you’ll have to think carefully about each move you make. Plus, you only have a limited number of folds you’re allowed to make in each level. 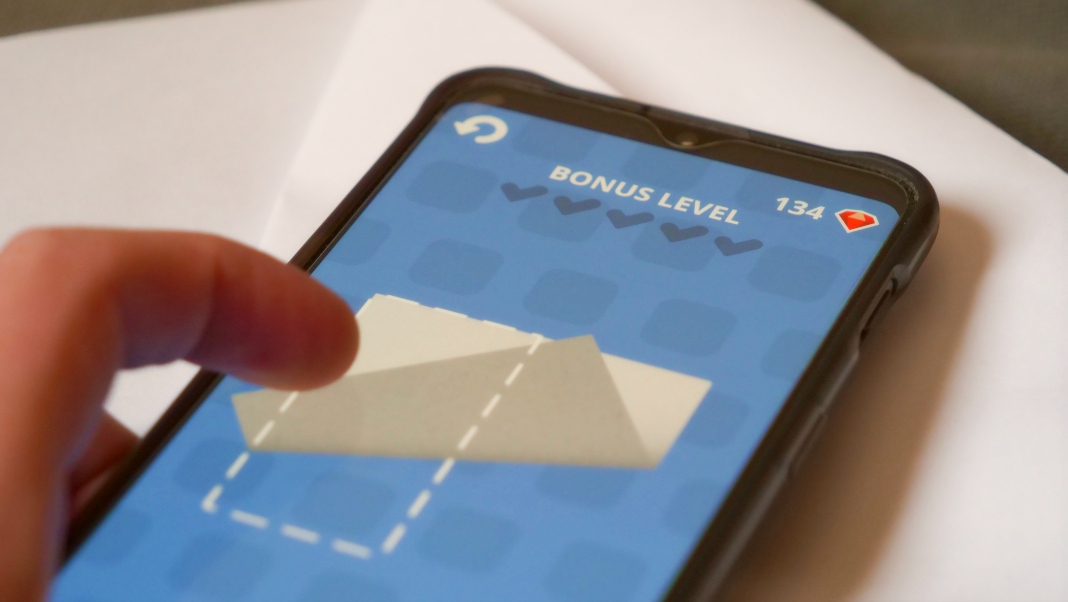 Along with the dotted lines, you’ll see a percentage that indicates the area covered by the paper. Also, you’ll notice that at certain moments, the outline is shown in green. This indicates that you’re close to 100% and it’s time to lift your finger to complete the challenge. The closer you get to making the perfect shape, the better the reward.

So what can you do with the diamonds you win? One thing to do is unlock skins to decorate your paper. Not only will you have white sheets of paper to fold, you’ll also have all sorts of designs to decorate each paper with. This makes for a lot of fun since as you go on, you get to make paper airplanes and other shapes that will be decorated with eye-catching images. 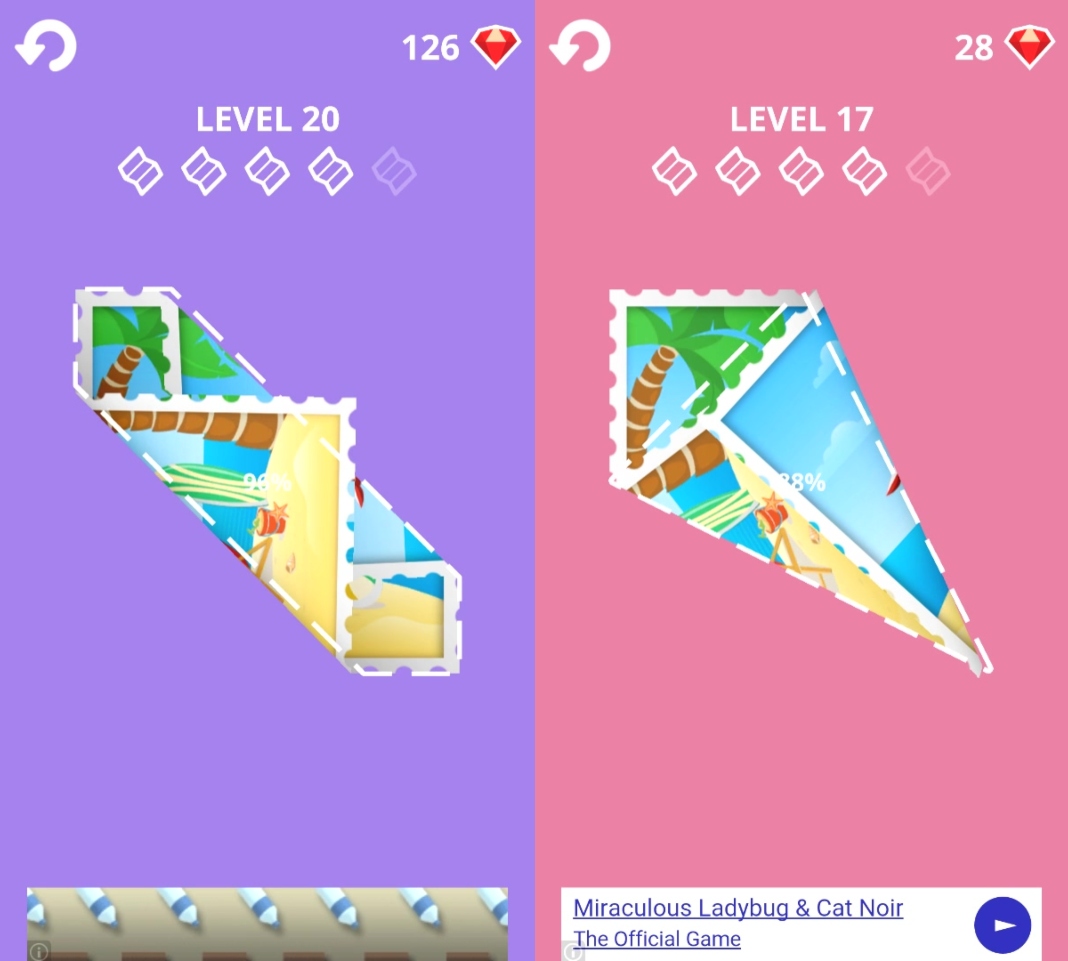 Once again, it’s proven that a game doesn’t need extraordinary and costly development in order to win over the public. Ketchapp has found the key to success once again with a game that’s both fun and relaxing to play. That said, it’s missing some sort of soundtrack to accompany the game. Also, the excessive ads between each of the levels detracts from the experience a bit. However, these downsides aren’t enough to take away from the entertainment you’re sure to get from playing Origame. 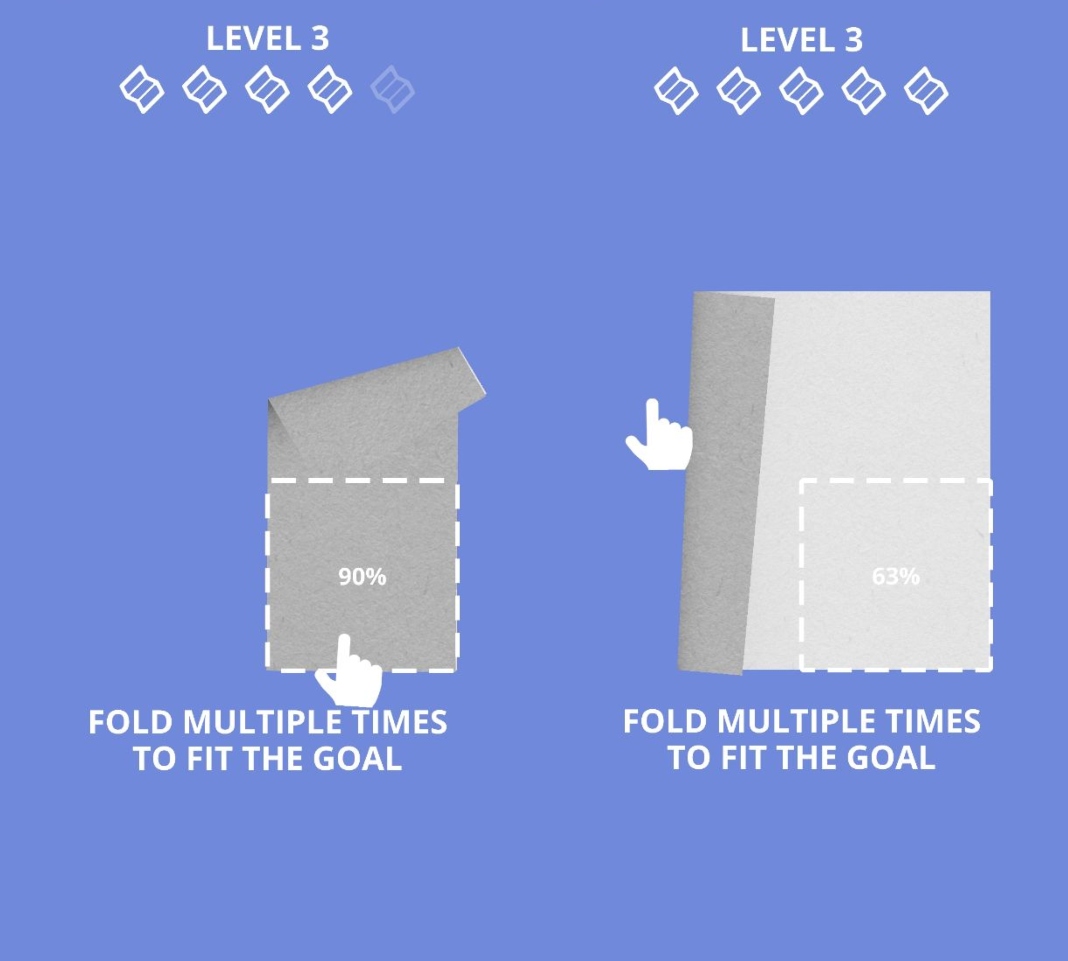