We’ve talked many times about games developed by Ketchapp, and with good reason: it’s one of the few companies that perfectly understands how to translate fun gaming experiences to mobile devices. This doesn’t mean that all games should adopt the simplicity of Ketchapp titles, but without a doubt they do it better than anyone. Given the huge quantity of games they release, we’ve decided to make a list of the best games by Ketchapp that have come out recently. 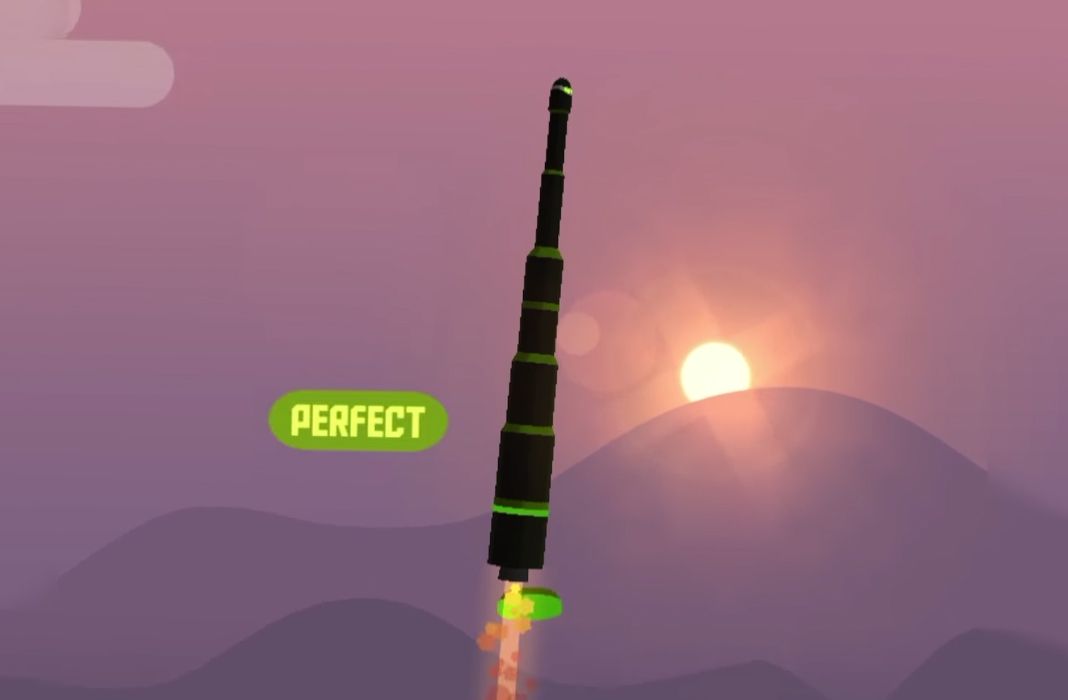 The simplicity of Ketchapp games is obvious from the first moment that you launch Turn. Your task is to keep your square in one piece for as long as possible while traveling down passageways that turn constantly. If you don’t make a perfect turn around a corner, your square will reduce in size relative to how well you timed the maneuver. It continues like this until your illustrious square has been reduced to nothing. Then you go back and start again. [Download] 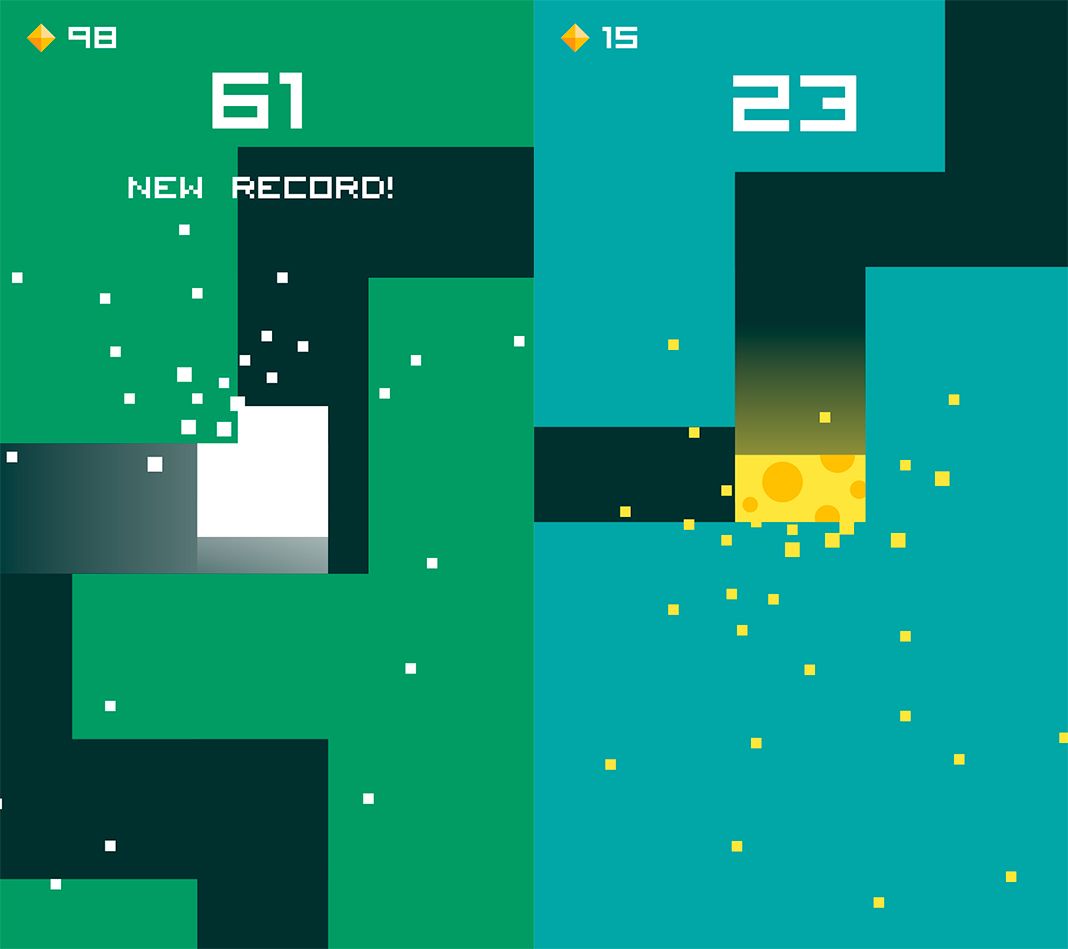 Rush feels like a crazy electronic rave, the typical game that will wear you down until you perish. You have to roll a ball along a vertical path, and you can only move to the left and right. These movements are crucial to avoiding the triangles that fill your path. The game adds to the confusion by changing colors and increasing speed more and more as you continue to overcome the obstacles. It’s a fun and frustrating arcade game with a good amount of unlockables. [Download] 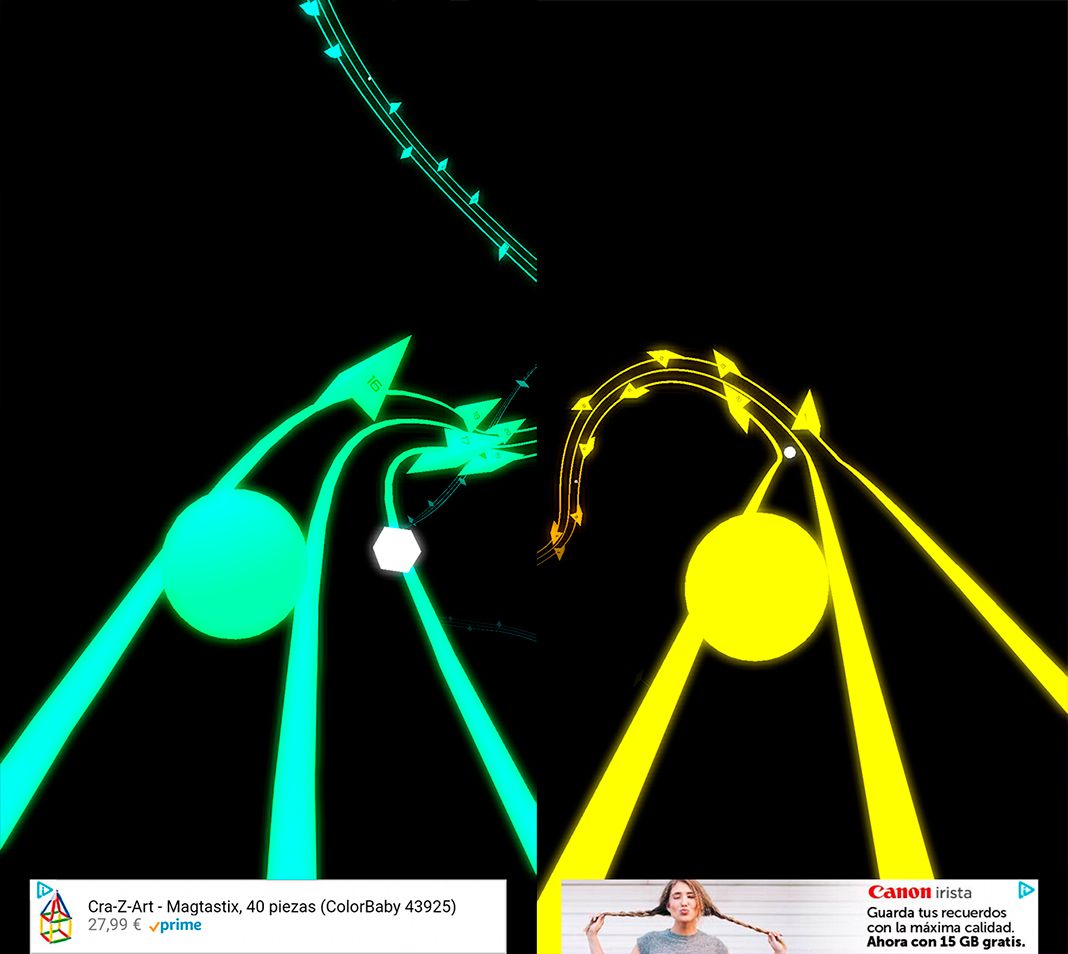 Minimalism takes front stage in this ingenious game that has spawned countless clone titles. In Color Ballz, you control a bar made of Arkanoid and you have to bounce felling colored balls into a tight corridor. All of that just to make them fall again in this diabolically infinite gameplay mechanic that increases your score as you bounce the balls. Another interesting element is that the balls change in color and size as your score increases. [Download] 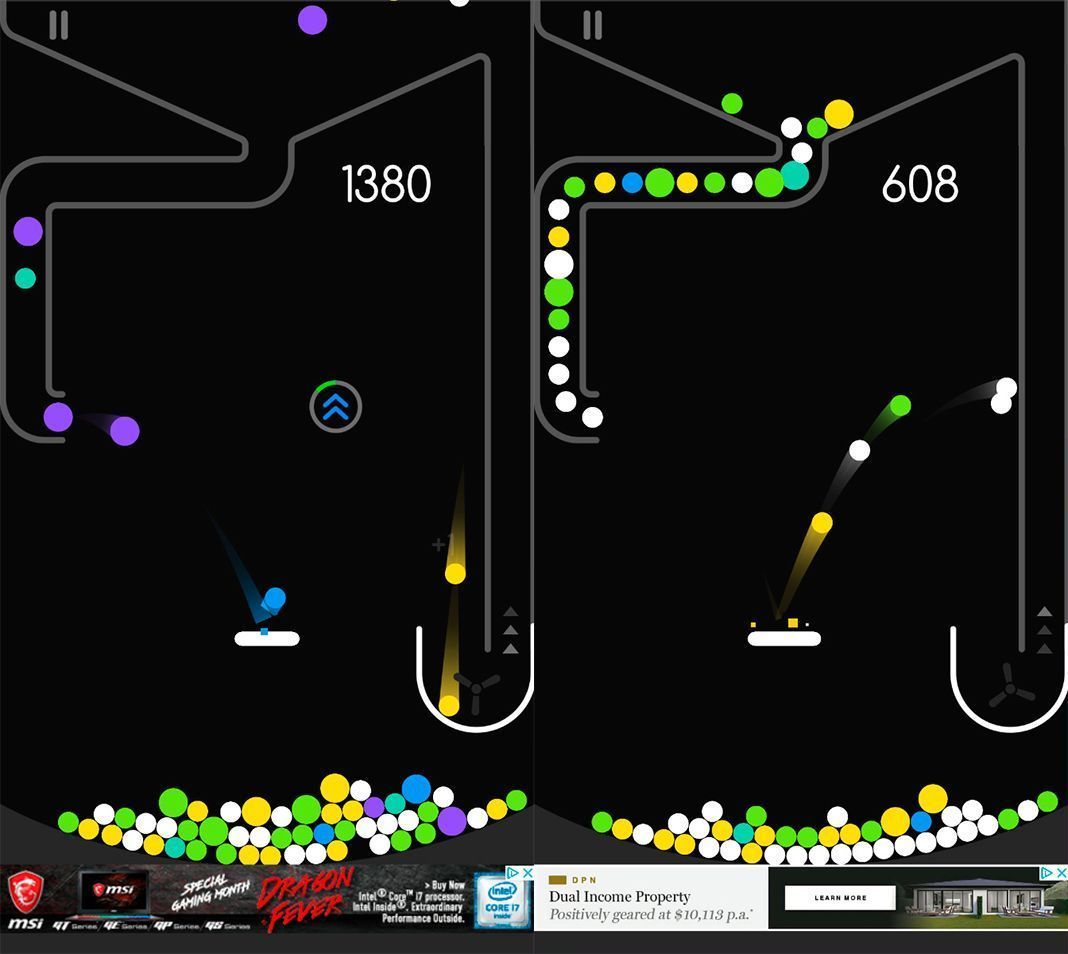 Ketchapp style basketball could be the best way to describe Dunk Shot. You can get a definitive idea of how the game plays with this statement: you have to make baskets constantly by choosing the right angle and shot strength to keep increasing your score. It can be tough at first to land your shots, but once you get the hang of it you’ll turn into a real hot shot. Literally hot, with flames. [Download] 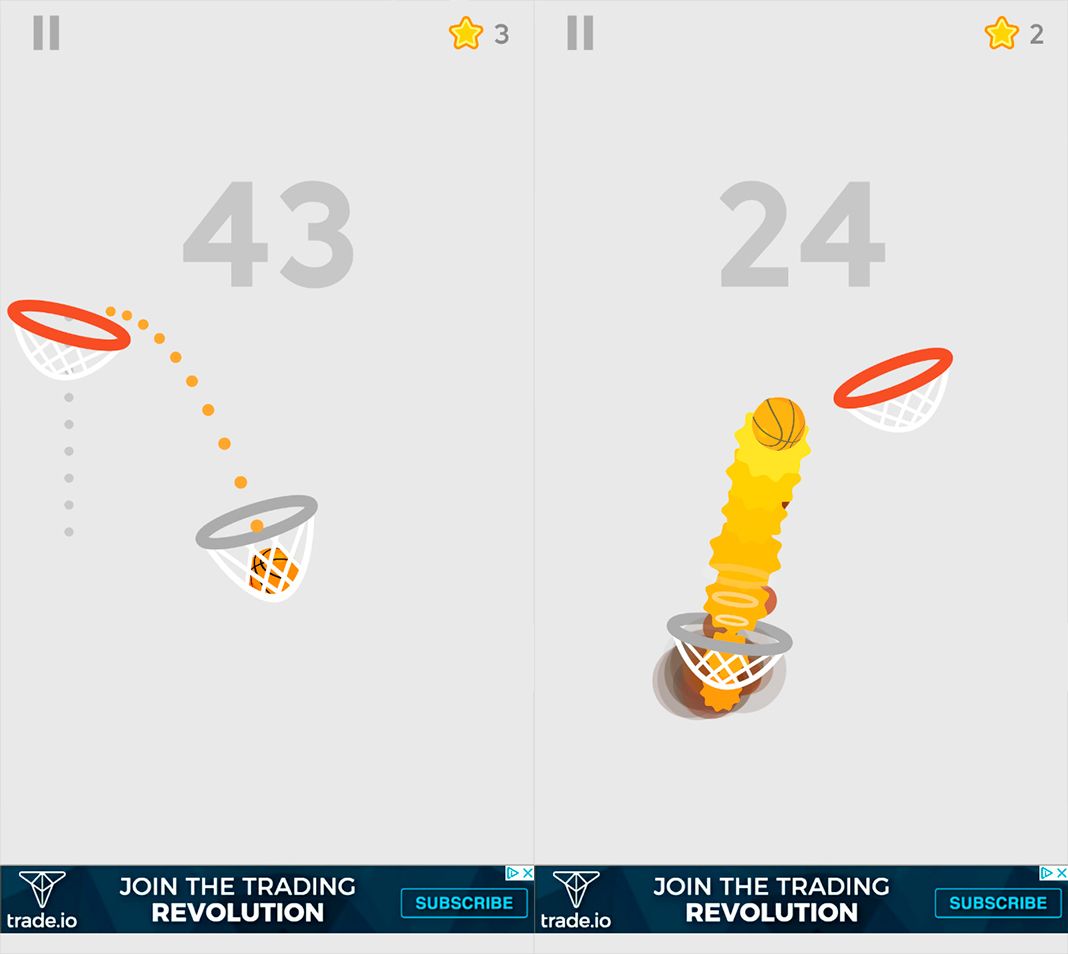 Ketchapp became a part of Ubisoft in 2016, and this fun homage was released to celebrate 10 years of Assassin’s Creed. Although The Tower Assassin’s Creed is a clone of another game by Ketchapp, it has its own charm thanks to the addition of elements from the Ubisoft franchise. Historical sites, assassins from the series, and even the iconic cart filled with hay make appearances in this entertaining game. Its gameplay is sure to impress. [Download] 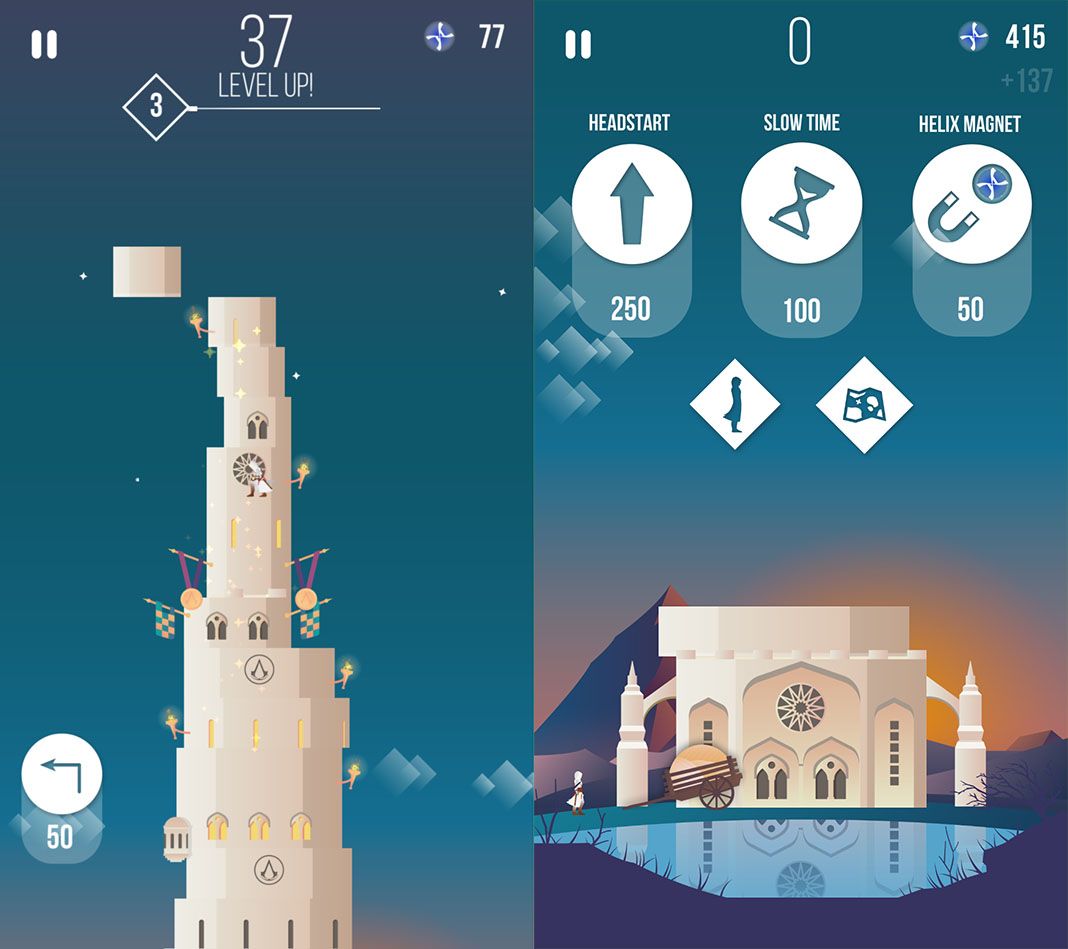 Something as simple as putting pieces inside others turns into a pastel colored audiovisual marvel. It’s the perfect game to enjoy cool visuals that transmit nothing but good vices. Not only does it have artistic beauty, it also has a nice message of inclusion. Each time you connect a piece, an anthropomorphic being that lives on it will join the others that you’ve reunited previously. Plus, unlike most of us, these beings are always happy. It’s like a dystopian world where humanism is the best way to survive. Maybe that’s reading a bit too deep for a game of connecting pieces, but that’s the magic of Ketchapp. [Download] 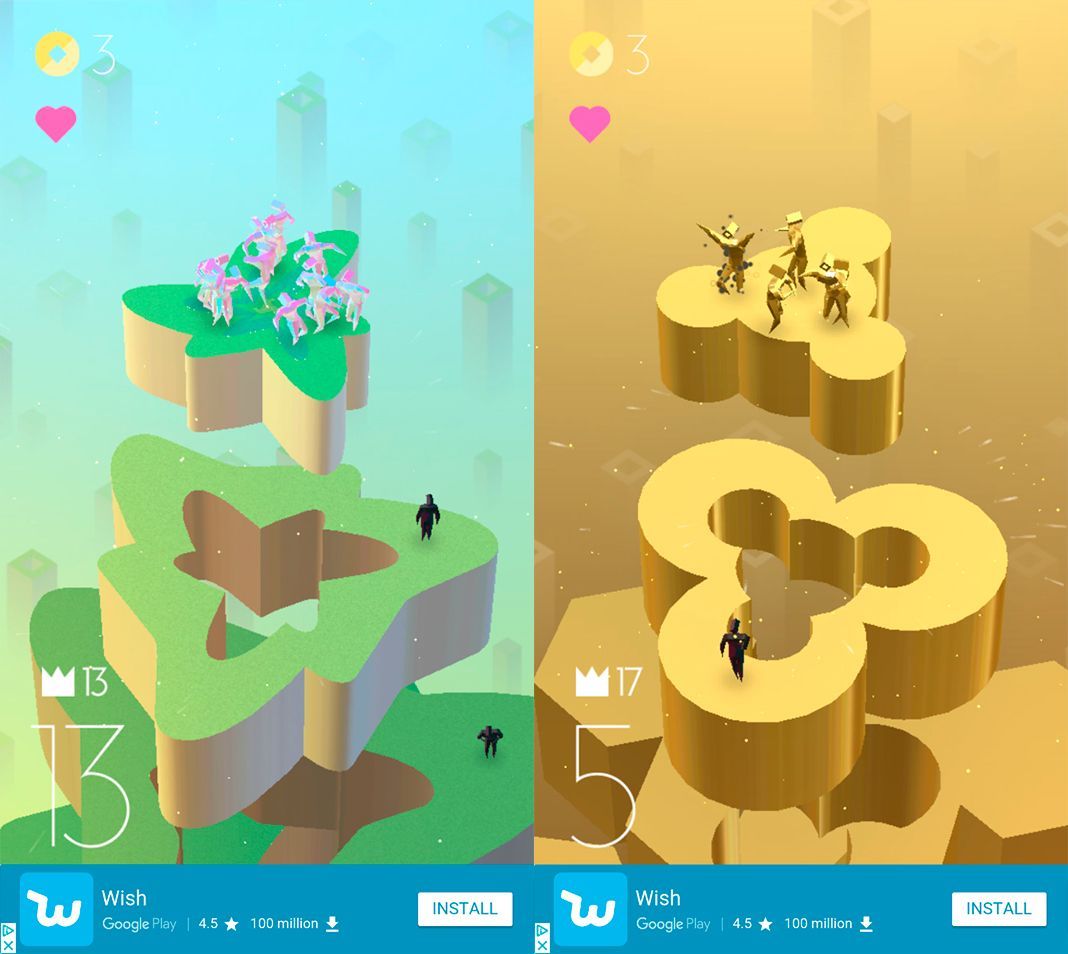 All of the attributes we normally praise in Ketchapp titles are present in this entertaining game. The simplicity of tapping the screen to launch a knife in a straight line down the center of the screen. Unlockables that bring you back again and again. The speed at which you can fail and start over. It’s a fantastic arcade game with simple but addictive gameplay. Also check out the final bosses, which will unlock special knives to throw over and over until you’re exhausted. [Download] 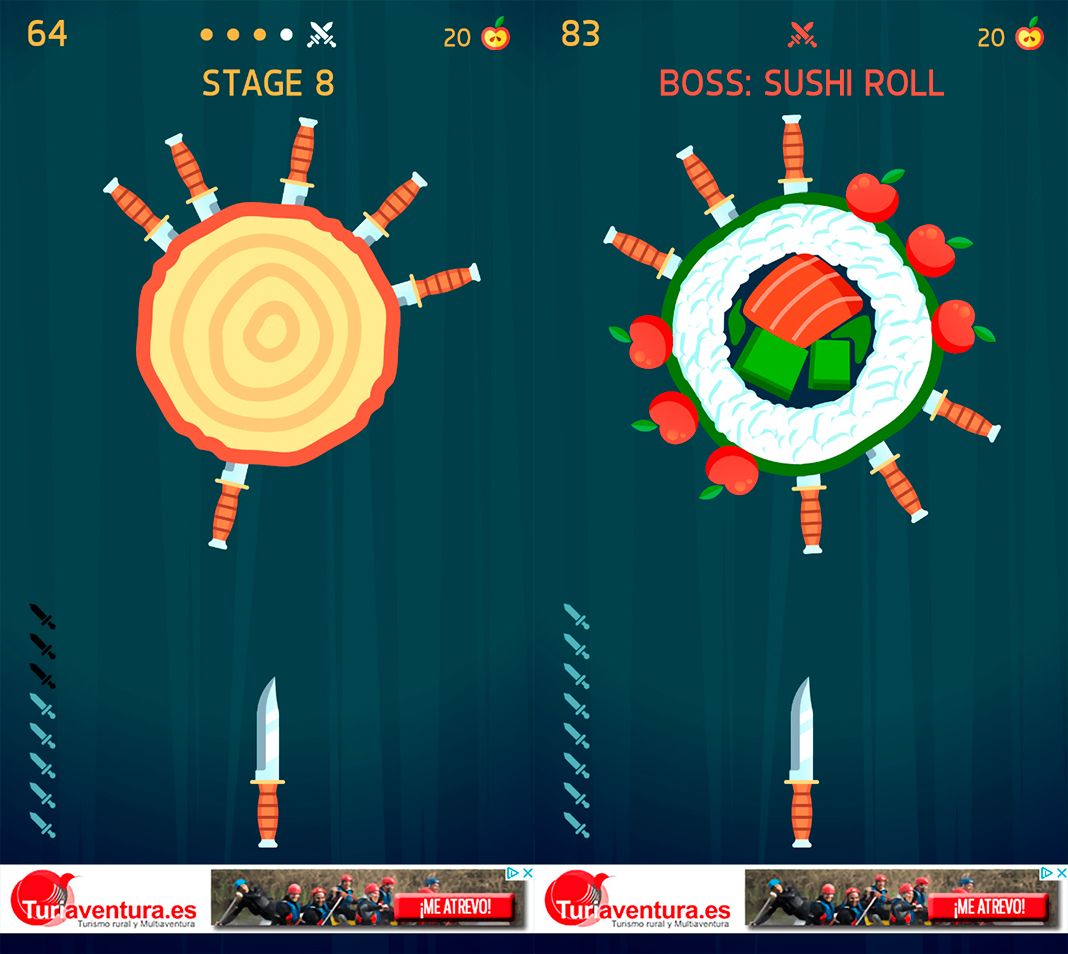 This is one of the most interesting titles released by Ketchapp in recent times. Rider was named one of the best games of June last year, and for good reason. It has the simple gameplay of Ketchapp, but in an irresistible retro future package. It’s full of tricks to learn and unlockables that will keep you playing to infinity and beyond. [Download] 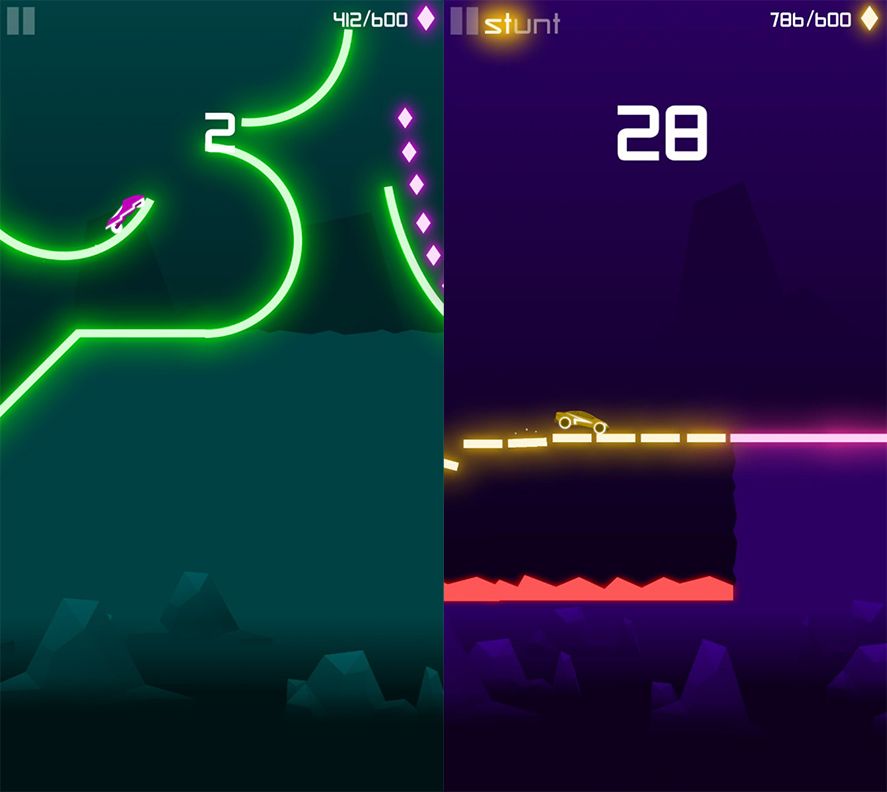 The controls are a bit crazy in Stairs, a game with a somewhat higher difficulty than the other titles on the list. Your task is to climb the highest number of steps with a ball that you control directly with your finger on the screen. The ball moves horizontally and you have to try to avoid the spikes that litter your ascent. The nice thing about this game is that it has many challenges that make the experience more satisfying and extends the life of the game. You will need iron reflexes. [Download] 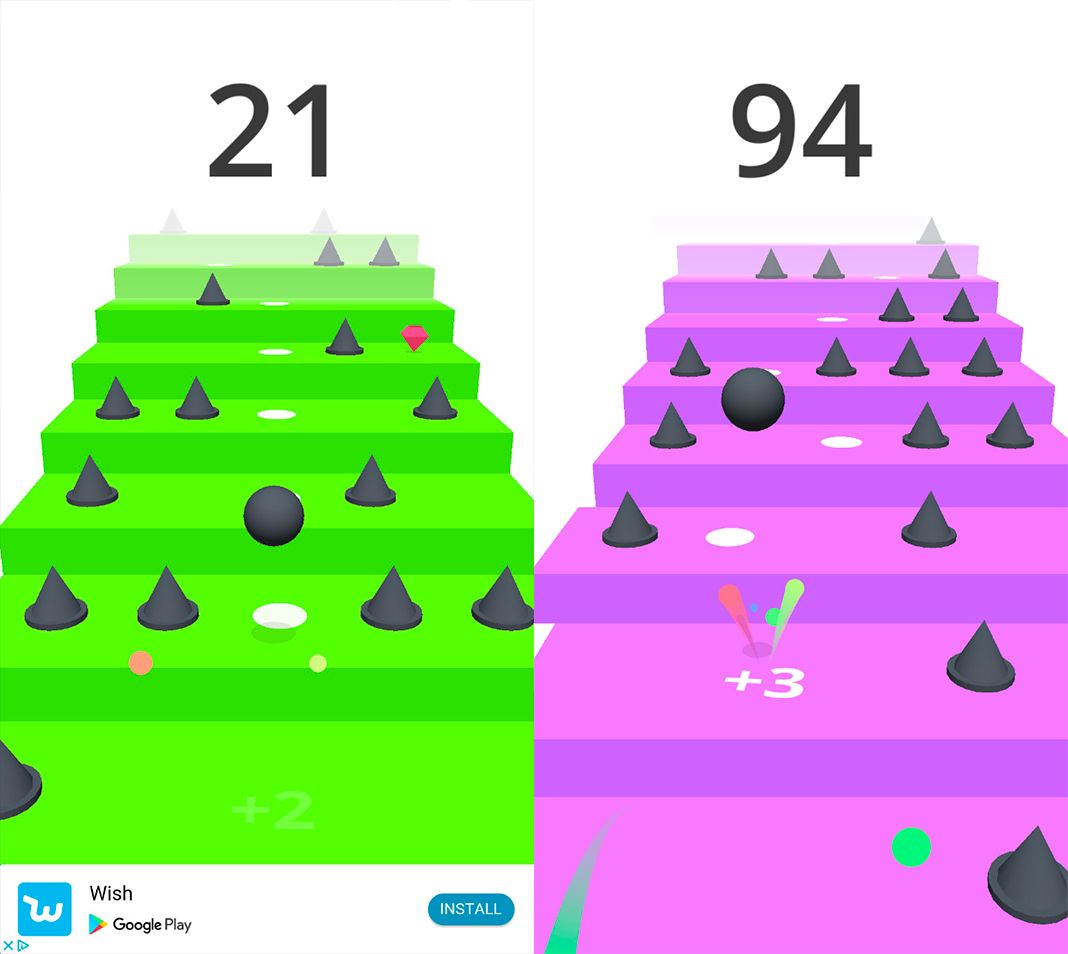 The space race might not have the fame and glory that it had in the past, but Space Frontier brings back the feeling with its incredible style. A total gem of a game with the only objective of flying as far as possible with your rocket by separating its different parts. You really need to see it in action, then go download it an enjoy it for yourself just like we did. [Download] 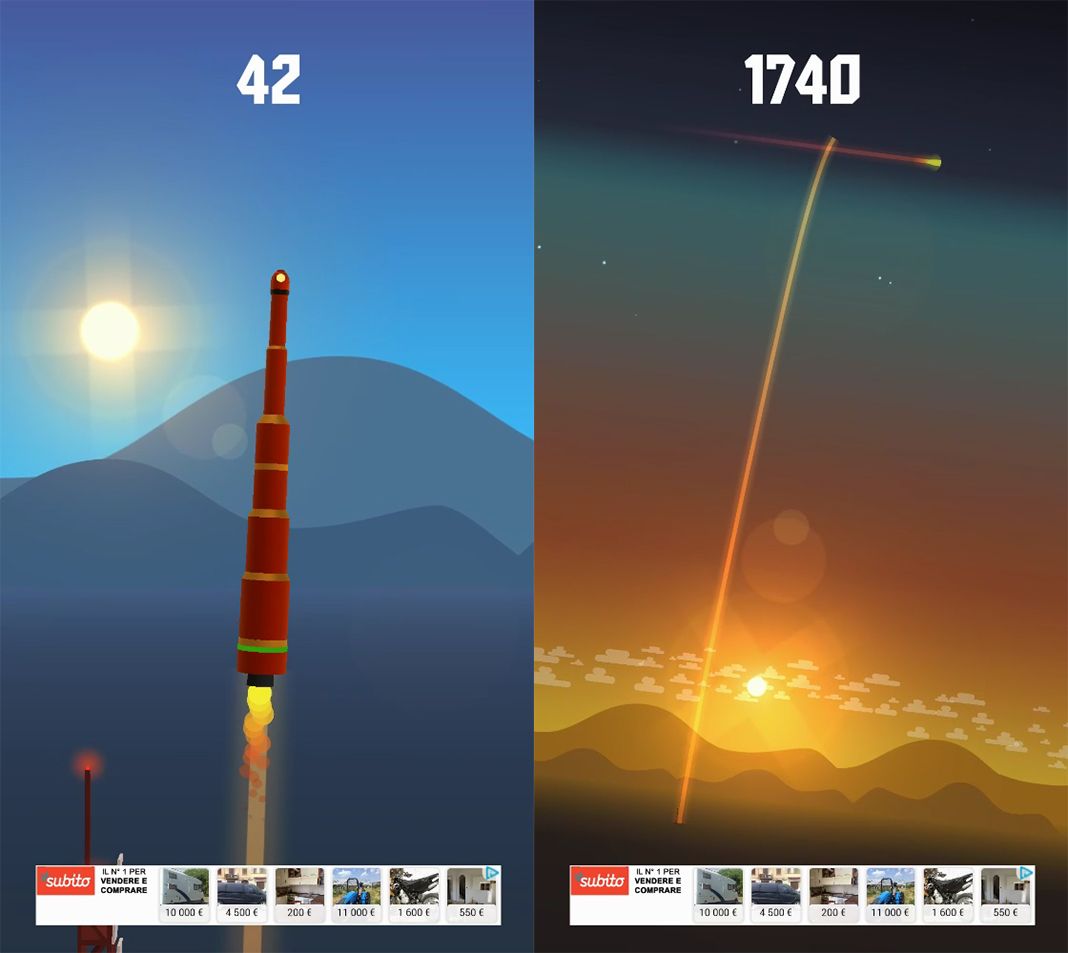