TRPGs, or tactical role playing games, are one of the few genres where the gameplay transfers perfectly to touch screens on smartphones and tablets. Even so, they aren’t very common, and can be considered a niche genre. But if Tower Defense games and Clash Royale have managed to break the norm, it’s also possible for Mad Dogs, a game of online street gang battles. 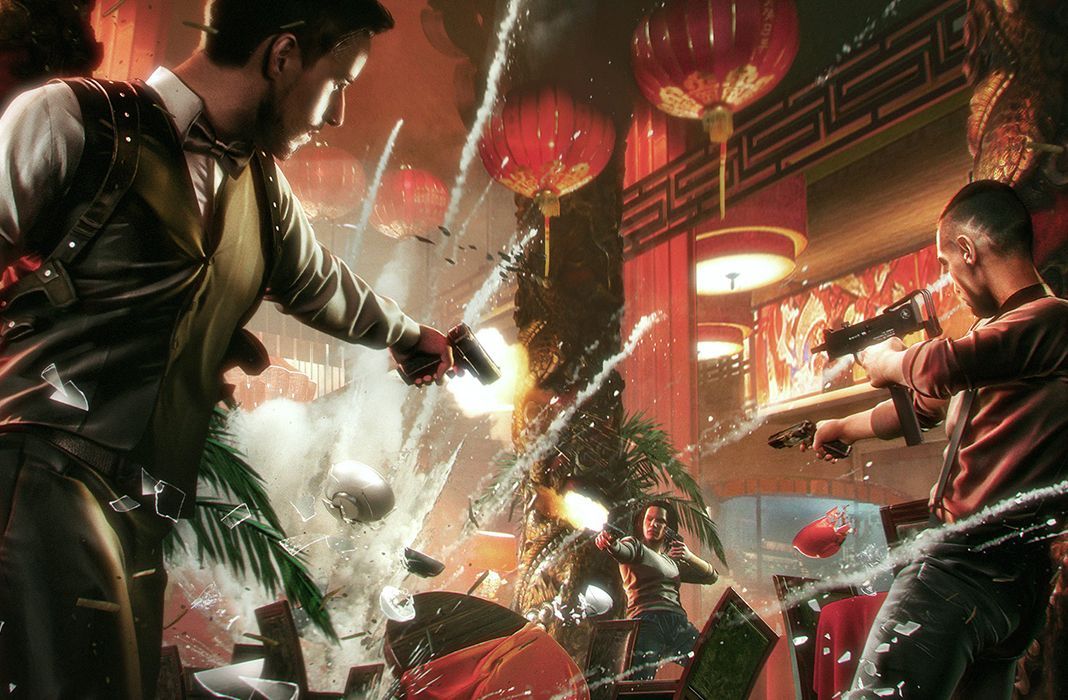 The game breaks from the ‘friendly’ atmosphere of many of its contemporaries, instead adopting a street gang vibe that has nothing to do with the naivete of the typical medieval fantasy setting. TsarTech, the studio behind Mad Dogs, is said to have taken inspiration from games like Grand Theft Auto and Mafia, which you can plainly see in its scenery and characters. It has all of the characteristic urban settings and violence you’d expect. 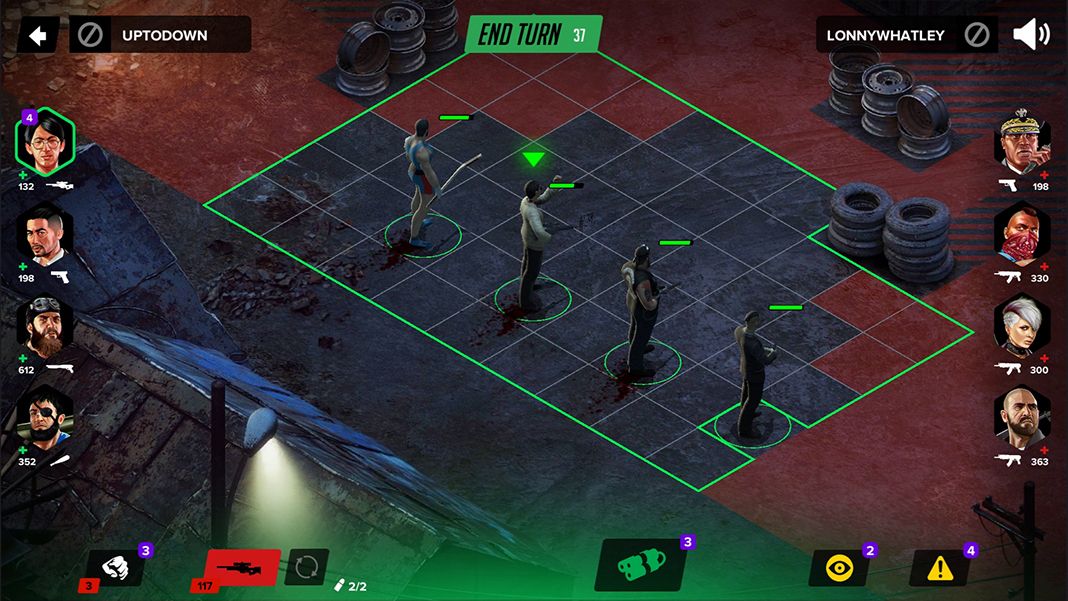 Mad Dogs puts you in charge of a band of criminals to take into battle against players around the world. The battlefield is a square, and the four on four action plays out in turns. What sets this game apart from similar titles are the characters. There are a variety of different characters, each with their own combat style and unique abilities that determine the flow of the battle. Pistols, rifles, machine guns, and hand to hand weapons fulfill all of the stereotypes you could possibly have from movies about the mafia or gangs. There are even nods to classic films like The Warriors and Scarface. 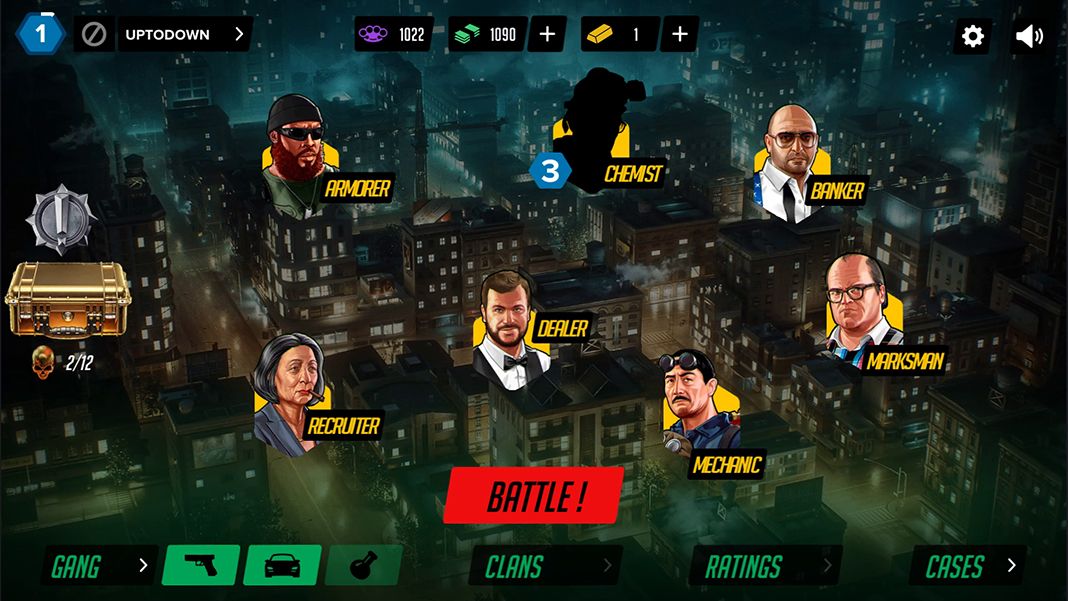 But battles aren’t the only thing to do, and between them you have several options to improve your gang. After each battle you receive points that you can use to open briefcases that contain rewards like money, weapons, or new character cards. You can use these cards to unlock new members of your crew or level up current members. Equipping certain weapons to certain characters or choosing the right car will also grant special bonuses. This adds another interesting element to choosing your layout. 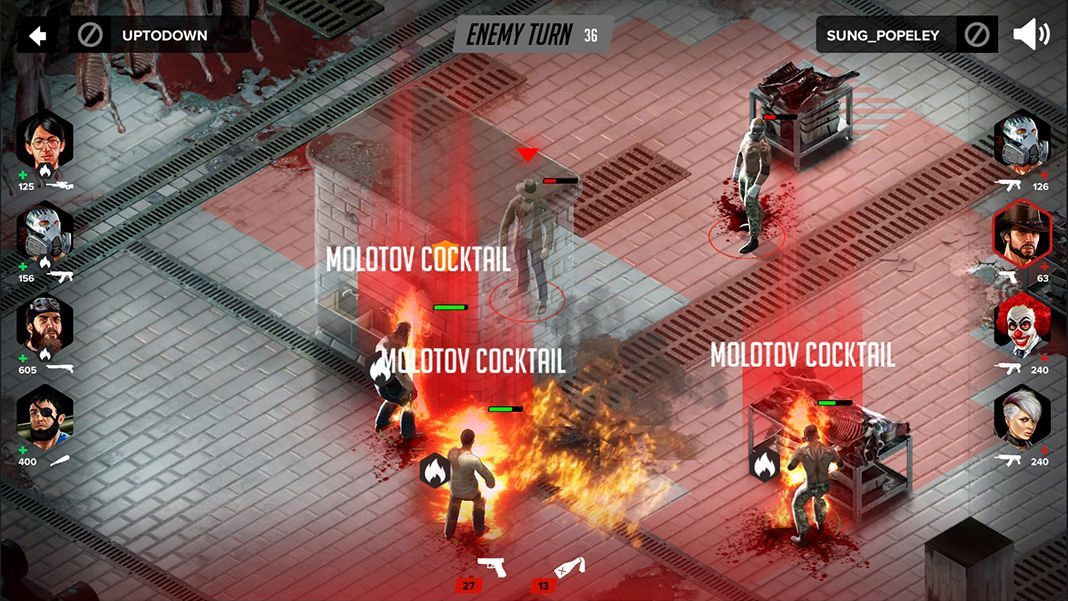 Mad Dogs is a great example of the potential of TRPGs on Android devices. It’s very entertaining if somewhat savage, and the matches can last longer than the 3 minute timer imposed by Clash Royale and others. Granted, in a genre of games where matches can easily last 30 minutes or more, you have to be able to put up with 8 minute turns in close matches. Definitely check out this gem.