Avid smartphone and tablet gamers are in luck what with the recent arrival of the terrific Fire Emblem Heroes to mobile devices. That Nintendo’s put out a new iOS and Android title in this epic saga definitely calls for a dance atop your closest table or bar. We’ve already given you our spiel about the virtues of Fire Emblem Heroes and surely more than one of you are getting as much of a kick out of it as we are. While everyone’s talking about Nintendo again we’re going to take the chance to recommend 10 SRPGs that could be good alternatives to Fire Emblem Heroes – just in case you get bored of it or simply want to check out something new. 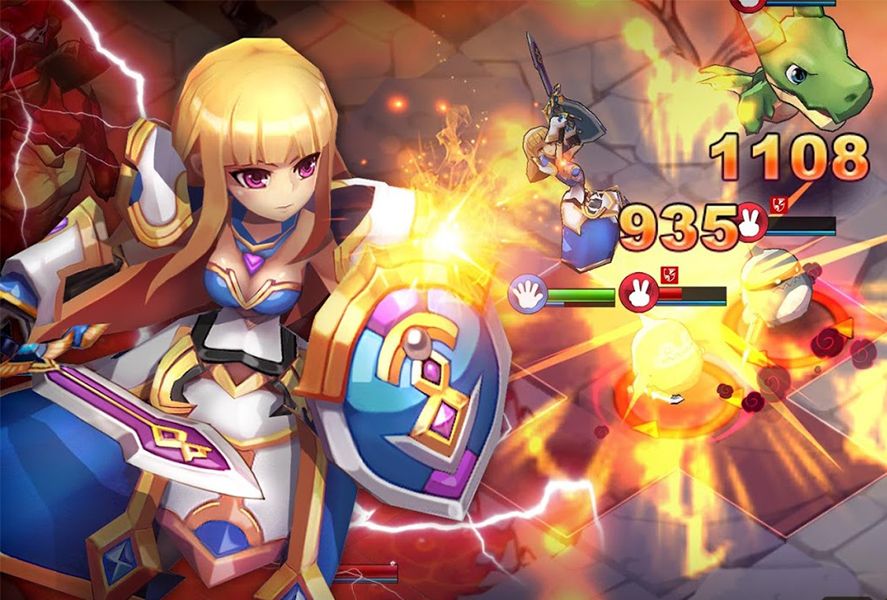 Phantom of the Kill

If you’re looking for a game that’s extremely similar to the latest thing from Nintendo, this one’s probably it. Phantom of the Kill puts you in a post-apocalyptic world where you do battle in turns on gridded settings. Leaving aside the differences in setting, mostly everything else is similar, including the character design and the wide cast you can play with. Though the production values are a wee bit shoddier, we’ve got to add in its defense that it’s got way bigger maps than those on Fire Emblem Heroes. [Download] Talk about a classic. This game first appeared in 2003 for desktops and now you can enjoy it on Android. A much brainier game than normal, with loads and loads of variables to keep in mind in each battle (type of geography, time of day…). Though it has several managements aspects, its battles are a proper challenge and are sure to delight fans of Fire Emblem and company. [Download] Its graphics may look friendlier than normal but don’t be fooled: Heroes Tactics has battles that’ll really make you sweat. This work presents an original battlefield with hexagonal boxes where you have to plan your strategy based on the heroes available and the type of enemy you’re facing. The special powers and rapport between your combatants are key in getting far here. And definitely check out its PvP battles, which are one of the most appealing things about it. [Download] The most generic-sounding name in the world, yes, but Fantasy War Tactics is a fun exponent of this genre that should please all lovers of SRPGs. Its overhead view will remind you of classics like Vandal Hearts or Final Fantasy Tactics, and its gameplay goes down that same path, too. A title that promises a long and appealing story where you can enjoy its spectacular battles. [Download] Medieval fantasy might be the tritest setting ever in the SRPG world, with an endless array of games that seem stuck in this imaginary time period. Luckily, there are some alternatives out there – and X-Tactics is one of them. This game sets you out to defend planet Earth, which is being devastated by aliens of all stripes. Like a sort of Men in Black passed through a Japanese anime filter, X-Tactics offers a breath of fresh air: the weather conditions in your actual city affect the game as do the constant updates that include special events and missions. Totally stoked with X-Tactics. [Download] While Nintendo has been delighting us with the Fire Emblem saga for eons already, Square-Enix has been doing the same thing with the biggest games in roleplay. I can’t even begin to recall all the games this developer has rolled out but its name is always synonymous with quality – and you can tell in Heavenstrike Rivals, what with its highly unique artistic style and 200 different combat units to deploy. A video game that probably deserves a bit more love. [Download] This lovely retro title will transport you smack into the middle of a world rife with similarities to iconic SRPGs like Final Fantasy Tactics and Disgaea, which you can see from your first moves in this project from RideonJapan. It stands out for its fully vertical interface – just like in Fire Emblem Heroes – and for its seriously challenging battles. That said, only the first six chapters can be enjoyed for free; to get access to the rest you’ll have to dust off your wallet. [Download] Ambition of the Slimes

When a person sees the stubby, fat pixels in a game like Ambition of the Slimes, literally the only thing to be done is to shed some delighted tears of nostalgia and click the Download button as fast as possible. Add to that the fact that we’re looking at a game with an original premise and it’s even more seductive. You play a slug that takes possession of human bodies, and then enjoys the original and highly entertaining fights. Always a pleasure to see things done a bit differently. [Download] This title has a rather more sober aesthetic than the others on this list. World of Dungeons stands out for its overhead view and dark fantasy setting. Everything else is quite similar to Fire Emblem and the rest of the games here, though: short-ish, turn-based combats in gridded levels. Perfect for mobile devices and an interesting alternative for people who love them some hair-raising dungeon crawling. [Download] Don’t be fooled by the graphics that appear pulled right from an NES – Calculords is a small marvel with a jaw-dropping aura and depth. It puts you in outer space and demands a good dose of concentration, with math being key to achieving victory for each battle. Nope, not kidding. You deploy your units on the map by relying on addition, subtraction, and multiplication. A cool and different title. [Download] The top 10 SRPGs available on Android