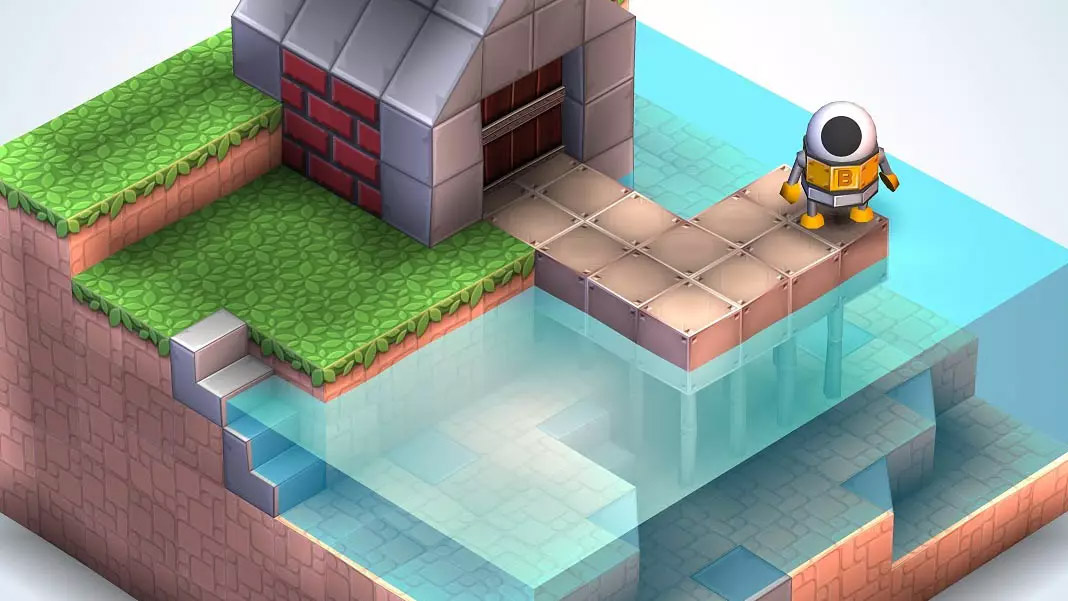 Subscription services for premium video games on mobile devices are here to stay. Apple Arcade and Google Play Pass were created to fight against the abusive freemium model by introducing a catalog full of games without ads or in-app purchases. Although actually finding games for Android that follow this model is difficult, it doesn’t mean that they don’t exist. We’ve rounded up a total of 25 free Android games that don’t include ads and that don’t require you to make any in-game purchases to enjoy all their content.

Mekorama’s business model is peculiar, to say the least. The game is available completely free of charge, and you can pay for it only if you think it’s worth your while. As far as its gameplay, you have to help a nice robot reach the end of each level. To do so, you have to explore each setting by changing the perspective and interacting with elements in the setting. We’re talking about a beauty that’s clearly inspired by games such as Monument Valley or FEZ. [Our review] [Download] 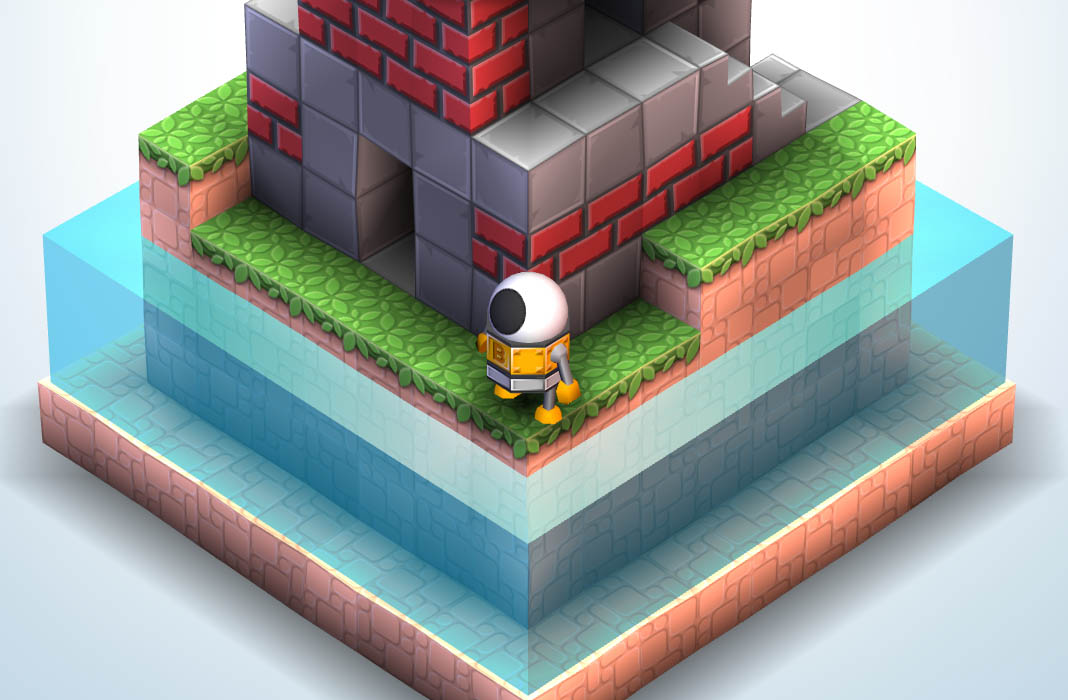 This peculiar promotional videogame was launched between the first and second seasons of the well-known Netflix series. This time, you have to go back to Hawkins alongside some of its protagonists. We’re talking about an adventure with aesthetics and development made for an 8 or 16-bit console that’s entirely available without any ads or monetization system (other than enticing you to watch the rest of the seasons). [Our review] [Download]< 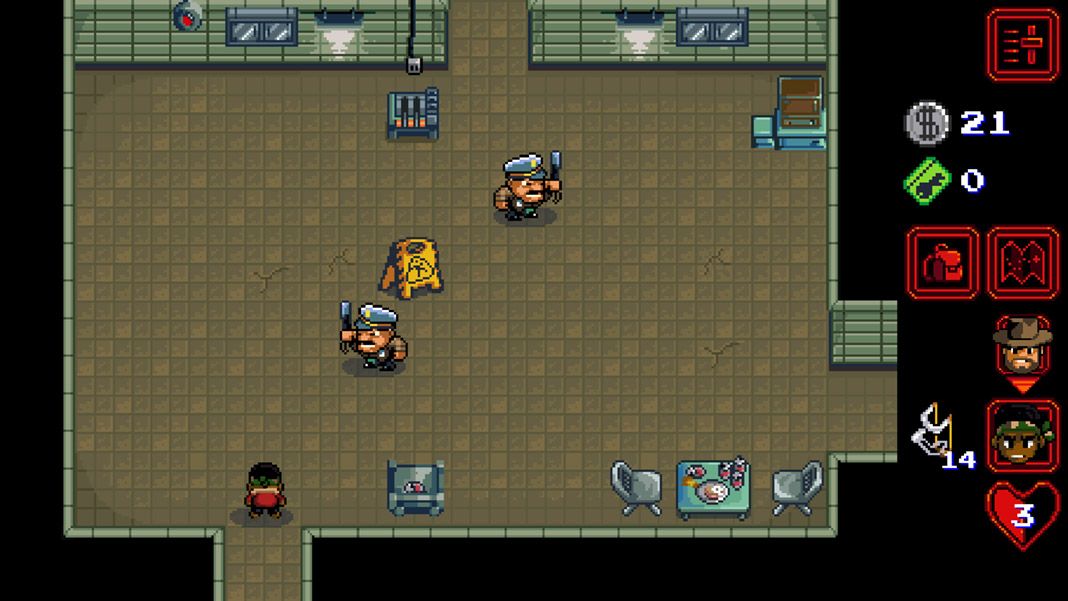 The myths of Cthulhu are an inexhaustible source of games of doom and cosmic horror fun. Underhand transports the perversions of Lovecraft into a card game that challenges you to survive while invoking a creature from beyond. The life of a cult follower is hard. [Our review] [Download] 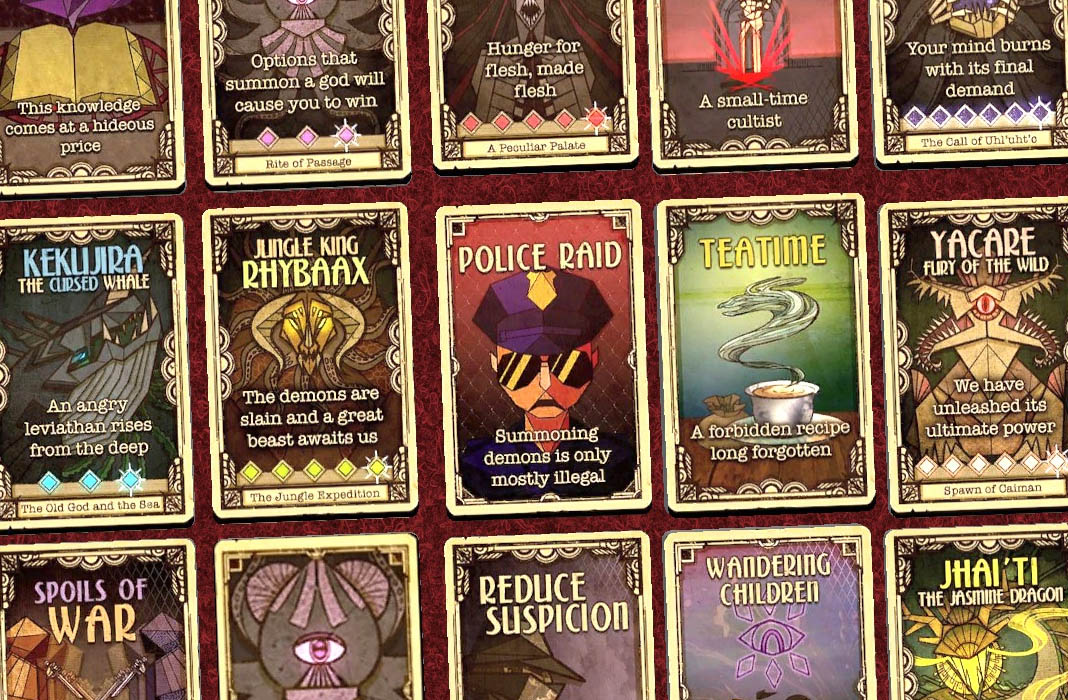 No one dislikes a good game that requires little skill. Data Wing turns you into a small digital messenger who must transport zeros and ones from one point to another on closed circuits that radiate neon and retro wave through and through. You have to avoid hitting the edges and take advantage of the momentum you gain from passing near them. As they say, less is more and all that. [Download] 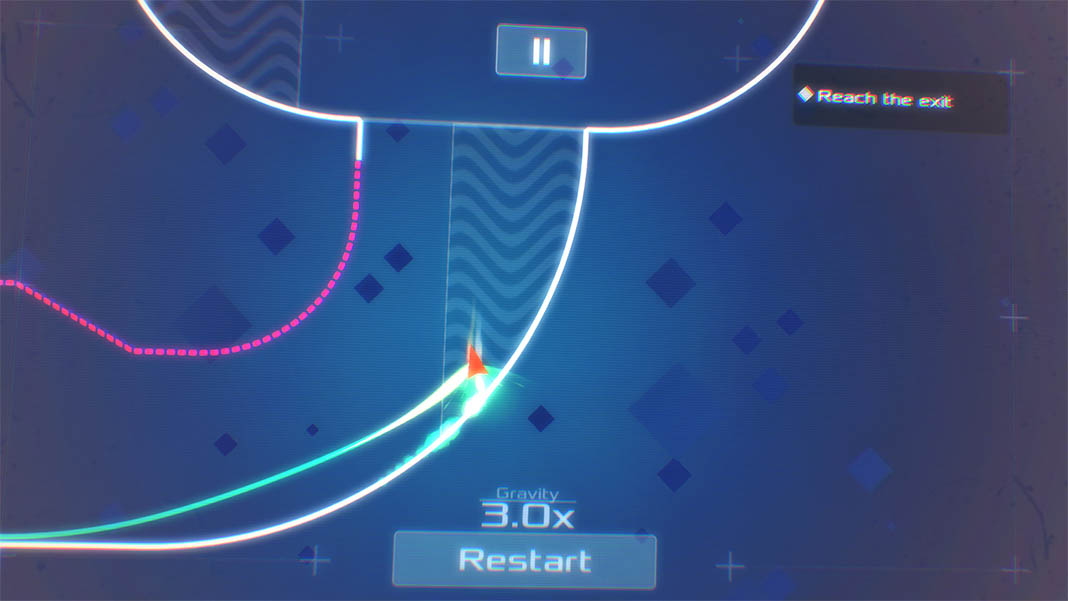 Little can be said about one of the best Android games that’s been released in recent years. Something as trivial as descending snowy slopes becomes a wonderful experience simply by having an artistic touch. The possible in-game purchases are relegated to mere artistic details as a way to compensate the authors somehow. [Our review] [Download] 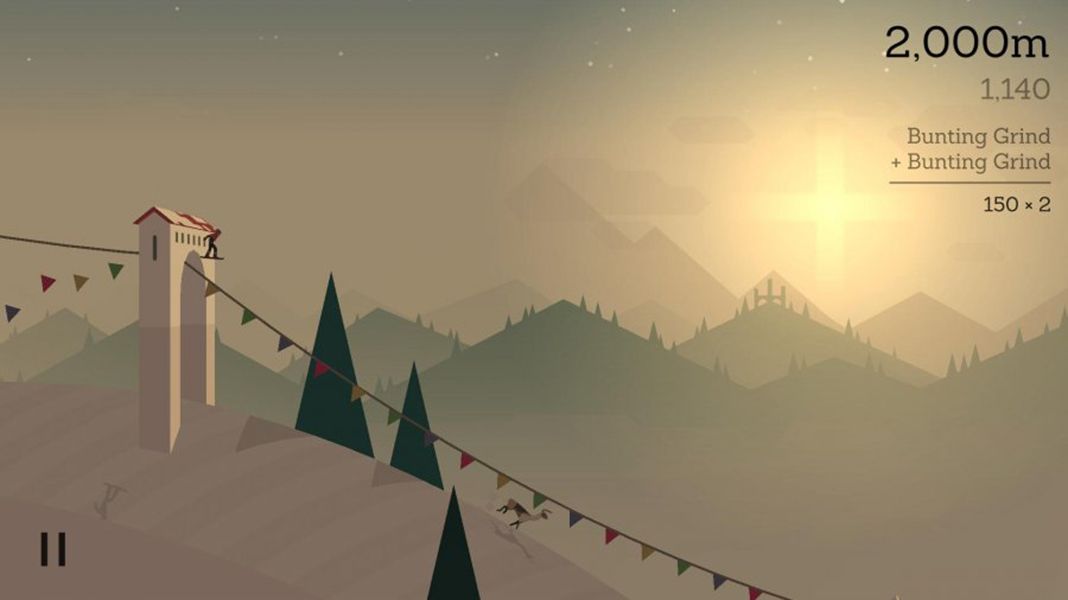 Pixel Dungeon is an institution in the roguelike genre. This free game that includes the GNU license is indebted to classics like Moria or NetHack. Don’t be fooled by those huge pixels, this game is incredibly addicting because, besides being terribly difficult, the settings are completely different in each game. [Our review] [Download] 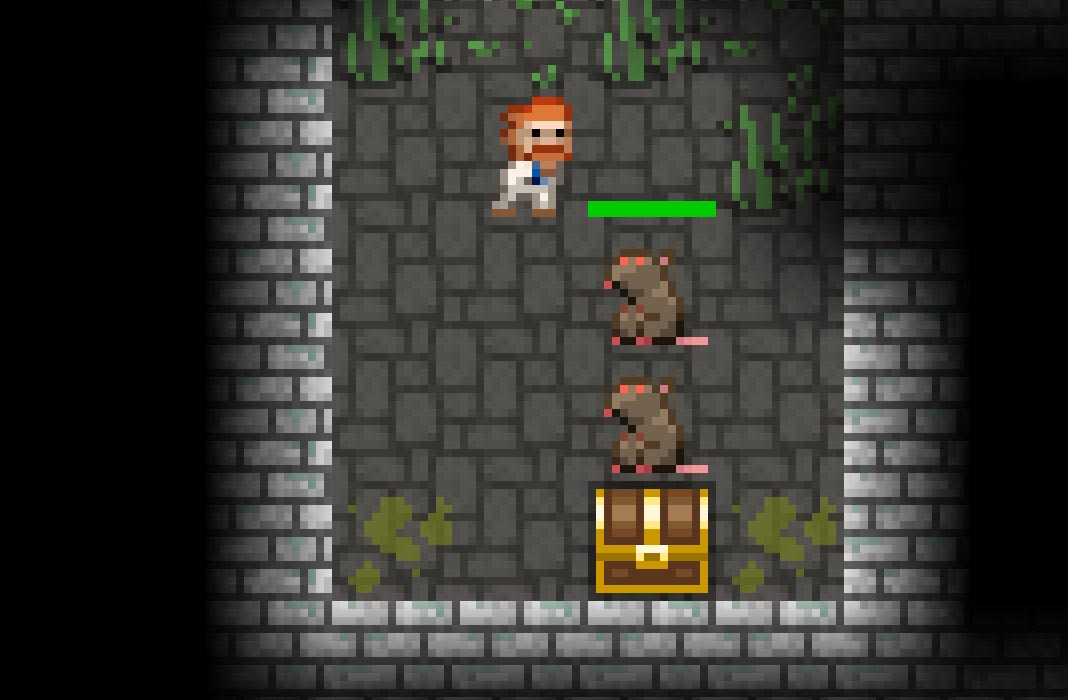 Management strategy games, especially city management games like Sin City, are a true time destroyer that you can now play with your smartphone. Pocket City, unlike similar games for Android, doesn’t include boring waiting times to build cities. In fact, the progress is made according to your own progression. The only thing the free version doesn’t include is the free mode, but it’s almost better that way since the challenge is starting from scratch! [Our review] [Download] 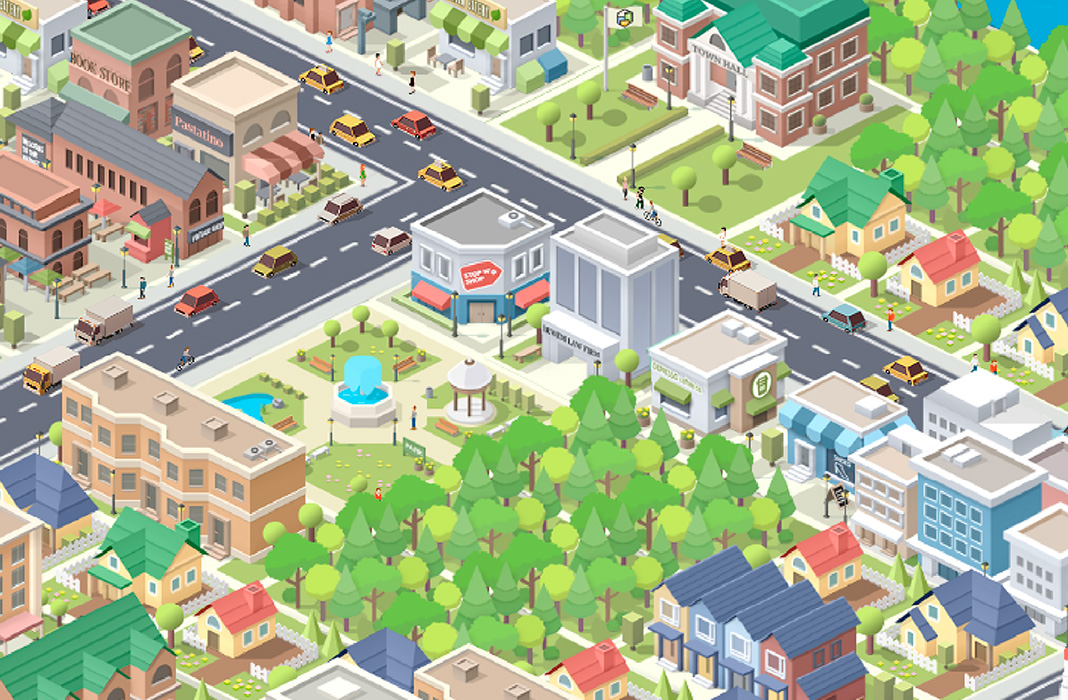 It’s impossible to make an online list of freeware video games and not mention one of their deans. With more than 16 years to back it up and countless ports for all the devices you can possibly think of, this turn-based strategy game includes so much content as game modes, units, and stories that it’s practically unmanageable. [Download] 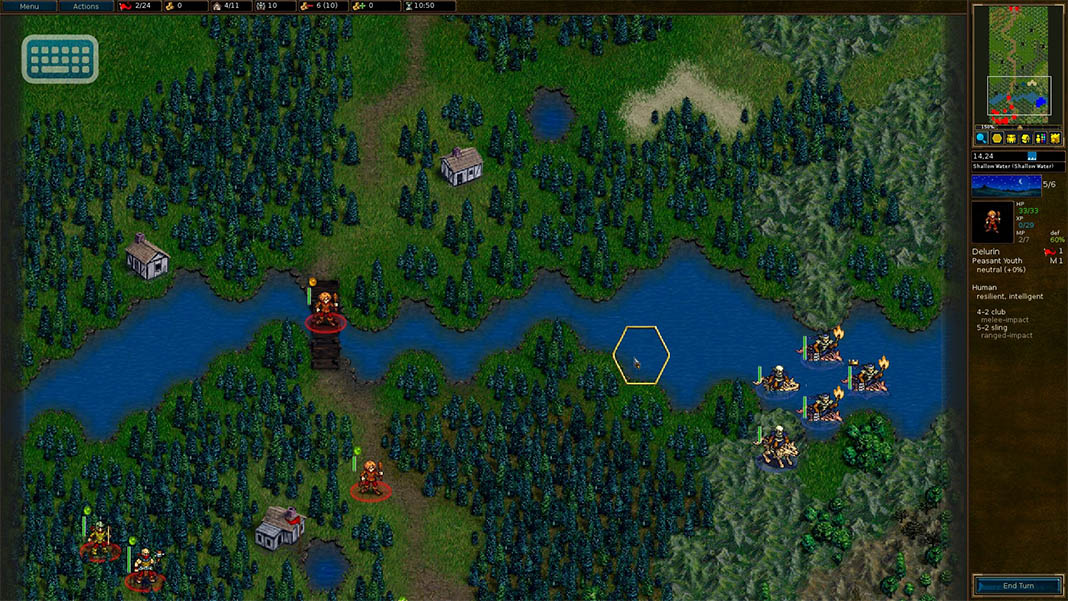 Another must-have of the list. Battleheart lacks a story that touches your heart, but it doesn’t really need one. It already stands on its own two feet thanks to its tactile control system that lets you control our heroes during clashes in real-time. We’re talking about hundreds of missions, a skill progression system and countless hours ahead. You better start thinking about an external battery. [Download] 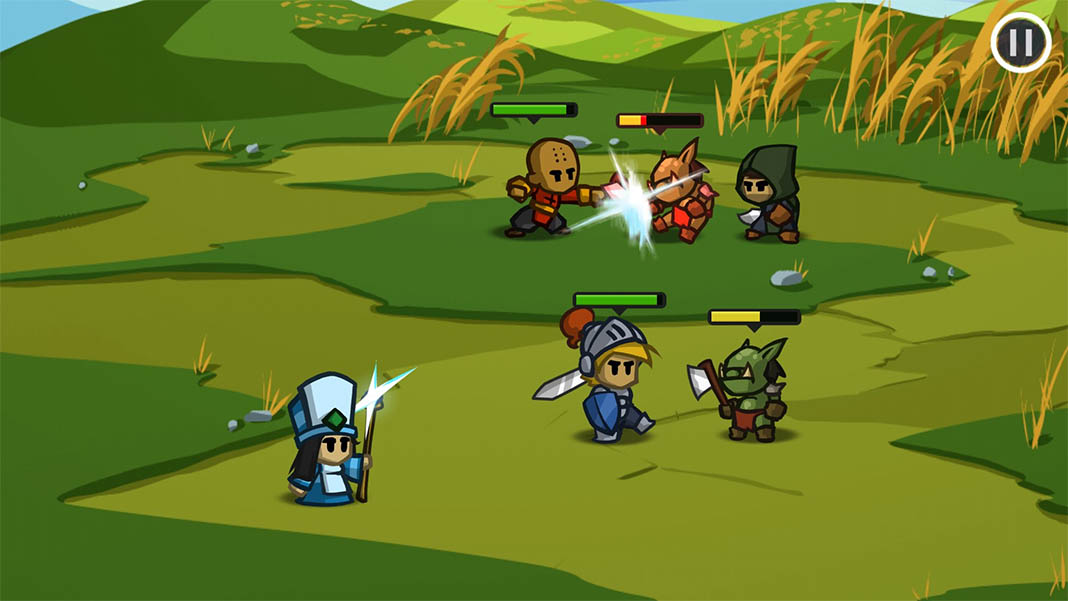 The Elder Scrolls saga has inspired countless RPGs since its inception. The genre is riddled with Android titles, but Naroth is quite different because it strays away from the freemium model and multiplayer component. It offers a 15-hour single-player campaign where you get to visit dungeons, ancestral ruins, and other common fantasy settings. And, as a good TES clone, the combat is terribly coarse. Lovely! [Download] 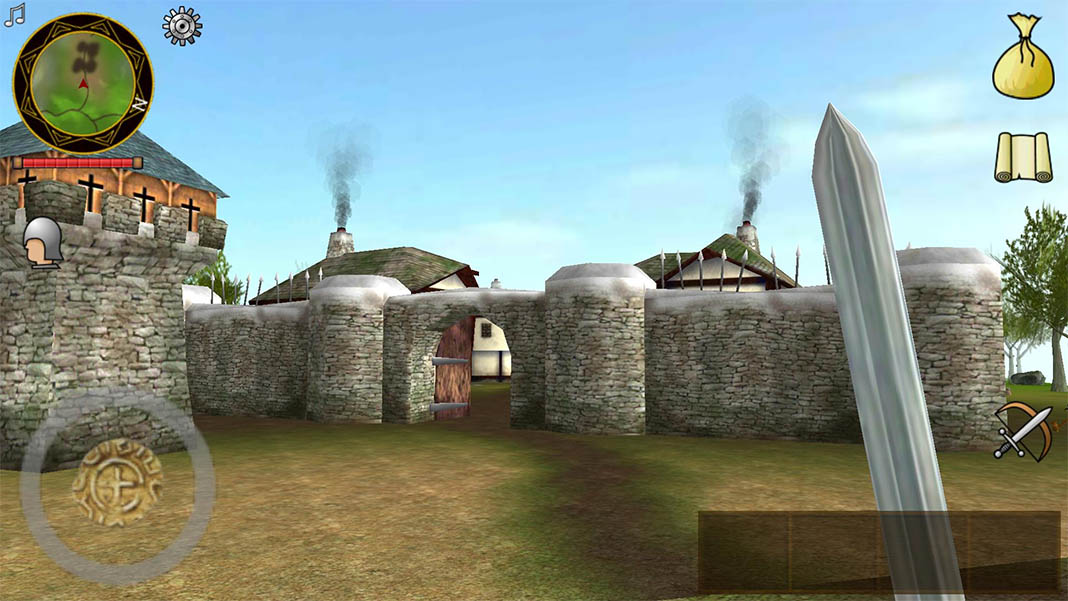 Halfway between an educational game and a conventional graphic adventure, Father and Son stands out for its beautiful audiovisual style. It’s a title that will help you learn more about art history as you unravel the protagonist’s experiences throughout the adventure. It’s a beautiful game that’s even been promoted by the National Archaeological Museum of Naples. [Download] 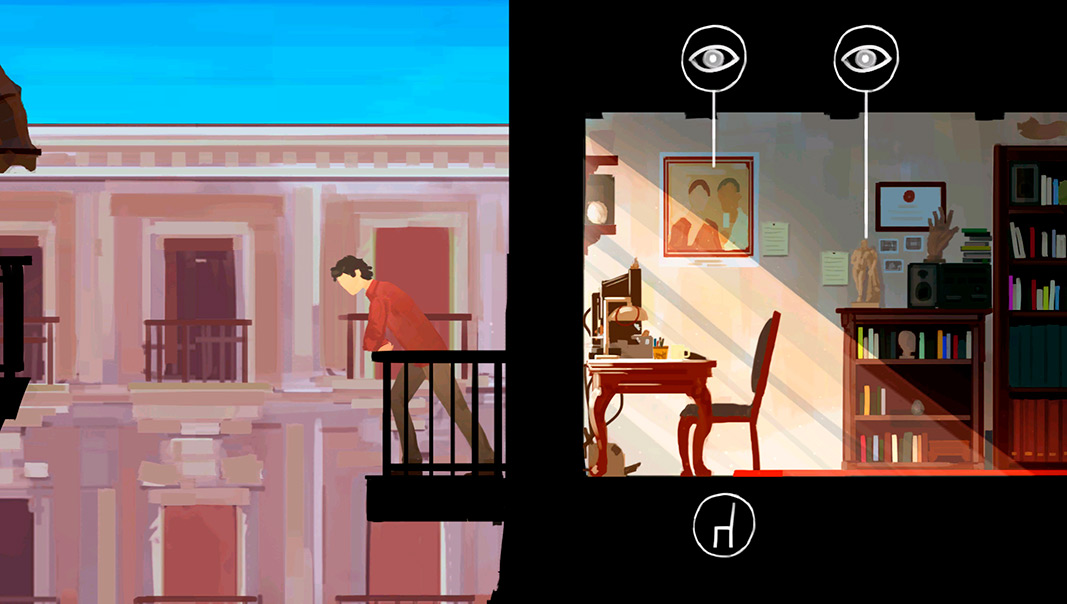 Overgrown is set in a post-apocalyptic world where a highly contagious disease has wiped out practically all of humanity. Think of it sort of like a humble, pocket-sized version of The Last of Us. In it, you’re in charge of a little boy whom you must protect as you travel the world facing an uncertain future. It’s a bit bleak, but on the plus side, there’s no advertising or in-app purchases. [Download] 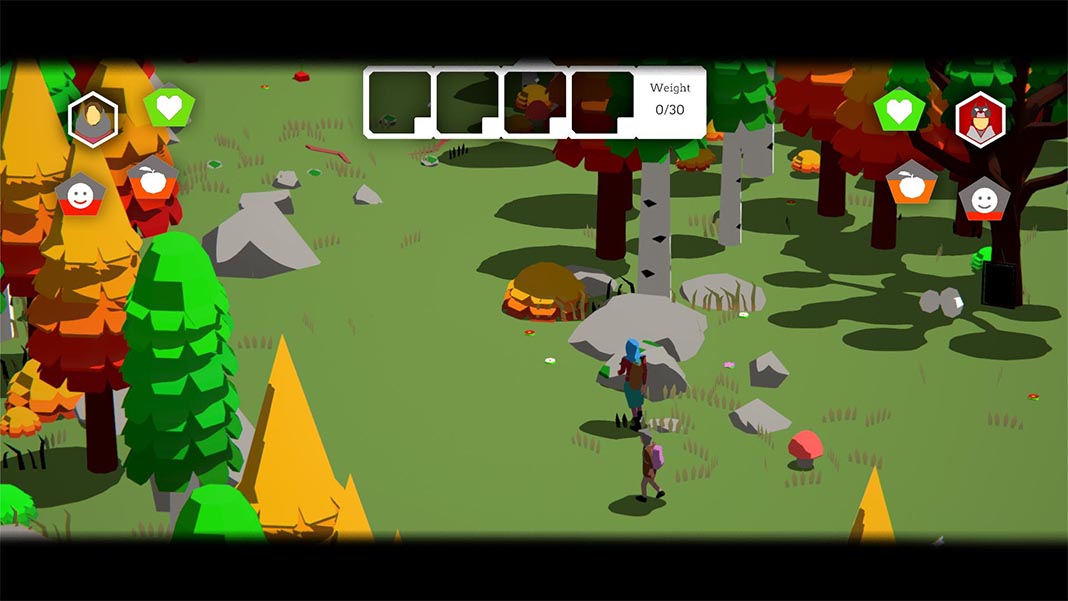 Halfway between automated production systems construction and tower defense, Mindustry lets you create complex structures in the purest Factorio style. Plus, you’ll also get to build defensive elements to protect you from rival attacks, whether controlled by AI or belonging to other players. [Download] 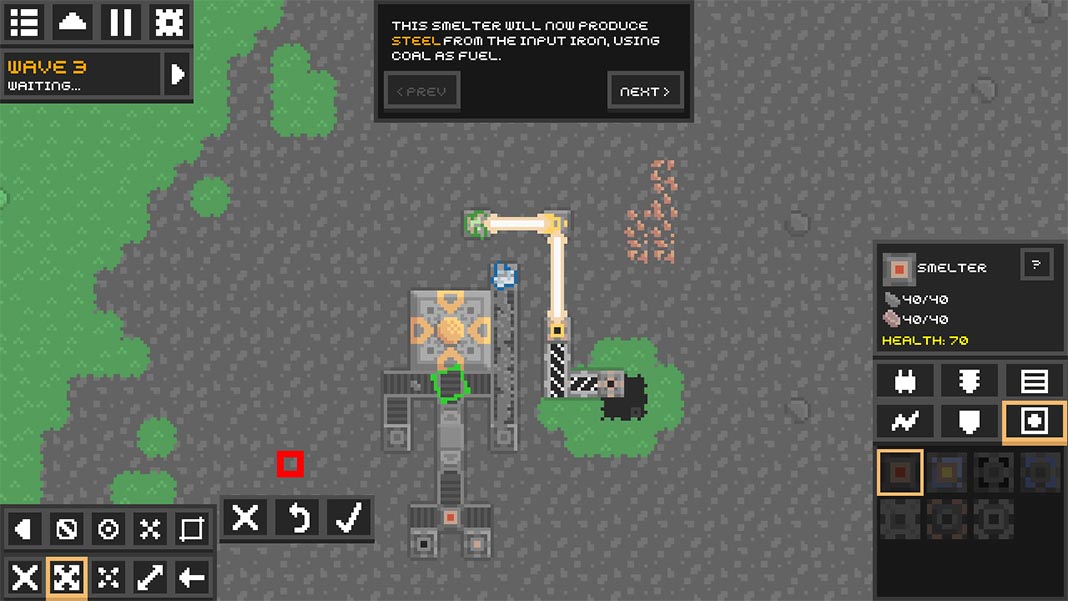 Supercell games have completely changed the classic standards of real-time strategy, leaving aside the school promoted a couple of decades ago by sagas like Command and Conquer, Warcraft and the initiatory Dune II. Warfare Incorporated came into existence in 2003 as an attempt to recover that formula on mobile devices, which later ended up as freeware. And today, you can enjoy it free of charge on Android. [Download] 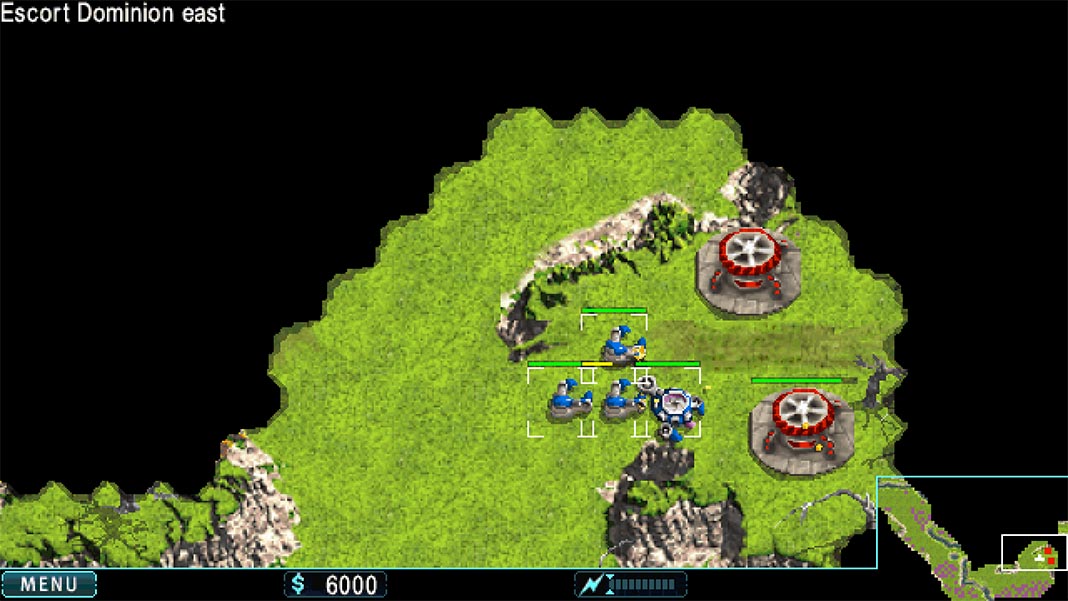 The roots of contemporary MMORPGs can be found in games like Mystera Legacy, a multiplayer online title with a retro style that has nothing to envy of any contemporary title in terms of its possibilities (in terms of graphics, not so much). Hundreds of quests, trades, social interactions, a complex trading system, collecting, pets and many more elements typical of the genre, which, unfortunately, had been tainted in recent years because of progression systems focused on economic transactions. [Download] 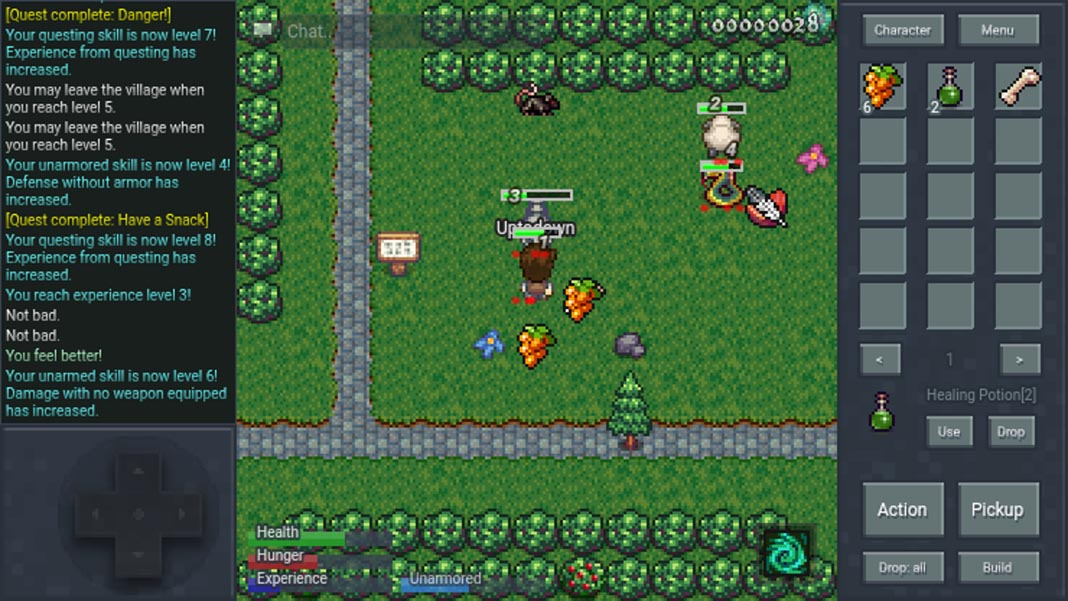 The one and only. This game was created in just one weekend by an inexperienced Italian developer and it ended up becoming a mass phenomenon. Although it’s based on the also successful Threes, 2048 is a more “pure” experience as it’s free, open-source and ad-free by the express decision of its creator. It’s the perfect example of the fact that no matter how simple it may be, if an idea is good, it has a chance of becoming successful [Download] 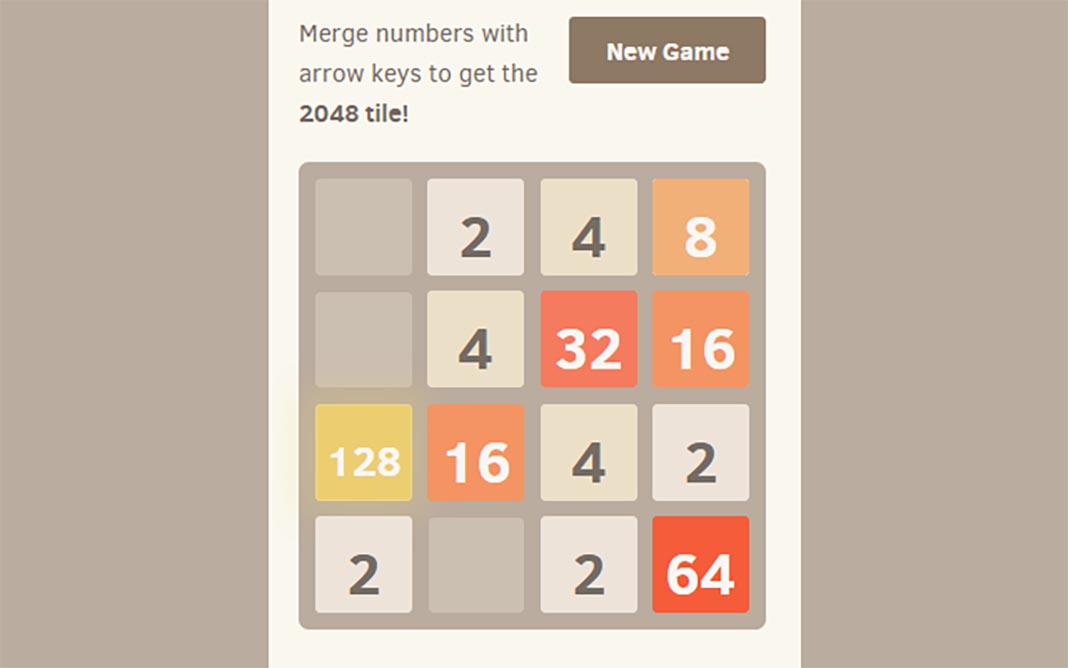 Tux, the official Linux mascot, used to be the champion of open-source development. His prominence led him to star in some free video games like the now iconic SuperTuxKart, which has crossed generations and platforms until finally reaching version 1.0 TWELVE whole years after its first public version. They certainly take their time. [Download] 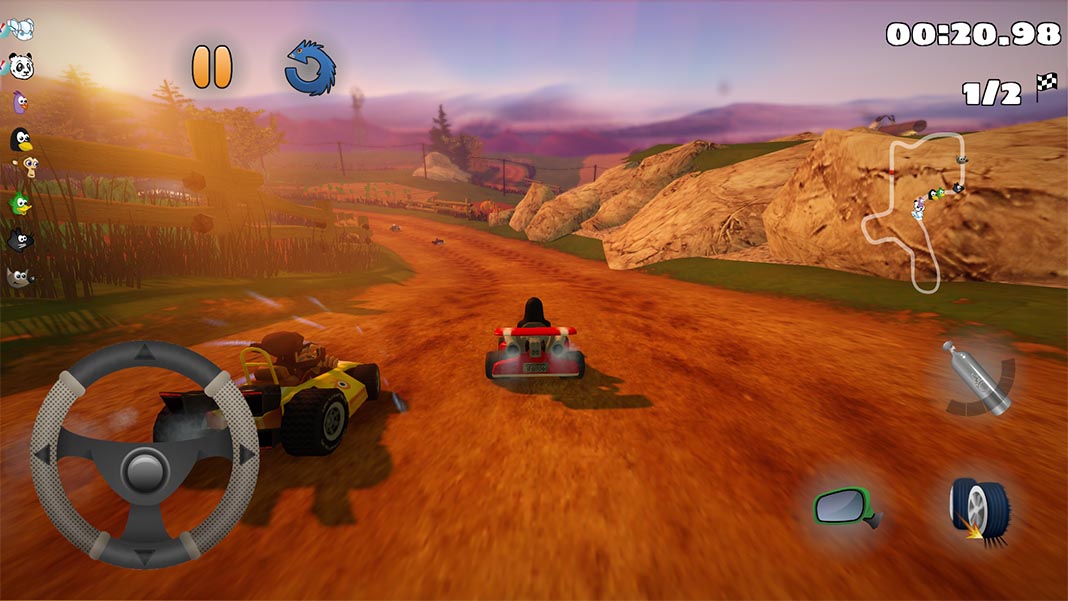 Zombieville was one of the great original games that came out on mobile devices more than a decade ago. It’s brought to us by Mika Mobile, the same creators of Battleheart, also mentioned on this list. After the release of the second part of their two successful games, the developer decided to offer the first installments of their games for free on Android. [Download] 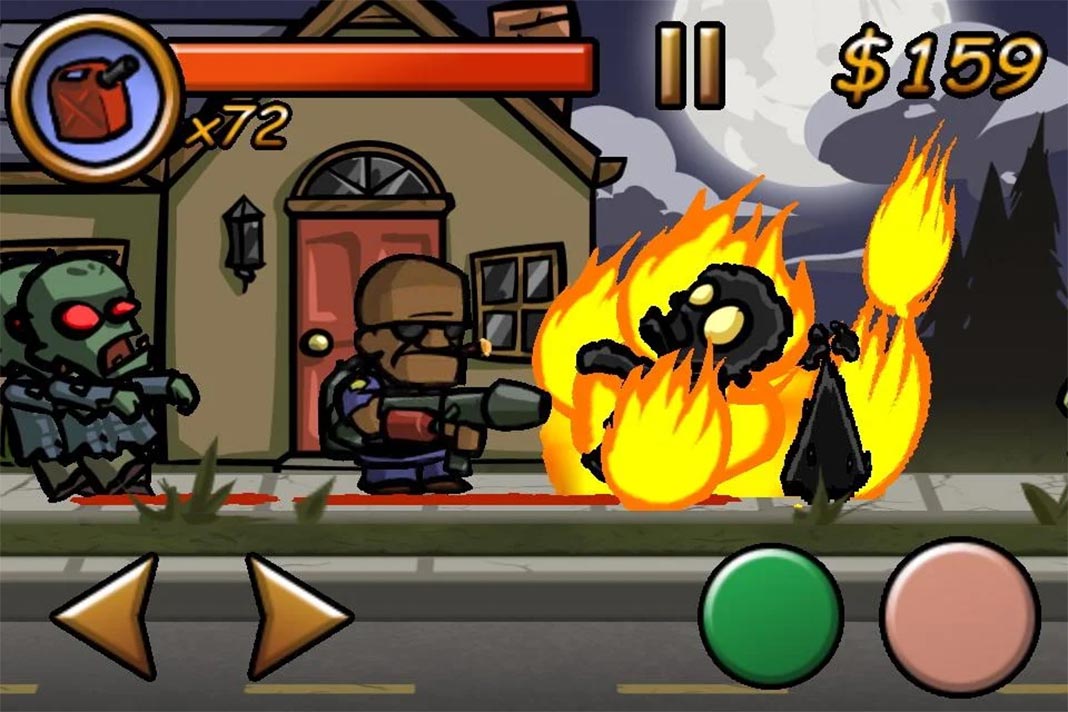 >Here, you’ll find a simple gameplay, detailed physics interaction, systematic repetition, and nonstop action. Three pillars on which many video games are based, and which are fundamental in Ultraflow. The game is simple: you have to use touch gestures to slide a sphere to the end of each level. However, given the countless obstacles present, you’ll have to choose the perfect angle and ideal moment to make your moves. In short, it’s terribly addictive. [Download] 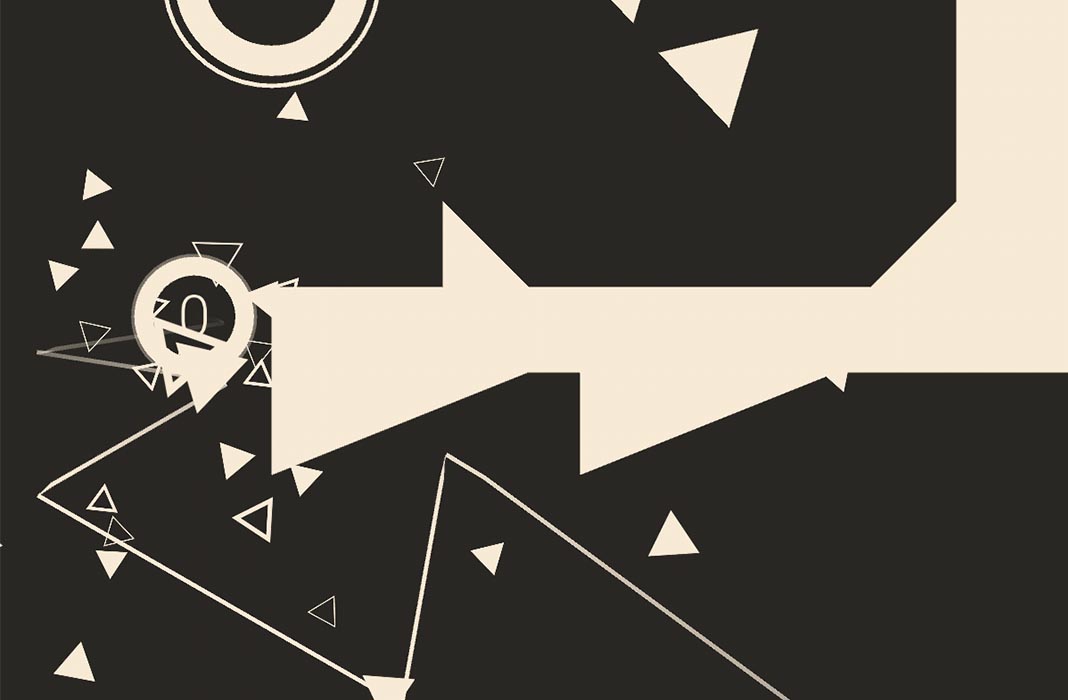 Bohemia Interactive earned its reputation mainly for its realistic military action saga ARMA. This reached a new dimension thanks to the amateur mod DAYZ, which was later absorbed by the company itself and is currently under development. In parallel to all this, the studio has made some approaches to the Android ecosystem, as is the case of Arma Mobile Ops and recently, with this Mini DAYZ, a 2D adaptation of their game that includes the vast majority of features of the original, in addition to being 100% free and not having any in-app purchases. [Download] 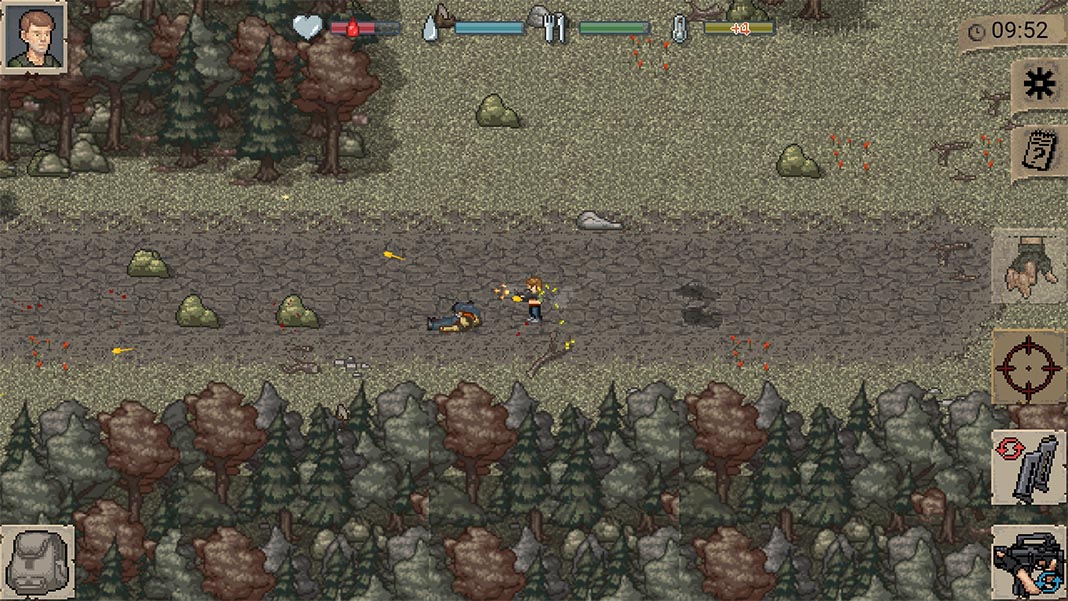 Let’s be clear. The original installments of DOOM are still paid titles, but the engine id Software used to make the games is free to use. That’s why several years ago, a group of fans decided to create a variant of the original game using all-new graphics, sounds, and settings. That’s exactly what Freedoom gives you. And thanks to the magic of modern interpreters to run the game code, it can be easily ported to all kinds of devices, including Android. [Download] 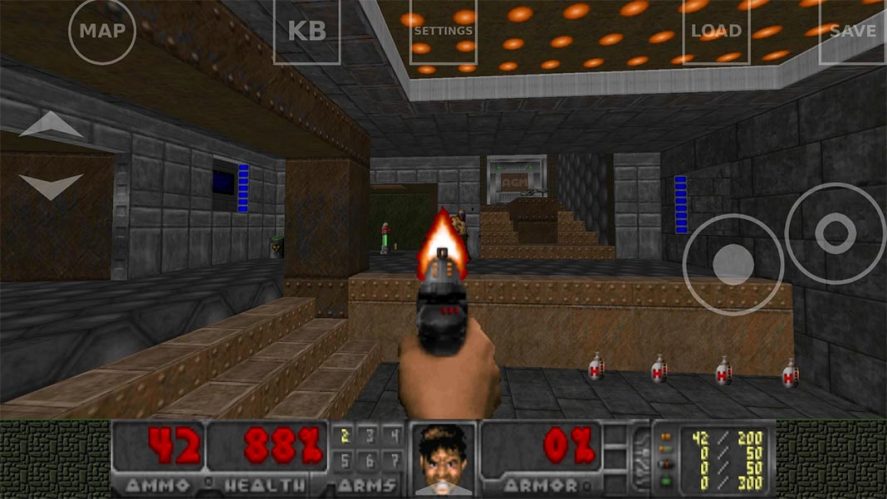 Here, you’re the master of a dungeon and you have to defend your domains from the attack of invading heroes who want to steal your treasures. Wicked Lair is a strategy game that’s halfway between tower defense, city-building and the magic of Dungeon Keeper-type games. As you advance, you’ll get resources that you can exchange for more levels of your dungeon and so on and so forth. It’s always fun to play the bad guy. [Download] 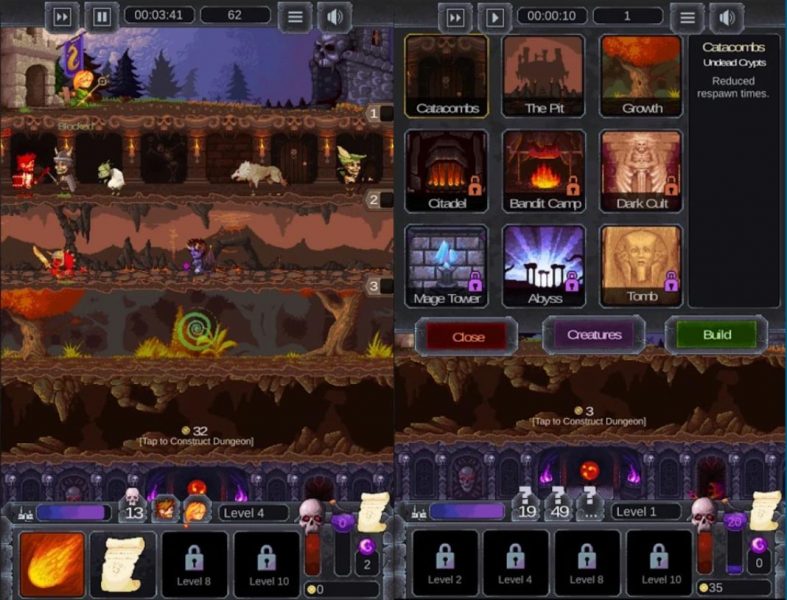 Veteran players will be familiar with the Myst saga: first-person games where you have to make it through settings on your own while you solve puzzles and leisurely advance in the plot, unlike the hustle and bustle of other genres. The Frostrune takes hold of this premise and brings it to Nordic mythology. It’s an intoxicating adventure with beautiful handmade static settings and a story that you’ll want to discover. [Download] 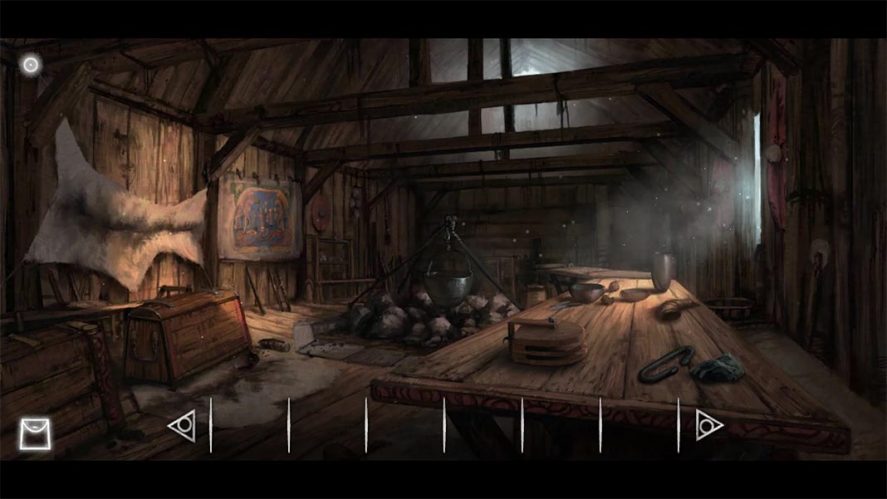 The runner genre is a hallmark of Android games, as demonstrated by iconic titles like Subway Surfers and Alto’s Adventure. Fast like a Fox is more similar to the latter in terms of the setting and controls, although in this case, it won’t be enough to just tap on the screen when you want to jump with your adorable fox, you’ll have to constantly tap on the back of the device to make the animal run like the wind. [Download] 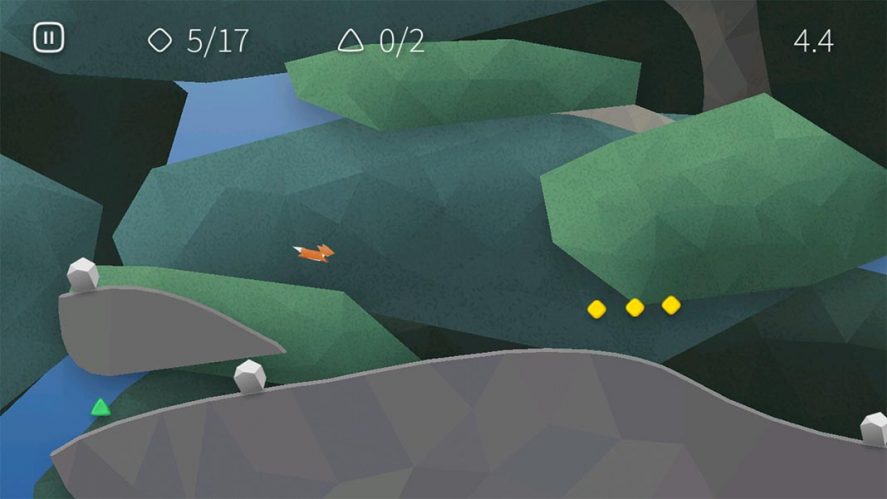