Home Tutorials and Guides All the keyboard shortcuts on Windows 10 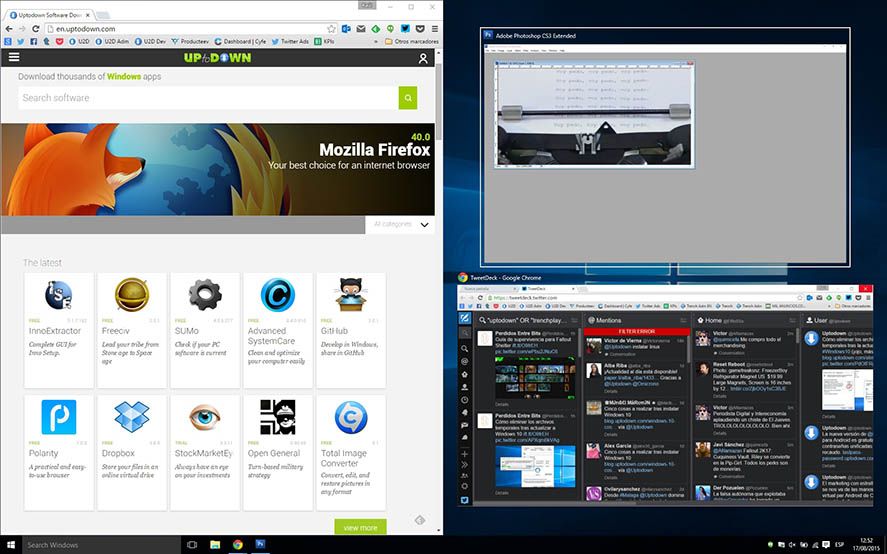 An advanced user, besides frequently looking over his shoulder and drinking a ton of coffee, also usually tends to be a whiz at handling software on desktop computers with keyboard shortcuts instead of the mouse. Windows 10, in addition to inheriting a bunch of the shortcuts used in its previous versions, includes new key combinations to control the placement and hiding of windows and swapping between virtual desktops, among other things.

Windows’ new Snap system can finally snap windows to the borders of your desktop while preserving standard proportions, or in other words, you can finally easily open two windows easily on the same screen and take advantage of the full space without having to do millimetric resizing. Pressing the Windows key along with any of the direction keys on your arrow pad will move the windows you’re working with around the screen. If for example you have your browser open and press Win + Left Arrow, the window will stick to the left borders of the desktop at half the width of the screen. You’ll also get mini-images of the other windows you have open so you can choose any of them to fill in the remaining space on the right. And best of all, it also works with more than one monitor, so your old adventures with moving windows around freehand are finally over.

The task viewer has now been buttressed with the possibility to create several virtual desktops where you can have different programs open on each and swap windows between them. As has always been the case, you can open the Task Viewer with Win + Tab and swap between windows with Alt + Tab, nothing new under the sun here. That said, when working with multiple desktops there are a few new things to keep in mind: