One thing that never changes in the world of mobile gaming is the appearance of games ‘inspired’, to put it nicely, by popular titles. It’s an infallible cycle that we’ve seen over and over again. But it’s no wonder that a company like Supercell has been copied so many times. We’ve already explored tons of clones of Clash of Clans and Clash Royale. And now it’s happening again with Brawl Stars, their newest game that hasn’t even been officially released yet, which now has an alternative on Android: Wild Clash. 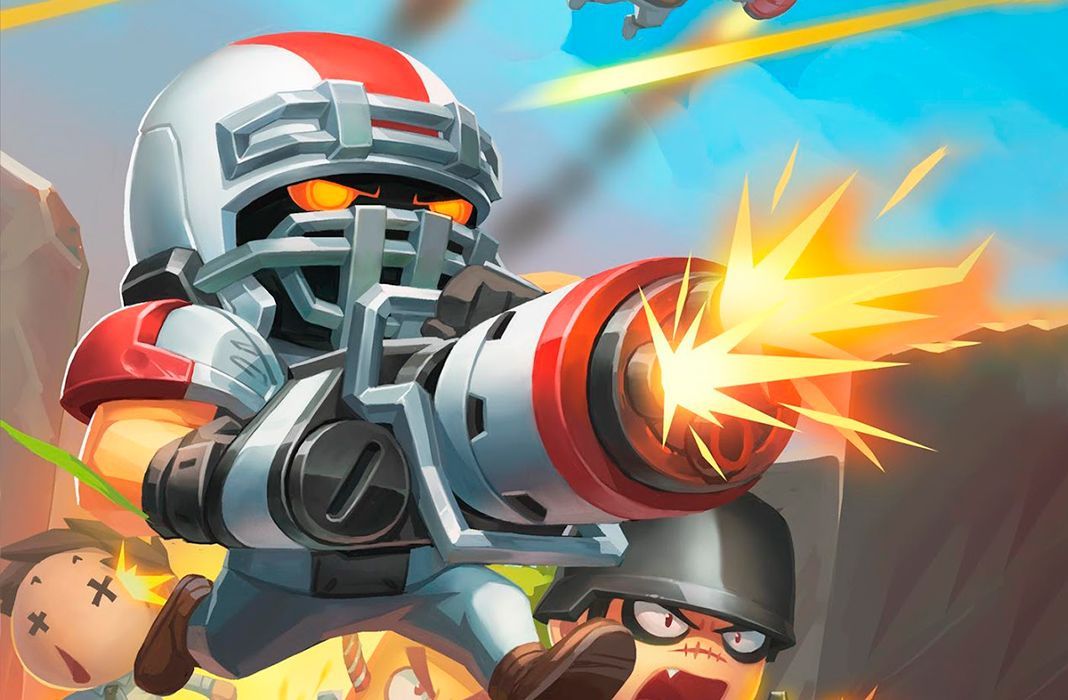 It could be said that Wild Clash is taking advantage of the fact that Supercell still hasn’t released their game on Android. Brawl Stars is already in beta on iOS for users in a few countries, but lots of Android users are itching to get their hands on it. Fortunately they no longer have to wait, thanks to this great clone that takes all of the basic elements of Brawl Stars and expands on them with a ton of different game modes that give the game a level of variety that shouldn’t be underestimated. 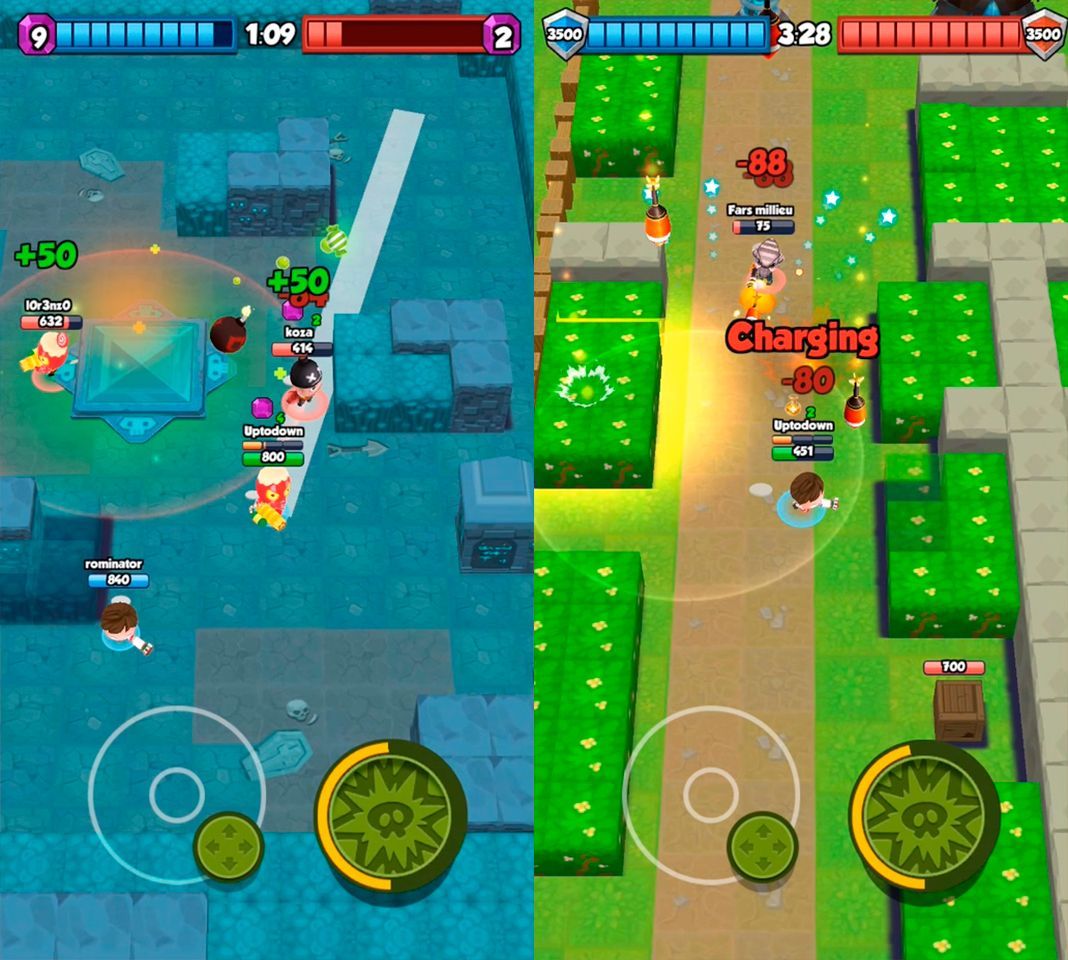 Wild Clash is basically a MOBA in which you face off in teams of 3 vs 3 with the goal of destroying the enemy base. But the fantastic part of the game is that this is just one of the many game modes that it has to offer: there is also PvE against bosses, another 3 vs 3 mode where you have to control a zone to collect gems, and yet another that’s a free for all where you have to fight to the last man standing like in PUBG. Wild Clash does a great job of combining a variety of game modes into a single package. 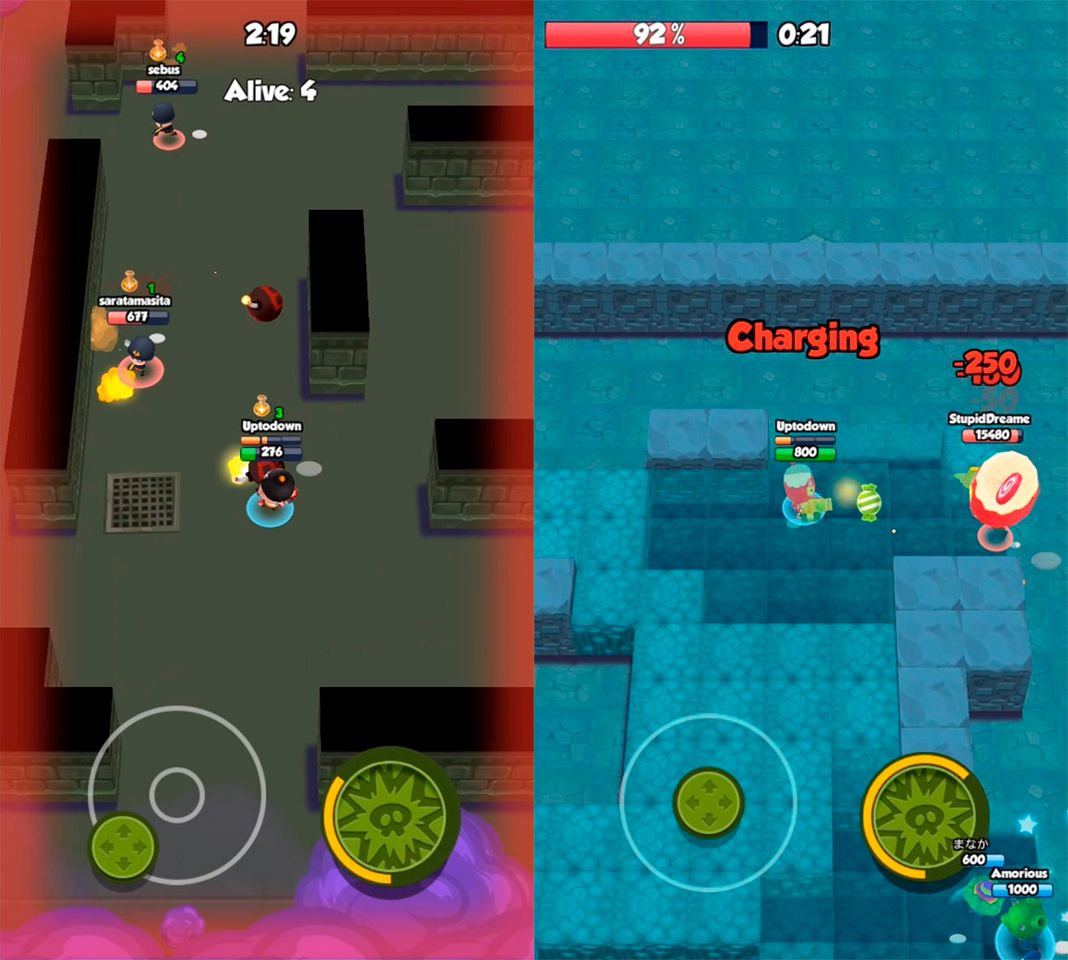 Controls are great since they’ve been perfectly adapted to playing with the screen held vertically. It’s here that the line between ‘homage’ and plagiarism blur, since it uses exactly the same system made famous by Brawl Stars. You play with the controls on the very bottom of the screen, so you can easily check out everything that’s happening on the battlefield. The left side lets you move around the map while the right side lets you shoot.

The game really shines thanks to a variety of different characters that all play in a unique way: some that shoot slowly at great range, others that spray bullets at short range, and yet others that launch powerful bombs. Learning how to use each type of weapon is key to winning each match, along with mastering the use of each character’s special attack. Wild Clash earns a gold star in this respect, but it’s worth noting that this aspect is also completely copied from Brawl Stars. But Supercell’s game hasn’t been released on Android. So in a way it is original. 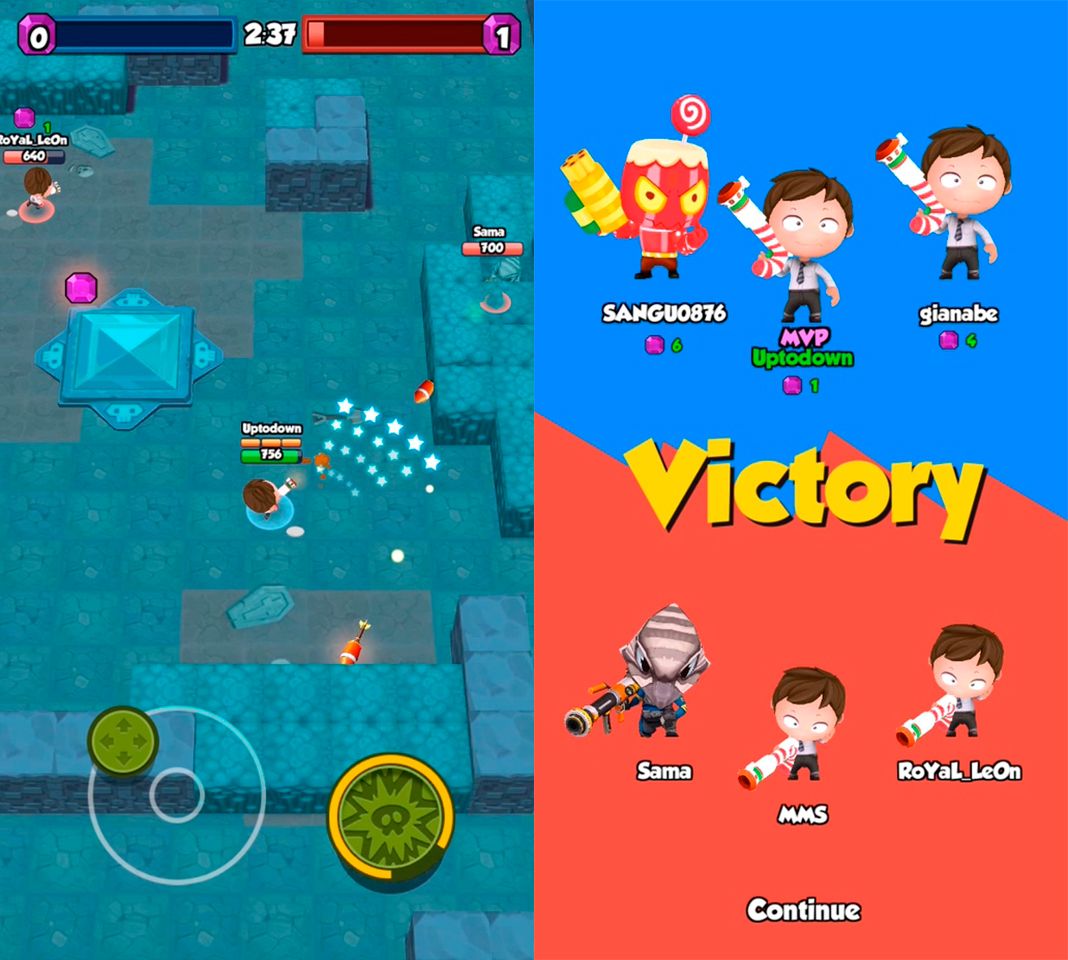 Wild Clash is a fun online multiplayer game that’s more than worth checking out. It might be missing a bit of Supercell magic when it comes to the design of the characters, but it does offer a huge variety of gameplay styles and precise controls. It has all of the typical elements of online mobile games (leveling up, unlockables, loot boxes, etc.), but that doesn’t mean you should pass it up. Plus, its many game modes and events are bringing in more and more players every day.