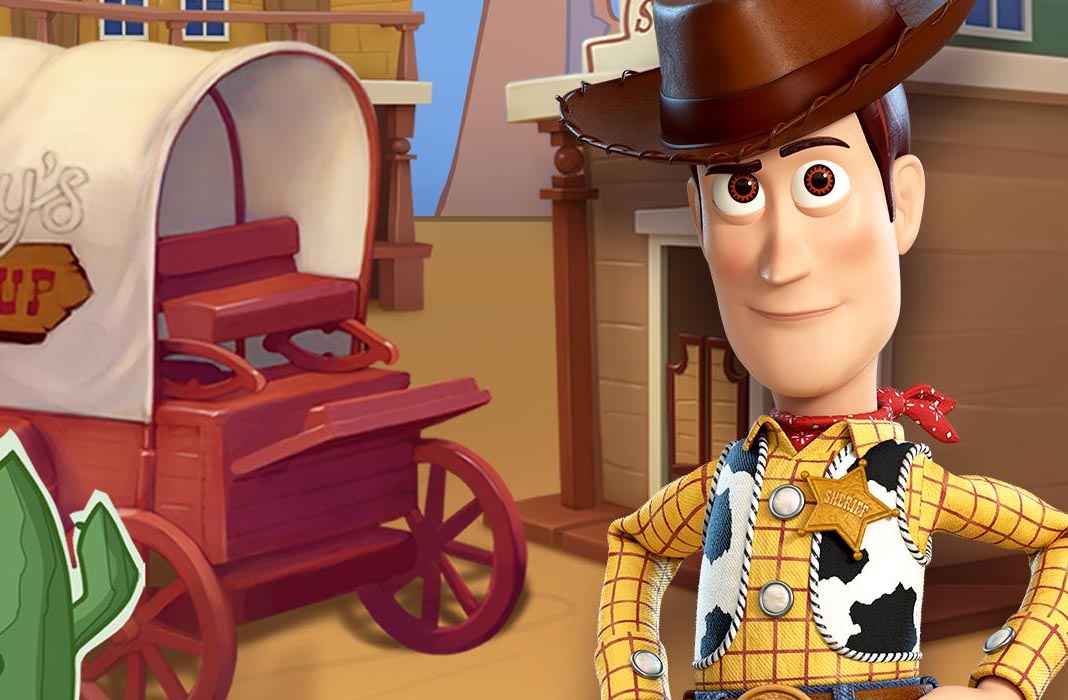 Since the release of the first Toy Story movie in 1995, Disney Pixar hasn’t stopped profiting from the popularity of these toys loved by children and adults alike. You don’t have to be a cinema expert to predict that Toy Story 4 is going to be another huge success once it hits the big screen. The adventures of Woody, Buzz Lightyear, and friends have always charmed us and some specialized portals have already given this new film their stamp of approval. But the characters in this story aren’t only found on the silver screen. You can also find Toy Story games for smartphones in the Android universe like Toy Story Drop! 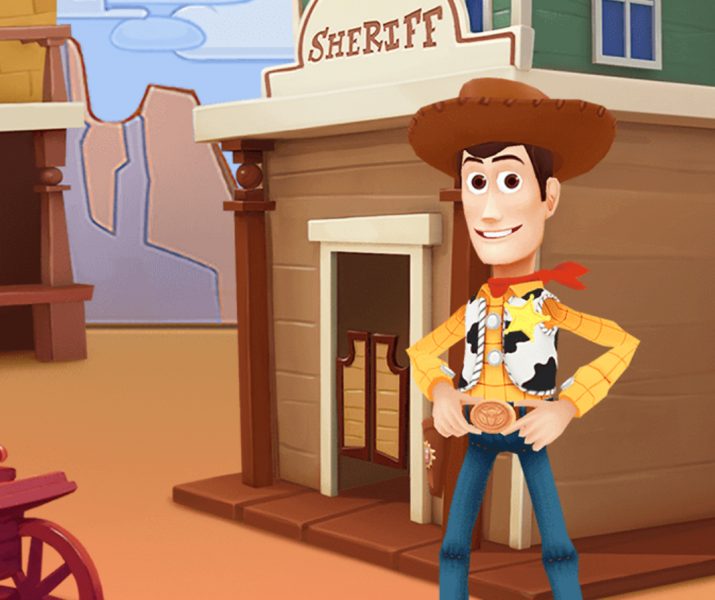 BigFishGames has taken on the responsibility for gathering together numerous elements from the Toy Story universe to create a game for mobile devices. Specifically, Toy Story Drop! offers you a huge collection of ‘match 3’ puzzles where you have to match toys to collect characters and complete adventures. Plus, in the new update, you have tons of elements from settings in Toy Story 4. 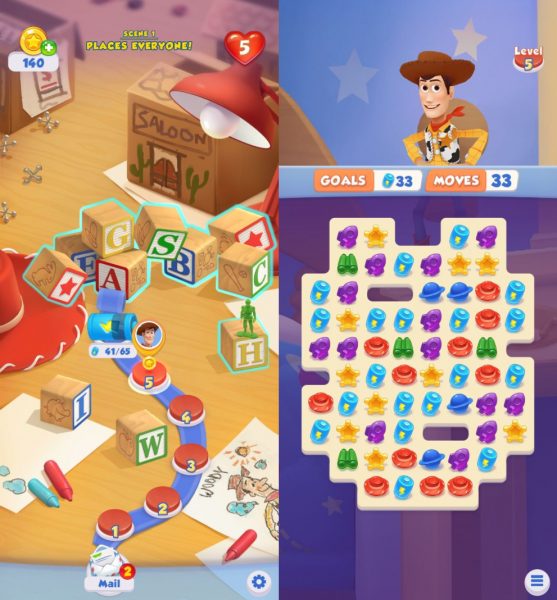 Since it has the official Disney license, the characters and settings look exactly like in the movies. Plus, the soundtrack also helps to really make you feel like you’re in the movie universe. You’ll be reminded of a lot of the toy’s adventures as they come to life while you solve each one of the puzzles. Oh, and don’t be surprised if you can’t help but hum along to the song ‘You’ve got a friend in me’ while you play.

Toy Story Drop! is both dynamic and simple

Toy Story Drop! divides its levels by scenes. Right from the first time you play, you’ll notice that the first level is set in Andy’s bedroom. It’s here where Woody will have you organize all the toys before the boy comes home. Your main mission throughout the game is to complete the different puzzles to get points that will let you advance through the settings. 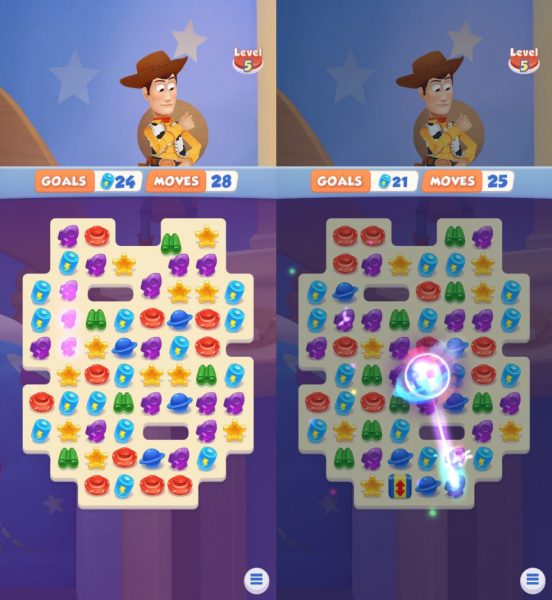 The gameplay to solve each puzzle is simple. You just have to drag the objects to combine at least three that match. In the upper part of the screen, you’ll see the number of moves you have left and you’ll have to meet your goal without running out of moves. On the other hand, throughout each challenge, you’ll find some tools that will help you clear the board a bit faster. For example, you’ll see glass balls that will clear pieces of one particular color and rockets that will explode to clear out different rows and columns. When you complete each mission, you’ll add energy bars to your score and you’ll continue advancing through the levels until the next scene.

Toy Story Drop! isn’t the only game that takes you to scenes from the new Pixar movie. Disney Heroes: Battle Mode also has a team of fighters made up of Toy Story characters. This means you get to battle it out using Andy’s toys as you try to beat your rivals in each skirmish. With the upcoming premiere of Toy Story 4, the title developed by PerBlue Entertainment has incorporated Duke Caboom. This Canadian biker, voiced by Keanu Reeves, is one of the new characters in the franchise’s fourth installment. 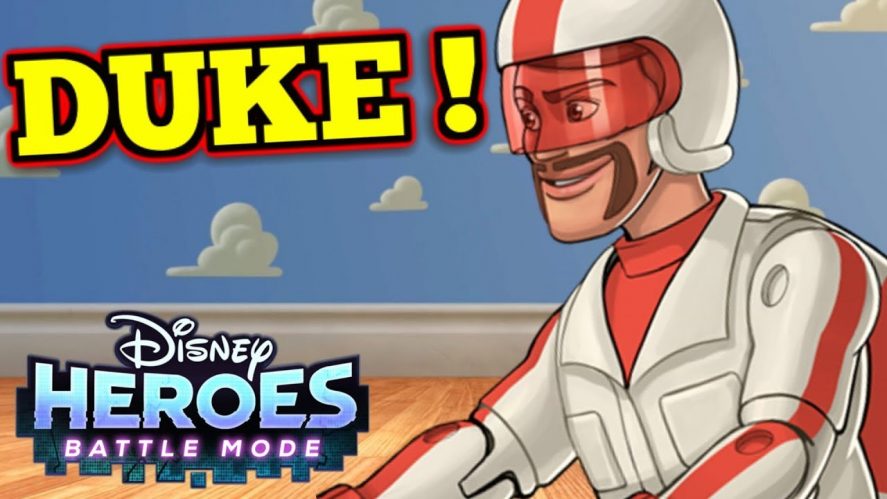 This character’s main skill is doing flips on his motorcycle. With Duke, you’ll be able to lay a beat down on your rivals and increase your chances of coming out of each battle a winner. That said, in order to unlock this strange motorcycle rider, you’ll have to have reached a high enough level in the RPG.

Toy Story returns to cinemas around the world and evidence of its never-ending popularity can be seen with the increase in downloads of Android games with licenses from the movie saga. It’s clear that the classic toys will never go out of style and will continue to bedazzle children around the entire world. And now we can experience thrilling adventures with them on any smartphone.