Every video game that we know of follows a certain set of rules and norms that limit it. The same goes for open-world games, but with a big difference: there isn’t one single path to follow until you reach the end. What’s more, if we want to narrow it down, many sandboxes don’t even need to have an end. Today we’re here to talk about the best open-world titles on Android, and to that end, we’ve put together a list of what we consider to be the most illustrious ones. Not every open-world game is a GTA clone; get ready for a good variety of genres on this list. 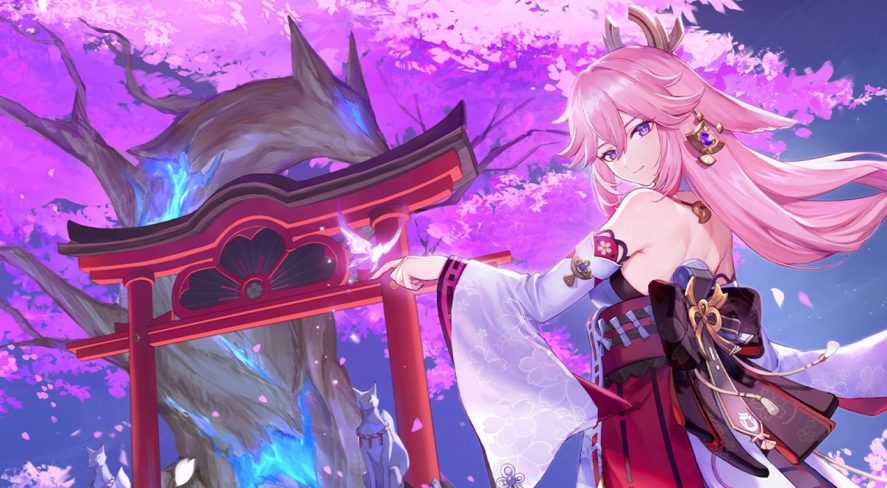 Starting this list with anything other than Genshin Impact would be unthinkable. The game by miHoYo broke all the schemes after its launch and has already hooked millions of players around the world. This open-world video game for Android and PC stands out from the first moment due to its visuals. In addition to its beautiful graphics, each of its updates bring in new elements, and the huge number of characters, weapons, and other collectible gachas make this game a delight for the senses. [Download] 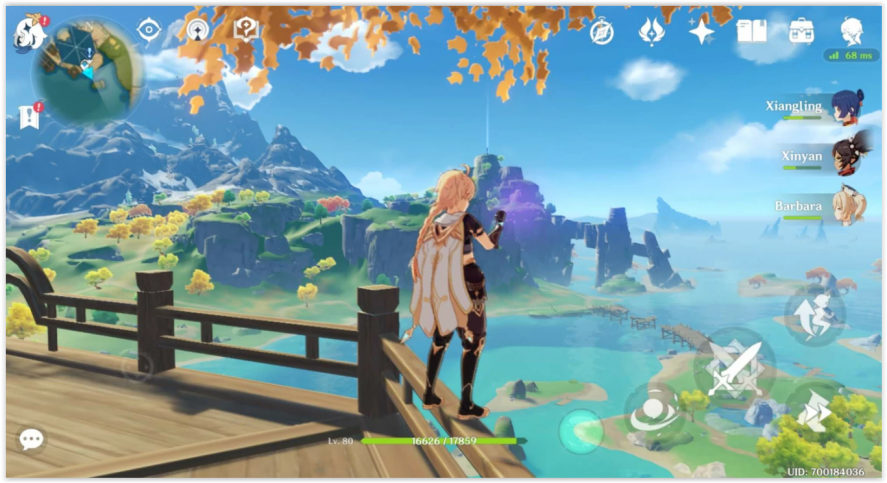 Sky: Children of the Light

Restoring hope to a world that has gradually fallen into desolation is the premise of Sky: Children of the Light. This title will embark you on exciting adventures and missions that you will complete while enjoying an extensive and colorful universe. The authors of the popular Journey bring an interaction system that’s ideal to communicate in real-time with other Children of the Light while you uncover multiple secrets. In addition, it has a simple control system that even allows you to fly to collect stars and return them to their corresponding constellations. [Download]

In Project Stars you’ll create your own astronaut to get on board a space rocket and discover other galaxies. This is another of those open-world games in which you’ll also find dozens of collectible items. In fact, on each planet you visit, you’ll be able to build certain houses and fortresses to modify the different sceneries. The title offers very realistic visuals, which will come in handy, as during the rounds you may need to shoot strange beings using any of your weapons. [Download] 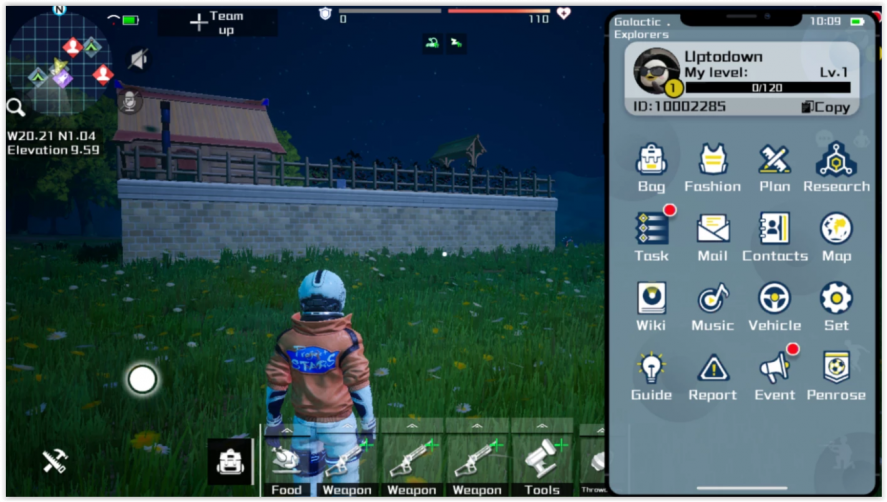 In Black Desert Mobile you will enter a colossal world where you will be able to freely move the character you have created. Executing multiple attacks and spells, you’ll culminate all the enemies while collecting items. As you complete each mission, you’ll be able to improve the protagonist’s experience and thus become almost invincible in this spectacular sandbox MMORPG by Pearl Abyss. [Download]

We’re extremely used to open-world games due to the ample possibilities that MMORPGs give us. But here we wanted to highlight games that you can enjoy on your own and Kingdom Quest: Crimson Warden fits the bill. If you’ve played Gothic, then we’re sure this game will bring back some memories. Yes, its interface is too busy and the graphics look like a blast from the past. But that doesn’t negate the fact that it’s an excellent RPG that’ll remind you of the classics from the genre. [Download] 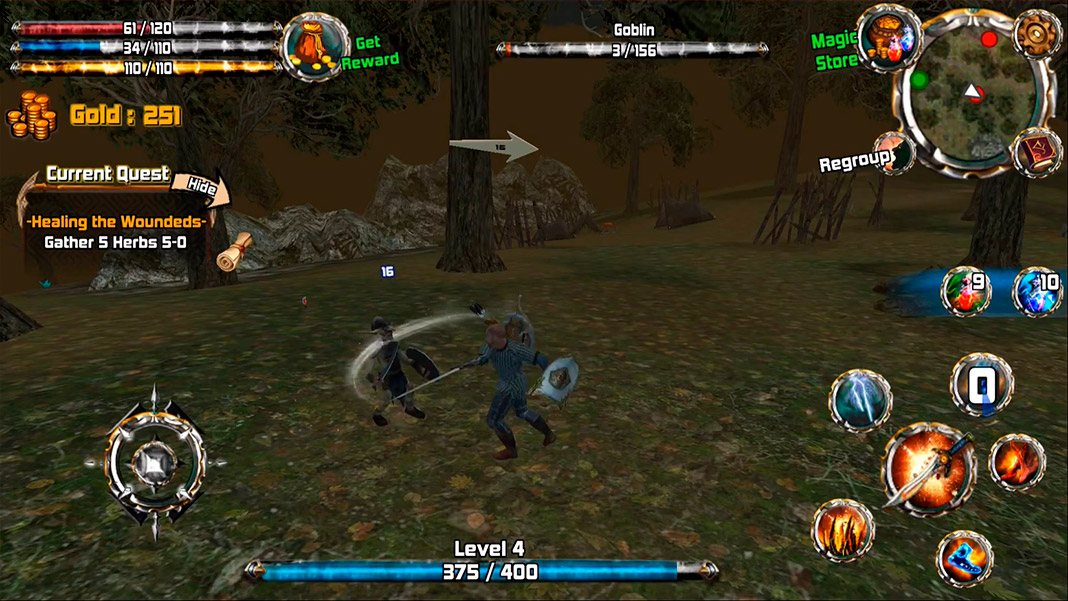 A car driving game? Don’t be so surprised. Burnout: Paradise and Need for Speed took the genre to a new level, and many games followed in their footsteps. This goes for mobile devices too, as Ultimate Car Driving: Classics demonstrates. Here you have a huge city to explore where you can try out different vehicles and complete tons of missions. We’ve made this selection specifically for the intense love of classic cars. [Download] 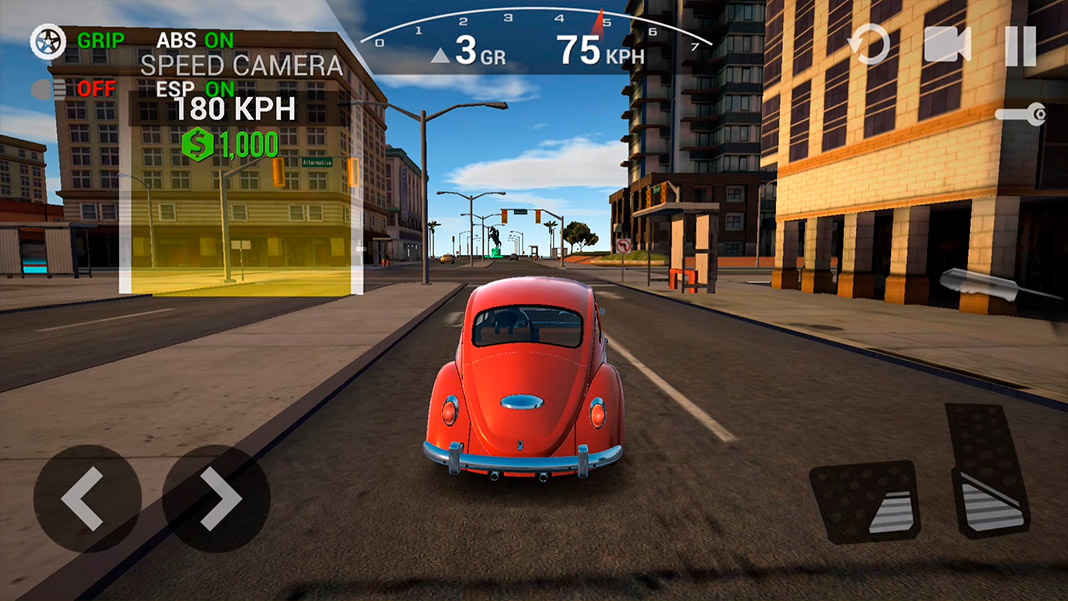 A hostile environment with more than 80 species of dinosaurs to discover makes its way to your Android device. After its success on PC and console, ARK: Survival Evolved brings a gameplay fully adapted to touch devices and magnificent 3D visuals. Throughout exciting missions, your goal will be to survive on a mysterious island while hunting gigantic beings and building shelters, weapons, and any other resources to help you stay alive. [Download]

We’ve already talked plenty about clones on Android, something that successful games don’t seem to be able to avoid. ARK: Survival Evolved has been hit hard and this Jurassic Survival Island: ARK 2 Evolve is our favorite “copycat.” Survival in a world full of dinosaurs. What more could we ask for? [Download] 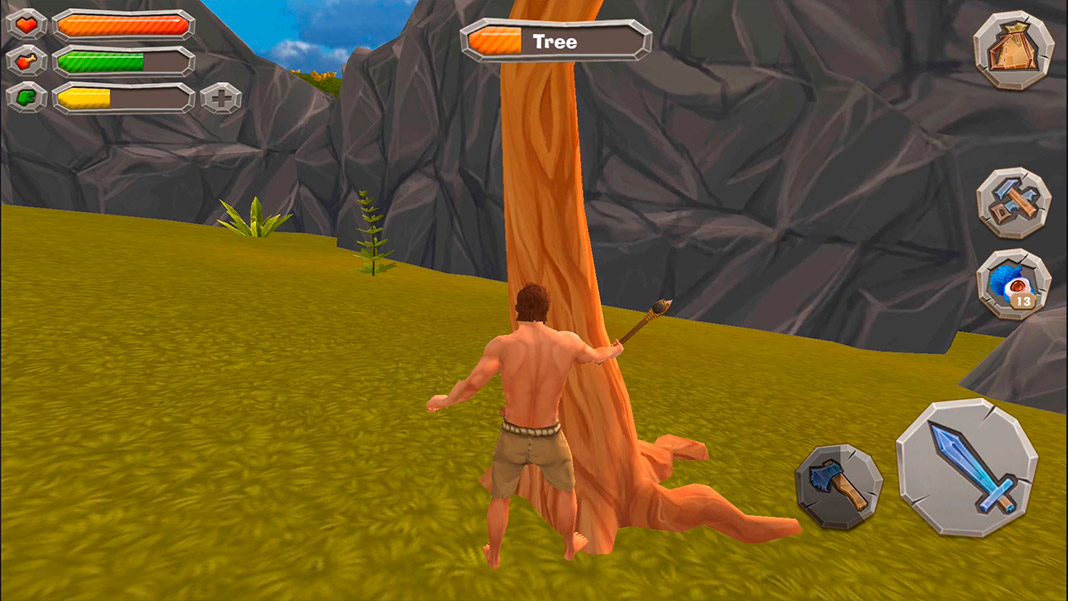 Not all open-world games have to color inside the same lines. That’s why we like to give a voice to small gems like Captain Tom Galactic Traveler, a gorgeous platformer where you give life to the planets you explore. Plus, your main mission includes recovering your lost cat, so the game really couldn’t have a better storyline. [Download] 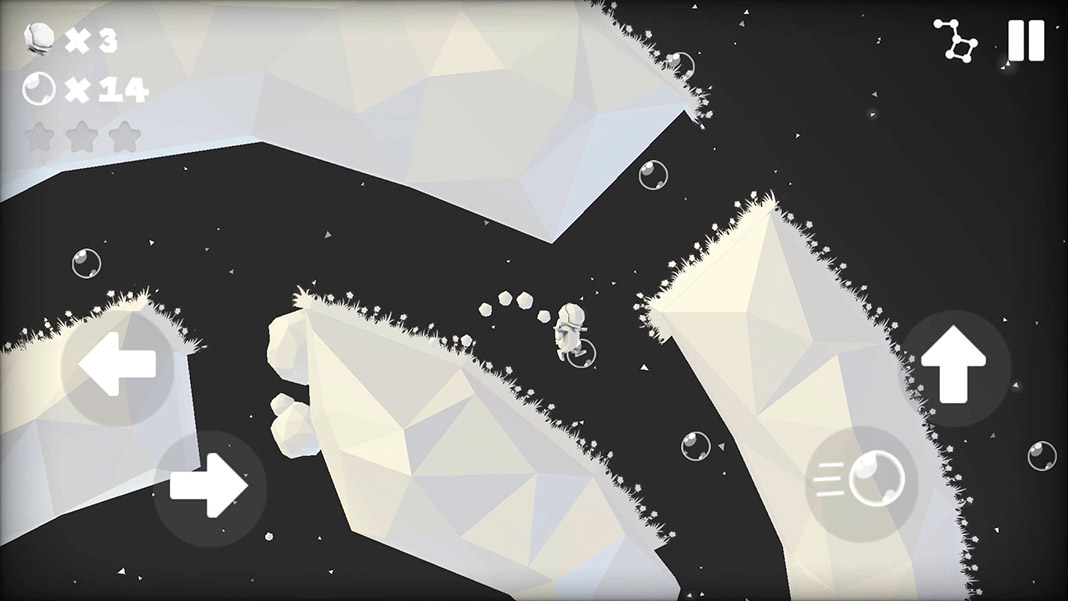 The Pirate: Plague of the Dead

Rum and roguery go hand in hand in this fun pirate game where you have to try to become the master of the seas. Get ready for a surprisingly in-depth battle system and a long list of missions to complete however you see fit. The possibilities are endless. [Download] 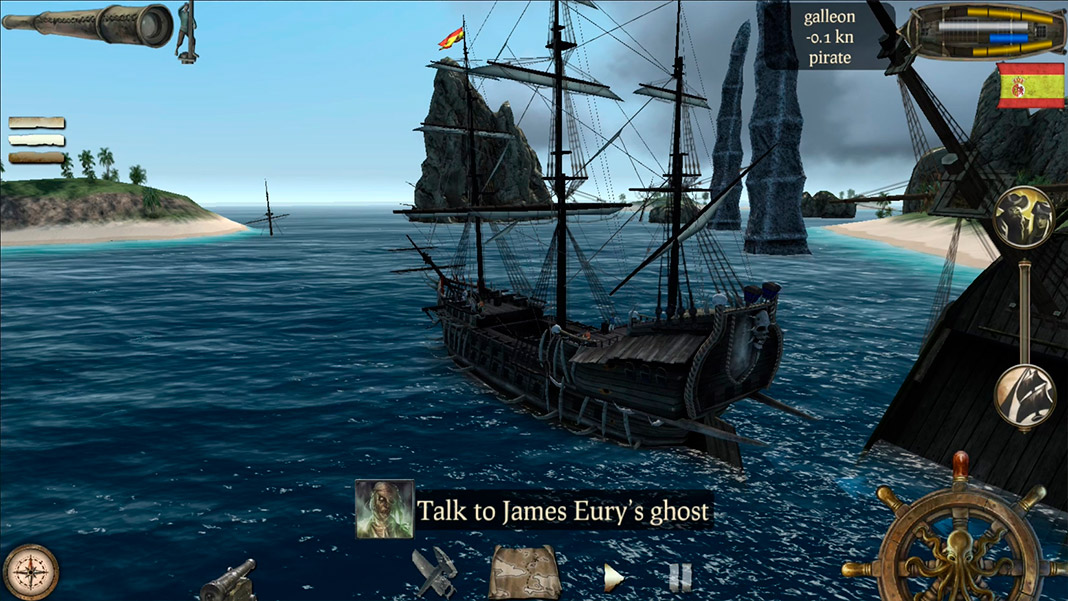 Before the success of PUBG, Fortnite, and other trending titles, there was DayZ. An amateur mod that became a total phenomenon that’s left an enormous mark on the world of video games. Mini DAYZ is a 2D version of the original game that comes with tons of features. All this is packed in an app that’s 100% free and doesn’t even include IAPs. There’s no better way to experience the zombie apocalypse. [Download] 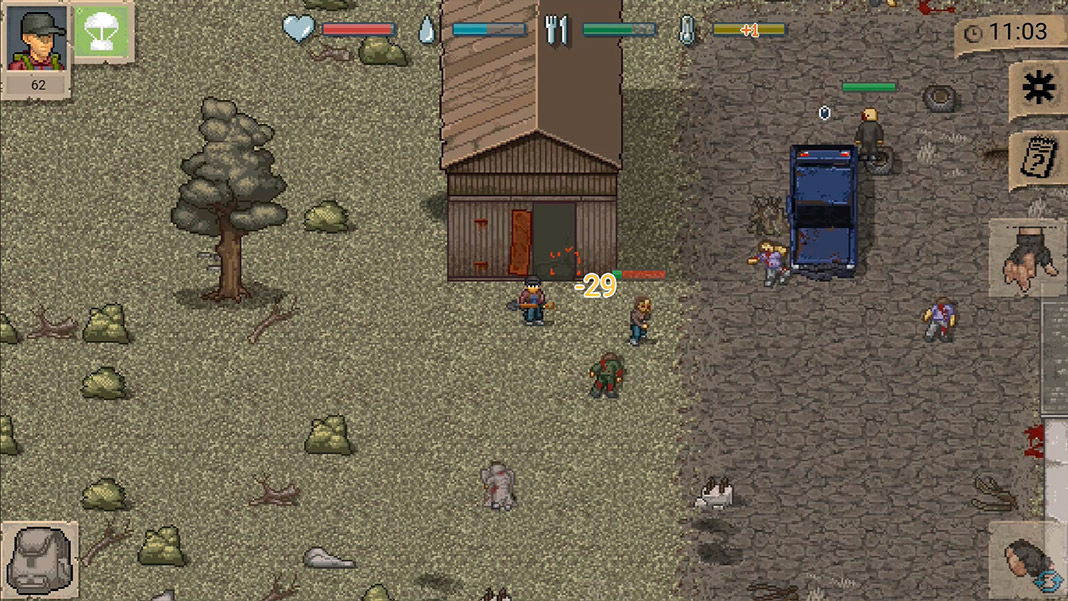 This clone of Red Dead Redemption is sure to sound familiar from when we wrote about the best games set in the Wild West. There’s a reason we’re mentioning it for a second time. West Gunfighter is a great game. Duels at dawn, card games, horse races, and so much more. John Ford would be proud. [Download] 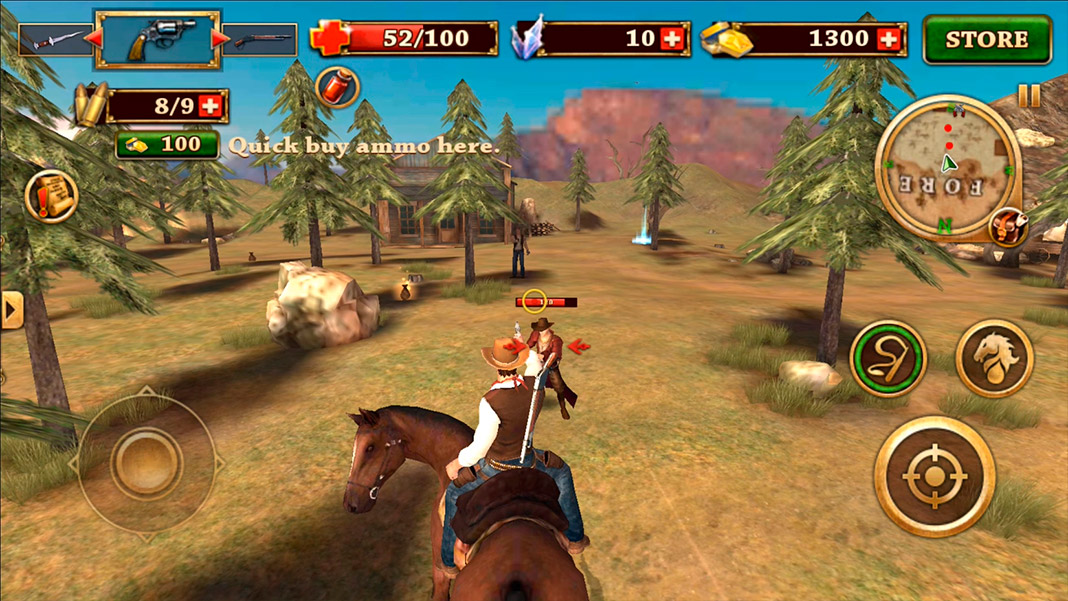 While most survival games are set in open worlds, we didn’t just want to have a list of all similar games. That’s why Shadows of Kurgansk earned a spot here for a few different reasons: an original setting based on the movie Stalker, its mix between RPG and survival, and the first-person perspective. Welcome to the Zone. [Download] 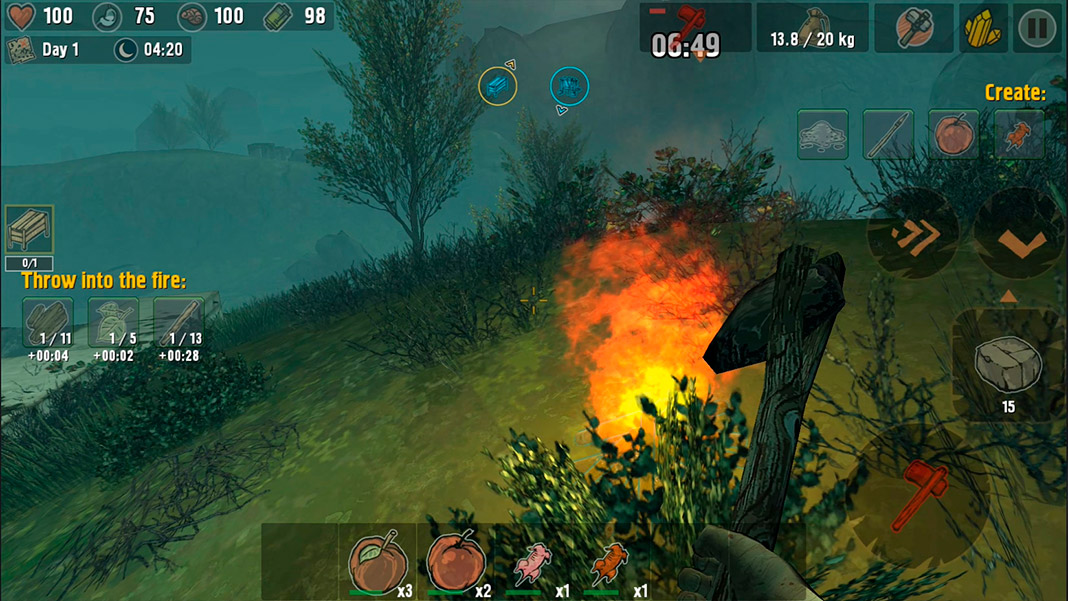 Although we try to make these types of lists with the most current games possible, there’s always a classic that deserves its place on the list. At this point, we’re not going to introduce Gangstar Vegas, but it’s worth mentioning that even today it’s still just as fun as ever. A must-have for fans of GTA and similar games. [Download] 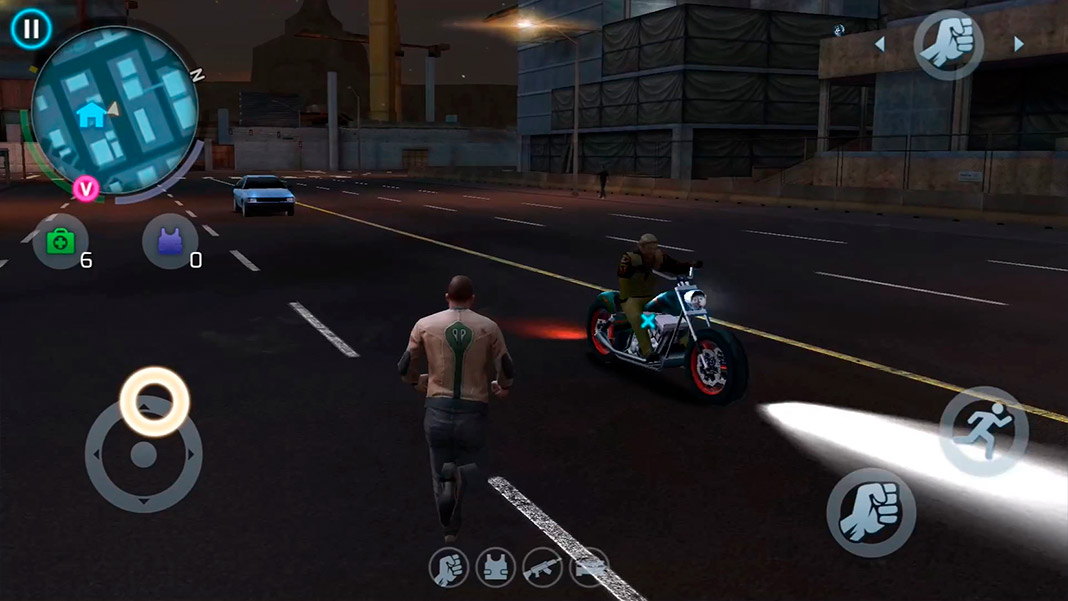 October 17, 2006 was the day a game appeared, loaded with unfair controversy. Bully followed in the footsteps of GTA but was set in a private school. It’s a great title that we basically revisit in High School Gangsters. This clone for Android doesn’t try to hide its references and could probably even be accused of plagiarism. But that doesn’t take away from the fact that it’s incredibly entertaining, successfully bringing the essence of the Rockstar title to mobile devices. [Download] 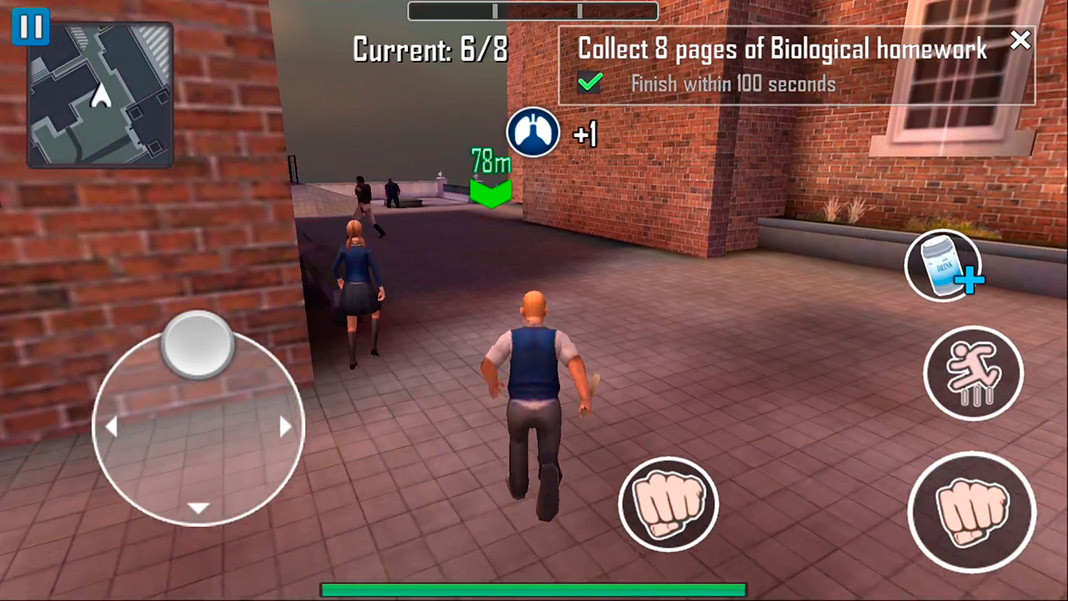 Another title clearly inspired by the Grand Theft Auto saga. In Grand Criminal Online is a sandbox in which you’ll have to show your guts to control every street in the city. Using a zenithal perspective, you will walk through each area of the map to find new missions to complete or simply fight with the first person you run into. And all under realistic and carefully-designed 3D graphics. [Download]