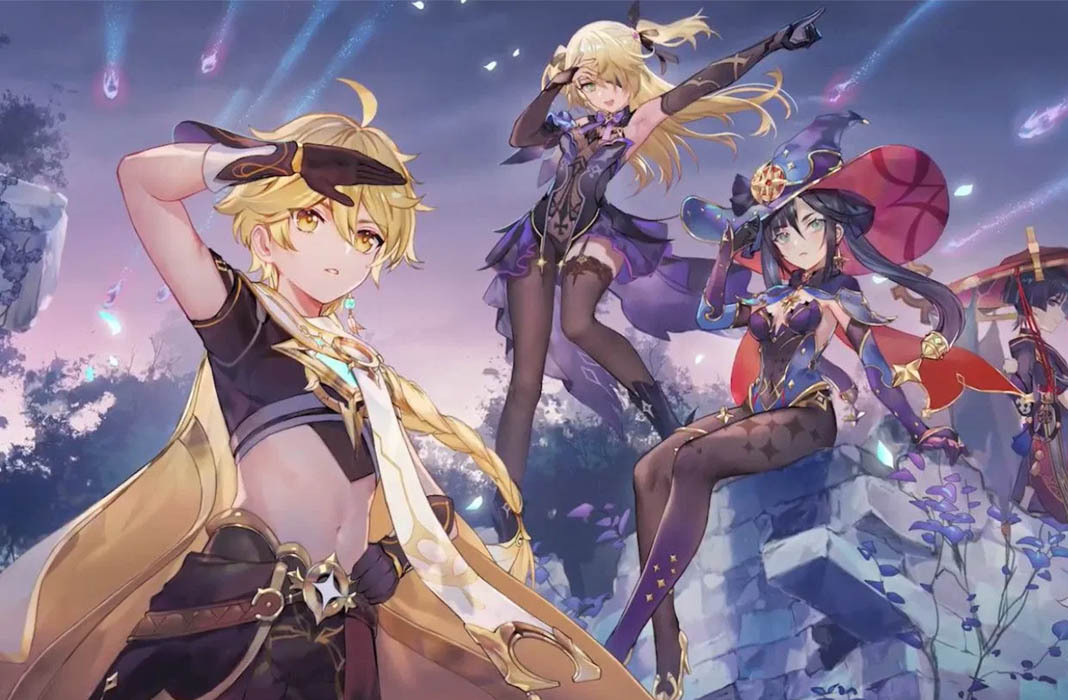 Without a doubt, Genshin Impact is one of the best mobile video games on the market right now. What at first could be considered a classic Asian copy of a successful game (in this case The Legend of Zelda: Breath of the Wild), over the months has become the pinnacle of what freemium video games can offer. This is thanks to its incredibly high production values and a business model that balances perfectly with the game experience.

According to SensorTower data, in just six short months after its launch on September 20, 2020, the game surpassed $10 billion in in-app purchases made by players across all app stores. In fact, it’s the first mobile video game to reach that figure in such a short time frame. As of today, it’s one of the top three mobile video games that generates the most revenue worldwide, surpassed only by PUBG Mobile and Honor of Kings, both from Tencent

However, this monstrous profitability doesn’t take away from the game experience for players who don’t want to spend a dime. Far from it, actually. Genshin Impact can be thoroughly enjoyed from start to finish without shelling out tons of cash to play.

Despite appearances, this is a single player game that doesn’t require direct contact with other players. This means there are no conflicts due to an imbalance of power between those who pay money in the game and those who don’t. Primogems, the game’s main currency, only offer you the possibility of acquiring new characters, weapons and improvements at a faster rate, but in no case does it radically change the game’s dynamics. As League of Legends has already proven, a clean, fair and above all profitable freemium model is possible.

What is Genshin Impact all about?

Forget the competitive factor, leagues and any other stressful dynamics associated with the most successful mobile titles. Genshin Impact is a personal adventure that you face alone as you explore the majestic continent of Teyvat. Along the way, you’ll begin to understand the complex history of the seven archons and their relationship with the different factions that populate their world. This is a third-person action RPG with a strong exploration component that rewards you for investigating every last corner of the map and completing the different main and secondary missions given to you. Sure, there is a small online component, but it’s cooperative and focused only on completing certain missions that, equally, you can complete with bots.

You play the ‘traveler,’ a being that navigates between universes and that, for an unknown reason, ends up trapped in the world of Genshin Impact. From there, you’ll discover all the characters that populate the different regions in which the adventure takes place. For now, you can only explore the regions of Mondstadt, with an epic fantasy setting reminiscent of the initial areas of the aforementioned Breath of the Wild; and Liyue, inspired by Chinese geography and architecture. However, the game’s map is expected to be expanded in upcoming updates.

There is a main string of missions that you’ll have to complete as you make your characters stronger. That’s right, characters in plural; one of the best things about this game is getting to unlock new heroes to add to your ranks. Although you can only manage one character at a time, you can switch between the members of your main group of four adventurers at any given time, each one being associated with one of the seven elements in the game. This causes synergies between skills, so for example, if you attack an enemy with an Electro (electricity) element skill and then use a Cryo (ice) skill, you’ll do way more damage.

Like any good Free-to-Play game, in addition to the main story, you’ll find a huge selection of extra tasks ranging from small daily quests to cooperative dungeons in which other real players can lend a hand, as well as clashes against bosses scattered around the world or festive minigames. The point of all these activities is to collect the aforementioned primogems and other crafting objects that will let you try your luck in the store to unlock characters and weapons, as well as to enhance the ones you already have.

How is Genshin Impact monetized?

Gacha gaming is a huge part of Genshin Impact. For anyone who doesn’t know what this means, we’re talking about games that have you try your luck by using the game’s currency to ‘buy’ a randomly chosen game element. In the case of Genshin Impact, the ‘prize’ is new characters. The prize panels rotate, so you’ll find different gacha modes to opt for different prizes according to temporary events. Each  ‘Acquaint Fate’ item or ‘Intertwined Fate’ object lets you participate once, although there are lots that let you redeem ten participations simultaneously, making sure that at least one of them will have an important prize.

You can make an effort to earn these ‘fates’ by playing normally and participating in the different permanent or temporary missions that Genshin Impact offers. Even so, and here comes the business aspect, you can buy the so-called genesis crystals with real money, which can be exchanged 1:1 for primogems that, in turn, will also give you turns in the gacha system. Yes, it sounds like a mess, but it’s simpler than it seems and you can find plenty of guides that explain it in detail.

But that’s not all, because in this network of currencies you also have the berries, which is the game’s currency you’ll earn for overcoming missions and exploring the map; as well as the stardust and star glitter, which you’ll get as you participate in the gacha system and that you can later exchange for objects necessary to evolve your equipment. You can also get this by crafting in the game world.

MiHoYo studio’s initial plan is to progressively expand the game’s content with each new update, revealing the different regions of the Teyvat continent progressively and, in turn, adding new chapters to the story. With version 1.6 already available, there are only two of the seven zones available and 33 characters available. As we already explained above, the game’s numbers are growing steadily, as evidenced by the $5.8 million dollars in profits it generates every day.

With this explosion of growth, MiHoYo hasn’t stopped expanding its product to new markets and platforms. As a matter of fact, Uptodown is the official distributor of the Android version, not to mention its recent arrival also on PS5, and its distribution on PC through the Epic Store. This promising future once again highlights the value of using the freemium model without affecting the quality of the product or the user experience itself.