Home News and Updates The Almighty Arataki Great and Glorious Drumalong Festival has begun in Genshin... 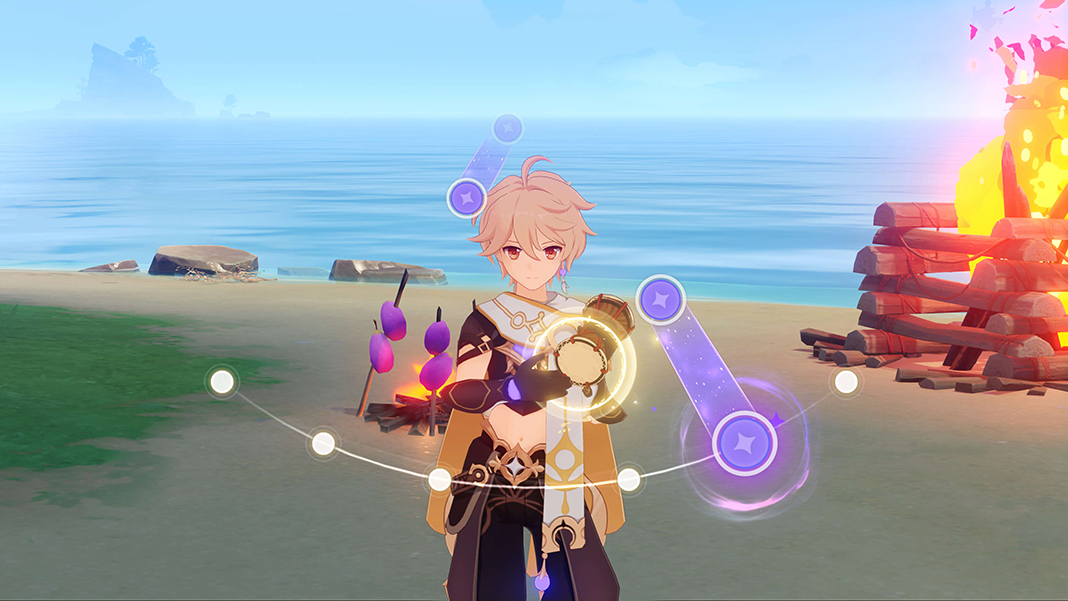 The moment that Genshin Impact fans have been waiting for is finally here. The successful game from miHoYo that came out one year ago has a new event titled “The Almighty Arataki Great and Glorious Drumalong Festival.”  The event, which starts today, will end on July 4, 2022.

This is a rhythm-based musical minigame. The prize for completing the challenge is to obtain Arataki’s Great and Glorious Drum, Primogems and Weapon Ascension Materials, among other rewards. 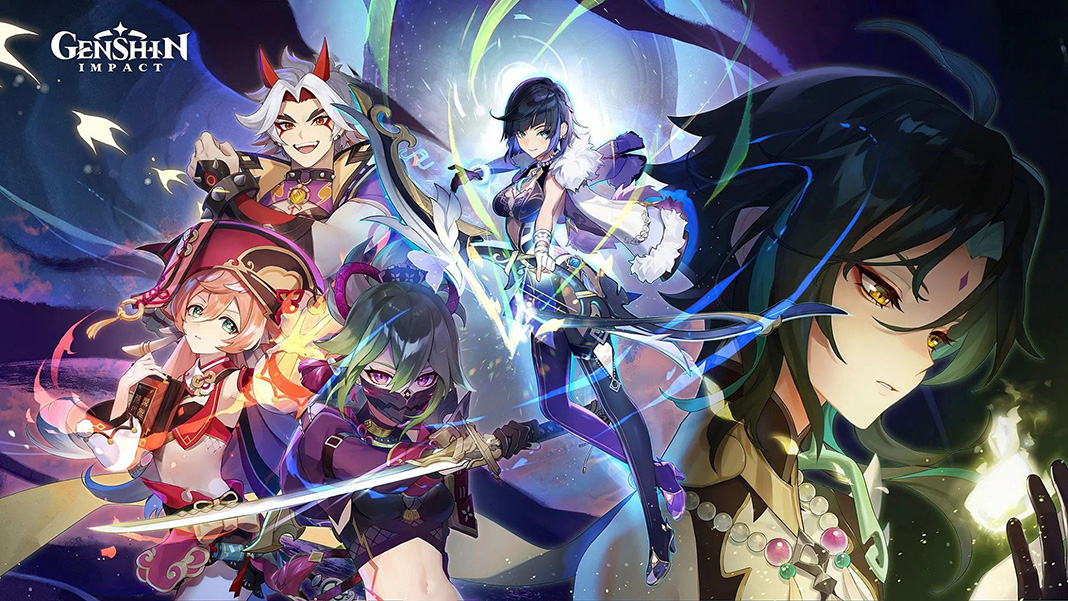 The event begins with a letter of invitation from the Arataki gang, who want their friends to participate in an event. To take part in the Festival, you’ll need to have reached at least Adventure Rank 30 and have completed the quest “Ritou Escape Plan” from the Archon quest “Chapter II, Act I: The Immovable God and the Eternal Euthymia.” Next, you’ll have to talk to Genta, the Arataki Drumalong Festival Welcome Ambassador, and then you’ll be able to start playing.

The challenge consists of seven songs with three difficulty levels each (normal, hard and pro). The notes will appear from above, moving towards the decision line and you’ll have to press the button at the exact moment that it’s marked with a circle.

Genshin Impact has chosen to incorporate the usual rhythm gameplay used by titles of this style, like Dance Dance Dance Revolution, Guitar Hero or Elite Beat Agents. For long notes, you’ll have to hold the button down longer and release it at the right time.

Your score will depend on how accurately you play each note. To tailor the experience to your personal preferences, you can adjust the speed at which the notes appear and the volume of the button, and also calibrate the scores. 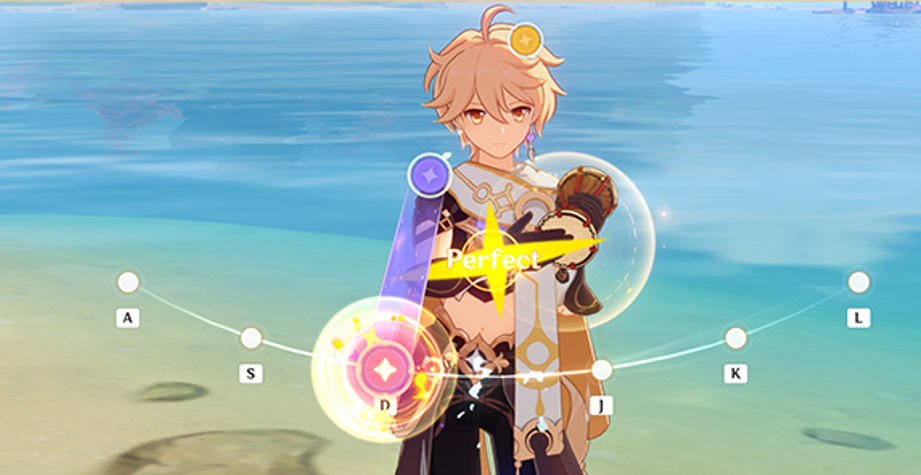 When you unlock a song, you can use the editor to change its notes and create your own score. Just click on “Compose” on the song page to complete normal or advanced editing.

In the normal mode, during the song you only have to press when you want a note to appear; whereas if you are looking for a longer note, you’ll have to press and hold the performance button.

You’ll see red lines will move downward to indicate the rhythm recommended by the system, and the notes that you add will be included in the rhythm line that’s closest to them. The advanced editing mode is used to move or delete notes. 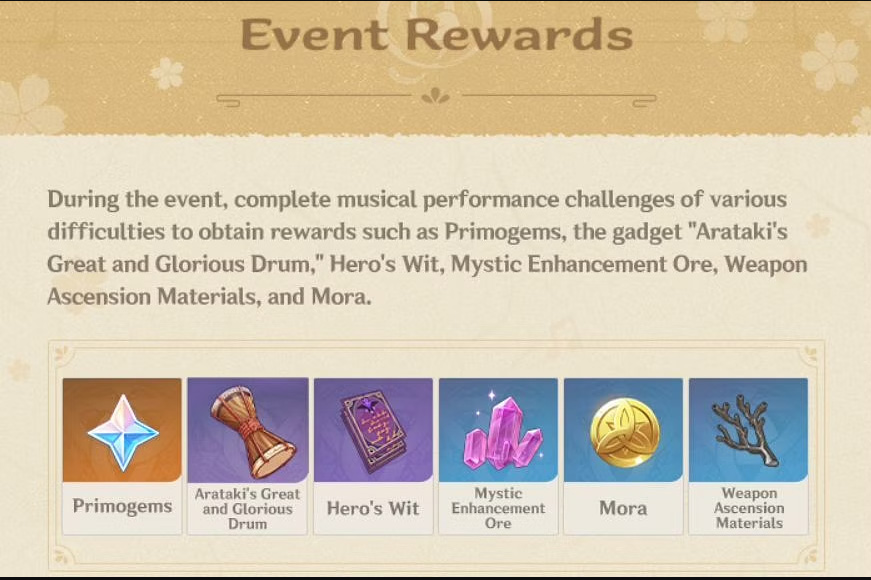 You can save two scores of each song, and you can even share them with other players (Genshin Impact travelers), but to do so you need to get the highest score in the song you’ve created. Once the event comes to an end, the scores created by players will not be saved.