The passion for all things retro tends to be one of the main motivations of many videogame developers who are looking to give their works an old-school feel.  Soul Chase is built on this idea, making it a fun 2D platformer with a retro essence both in appearance, as well as content. Luckily, it’s a game that’s fully aware of the medium it exists on, so its gameplay is perfect for mobile devices. 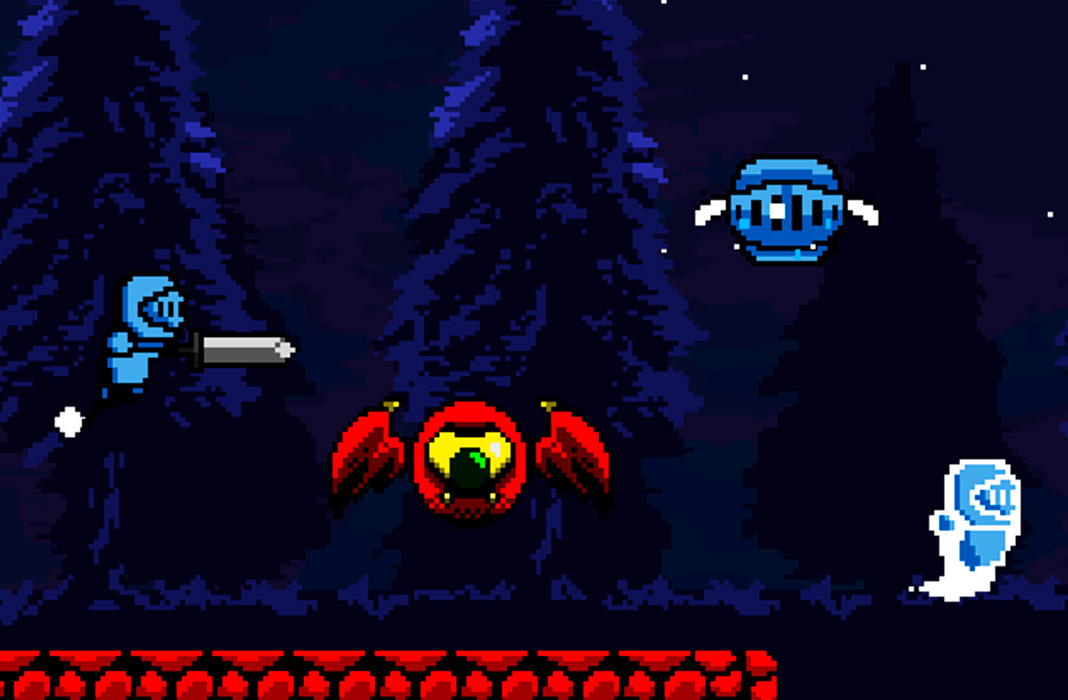 Playing Soul Chase is inevitably going to take you back to your days of playing the classic platformers on Nintendo or Super Nintendo. If nothing else, the constant deaths in the game will remind you for sure. But this will only happen until you master the controls: you’ll use the big buttons on the screen to move right and left, jump, and use a dash button to attack in the direction your character is facing. But this isn’t the only example of the greatness of Soul Chase. The main gameplay is also original enough to make us want to stand up and give it a round of applause. 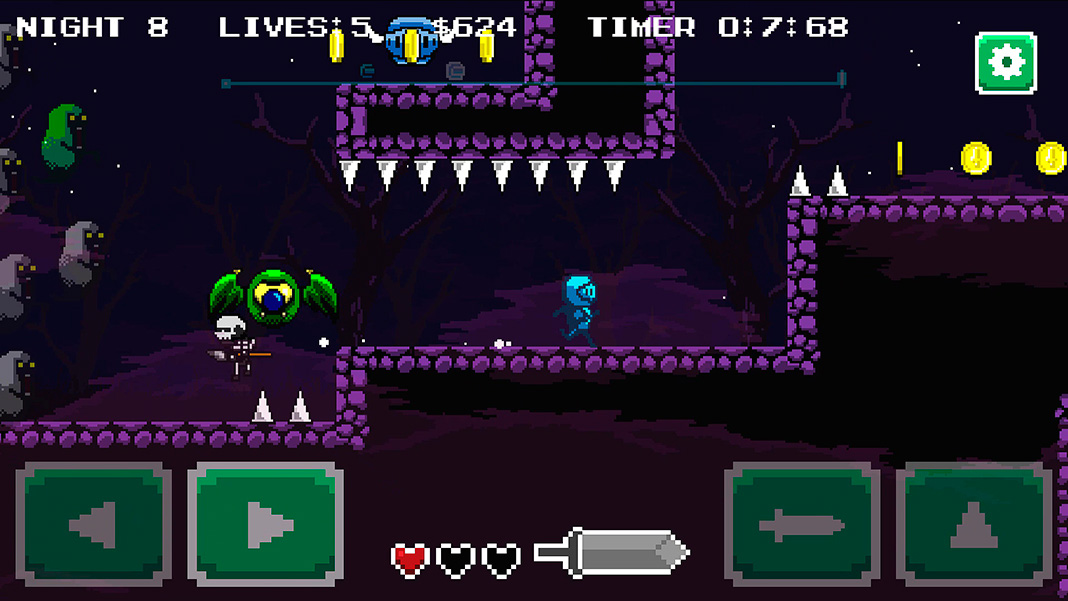 In each one of the 21 phases of the three chapters available, you have to chase after your soul. You can see its progress in the upper part of the screen and you’ll be defeated if you don’t manage to catch it before the level is over. However, catching it is no walk in the park. Along the way, you need to watch out for enemies, spikes, and deadly drop-offs in order to complete your mission.

This gameplay turns Soul Chase into a total paradise for fans of speedruns, since getting the best time is an extra challenge that many of us can’t help but enjoy. Mastering the controls, especially the dash attack, will be key to being successful and reaching the top of the scoreboards. And if you find it to be a bit of an uphill climb, there are solutions: you’ll find coins along the way that will give you access to improvements in the nice little hub found between screens. A little town that will remind you of the beloved and hated Zelda 2. 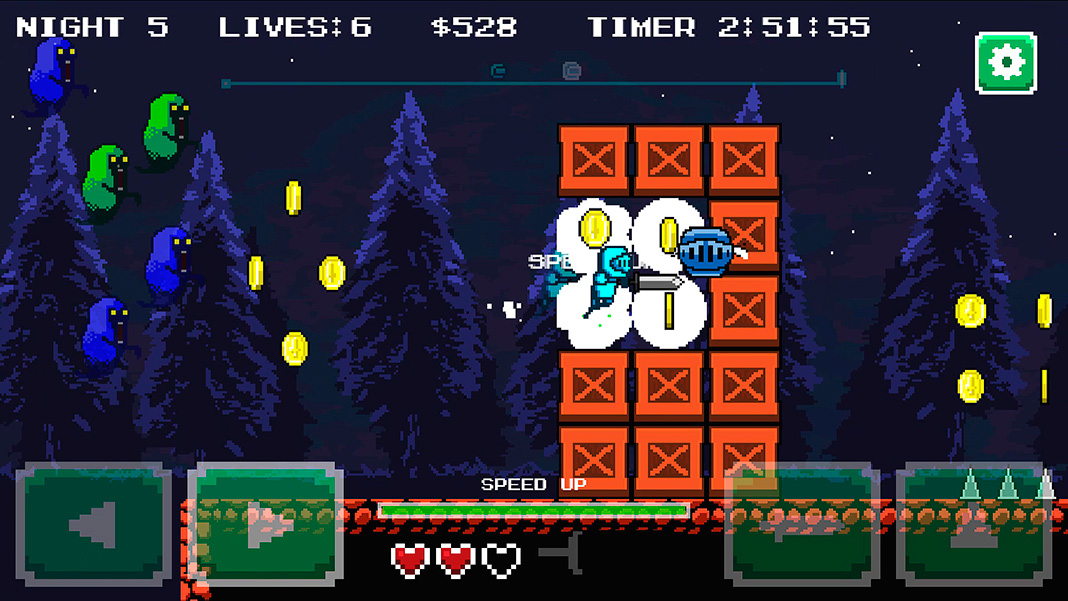 Soul Chase has charmed us with is ability to perfectly bring a retro-style game to mobile devices thanks to its short levels. The influences from Shovel Knight are clear as day, but that’s not a bad thing; quite the opposite actually. It’s a title created by Aljon, very one-man-army esque and with a retro soundtrack from various authors. You won’t want to miss out on this little gem, that’s for sure. 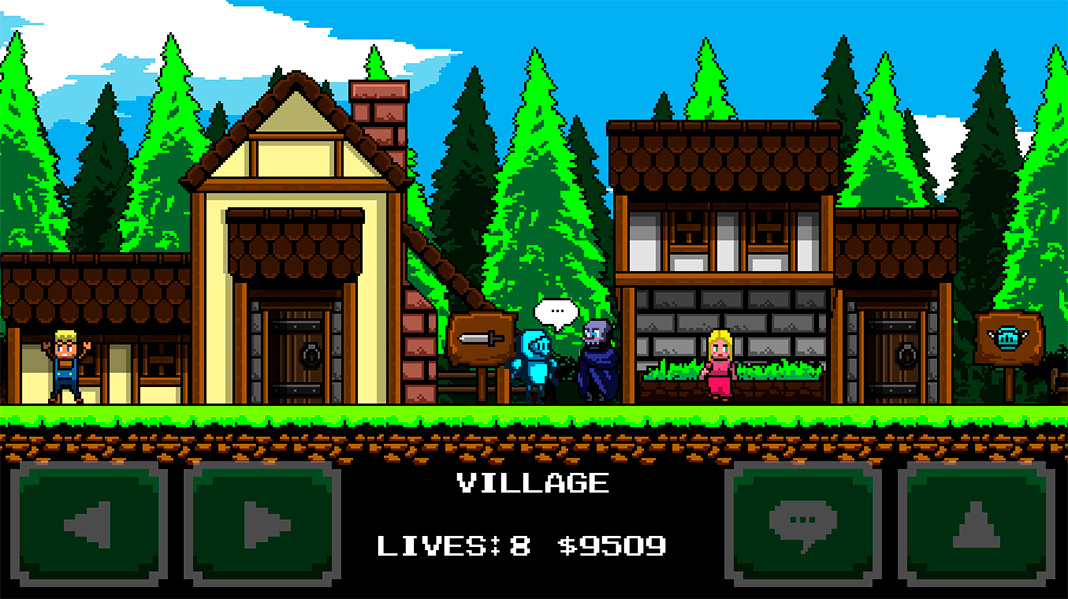