The Skylanders saga has been around for years. While the console installments have been around since 2011, there are also half a dozen derivative titles for mobile devices. And to add to this list, we now have a new installment: Skylanders Ring of Heroes was just released on Android as a Free-to-Play RPG with turn-based combats, seasoned with PvP battles and the inevitable creature collection. That said, in this case you can forget about interacting with plastic figures through the portal of power, which brought the brand its original success. 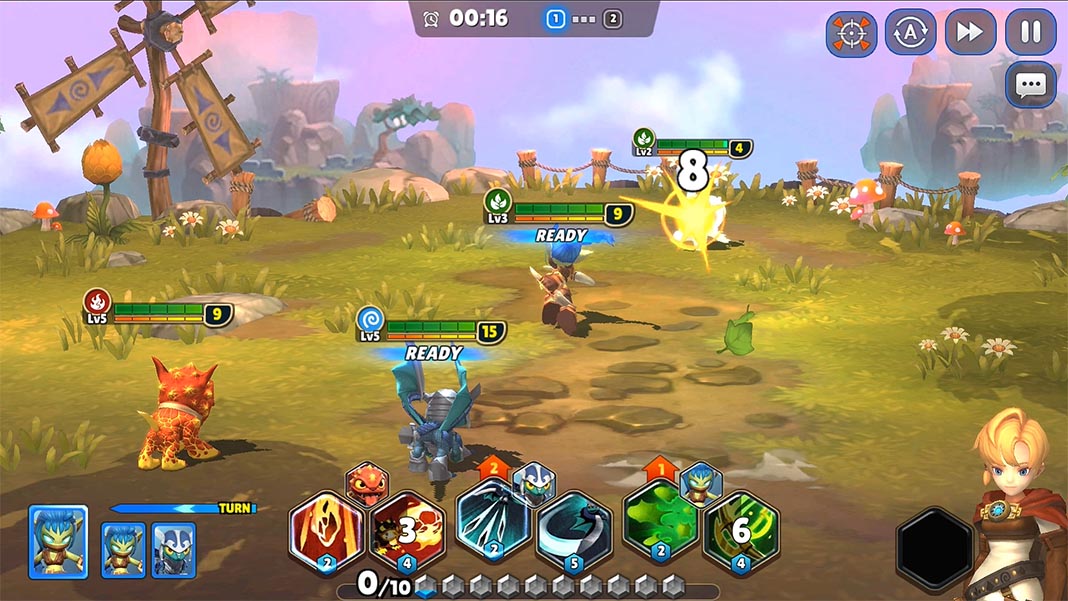 In this case Activision left the game’s creation in the hands of South Koreans Com2Us. While on a visual level, it’s awesome and is completely integrated with the series’ iconography, its MMO gameplay clearly shows the Asian features that are so common in the genre for mobile devices. That said, the progression system fits like a glove given the formula’s based on collecting and battles between monstrous creatures.

The heart of the game is made up of turn-based battles where you have to create teams of three creatures to complete different types of missions assigned to you. Well, when we say different types of missions, we mean the story mode, daily missions, guild challenges and other typical F2P features. The combats are always the same: each character has two special abilities (plus a third one that can be unlocked), letting you choose the objective of each attack, although you can also leave it up to automatic combat. Also, there are ten different elements with their own advantages and disadvantages, sort of like rock, paper, scissors, lizard, Spock. 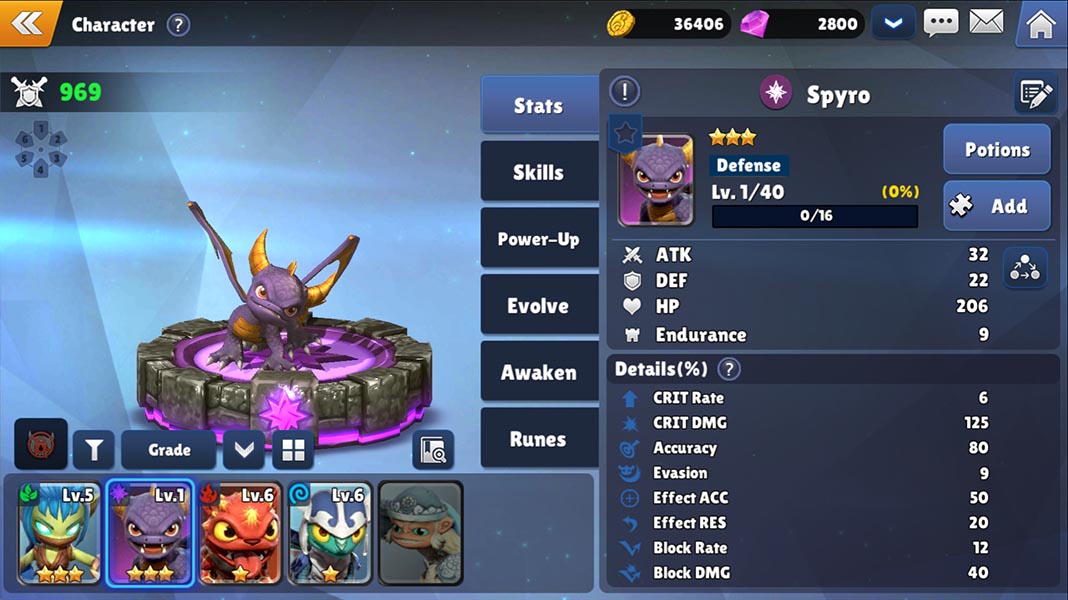 Beyond all this, you have your operations base where you can improve your installations to increase looting. In terms of the monetization, the game is based on the typical system where each action requires you to spend energy, which reloads with the passing of time, thus extending the life of the app as you play it every day. Of course, you always have the option to pay real money to reload it, along with the option to pay to make your characters level up quicker or unlock new ones. In case there was any doubt, the gacha system is what’s for dinner, so you’ll need plenty patience and determination in order to unlock the 80+ Skylanders available.

Currently, the game has been released as a soft-launch in Canada, Australia, and New Zealand, although it can be played without any geographic limits by installing it via APK.

Skylanders Ring of Heroes for Android on Uptodown | Download