Home Tutorials and Guides How to set up ScummVM on Android 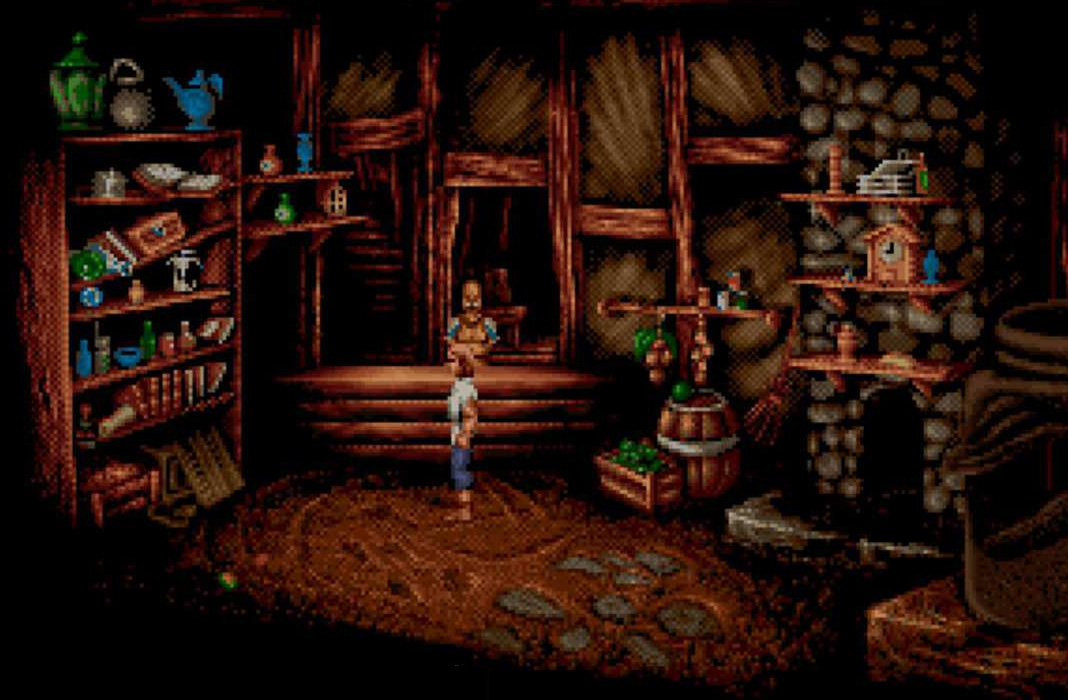 Classic point-and-click graphic adventures are a genre that bring you back again and again, as few other subgenres remain as a testament of the prolific production from the late 90s. Fans of abandonware – indeed, nostalgic gamers in general – are probably already well acquainted with ScummVM, a program that can run several retro graphic adventures on modern machines without the headache involved in setting up an MS-DOS emulator. (In fact, tons of the retro games sold on platforms like Steam and GOG run using DOSBox.) But what few people know is that there’s an Android port of ScummVM that adapts the controls to touchscreens and in recent years it’s been tweaked to run much more smoothly. Plus there’s a good handful of iconic graphic adventures you can play on it both freely and legally. An extra setup menu in Android

Lots of people who haven’t seen the latest updates think the Android port of ScummVM leaves much to be desired compared to the desktop version. The new update got rid of the separate bits and bobs needed for each game (now you just install an app and you’re done) and, more importantly, adds a second level of customization to the app. When you start it and the welcome logo appears you’ll have a few seconds to tap the Change device configuration button up top to get access to tons of setups options. Here are some of the most important ones: How to install ScummVM games?

Once you’ve set up the previous panel, you go into the most straightforward menu where you pick your games. To get them to appear in your list you should add them manually from the Add game option (d’oh). From there you’ll find the filepath where you saved the game files. To avoid hassles, it’s a great idea to create a file tree in your Downloads folder to save headaches with permissions, etc. (Tip for newbies: you can find that folder at /sdcard/downloads.) Obviously before doing this you need to have saved the files for each game on your device, though none of those are compressed files like with ROMs for emulators. Once you add the folder containing your files with your browser and then click Accept, ScummVM will auto-detect the game and let you pick which language to run it in if there are several options. Important detail: ScummVM has two configuration levels per section. Let me explain. In the Options section on the main menu you can assign the default visual and audio parameters that will apply to all installed games, but then if you tick a title from your list and click Edit game, you can modify all the same options for that title only. Specifically, what you’re likely to be most interested in here are the visuals, as in terms of sound (unless you’re a maniac for chiptunes) your experience won’t vary much whether you opt to emulate a Roland MT-32 or an AdLib card. If neither of those names mean anything to you, just skip that bit.

There are two differentiating elements in terms of graphics. One is the Graphic Mode menu, which includes post-processing filters to apply to your games if you’re not a fan of the fat pixels at resolutions of 320×200 or so (which you should be ashamed of yourself about, if so, by the way). Filters like SuperEagle, Super2xSAI multiscaling should ring a bell for people who’ve fiddled around with emulators before, and here they work brilliantly. On the other side is the Renderizing, which lets you select the type of graphic driver ScummVM will try to simulate for the game. If you leave it on its default setting it will run the familiar VGA, but if you want to destroy your retinas with the pinks and greens of the CGA mode, you’re welcome to try. Free abandonware to use with ScummVM

People involved with the ScummVM project do a job that could almost be considered philanthropic by getting in touch with the original creators of games designated as abandonware to access their resources and internal code and set them up for emulation. They’ve managed to get official consent from lots of studios to distribute their titles for free. You can download the games from the ScummVM site (and from Uptodown – see links below). Here are some of the titles you can get a hold of:

A game that’s very special to Yours Truly. In it you play a disturbed martyr in a decadent cyberpunk dystopia. With a look and perspective that’s totally different from this usual in this genre, Dreamweb is a grown-up adventure developed in 1994 by the studio Digital Reallity. Plus it includes a small diary written by the main character as an intro story. Couldn’t really ask for more. [Download] Lure of the Temptress

Before making a mint off the Broken Sword saga, in the early 90s Revolution Software released two graphic adventures that might not have made as many waves as releases from LucasArts or Sierra but in many ways are just as good. Lure of the Temptress is an medieval fantasy adventure whose main virtue is that it offers the so-called Virtual Theatre system, which the studio used in later titles and where the characters and settings move and interact independently of your actions. [Download] Beneath a Steel Sky

The other big title from Revolution Software also came out in 1994. In this science fiction adventure, the Earth’s environment has been devastated and two megacorporations fight for supremacy. Your ramblings through an enormous futuristic city full of political intrigue and espionage make Beneath a Steel Sky another unjustly forgotten epic. [Download] Flight of the Amazon Queen

An adventure that drips pulp references from all pores. A pilot crashes in the Amazon along with a movie star and part of her team. You’ll run into mad scientists looking to take over the world, ancestral tribes, and tons of similarities to Indiana Jones – almost to the point of being a proper exploitation of the LucasArts games. But that certainly doesn’t mean it’s a bad game – the opposite, in fact. [Download] Spaniards in the house, ya’ll. It’s not like production here in Spain has ever been super prolific, but tons of people still affectionately recall this Dracula parody where you play Johnny Hacker on his question to rescue the lovely Billie Jean (no kidding) from the clutches of count Drascula and his castle guards. [Download]