Videogames designed for the Android ecosystem tend to lean more towards quick and short rounds. This makes sense, given that most are made so that we don’t have our phones in our hands for too long or waste too much precious battery. Puppet Fighter is well aware of this and makes it its mission to keep its games short and sweet: it’s a patchwork of different fun minigames that you’ll enjoy even more if you play with a friend. 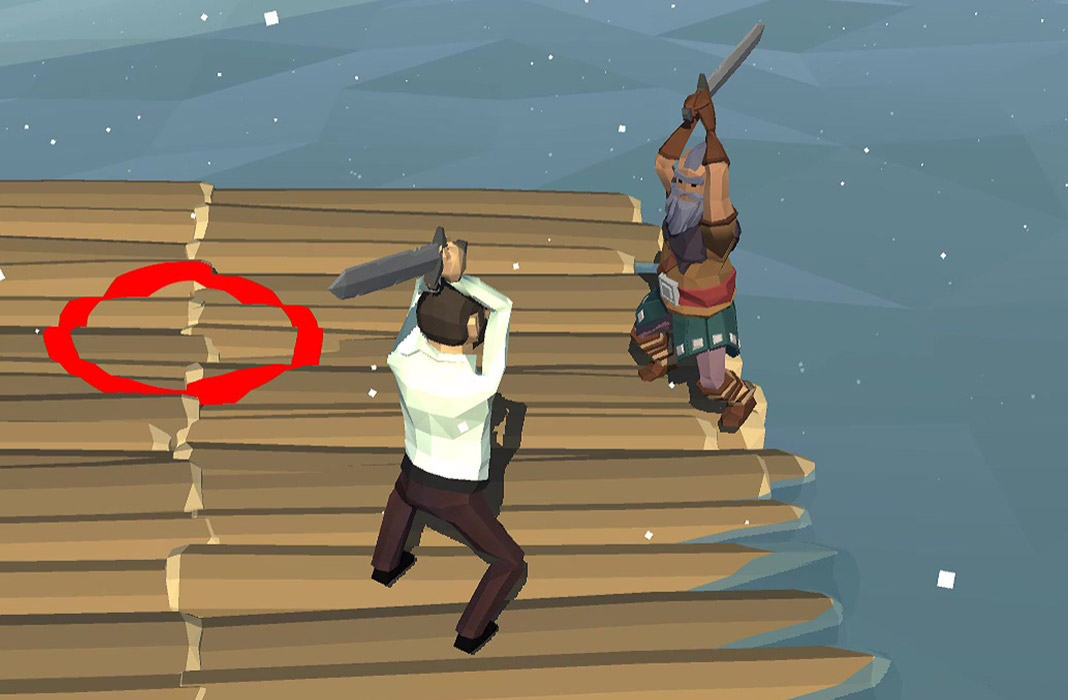 Puppet Fighter reminds us of games like Poy Poy or Bishi Bashi Special: little underground games from the original PlayStation that were fun to no end. This title actually has a lot in common with the old-school games mentioned: the simple style, absurd concepts, and pretty original graphics. 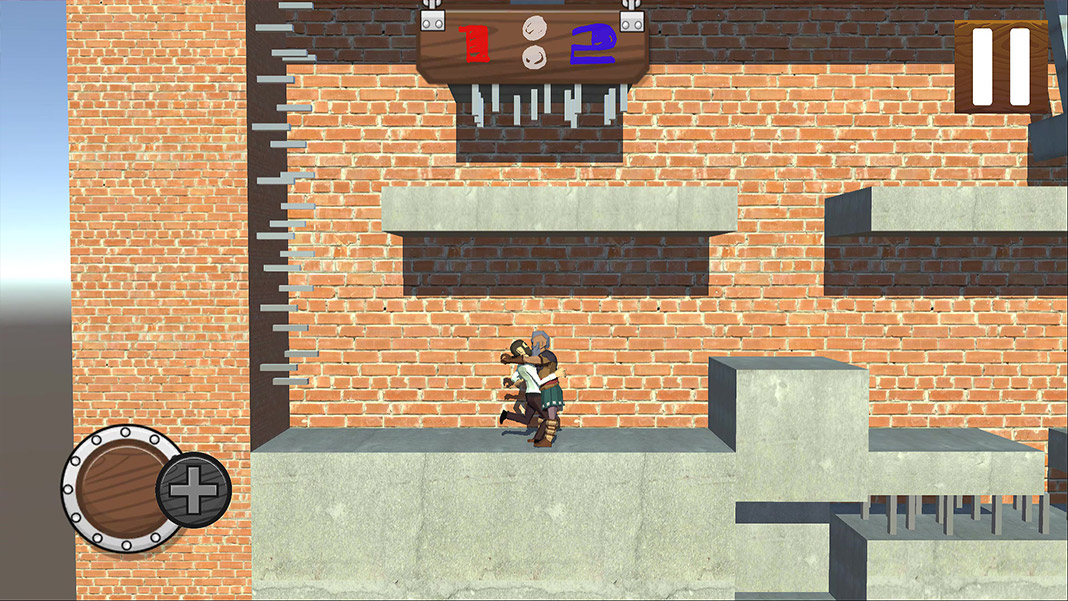 The controls in Puppet Fighter are as simple as they are effective: you only have a virtual joystick in the left part of the screen to control your character throughout each and every minigame: get ready for battles with swords, hammers, vehicles, snowballs, portals and traps. You can take a look at our gameplay video to see these games in action, but basically, all the games are super short and are played against another player. The set up is pretty much a wacky fight between modern looking characters and vikings. We have no idea where they got this idea, but we dig it. 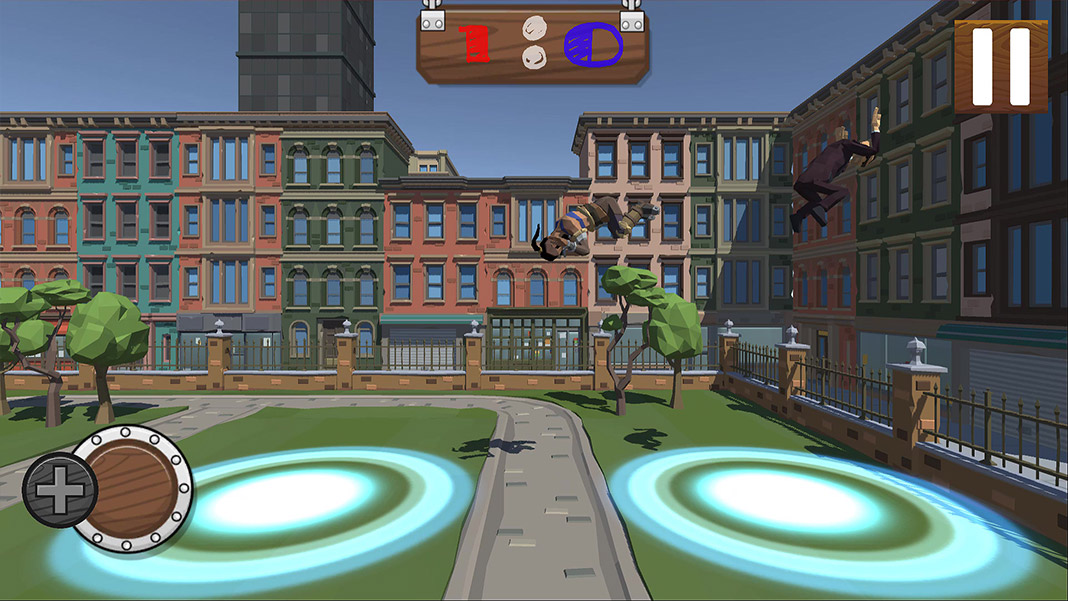 We already mentioned that Puppet Fighter is a game that can be played with friends, and that’s actually where the game most shines. It’s not every day that we can play a local multiplayer game from just one phone, but the simple controls make it possible: each player gets his/her own virtual joystick on each side of the screen. That said, we recommend playing on a tablet or bigger smartphone to really get the full experience. 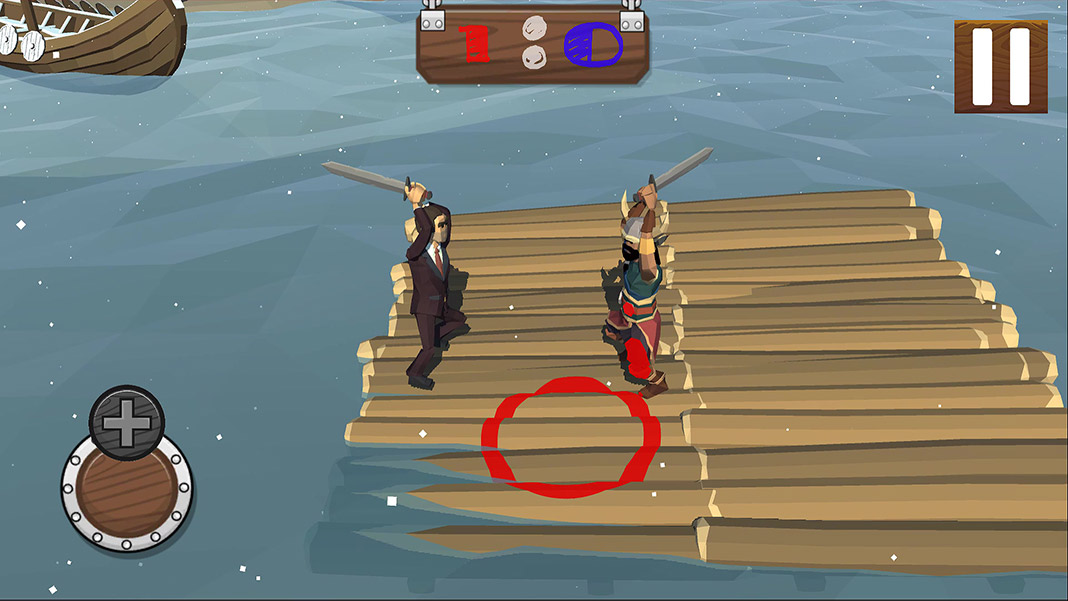 Puppet Fighter is the typical game that could easily fly under the radar in the immense Android catalog. It’s understandable that this happens, considering that with all the different and attractive options, we tend to ignore games that don’t get as much hype. But that would be a huge mistake in this case, because Tiny Miracle is a super fun game, one of the most satisfying options you can find for mobile devices if you’re looking for 2-player games. Plus, the low-poly graphics are always a nice touch, especially when they serve as a base for duels to the death between vikings and suit and tie-clad businessmen.