Home Tops and Comparisons Opera vs Brave: which browser is best for dealing with cryptocurrencies? 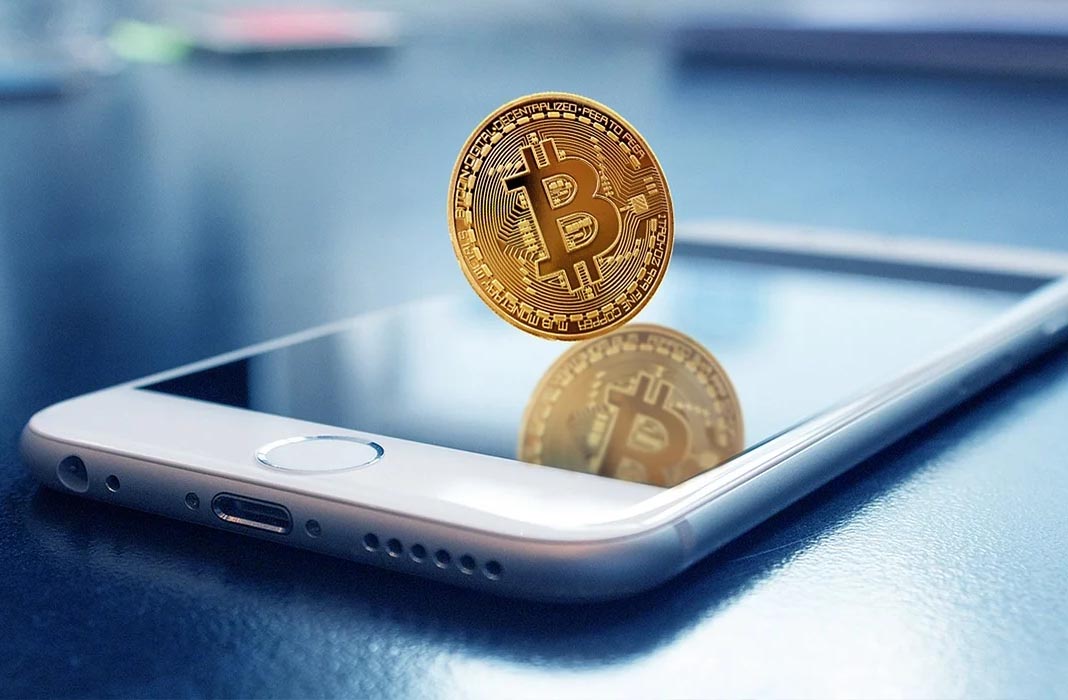 Many browsers, including the most widely used ones —such as Chrome and Edge— have privacy settings such as tracker blockers or VPNs, although most require the installation of add-ons. However, Brave and Opera not only natively integrate these options, but they were also the first browsers to implement cryptographic features.

Brave has had its own crypto wallet known as Brave Wallet since last year, but Opera has a dedicated browser known as Crypto Browser with which it hopes to take a clear lead.

In fact, just a few weeks ago, Opera announced that the browser now supports digital assets from eight different blockchain networks. This includes layer 1 assets such as Bitcoin and BNB Chain as well as layer 2 Ethereum solutions such as Polygon, Avalanche and StarkEx.

These two programs often top lists of the best alternative browsers, and while both are focused on privacy, decentralization and cryptocurrencies, they don’t offer all the same features. Let’s take a look at how they compare in this very specific aspect.

What are crypto browsers?

Generally speaking, we’re talking about a browser that supports Web 3.0 technologies such as blockchain, finance and decentralized applications, as well as smart contracts.

Until now, the world of cryptocurrencies was something reserved for only a few due to its complexity, but this type of browser bridges the gap between traditional Web 2.0 and decentralized Web 3.0, as it allows decentralized protocols to be accessible through an interface that’s familiar to the vast majority of users. And all this is done with more security and privacy than ever before, of course.

Opera Crypto Browser has a native non-custodial crypto wallet that allows you to access and manage all your funds (including making micropayments) at any time. The wallet supports ETH, ERC-20 and ERC-721 tokens, as well as numerous blockchains, including Bitcoin, Ethereum, EVM (a virtual machine that’s part of the Ethereum blockchain ecosystem) compatible chains and layer 2 solutions.

Brave Wallet also supports Ethereum Virtual Machine and Layer 2 Ethereum chains with ERC-20 tokens and ERC-721 NFT tokens. However, unlike Opera, Brave Wallet does not support blockchains that are not EVM-compatible nor does it support payments.

One point in Brave’s favor over Opera is that the Chromium-based open source browser supports a hardware wallet (physical devices that generate and store the private key outside the internet) like Ledger Nano or Trezor.

Opera’s goal is to help users get into the world of cryptocurrencies even if they don’t know much about it at all. To this end, Opera offers an intuitive interface, allowing easy web navigation with access to dApps platforms and the Metaverse. To make this possible, Opera has partnered with leading ecosystems and blockchains such as Polygon, Solana, Unstoppable Domains, Handshake and ENS. 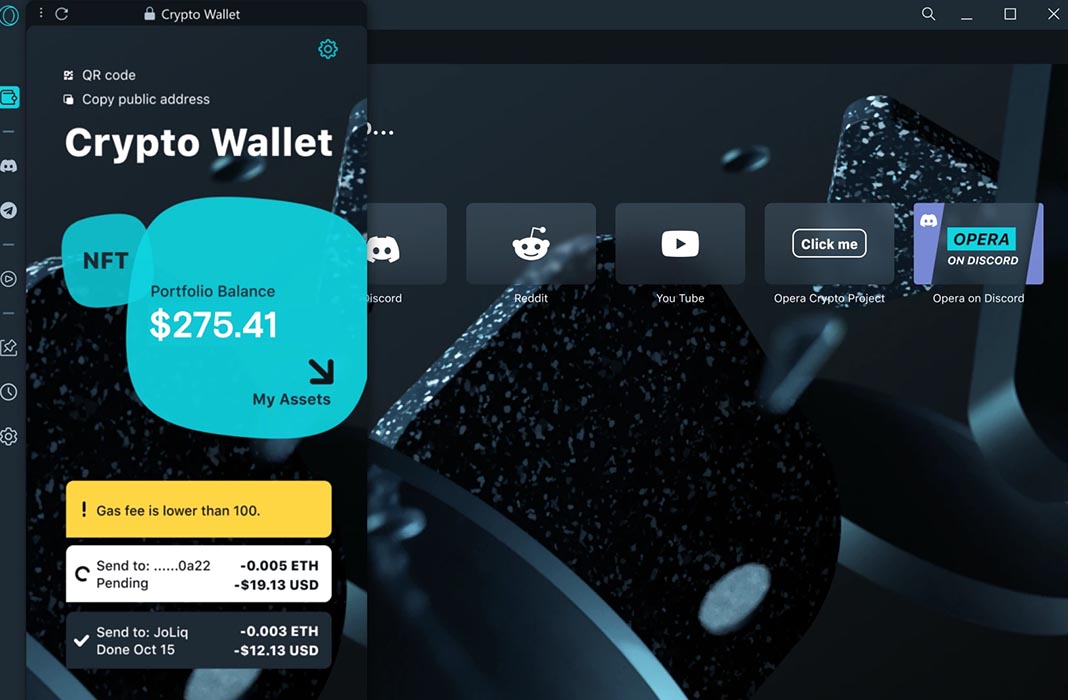 Meanwhile, Brave Wallet is a crypto wallet that’s extremely intuitive as it’s integrated into the browser, so you don’t have to install any extensions to access it. In addition, the built-in token exchange mechanism is very easy to use and you don’t have to connect to any decentralized exchange platform in order to exchange virtual currencies.

It’s also worth mentioning that Brave has a reward system based on the BAT (Basic Attention Token). Through this system, the browser delivers ads anonymously and pays the user and/or the advertiser for it. Basically, this means that all the attention you invest in the websites you visit will be rewarded through the browser’s wallet. To give you an idea, one BAT is currently equivalent to 0.6286 euros. 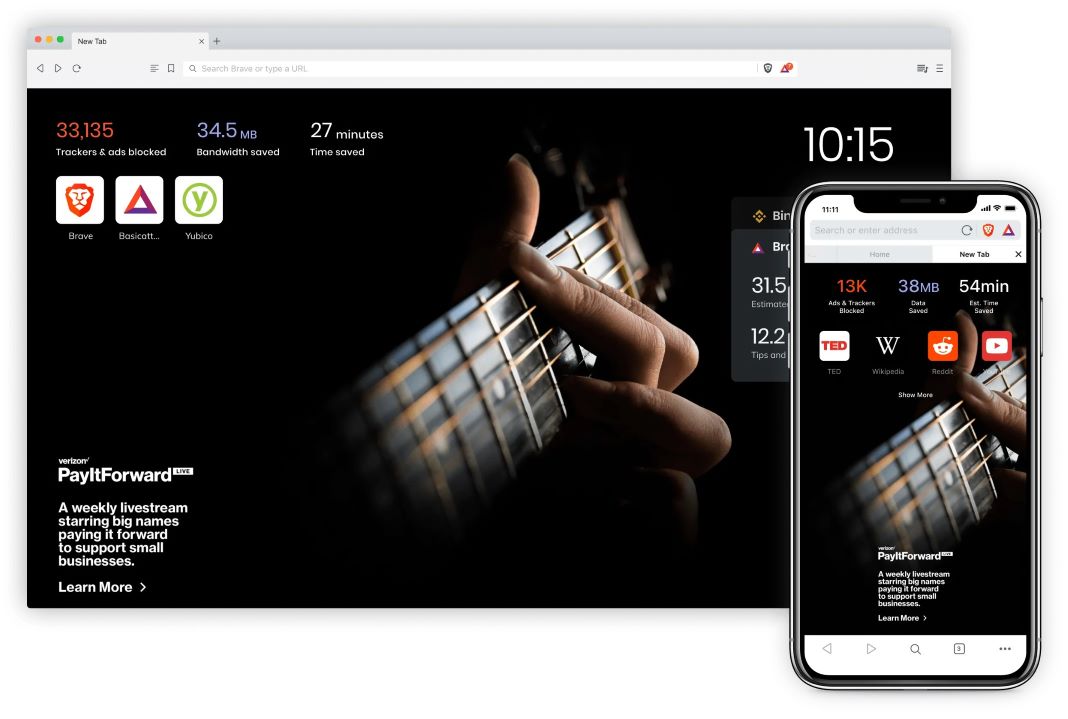 Both Opera and Brave Wallet allow assets to be exchanged on supported chains via an integrated DEX aggregator, a blockchain-based service that shows the best and most efficient price for an exchange. In the case of Opera, this aggregator also informs you about upcoming releases and features an events calendar as well as information about NFTs and cryptocurrency communities.

The stable version of Brave Wallet is limited to the desktop browser; therefore, it can only be used with Windows, Linux and Mac OS. That said, Brave has released a beta version for mobile devices. 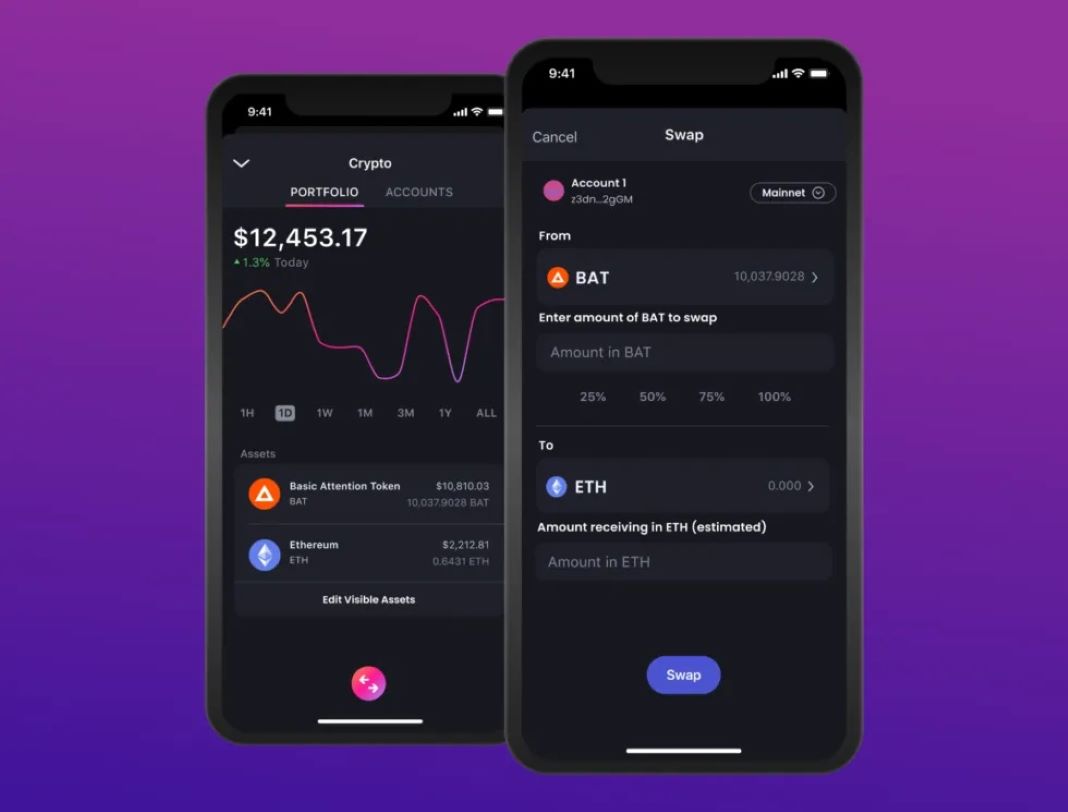 Here, Opera scores again by offering support for eight blockchain networks from its mobile browser for Android. In fact, by adding a shortcut to the phone’s home screen, the dApp can be used in full screen without the browser, as if it were just a regular app.

Security and privacy are top priorities for cryptographic browsers. Opera has a built-in VPN, as well as ad and tracker blockers.

On the other hand, Brave blocks ads and trackers by default, as well as third-party data storage and IP address collection. It also protects against browser fingerprinting, always uses a secure HTTPS connection and has built-in anti-phishing protection.

As it’s clear to see, both browsers offer similar features, but also very different ones within the cryptocurrency environment. Despite having been on the market for only a short time, Brave has focused right from the beginning on offering features centered around the use of the blockchain-based web, although Opera has picked up the pace in recent years and we’ll want to keep an eye on it, for sure.

As for Brave, its rewards system can be a good incentive to keep it in mind, but we can’t overlook its shortcomings, such as the lack of mobile support or the fact that it does not support blockchains that aren’t compatible with EVM.

On the other hand, Opera doesn’t support any hardware wallet, but allows you to buy NFT (non-fungible token) in a completely secure way through OpenSea.

We’d like to remind readers that this comparison is only intended to highlight the virtues and shortcomings of both programs. It’s always up to the users to decide which one is best for them according to their needs.