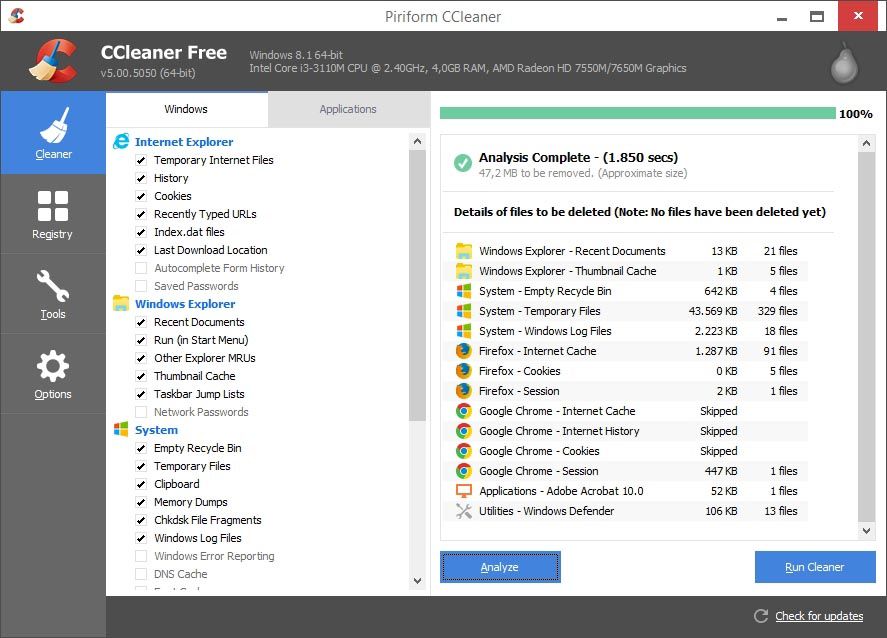 This might be among the five basic programs that you absolutely must have installed on your desktop computer. Piriform has just launched the new CCleaner 5.0, which includes, besides a complete aesthetic shakeup, several changes focused on improving its performance and compatibility with more modern versions of Windows.

There’s no need to re-explain all the program’s features with regard to cleaning up trash files, your registry, installed software, and programs that launch when you start Windows. The new interface preserves the popular layout as it was before, but gives a facelift to the menu system to make it look more like Windows 8.1 and 10. In fact, the tool has been optimized to work on 64-bit versions of the Microsoft operating system. In terms of its truly practical features, its interaction with Google Chrome has been improved, such that it automatically detects the apps and extensions installed on your browser and can remove or disable any of them from inside the app itself. The system restore feature has also been updated so you can clearly see the system save points alongside the action or change made. In general, you can see greater system stability overall when it comes to running fluidly even while doing cleanup tasks. Overall, the aesthetic changes have given a second life to many of the program’s features, and utilities like the duplicate file search tool and the wizard for formatting disk units now have greater importance than before due to their greater visibility in the menu. Everything is more intelligible and intuitive. For instance, when you do a scan with the cleaner, a small icon alongside the details of each deleted file will clearly specify the area that the deleted item belongs to. You can’t judge a book by its cover, but sometimes a good cover can still spruce up what you find inside.