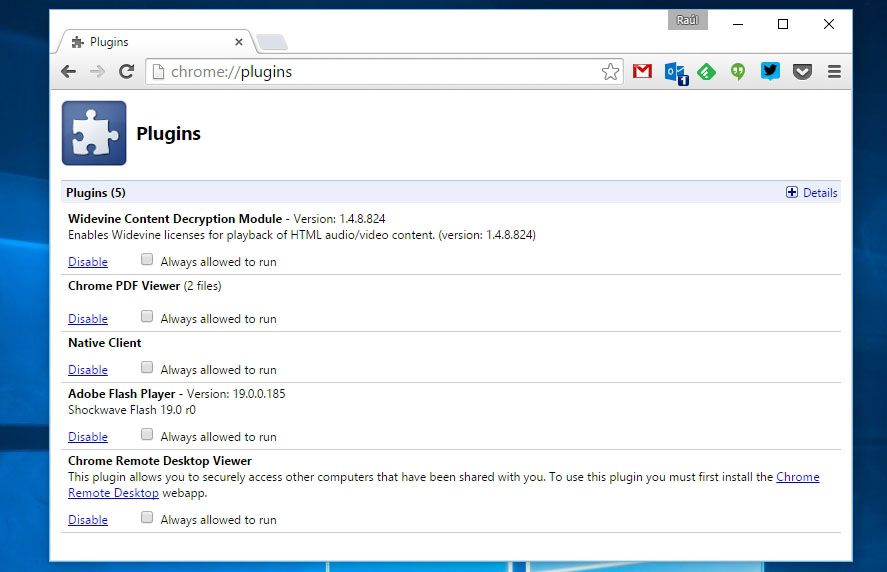 It’s like getting your driver’s license or going to get your teeth cleaned: sooner or later you’re going to have to do it. There’s not a week that passes without the discovery of a new vulnerability in Adobe Flash, which has in turn prompted the spread of HTML around the Internet. Flash has even been nixxed by software giants like Mozilla Firefox. These days Flash is now completely dispensable, which is why we’re offering a little guidance here on how to completely uninstall it from your computer without leaving a trace.

The first thing to keep in mind is that installing Flash on your browser is independent of the Flash Player on your operating system, and they both have their own uninstall tools. In the case of Chrome you can disable it so that by default it’s not used to load pages. To do so you should type chrome://plugins into the URL bar. Then click the Disable option beneath the Adobe Flash Player header. For Firefox (in case you’ve inherited Flash from a previous version before it was removed by default), it’s not necessary to do this and you can remove it right from the Windows uninstall wizard or with any analagous software like the indispensable CCleaner. In either case, you’ll find three different elements listed depending on your installed browsers: Besides all that, from Windows 8 the operating system includes an integrated plugin that goes into operation when you use Internet Explorer (but why the heck would you do that?). To disable it you should open your browser, click the gear menu at the top right, and find the Manage add-ons option. On the left menu you’ll select the option to show all so you can see Shockwave Flash Object. Tick the Disable button and you’re done. If all that seems too complicated, Adobe also offers an auto-uninstall wizard on its official webpage (you can download it here) that detects your installed browsers and removes all traces of Flash, although it doesn’t work for the Microsoft browsers (Explorer and Edge). Before running the uninstall you have to close all your browsers. It will also suggest you delete the folders manually to avoid any debris sticking around. You can find those folders at:

Mac OS X users can also turn to the uninstall wizard here, while for Linux distributions installed from repositories, you can go right to your console and remove it with the commands: