The release of a new base building strategy game always comes with its appropriate comparison to Clash of Clans. It’s to be expected, considering the formula of the Supercell title has been copied time and time again. At first glance, Mad Rocket: Fog of War may just look like yet another clone, but in this case, looks are definitely deceiving. The game has enough personality to actually break new ground in a genre that seemed to have already given us all it had. And we’re ready for it. 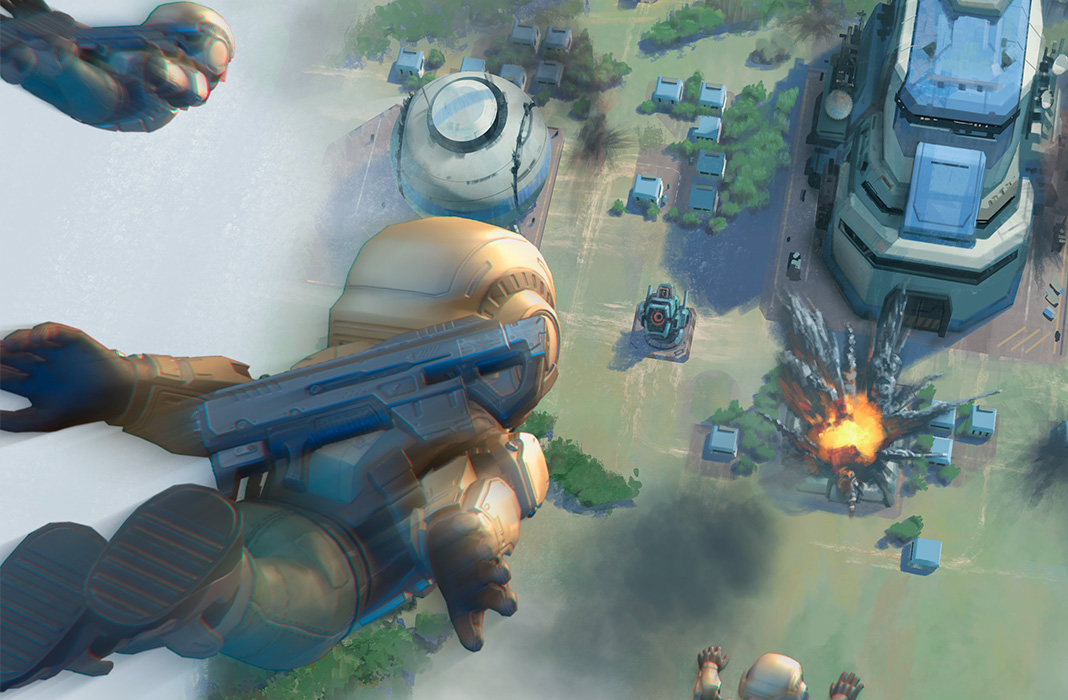 Ratatat Studios and Four Thirty Three immerse you in a semi-futuristic world where war is a part of life. You have a base to defend and you have numerous buildings and defenses to help you do so. Luckily, the similarities with Clash of Clans stop with the concept of the base itself, offering a pretty interesting construction idea: the wall comes by default, but you can make it whatever shape you want. That is, as long as you have enough money to pay for the alterations. 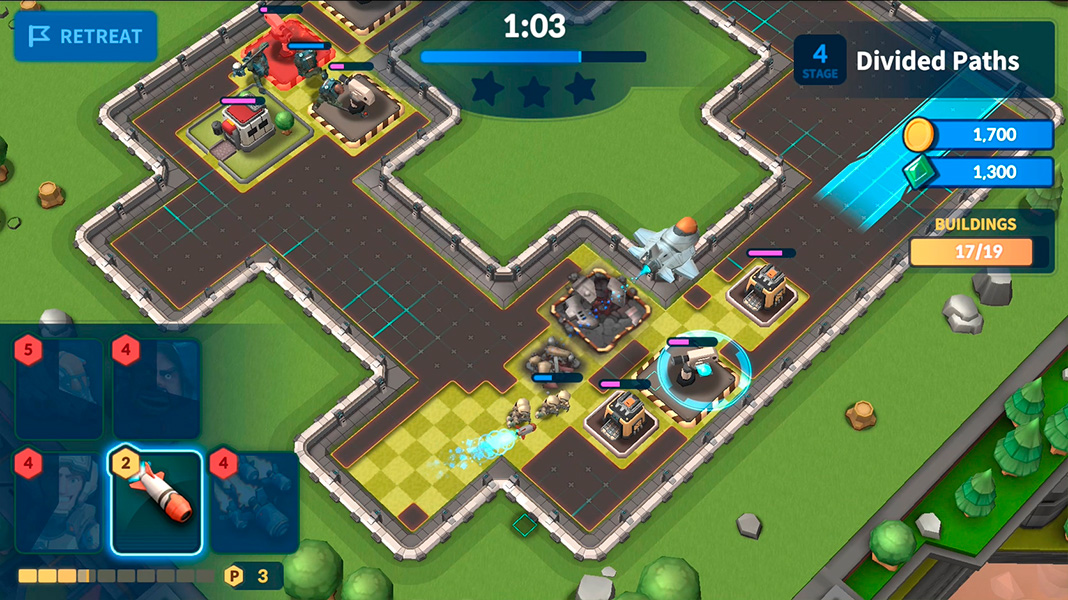 The construction of the base is half the game, while the other half is all about the attack. Here you see one of the main traits of of Mad Rocket: there’s battle fog covering the enemy bases. This makes deploying units different from what we’re used to, since you have to try to figure out where you want your attacks to land exactly.

The battle fog isn’t the only thing that sets this game apart from other games of the genre: the deployment of units is closer to PVP titles like Clash Royale and similar games. Finally, we have a game where you don’t have to worry about generating units on your base. Say goodbye to tiresome wait times (we understand if you need a minute to wipe the tears of joy from your eyes). Instead of deploying all willy-nilly, you just have to wait some time before you can repeat the action. 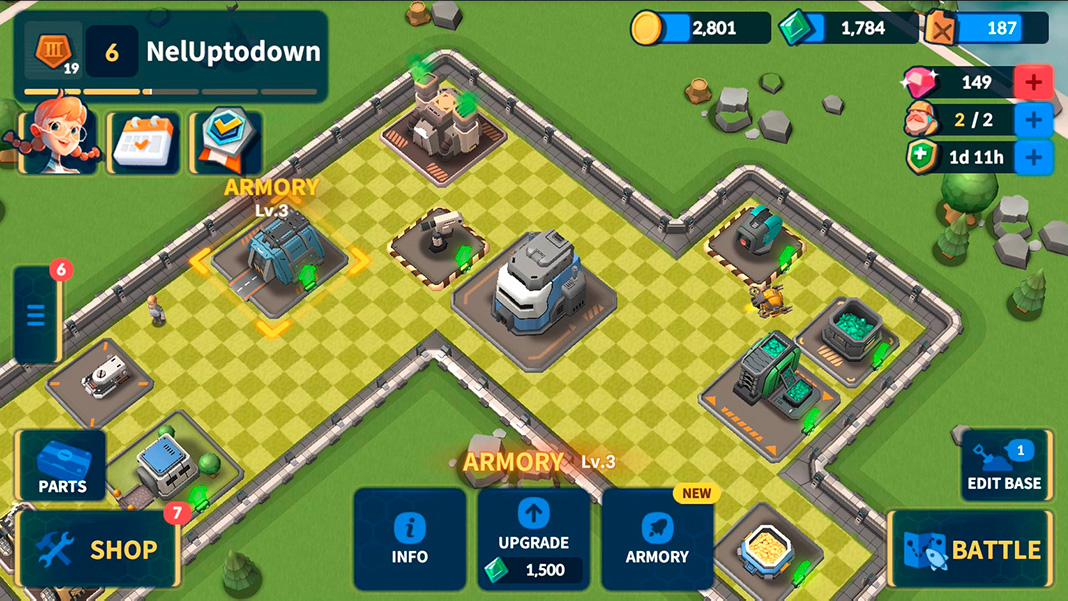 Another unique thing about the units in Mad Rocket is that you have an army on land, air, and missiles. Each one of these units has a different loading time, so you’re going to be able to launch missiles to the max. Plus, it’s a good strategy to discover the layout of your rival quicker. Let’s not forget that you only have a minute and a half to attack the enemy base. 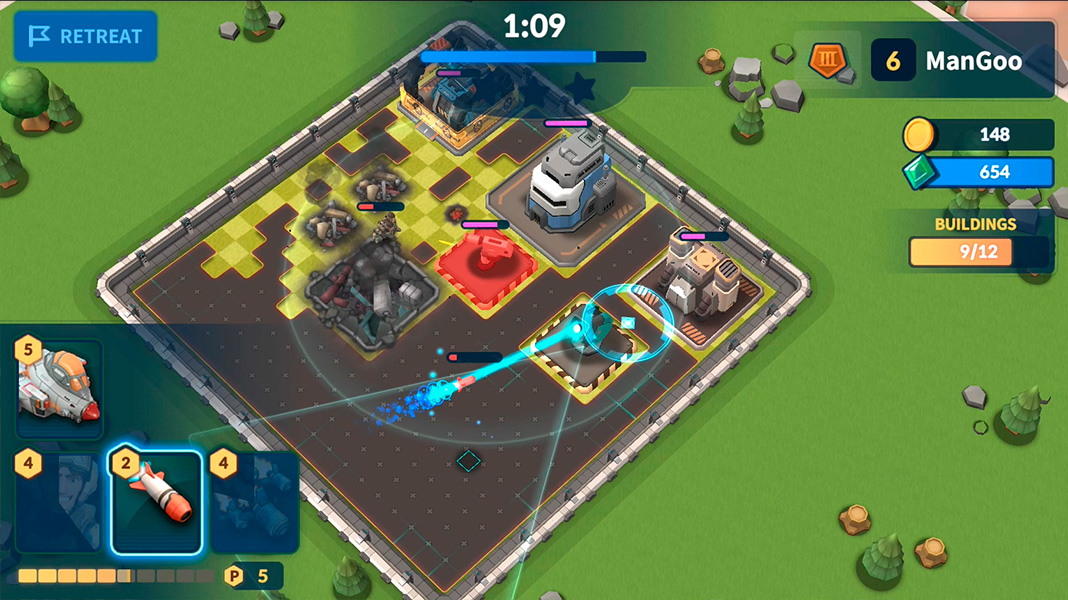 The release of Mad Rocket is great news for a genre dominated by the gameplays imposed by Clash of Clans and Boom Beach. It provides enough new ideas to be fresh and also lets you enjoy both campaign mode as well as attacking the bases of other players from around the world. You’ll have a great time in these attacks as well building a impenetrable base.