February 26th, 2016 was the fateful day when a mobile game was released that went on to become a smash hit in a relatively short period. It was of course Lords Mobile, a multiplayer strategy game with more than 90 million players worldwide. It’s an incredible success story that’s still going – the game continues to release updates with fresh content for current players and new players alike.

Manage your kingdom and fight on different fronts in Lords Mobile

Loading into Lords Mobile for the first time can feel somehow familiar. There are tons of titles on Android that draw from the same well, and the massively multiplayer online strategy genre has fallen into a certain style of gameplay that it doesn’t seem to want to break out of. You know the drill: manage your base with wait times between the construction of buildings, PvP and PvE combat on a separate map, and a guild system for friendly chats with other players. Thankfully, Lords Mobile has managed to find a niche in the genre with its fantastic graphics and multiple game modes that you discover little by little. It’s like peeling back the layers of an onion.

The first few moments of Lords Mobile have one small problem: an extensive tutorial. Obviously players need some kind of explanation of the different options available in any given video game, and even more so when that game is as complete as Lords Mobile. But it’s worth noting that the tutorial is too long. Each person is different, but you definitely shouldn’t give up on the game if the tutorial starts to get to you: IGG’s incredible title has lots of options once you get over this first hurdle.

Listing all of the gameplay possibilities in Lords Mobile is no easy task, as the game has tons of things to discover. The game divides roughly into several major types of gameplay: the construction and management of your base, real time PvP defenses and attacks using your troops, PvE combat against monsters on the map, and hero missions that are similar to what you would find in any RPG. There are many crazy genre mash up games, but Lords Mobile brings together all of these elements in such a way so that you need to spend time playing each of them if you want to advance in the game.

None of these areas are particularly innovative if you consider them separately, but the truly outstanding part of the game is the synergy between each of its parts. Hero mode is fun enough to spend hours and hours playing, but it takes on a whole new dimension when you start to see the fruits of all this labor spill over into the other parts of the game. Also, the game’s graphics haven’t been mentioned yet, but it’s a real joy to watch your army charge into battle against an enemy’s. 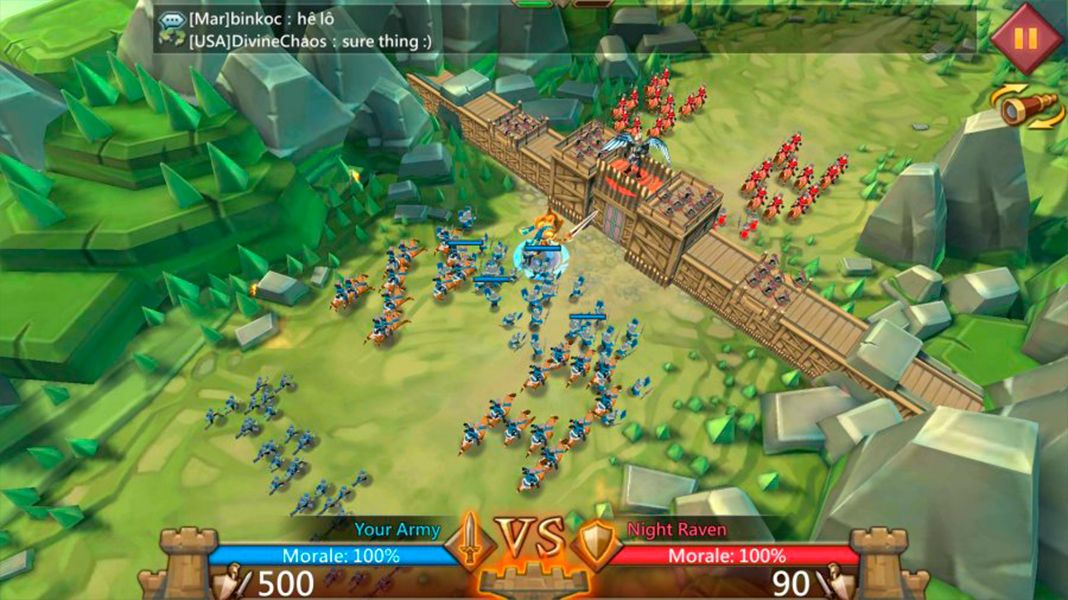 A chronicle of success from day one

In order to understand the incredible success of Lords Mobile you have to first look to the past. IGG Inc has been developing and distributing PC and browser MMOs since 2006, so it has some experience with the genre. A quick look at their portfolio shows that they’ve release games of all shapes and sizes, but since they began releasing games on mobile devices they haven’t looked back.

Before launching Lords Mobile they released the noteworthy Castle Crash, which is their biggest release prior to the one to which this article is dedicated. It’s a great game that takes gameplay elements from Clash of Clans, but adding new features to stand out from the many clones of Supercell’s first big hit. The game came out in 2013 and quickly became one of the most popular strategy games on Android and iOS that turned into the hen that laid golden eggs, representing 65% of their sales in 2014. But that doesn’t discount the company’s other big titles like Clash of Lords and Clash of Lords 2 that brought them further success on mobile devices.

Without a doubt, IGG’s best title is Lords Mobile. For starters, check out these numbers: it’s one of the most popular games in its category, maintaining a top 5 position in 21 countries since its release. In just its first year on the market it generated 39% of the company’s revenue, making it more than worthy of recognition in a market as competitive as mobile gaming. 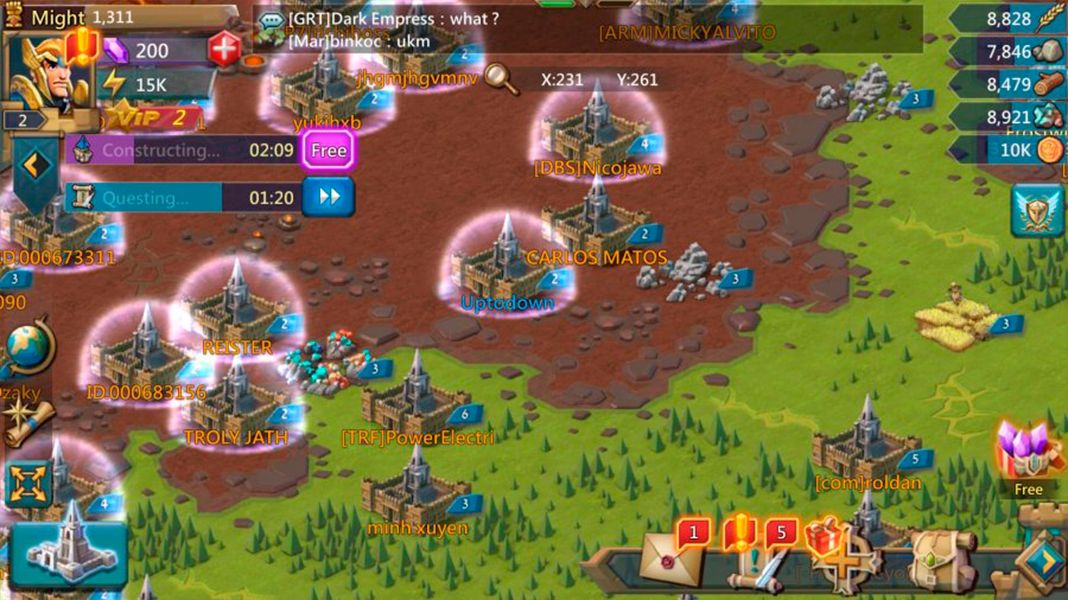 To what does Lords Mobile owe its success? You could say that it comes from the game’s accessible gameplay, or go in another direction and credit the massive marketing campaign it has undertaken. But we sincerely believe that it comes down to the pure freshness exuded by IGG’s title. The game hasn’t just stayed in its comfort zone and new changes and improvements have been introduced constantly over its lifetime.

Lords Mobile already has enough depth to stick around for a long time, but its fame and several awards haven’t been enough for it to rest on its laurels. New game modes have been added to the game, such as events that invoke a whole community to reach a goal that add even more freshness. Recently they’ve launched the biggest update in the game’s short history, the Familiar Update, that adds new buildings and game mechanics that involve training beasts that you have hunted in the game. It’s a great example of a game constantly searching for fresh material since its launch, as confirmed by Kevin Xu, COO of IGG, who stated that the company prefers attracting new players to maintaining a huge player base that decreases in size month after month.

The second anniversary of Lords Mobile is just around the corner, and there is no end in sight for the popular smartphone and tablet game. The game is by no means lacking in content, and hopefully the best is yet to come. It’s enough to keep fans of MMORTS games busy for quite some time. 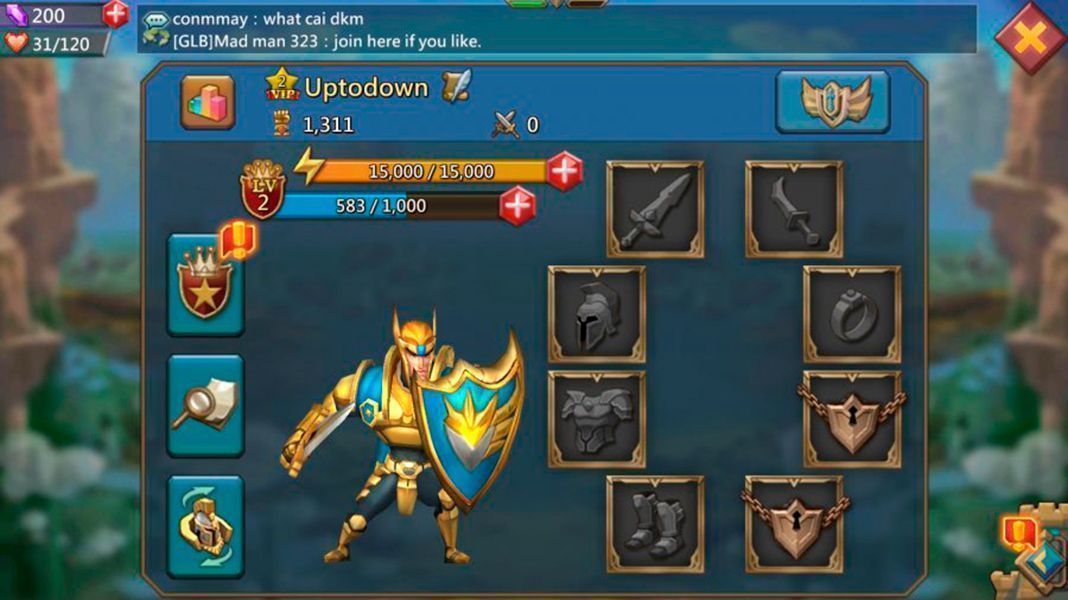