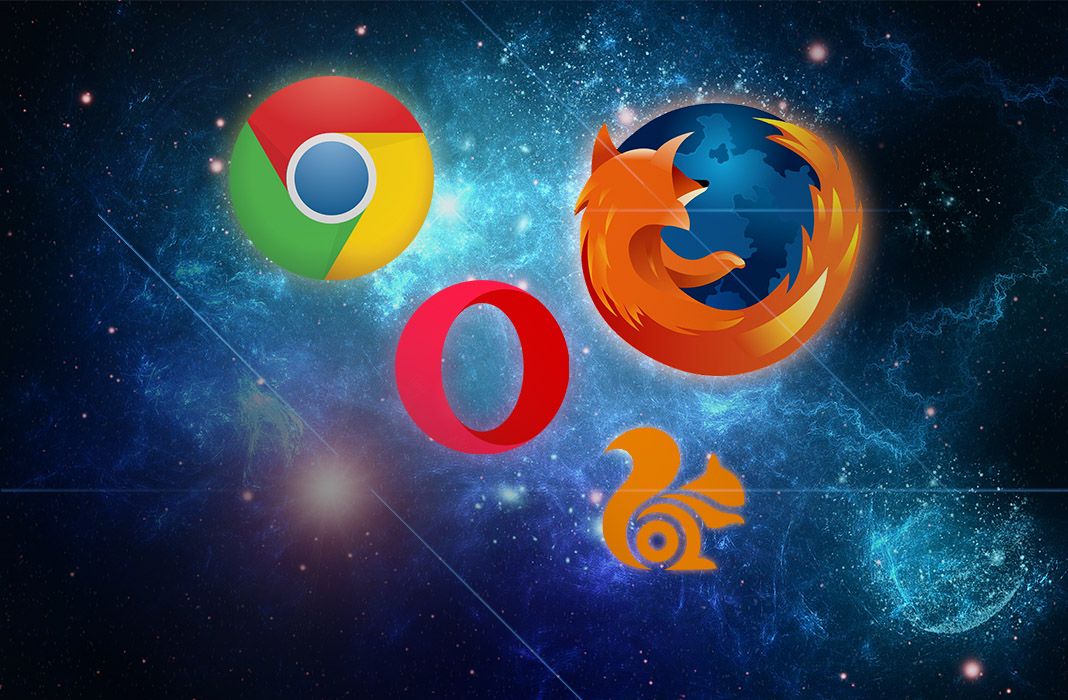 Every six months we do a comparison of the most recent versions of the most popular browsers for Android. This time our selection includes Google Chrome, Mozilla Firefox in both its stable and beta versions, UC Browser, and Opera. Without it serving as a precedent, we’ve opted to include the latest beta for the Mozilla browser because, as we saw a few days ago, the revolution of the new web engine that they’ve implemented makes an enormous difference compared to its predecessor.

This time, we’ve run our tests on a Huawei P10 with Android 7.0 and EMUI 5.1, and the versions for each browser are Google Chrome 61.0.3163.98, Firefox 55.0.2, Firefox Beta 57.0, Opera 43.0.2246.121183, and UC Browser 11.4.6.1017. The factors to keep in mind are: memory space occupied by the app after its installation, the opening time after successive iterations, RAM use while running, performance based on various benchmarks, and a subjective but equally important factor: usability. The intrinsic capabilities of each one fall outside the scope of this comparison, as they can be easily checked on the respective developers’ websites. 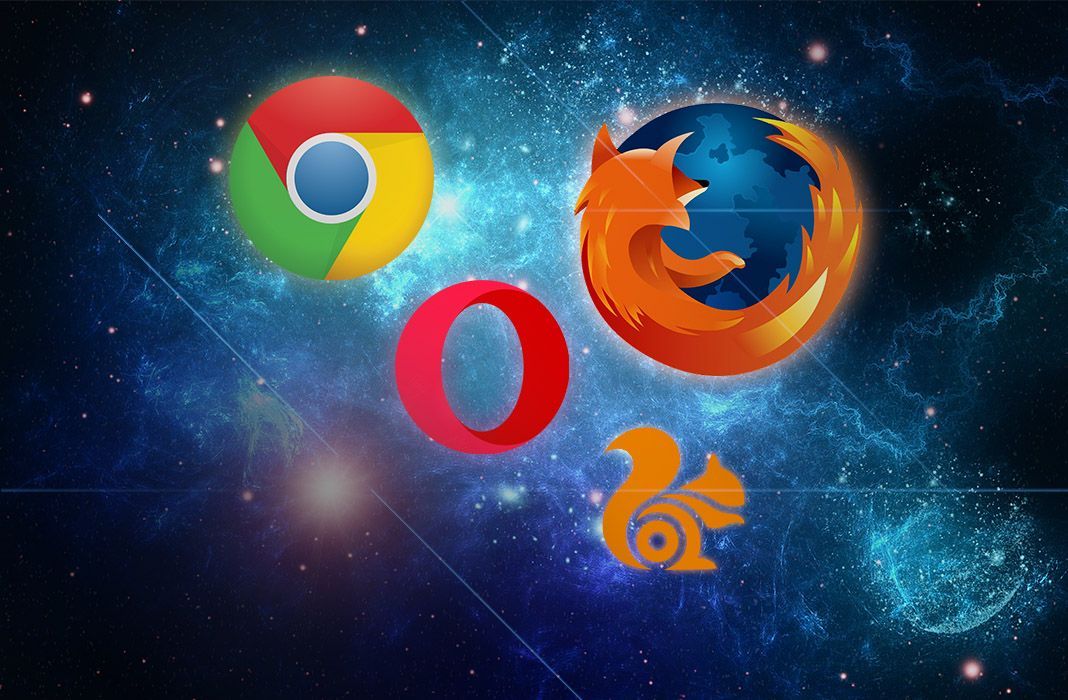 Although the amount of storage available on midrange Android devices is continually on the rise, it remains an important consideration for users of low-end models. This section of our comparison looks at the size of the APK prior to installation, how much memory is used after installing it, and the amount of extra data stored after doing exactly the same tests on all of them after a clean installation.

Winner: The stable Firefox client takes the cake in terms of data burden under equal conditions, while Opera continues to employ its efficient system to avoid excessive data accumulation during use. On the other hand, Chrome appears to have inflated the size of its installed app even more than before, although given its integration with the Android system we can’t make any final judgments without monitoring each associated element more closely.

Another important factor is how long the apps take to open from a cold startup. To compare this factor we again turn to the free Android app DiscoMark, which lets you calculate the average time an app takes to open in a specific number of iterations that you set manually. In our tests we’ve done 25 opening cycles for each of them after a complete system restart. The results are as follows:

Winner: As we’re using a high-end device, the opening times are considerably reduced and are practically the same across the board, so we won’t stretch to make any generalizations beyond the fact that UC Browser trails the others by a few seconds. Purely out of curiosity we’ve done this analysis on a totally outdated device (Nexus 7 2013) and the results were practically the same as they were six months ago: Chrome (0.451s), Opera Browser (0.515s), Mozilla Firefox (0.320s), Firefox Beta (0.301s), and UC Browser (0.551s). Firefox Beta showing some glimmers of promise here.

Obviously one thing is how much space is taken up by an app’s running processes and another is how much is taken up by the app after its installation. Our metrics for this section were collected from the data extracted from the Android apps manager, with all the same tabs open in each one of the browsers: one with the Uptodown homepage, another with the Wikipedia homepage, and another blank Google search page with no user logged in. To contrast these data we’ll use the useful Simple System Monitor app, which can keep a window open in real time while we open up these tabs so we can take note of the data in real time.

Winner: Each browser has its own way of managing background services. UC Browser and Opera, for instance, have an array of processes that fluctuate in terms of how much space they take up, while Firefox (yes, Firefox) unifies everything into one single process. In fact, the beta version of Firefox appears to have compressed its size and alongside Opera has become practically the most lightweight one when running.

Next we’ve taken measures on a series of performance benchmarks for different protocols and rendering systems for technologies like JavaScript and HTML5. Once again we’re going to use JetStream, Kraken, and HTML5Test to get the data for the browsers we’re testing today.

Winner: We had a hunch here and we were right: Firefox Beta takes the gold in two out of three categories, meaning its new rendering engine is in fact showing some muscle. As for the rest, nothing groundbreaking, with Chrome in the lead and UC Browser increasingly abandoned to its fate.

The last factor to be measured is subjective and based mainly on personal taste, although those sensations still do deliver an approximate idea of how smooth an interface is and how comfortable it is to handle under intensive use. 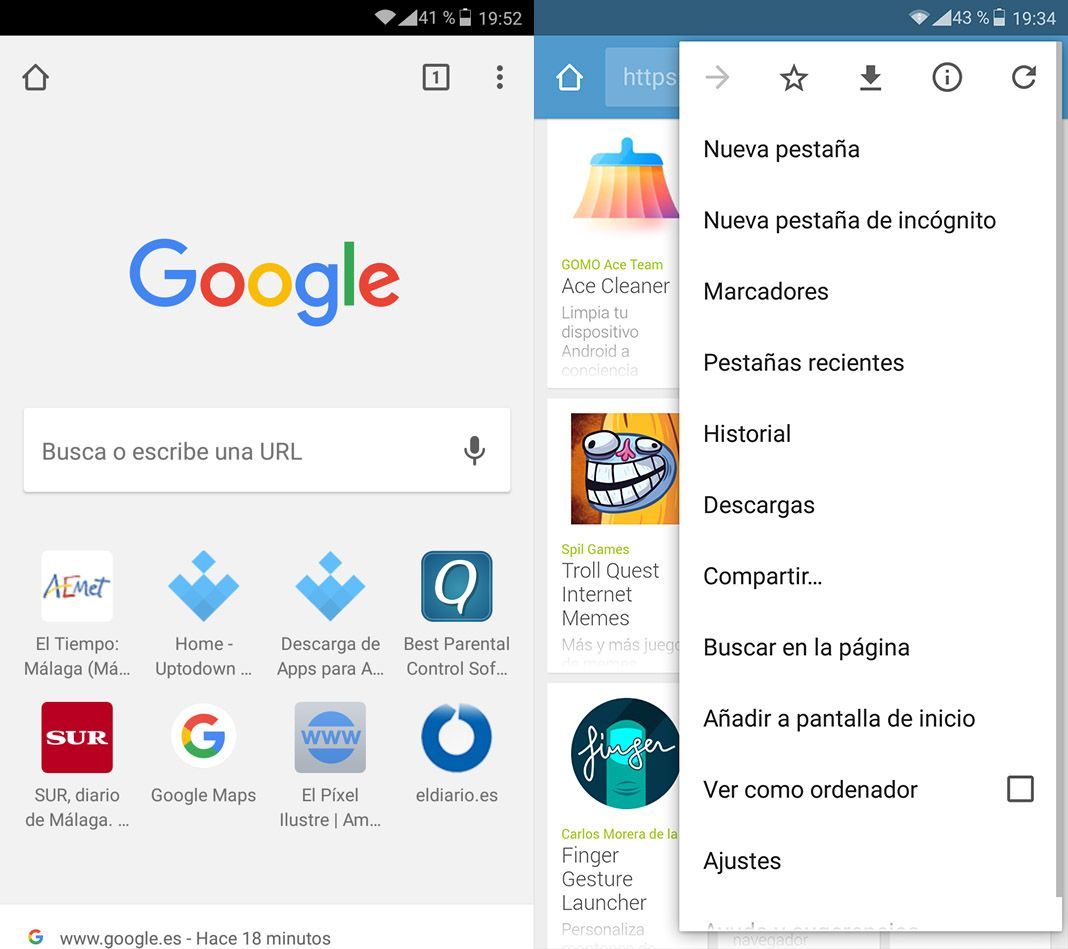 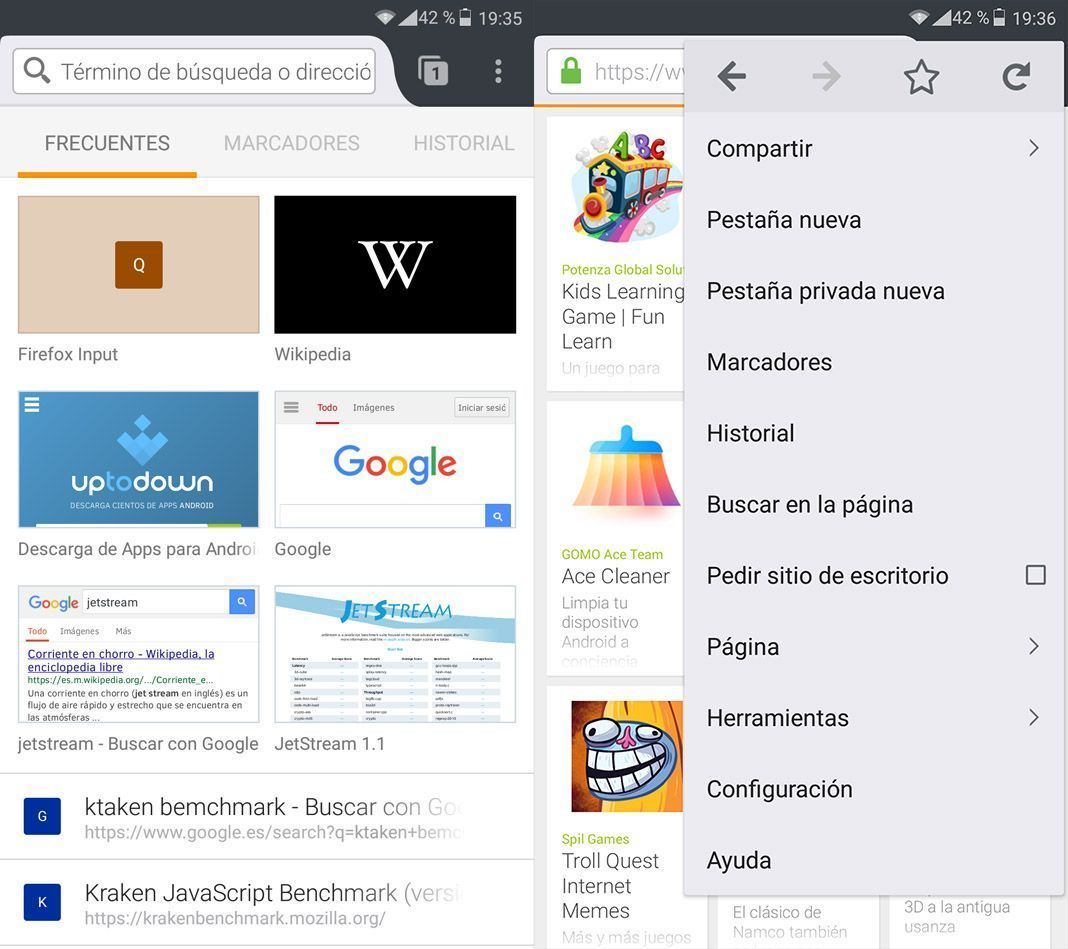 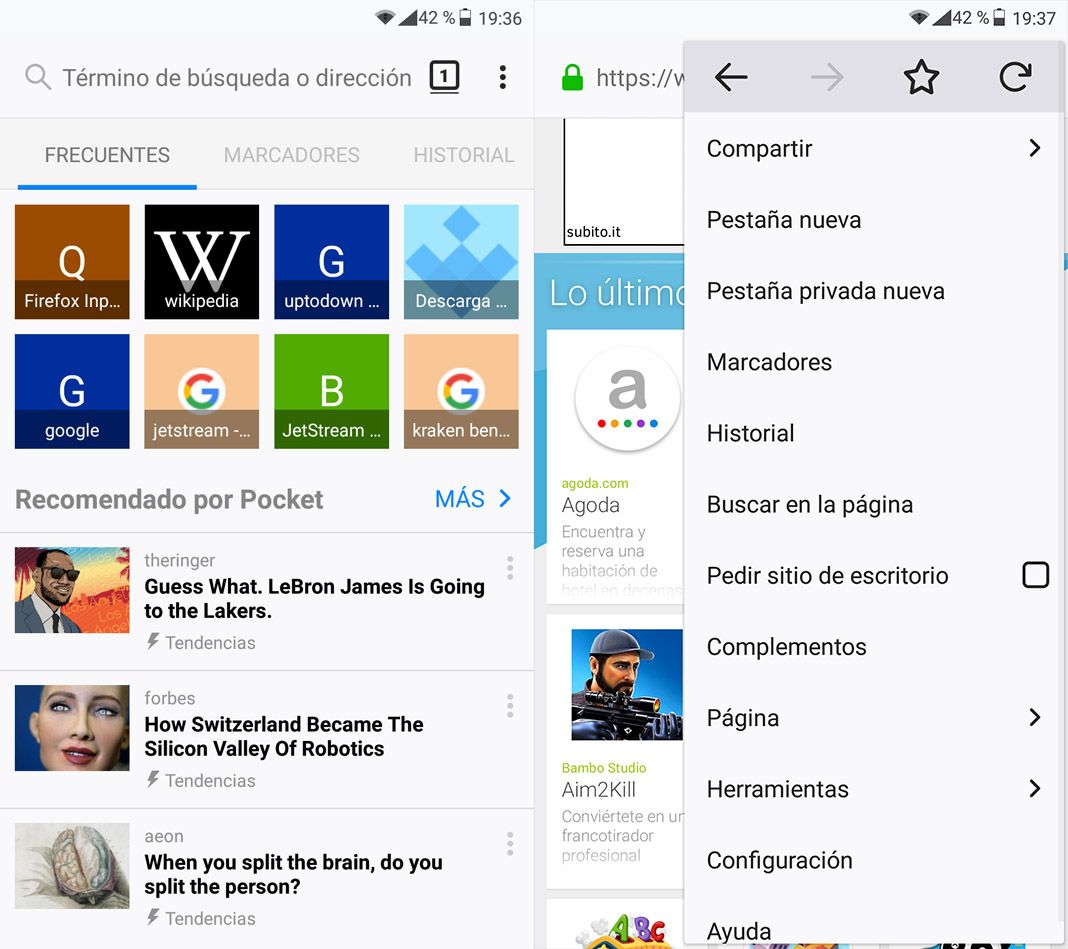 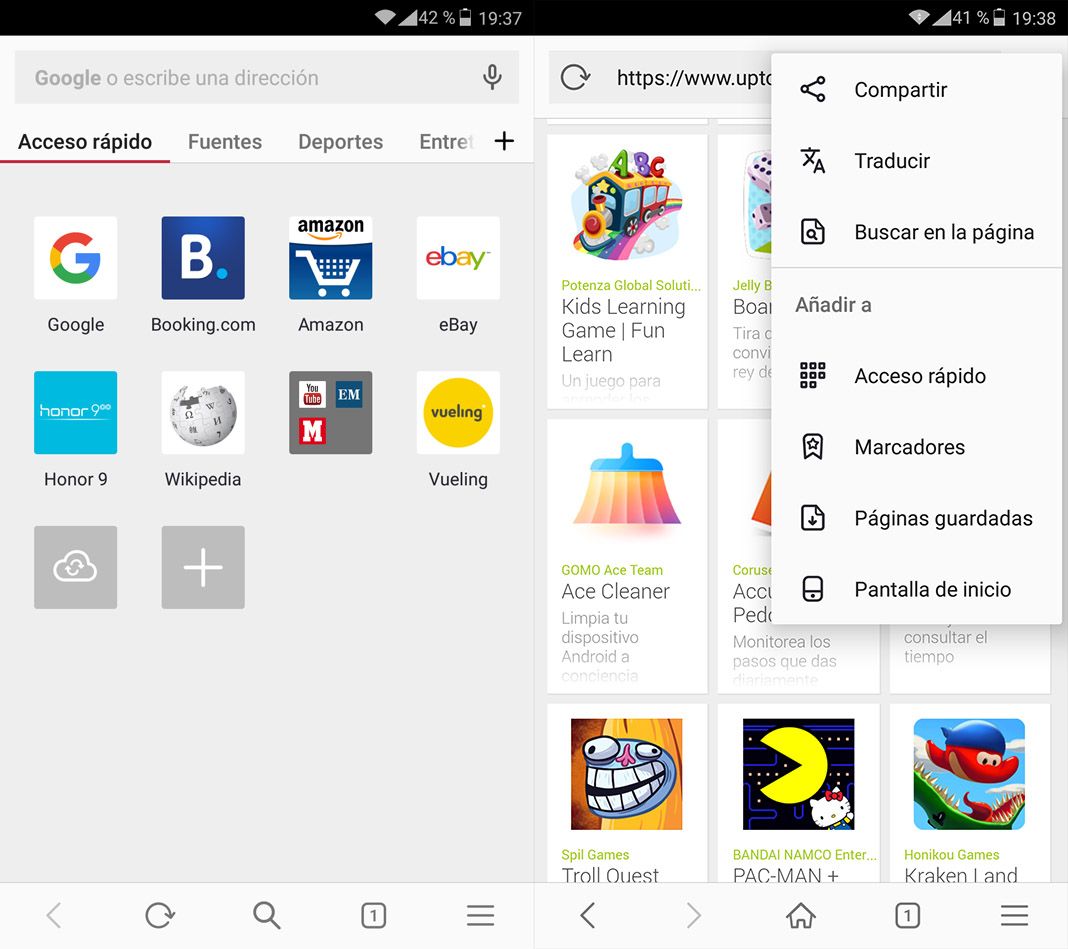 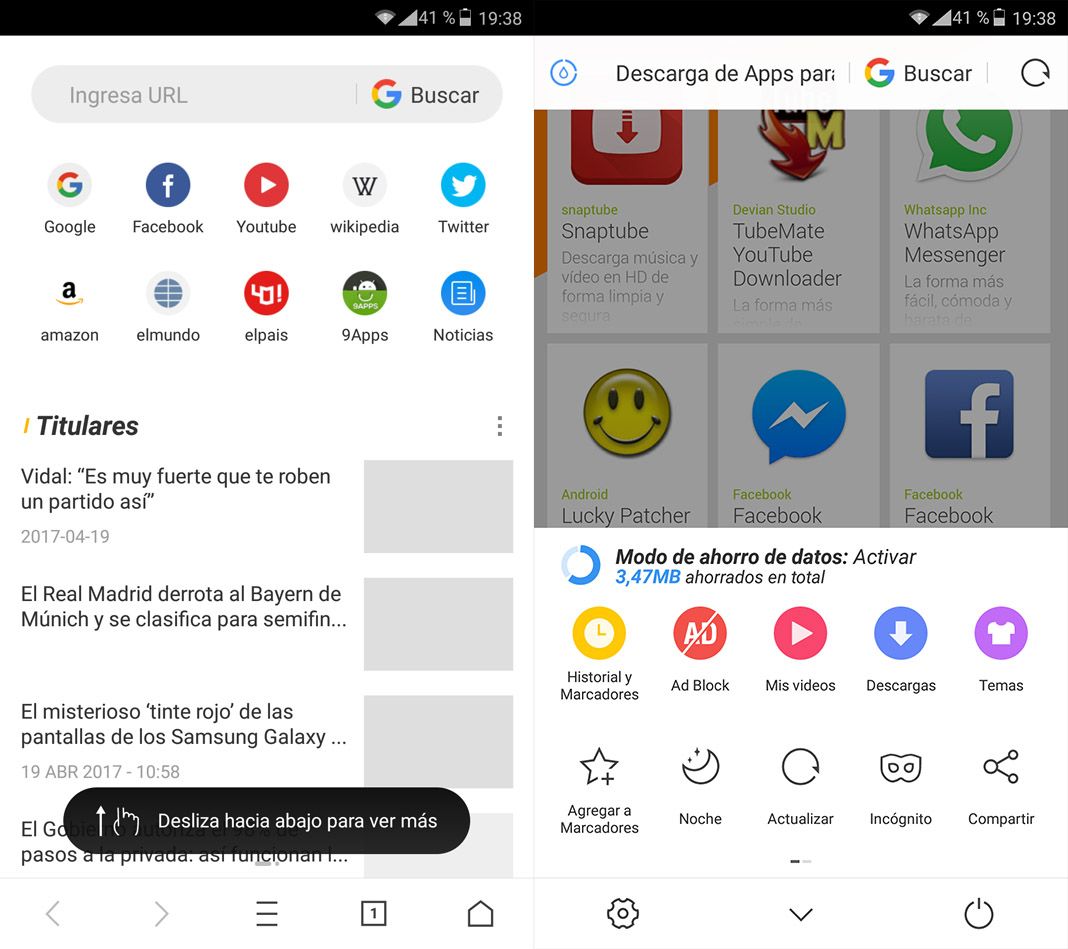 Once again we should highlight that this comparison doesn’t aim to pull out a clear winner, as each user’s own needs are what determine what’s truly useful. Still, it was highly revealing to include the Firefox 57 beta this time around, as with it Mozilla may well be able to face off against Chrome, at least in terms of functions and efficiency. Gone are the days when we’d hear tuts of “Firefox is so unreliable,” etc. The ball is now in Google’s court and they’ll need to keep intensively optimizing their browser, despite how much they’ve reduced its voracious resource consumption in recent months.