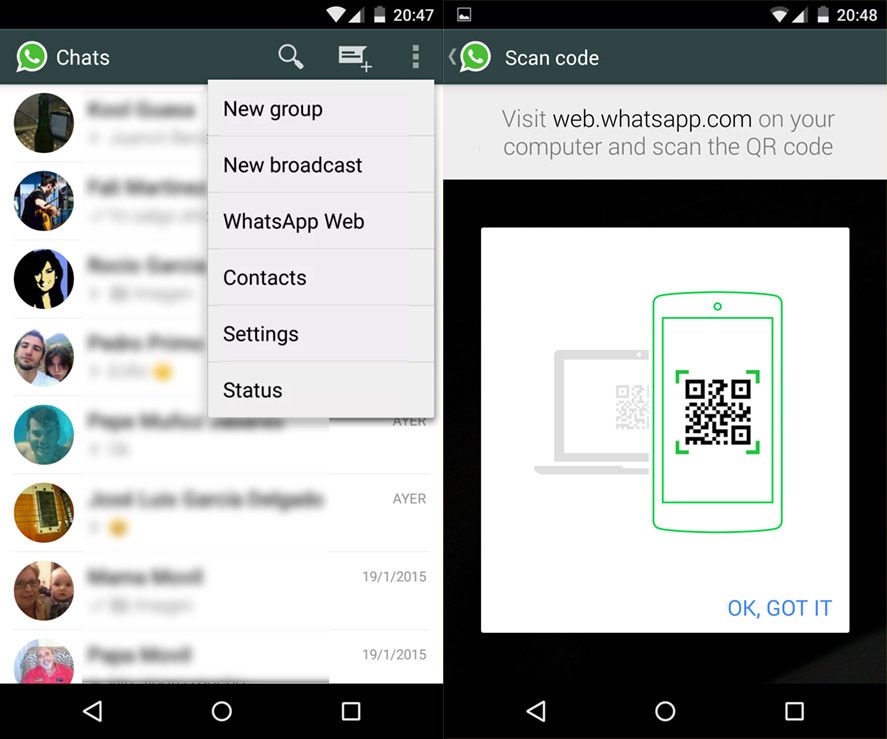 Late yesterday we saw a series of occurrences that seemed to form part of a premeditated plan by WhatsApp. After having banned users from the unofficial mod WhatsApp Plus for 24 hours, and later demanding the definitive shutdown of the same service, their next move resulted equally unexpected: they’ve now released the web version of WhatsApp, which lets you use the IM client from your desktop browser.

The only requirement to use this new version is to download and install the latest version of the client (in the case of Android, version 2.11.498). At the moment the service is compatible with Android, Windows Phone, and Blackberry, though not with iOS, owing to the well-known limits and conditions Apple imposes on the use of its hardware, which in any case is no real excuse given how many other similar apps offer the same kind of tool (Telegram, LINE, etc.). The other limitation is that for now it only works with the Google Chrome browser. Too many conditions for a product so popular and widespread. When you go into the app and drop down the upper-right options tab you’ll see a new section called WhatsApp Web. When you click it will enable the camera on your device to capture a QR code that will appear when you go to the official WhatsApp Web page. This will automatically sync all the contacts, conversations, and groups from your mobile. The way the service works is practically identical to the other clients, with some added features such as the possibility to receive desktop notifications for all received messages in the form of pop-up windows or sounds, which you can also disable indefinitely or for a particular time period.