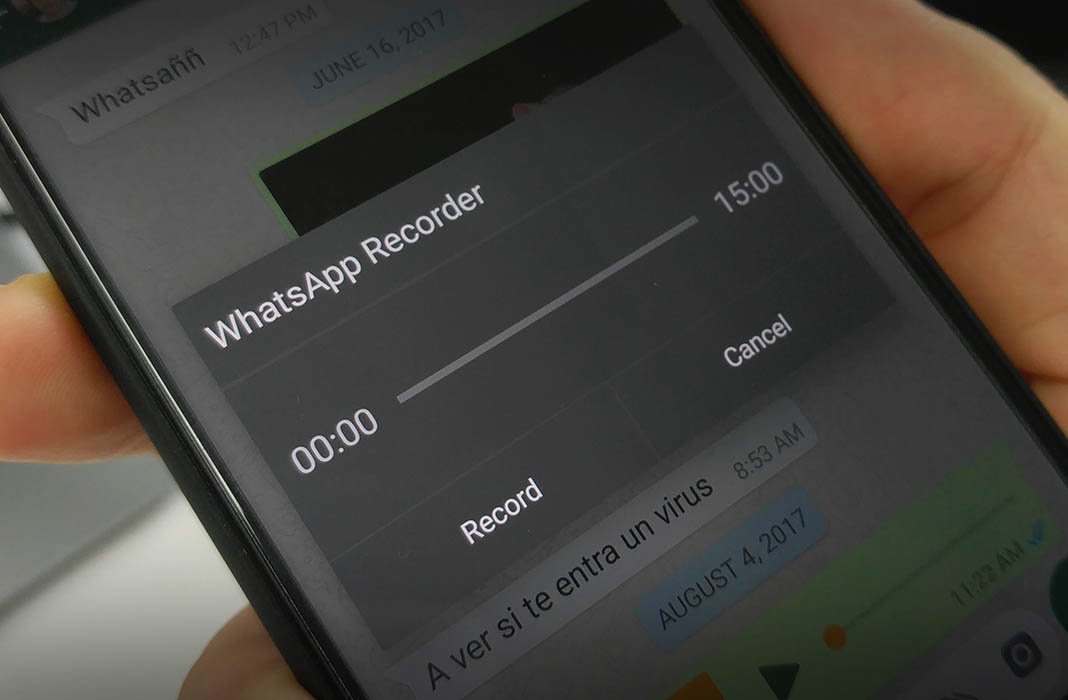 In certain social circles WhatsApp voice messages have become so much the norm that they’re starting to largely displace text. The sole inconvenience here is that you’ve got to hold down the microphone button the whole time you’re recording. Luckily the latest beta of the official Android has added an option to record long voice messages in the background so you don’t have to hold that button down– or even have the app open at all.

This new feature is available from the official WhatsApp beta of version 2.17.290, which you can get here on Uptodown in APK format. To use it, just tap the paperclip button in a chat and then pick the audio option. From there you’ll now get a new option that says “Record with WhatsApp” that will bring up a window where you can do the recording. 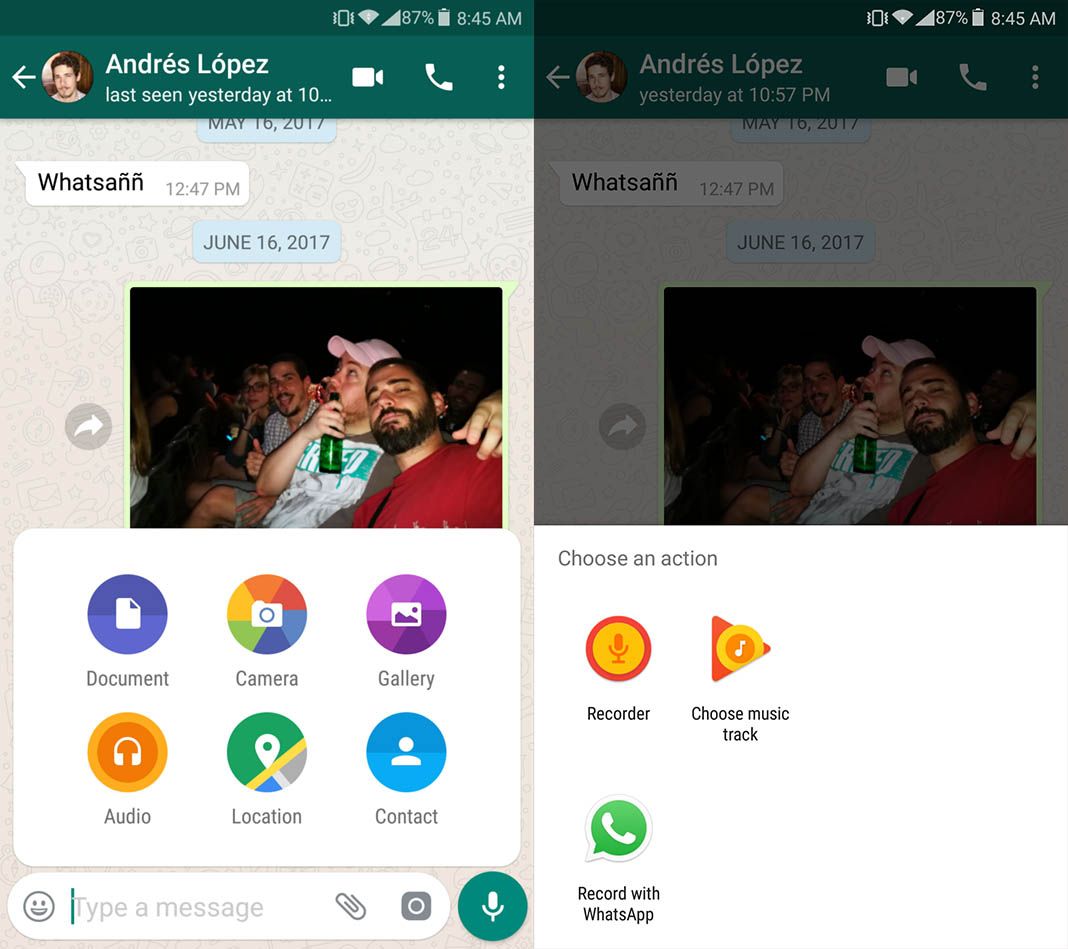 The interesting thing about this system is that once you hit Record you can minimize WhatsApp and do anything else while you’re talking. When you want to stop recording just go to the notification in your top bar and press stop. WhatsApp then reopens the chat you were in before and sends the recording. 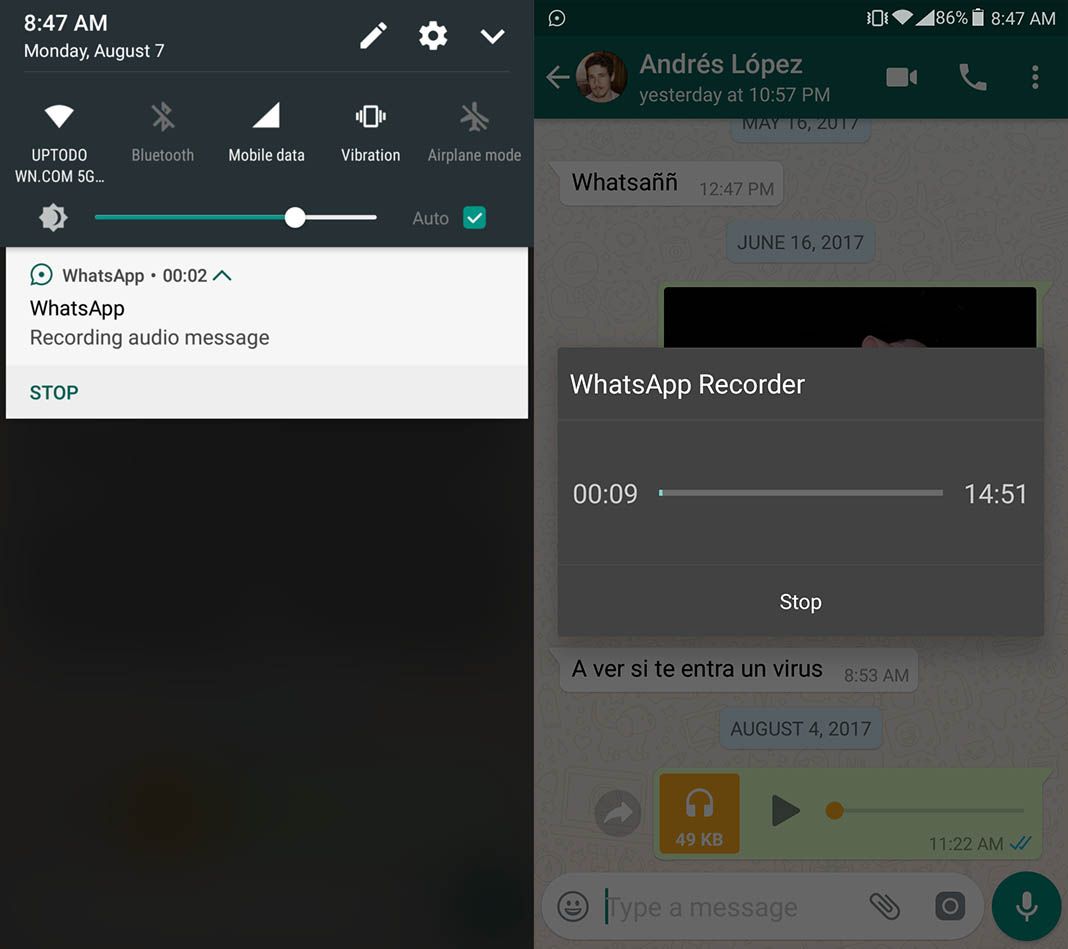