Home News and Updates What’s with the blue double check in WhatsApp? 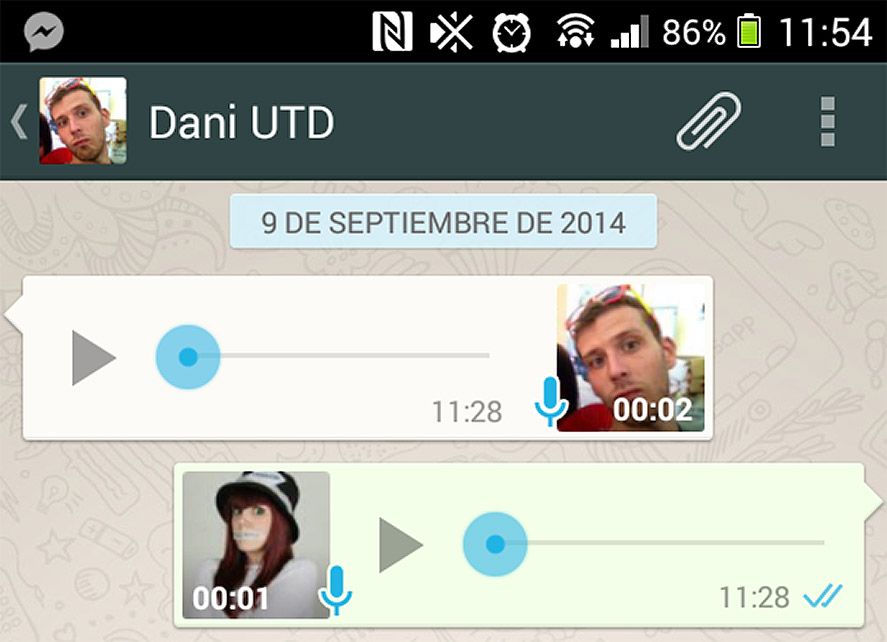 The myth of the double check in WhatsApp has messed with the heads of many users of this IM service to the point of becoming the cause of a psychological syndrome and many, many breakups. Misinterpreting this little symbol has caused more than one romantic quarrel and now it seems the company is testing a new method to avoid such confusion: the double check will appear in blue when your message has actually been read. Problem solved?

Updated (11/05/2014): The latest version of WhatsApp (2.11.43) now officially incorporates this feature, although it may not work on all smartphone models. In other words, a grey check means the message has been sent, two grey checks that it’s been delivered to the recipient, and two blue checks that it’s been read. You can also read here how to avoid these blue ticks.

Until now, the tick marks accompanying your WhatsApp messages indicated one of two things: one tick to show that the message had been sent to the recipient and two to show it had been correctly delivered, which did not imply it had been read. The myth that the double check=message read eventually became so widespread that the company had to clarify how the ticks actually work on their official Twitter account.

Some users have begun seeing a blue double check alongside the text just like—as of a while ago now—used to occur with voice notes. The change of color meant that the recording had been played and although WhatsApp spokespeople have not yet released statements to the effect, it seems they are now testing this feature in messages. Since there has not been an official statement, these are just suppositions but other users have also started seeing a double check in group chats where normally only one would appear, meaning everything indicates that WhatsApp is at minimum planning a few changes to appear in coming updates. In fact, the Italian website AndroidWorld has discovered a new file in the WhatsApp APK called “message got read receipt from target”.

While this new feature may end the confusion surrounding the original double-check syndrome, it of course won’t eliminate the problem. How many people do you know who are constantly checking a person’s last connection time or online status? Now you’ll no longer have the excuse that you haven’t read that message.