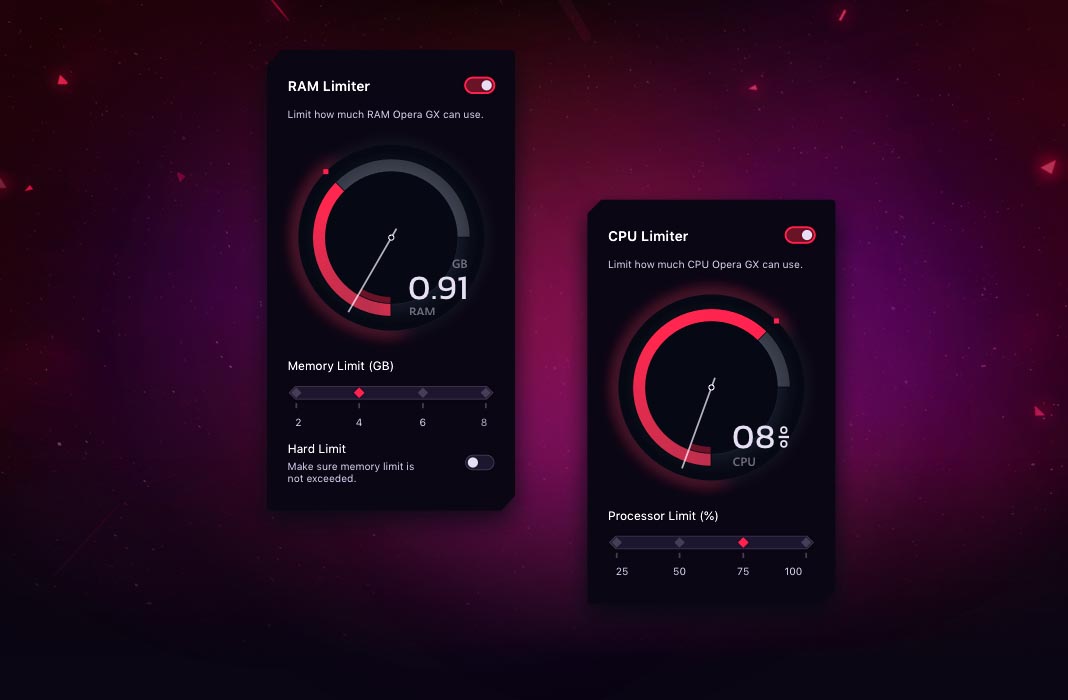 Opera’s line of products keeps growing and evolving. The recently launched Opera Touch focused on being a bridge between the desktop and mobile apps. On the other hand, Opera GX focuses its efforts on those who play PC videogames. This new browser is based on version 60 of the browser but adds features that are focused on using and distributing streaming videos, among other common practices within the gaming universe.

The announcement was made during the last E3 when the browser was introduced as a product developed specifically for the gamer community. Although it’s still in its early-access phase, anyone can download the app and use it without any type of restriction. The official launch is set to be this year but no specific dates have been announced. 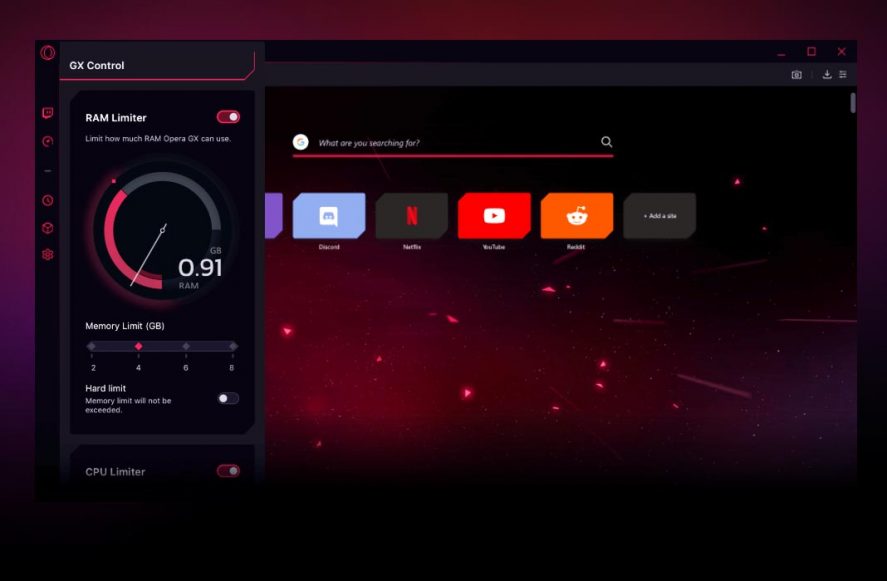 Far beyond neon aesthetics and the contrasts that are perfectly adapted to the field that it’s trying to enter, the most eye-catching features are certain modules that can be used to monitor and limit the consumption of the RAM memory and the CPU processing. Such panels can be accessed through the dropdown menu located to the left side of the interface. They’re the ideal accessory when it comes to broadcasting your own gameplays using external tools because you can make sure that the browser doesn’t eat up part of the resources that the system needs to work properly.

The fact that Opera GX focuses its attention on content streaming is striking, not just because of the previously-mentioned panels, but also because of its collaboration with Twitch through an exclusive tab. It also includes a feature that allows you to watch superimposed pop-up tabs, even if you’re not actually in the site that’s playing the video (either Twitch, YouTube, or any other similar service). 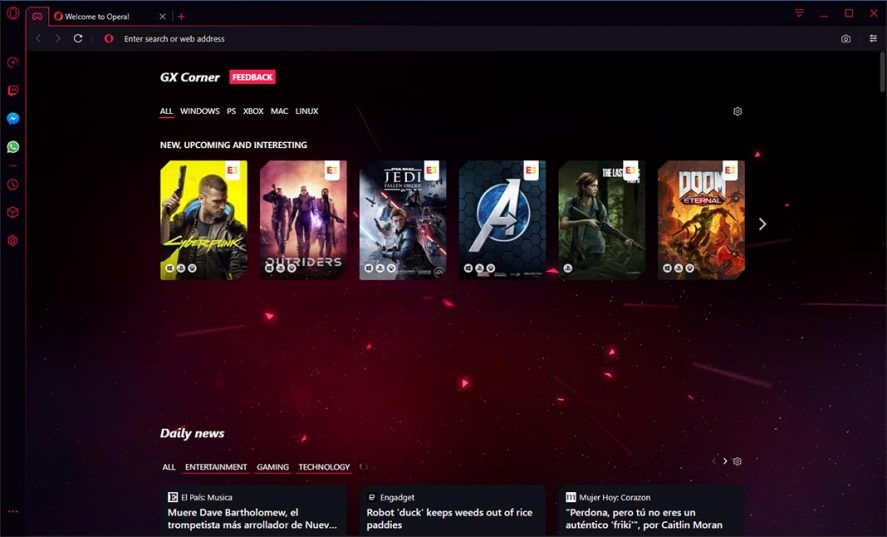 In addition, some of the key features from the standard Opera client are also included. We’re talking about an integrated ad blocker, a VPN service, pop-up tabs using the WhatsApp and Facebook Messanger web clients, its very own cryptocurrency trading app and a super complete customizable interface. As a matter of fact, you can change the menu’s colors and add all kinds of transition effects. The tuning elements of the gamer ecosystem have reached the browsers, whether we like it or not.

But there’s a cherry on top of this striking cake. Opera even included a themed news service that updates you on the upcoming releases through IGDB as well as the most relevant information by linking you to important media sites in several languages. Nevertheless, this HUB is not quite ripe yet in certain languages, which is understandable given that we’re talking about a preliminary version of the final product that won’t be available until the end of the year. We’ll keep an eye out. 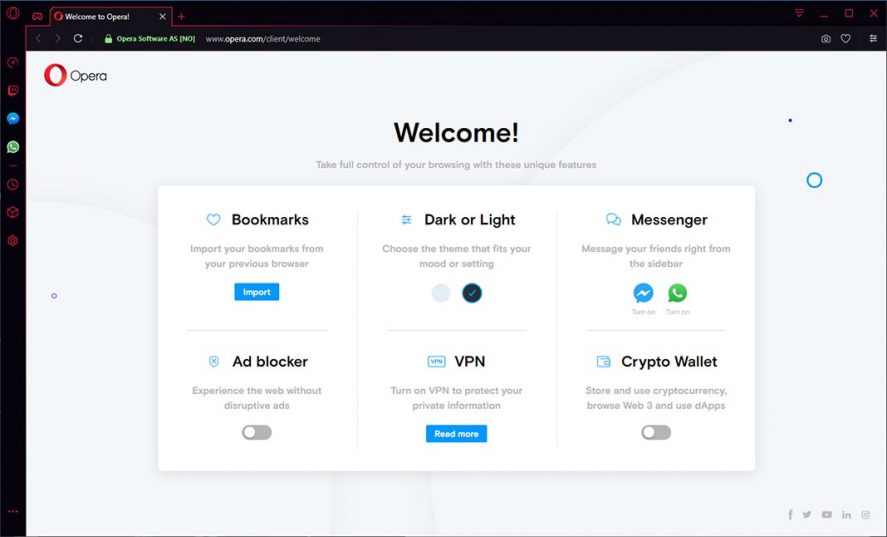 Mint is the ultralight browser from Xiaomi available for Android