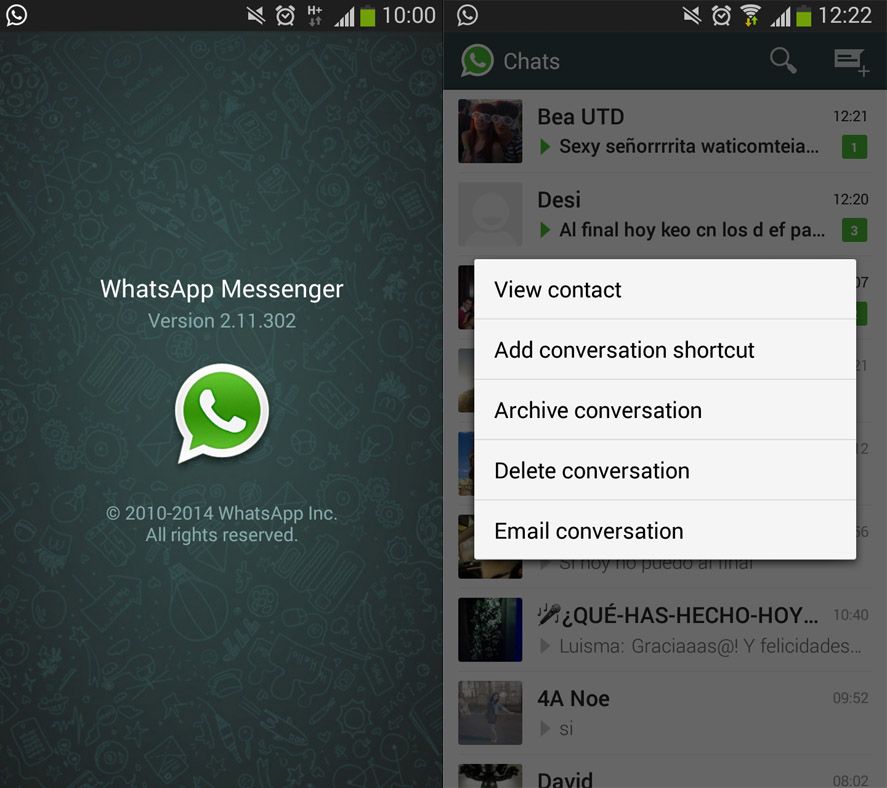 WhatsApp is constantly seeking to improve its IM service, and, among other changes, it has added a new feature that lets you archive conversations if you use an Android phone. While for some people this may not seem significant, it’s quite helpful for those users whose device gets overloaded when they have too many chats open. Now you can get rid of messages without losing them and read them later.

Imagine you’re at work and all your WhatsApp groups won’t stop pinging—quite a common experience—but you need to have your phone operational and working quickly. There are two options: leave all your group chats and miss everything being said there—and even possibly be left out for good—or archive the conversations to make your phone start working faster again.

With this update you just have to click on the conversations that you want to remove from the list and click “Archive conversation.” The chat will disappear instantly but the conversation will remain. To access it later, you can use the search tool or go into your WhatsApp contacts list. But the new features don’t stop there. This update also includes a button alongside the microphone that works as a shortcut to the camera. We’re not talking about an adaptation of the option that allows you to send photos from the phone’s native camera, but rather a new camera that belongs to the application and that opens quite quickly, with an interface that has keys to activate the flash and change the camera. The new 2.11.294 version of WhatsApp is still in beta phase, meaning you still won’t find it in the Google Play Store. But if you want to start testing it you can download the APK on Uptodown or from WhatsApp’s official webpage to install it manually.