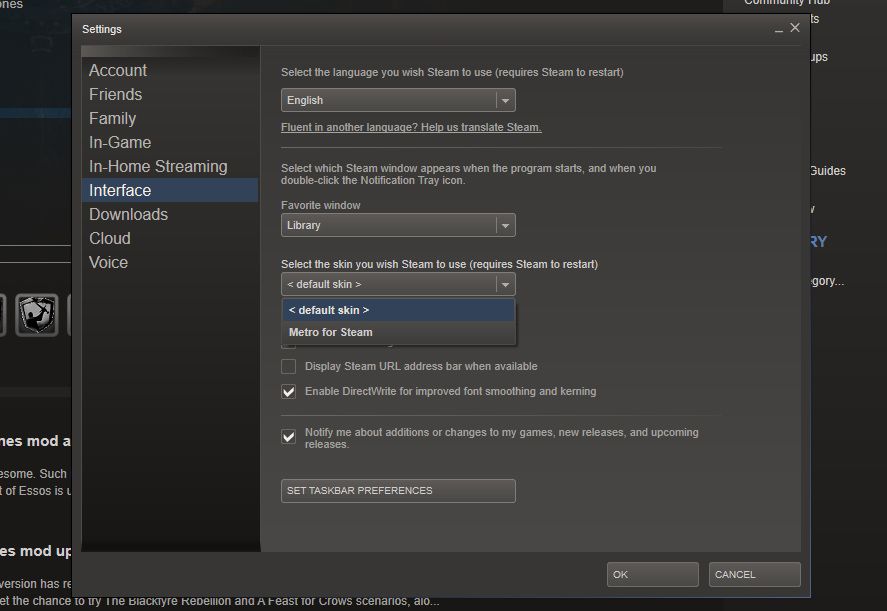 The look of the Steam platform has been in constant evolution since its release in 2003 as an exclusive launcher for games created by the Valve studio. While its aesthetic and browsing system don’t have any big hangups, many don’t know that it’s also possible to completely customize its appearance with user-created themes. Here we explain how to change themes on Steam and recommend some of the best-known ones out there. There are many webpages the collect these themes, such as SkinYourSteam, which offers a large collection of themes, with some of the highest-rated being Metro for Steam, Pixel Vision, and MikuSkin.