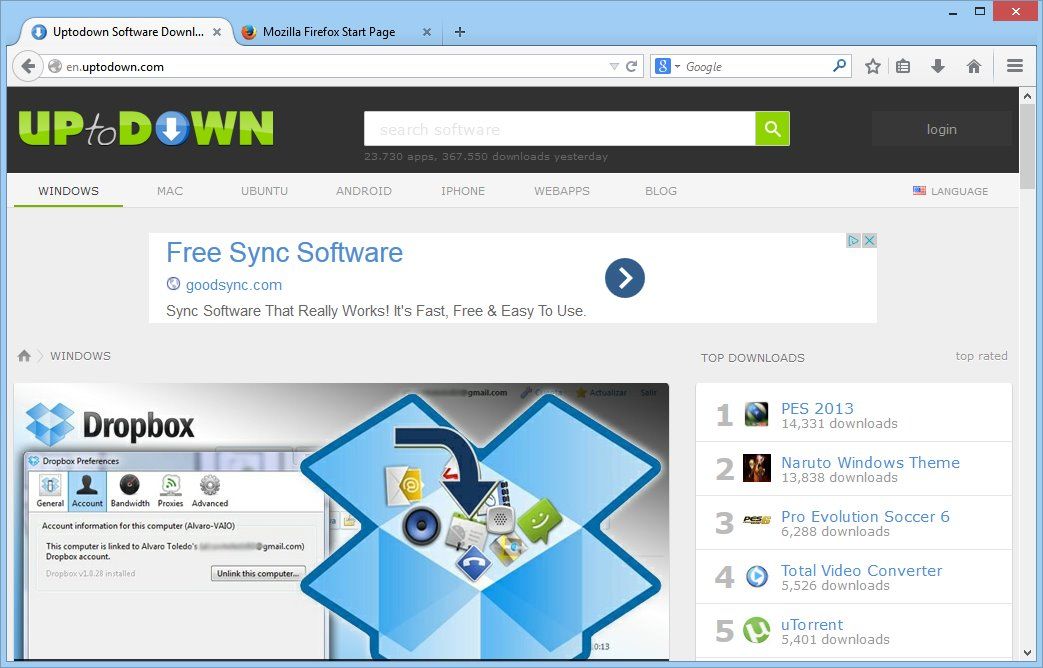 Although the ridiculous war of constant updates between the most popular browsers seems to have become detached from all rationality, the arrival of Firefox 29 has nevertheless brought a thorough aesthetic and operational facelift for the Mozilla product. The arrival of the revamped Australis interface, the inclusion of the new syncing service, and other smaller changes have made it harder than ever to choose which will be your preferred browser from here on out. This is the name Mozilla has given to the new interface they’ve been working on for several months now, which had previously been available for testing in its beta version. Most of the browser’s main elements have been changed, with the biggest attraction being the elimination of the Firefox button and the integration of most of the main options in a new context menu in the upper right part of the window, which you can customize as desired with the features you use most. The add-ons bar in its former incarnation has also disappeared, making the browser’s header much cleaner and more refined, which is also helped by the rounding of the different tabs and the various changes to the spacing and look of the main icons. And all this comes without even starting on the comprehensive customization options you can find with themes. Firefox is once again a sober and functional browser.

Syncing as it should be

One of the main attractions of Google Chrome was the straightforwardness with which you could associate your Gmail account to the browser’s services to import all your configuration settings and bookmarks from one computer to another without needing to export the data.

Firefox Sync finally brings a similar experience to the Mozilla browser, meaning that by registering and creating a user account you can get most of your stored data on any machine you use. This includes the various versions of the browser for desktop computers as well as smartphones.

The million-dollar question. Why mince words? With the release and constant updates to Chrome, Firefox developed a reputation for consuming lots of resources and taking much longer than its competitors in fully loading webpages. Today the situation has changed enormously, and there are benchmarks to attest to that fact. According to a recent analysis from Ghacks that pitted Chrome 24 and Explorer 11 against Firefox 29, the latter took first place in terms of low consumption of resources when opening several tabs, all other things being equal. The jump in memory usage is increasingly more pronounced in the other two browsers as you open more tabs. When it comes to launch speed, Firefox also beats its competitors on both startup and page-loading time, for both cached and newly opened pages. That said, these improvements were already in effect several versions ago, as shown by various tests.

In short, if you’re were thinking about giving Firefox a second chance, Firefox 29 is the perfect excuse: a completely revamped look, new services that fill in the small holes that used to hurt it with respect to other browsers, and a jump in its features, performance, and optimization.