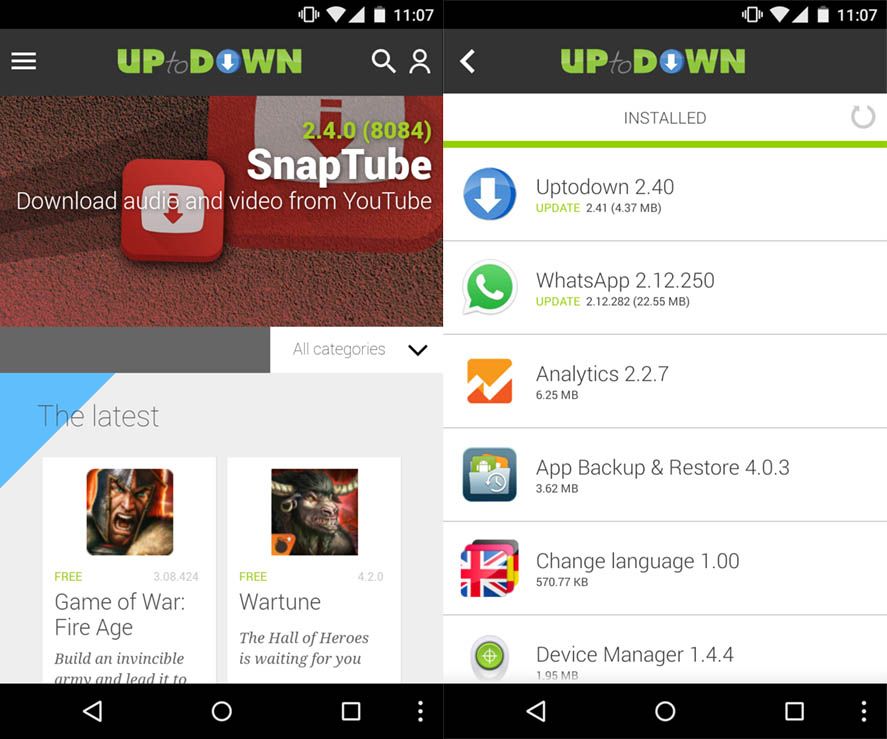 Android devices include a series of basic integrated apps that might not necessarily be the best option for all users. Whether they’re Google apps or an addition from your phone’s manufacturer, you can always turn to other tools that are much less clunky when it comes to doing basic tasks like reading email, IMing, downloading apps, or viewing your photo gallery.

The numbers here speak for themselves: the official Facebook app for Android can eat up more than 150 megabytes, but the Lite version uses just a bit over 2. The latter is also an official app, although it was devised as a variant for low-range smartphones and simply displays the web version of Facebook instead of the native app. It also lets you use the integrated chat, so you’ll save yourself even more space by not having to also install Facebook Messenger.

Opera Mini is in itself one of the best Android browsers for devices with limited connectivity or low power, with its functionalities prioritizing these needs as seen in its latest updates. We all know the Achilles heel of the Chrome app: it eats up resources (although the problem is worse on its web version). With that in mind, it could be a good idea to have an alternative to the default, especially considering that Chrome uses up more than 100 megabytes even when it’s closed, between the app, the associated data, and the cache. Google has kindly opted to remove all traces of Google Plus from its image synching and viewing tool. Even still, if you don’t use its integrated cloud file-hosting service it could be awkward to have to deal with the app just to handle your local files. We’ve always praised QuickPic for its simplicity and flexibility in terms of integrating other cloud storage services like DropBox, Drive, and more. It also recently added its own cloud storage service for storing photos online with no less than 1000 gigabytes available for free. If you don’t make the swap it won’t be for a lack of reasons.

You’ll forgive us for tooting our own horn in this particular case as this is our daily grind. Google Play is the default market for installing apps on your device, but it’s far from the only option. On Uptodown we have more than 15,000 completely legal apps available for download. To make it easier to install APK packages we have our own official app to do searches and auto-update the apps installed on your device. Gmail is obviously the main email provider on Android, but you can still use any other client you fancy. In fact, it could be a good idea to pick one that unifies all the accounts you use, and for that task Blue Mail is one of the best options out there. It lets you associate accounts from Gmails as well as Hotmail/Outlook and iCloud, among many others.