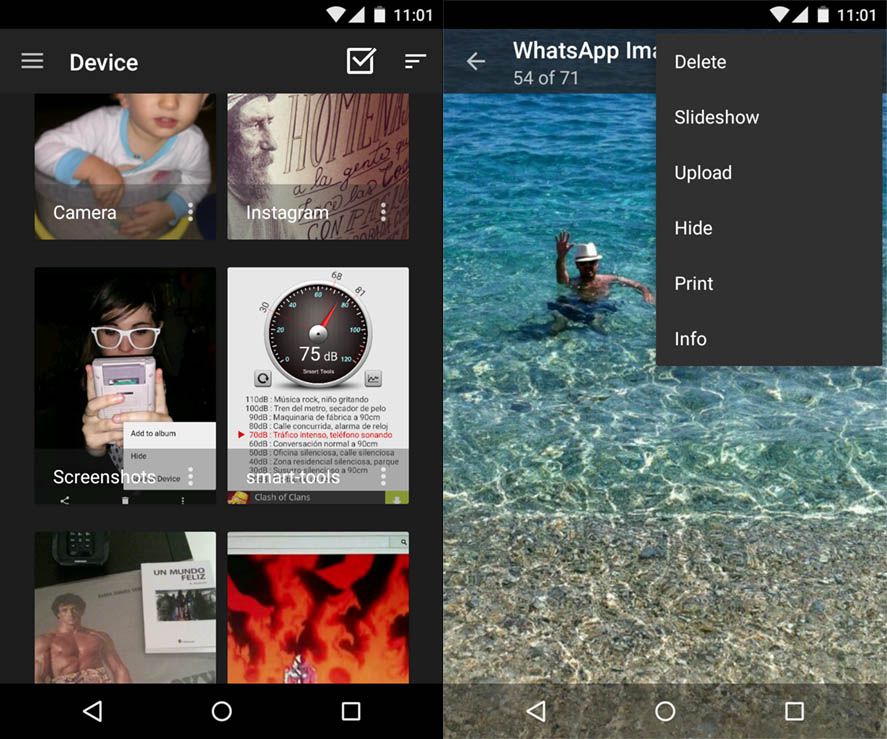 Until quite recently everybody’s top priority in terms of backing up information was to find a cloud storage service for files. Now, though, there’s hardly a program or app out there that doesn’t take care of that itself, and the most precarious digital content you probably have is the copious quantity of photos and videos on your mobile device. That’s why there are so many photo storage services in a constant tug-of-war to offer better features. The best tools for this purpose include Google Photos, Carousel (from DropBox), and the recent Amazon Photos.

Google Photos, daddy of them all

When things are done right, it doesn’t take long for the results to start appearing. In May 2015 Google completely revamped its official service to store and sync photos, completely unlinking it from the tedious Google Plus and offering unlimited and free space to store photos (compressing those over 16MP). Recently Google announced on its official blog that its Photos service is used by some 100 million users. In such a short amount of time, that figure is insane. It has both an official app for Android (and iOS) and a web client accessible from any browser, and is also compatible with Chromecast and can share space with its sibling Google Drive. The automatic image upload lets you view them from anywhere and organize them into albums as desired. Also, it includes loads of bits and bobs for automatic GIF, mosaic, or collage creation, and also reminds you of special dates over the years. Although some things are still needed such as the option to upload lots of photos with old dates simultaneously without having to change the dates one by one, there’s still little doubt that Google Photos is the boss.

Carousel, the client from DropBox

April 2014 saw the introduction of new members of the DropBox family in the form of the Mailbox email manager and Carousel, a gallery tool that follows the philosophy of Google Photos in lockstep, with the appeal of being fully integrated with your DropBox account. With it you can select specific folders to upload and organize as desired, and use its integrated system to share files adapted to the photo environment (although the DropBox client already did this itself). Its only sticking point is the amount of space it offers, as it uses the 5GB from your DropBox acount, expandable with a subscription (concretely €/$9.99 per month for 1TB, although an annual plan works out a bit cheaper). Amazon’s cloud storage service has been around now for a few months, but they only got serious a few weeks ago with the launch of a mobile app for their Cloud Drive client, and more recently offering a variant focused specifically on uploading and synching multimedia content. If you have an Amazon Prime account you can also use the Prime Photos service, which offers unlimited space to upload photos with no compression (unlike on Google Photos), and an added 5GB to upload content of any other sort. The only limitation is that each file can’t be bigger than 2GB. It even supports RAW! Amazon Cloud Drive and Photos are available in app format for both iOS and Android as well as in desktop clients for Windows and Mac and a web version.