Home News and Updates Stumble Guys or Fall Guys, which is better? 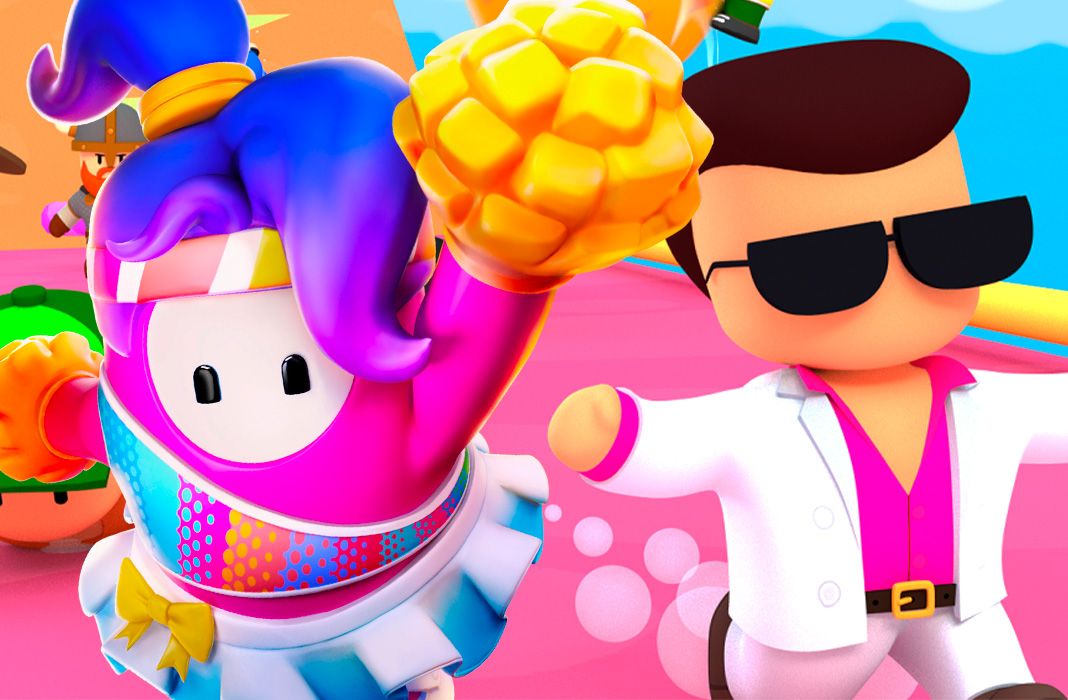 People often call Stumble Guys something like “the Fall Guys for mobile devices”— a comparison that, while it makes a lot of sense, the truth is that it is not as fair as it may sound at first. Kitka Games’ title is based on Mediatonic’s but manages to find its own way by offering a very mobile-focused experience. That doesn’t mean we don’t still get asked the big question from time to time: which is better, Fall Guys or Stumble Guys? Below we will see how these two battle royales are similar and different.

Both are free with micropayments

Until recently, Fall Guys was a paid game, but that changed a few weeks ago when Mediatonic and Epic Games made it a free-to-play game available to everyone. By then, Stumble Guys had already taken the lead, as it was a 100% free game from its origins. Today both share this feature and allow us to play without paying, although both include purchases and micropayments in their stores. 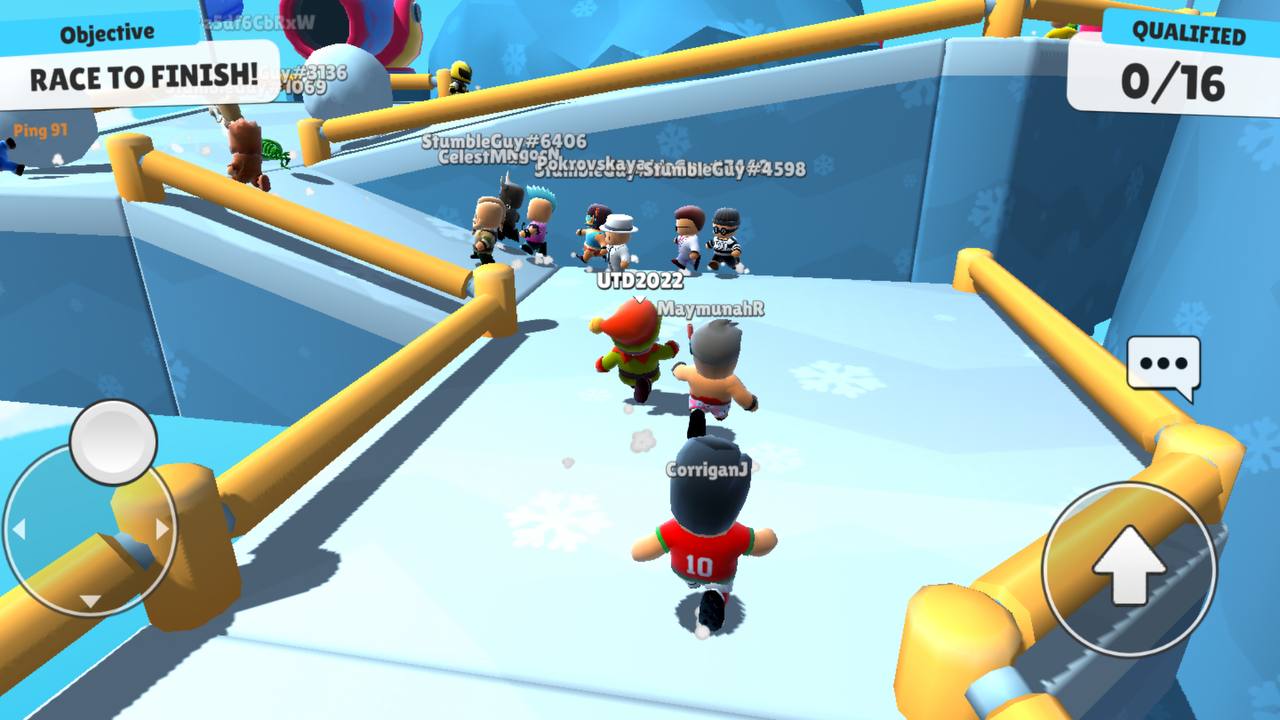 The gameplay is very similar in both

The most obvious similarity is that Stumble Guys and Fall Guys propose a very similar style of gameplay— races through crazy levels in which those who fall eliminated do not move on to the next round. The number of players that can pass becomes smaller and smaller until, in the final round, only one player— the winner— can remain. There are levels with obstacles focused on reaching the goal first, others related to avoiding falling into the mud, etc. In short, they are very similar games, almost identical.

In both we can customize our character

A fundamental aspect of the multiplayer experience of both games is that we can customize our avatars, which allows us to differentiate ourselves from the rest of the players against whom we compete in their multitudinous games. There is indeed a difference here— Stumble Guys has more customization options, as we are allowed to modify footstep effects and change the skin color for free right from the start. 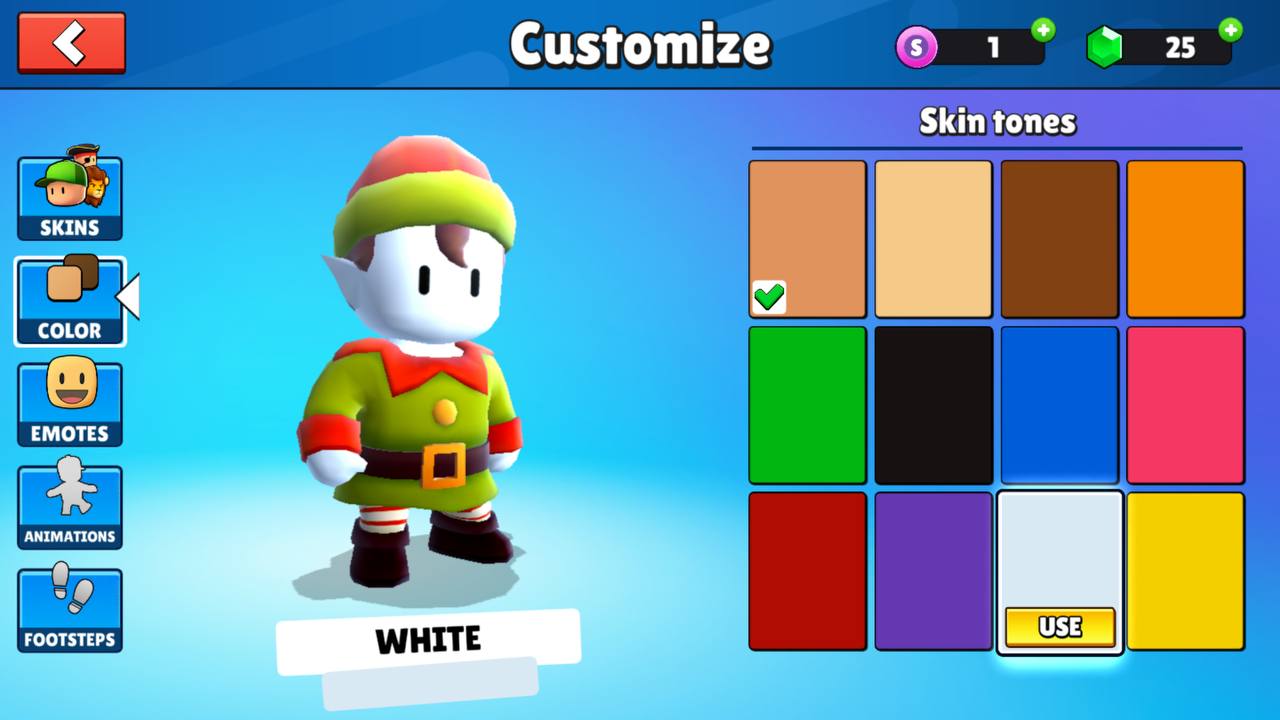 We can play with friends on either

If we want to have a good game with friends, we can choose between either, since both Stumble Guys and Fall Guys allow us to make groups to play in company. Yes, the way we connect changes between one title and another, but all in all, both will give us the option of bringing together several people so that we don’t have to compete alone.

Although the way the obstacles work is not exactly the same, and Stumble Guys has its own ideas in this regard, the truth is that most of the challenges are inspired —to put it mildly— by those of Fall Guys. From moving platforms to trampolines to barriers that prevent us from going where we shouldn’t, the levels of Stumble Guys are very similar to those of its big brother.

Stumble Guys is only available on mobile devices

Stumble Guys is a mobile game designed specifically for this platform, so it wouldn’t make sense to see it on consoles and computers. Currently, Kitka Games’ title is only available on iOS and Android, and it looks like it will stay that way forever. In contrast, Fall Guys can be downloaded on PlayStation, Xbox, Switch, and PC, being free in all its versions. 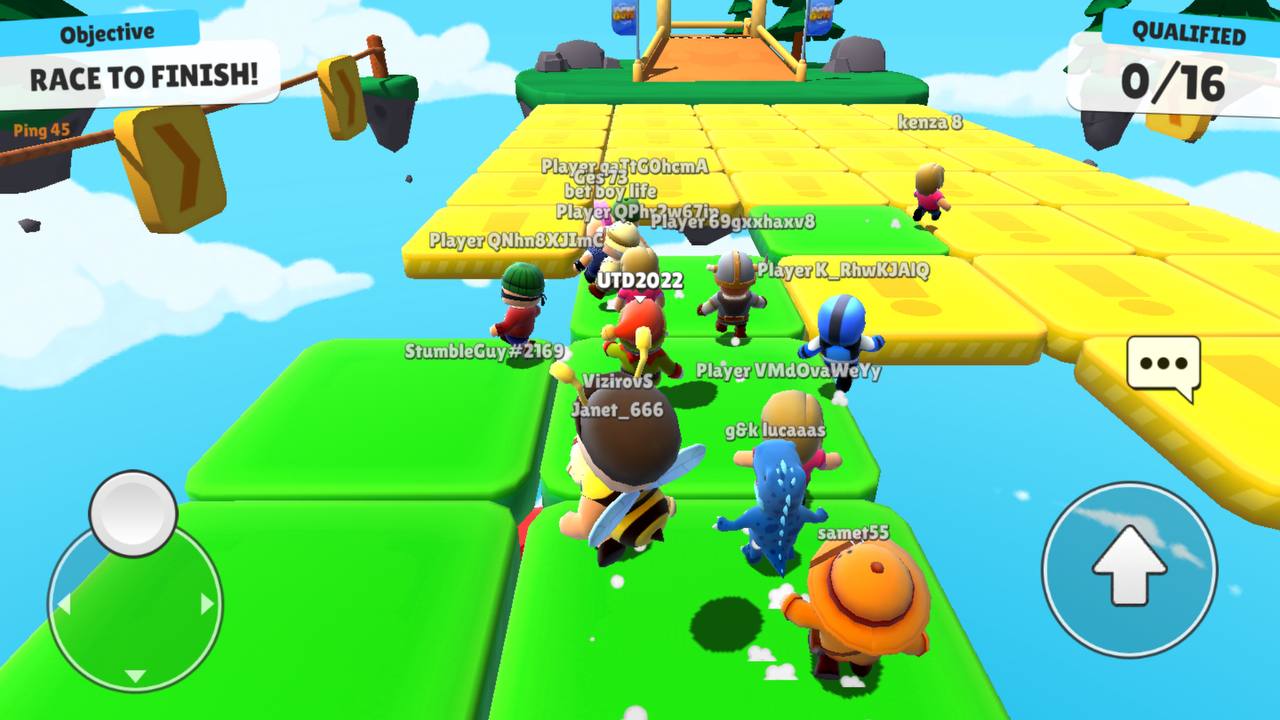 Controls are not exactly the same

Although their gameplay is very similar, the truth is that there is a key difference— Stumble Guys has simpler controls focused on the touch screen of the mobile devices we play on. What is different? Mainly, there is no grab button, so we will only have to worry about running and jumping, as well as moving the camera in case we want to see the obstacles in advance.

This difference is partly a consequence of the previous one— having a more basic controls system, there are Fall Guys challenges that could not be reproduced in Stumble Guys. In the first one, some levels challenge us to grab objects and carry them to some point or to throw balls, move platforms and hold on to ledges. This is impossible in Stumble Guys, which mainly bases its levels on running towards the goal and arriving before the rest of the players. 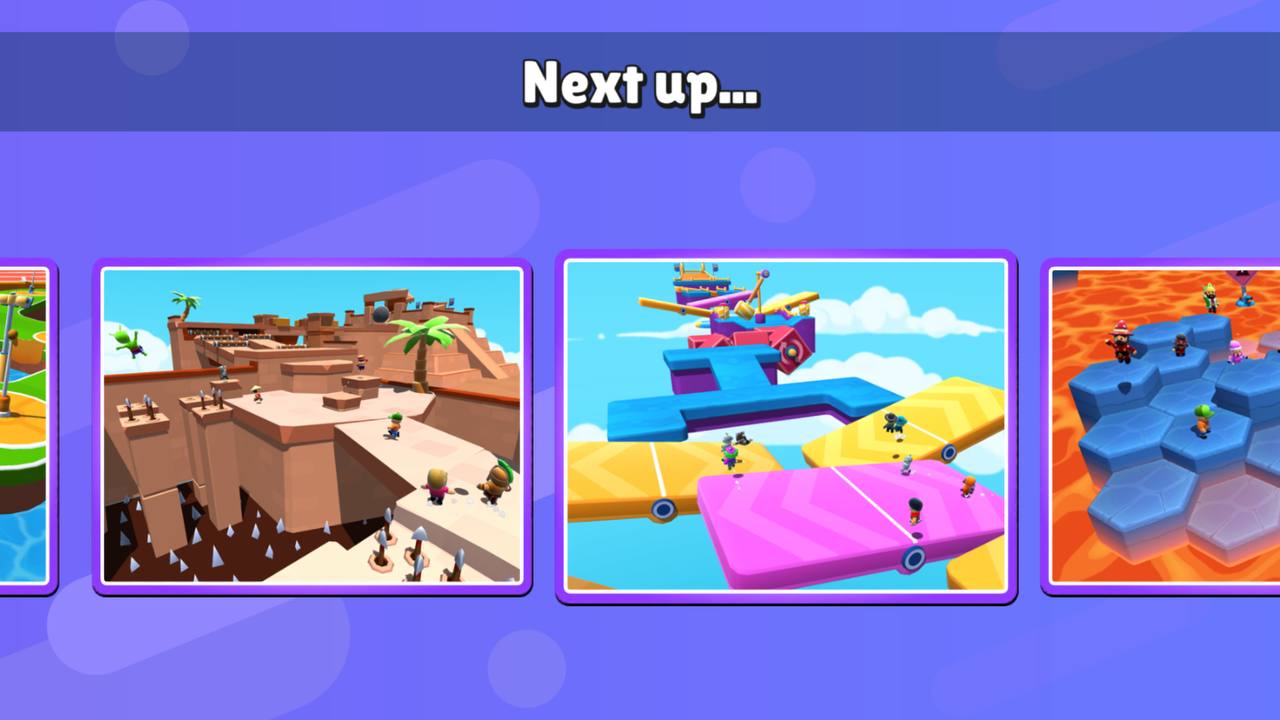 Another determining factor is that these games’ micropayments, purchases, and coins work differently. In Stumble Guys, there are ads, for example, which we can watch to get coins or roulette spins. In Fall Guys, there is no roulette, so there is no free daily prize, and it also has more types of currencies, challenges, events, etc. Both share things like a paid battle pass or the rotation of items in the store, but there are some points of micropayments that differ completely. 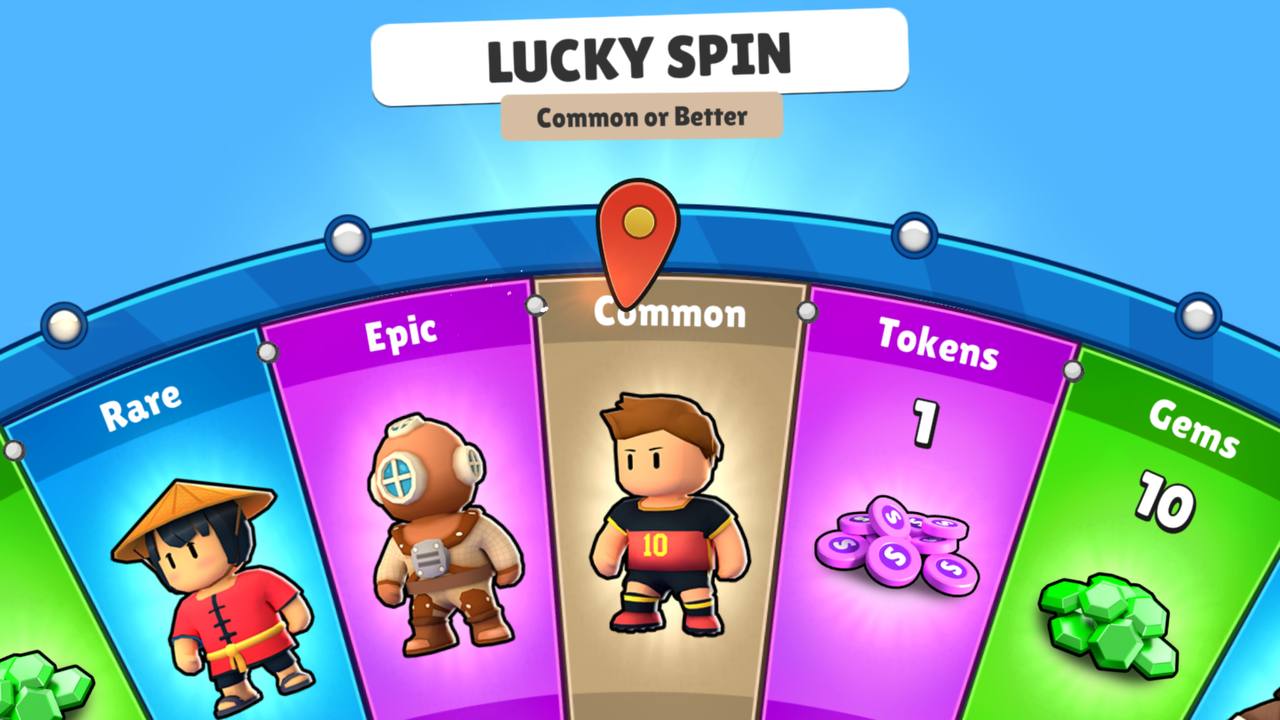 From the time we start to the time we finish a game of Fall Guys, as long as we make it to the final round, more than half an hour of gameplay will pass. In Stumble Guys, we can finish a game in less than 10 minutes. How is this possible? Basically, because it is designed for mobile devices, so it offers a faster experience than the other game: the competition starts with fewer players —32 instead of 60— and the levels are considerably shorter.

How to get free gems in Stumble Guys