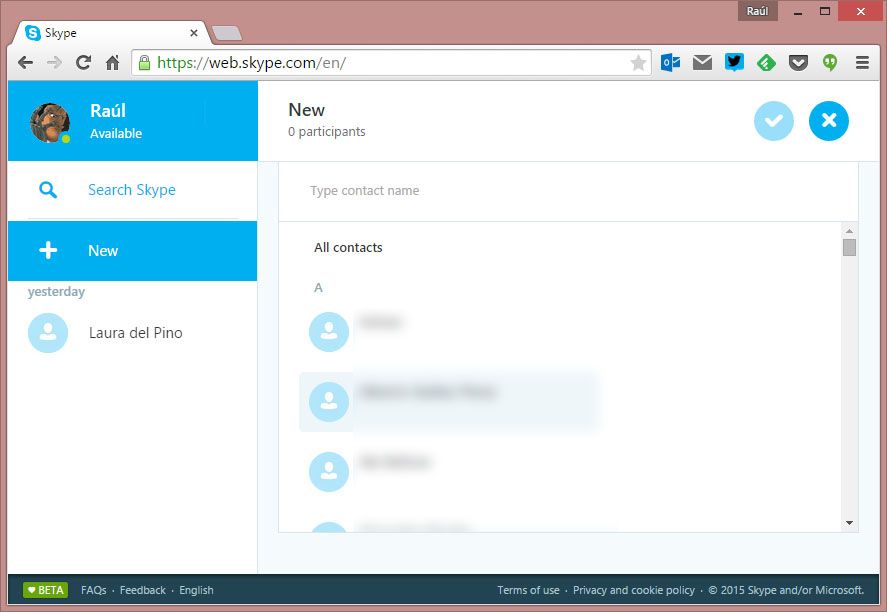 It seems like desktop apps are destined to slowly lose ground to webapps with cloud interaction. Now it’s Skype jumping through these loops, having just launched a new version of its client via the browser. Although at the moment it’s only available in the U.S. and the U.K., it’s still fully functional from any other country via a VPN.

The web version of the client lets you do all the same basic tasks as on the desktop version, such as make voice and video calls, chat, or manage your contacts list. To do so, you have to go to web.skype.com after having set up your VPN or masking system if you don’t live in one of the aforementioned countries. There are several tools to set this up that are accessible to all users. The web version is compatible with Google Chrome, Safari, Firefox, and Internet Explorer. For all of them it will have you download them and install a small plugin essential for making videocalls. In addition, depending on the browser, it will suggest you install an extension to speed up access and provide extra features such as a pop-up notifications system when you don’t have Skype open.