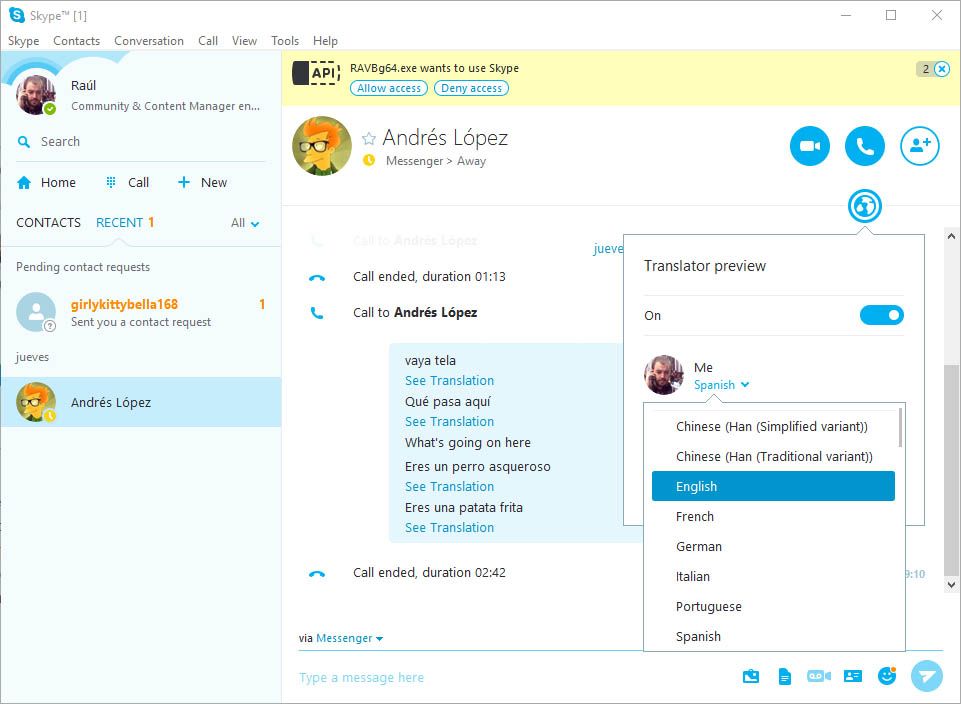 It’s been several months now since Skype released its new Skype Translator initiative to take real-time conversation translation services to the next level. Although text translation has been available for some time, it’s only now that it’s on offer for all users, who can also use the voice detection system thanks to the official Windows version of the software.

To be able to use the text translation system, you need the latest version of the official Skype client installed for whatever desktop or mobile operating system you’re using. In the case of Windows, when you’re talking with someone you’ll see a globe icon where you can specify the language of each speaker so as to instantly translate every sentence they send. The service, based on Microsoft Translator, can detect more than 50 languages in text, although to detect and translate voice conversations it’s limited to German, Chinese (traditional and simplified), Spanish, French, English, Italian, and Portuguese. To use the voice translation feature you have to download the official Skype client directly from the official Microsoft store; so far it’s only compatible with Windows 8.1 and 10.