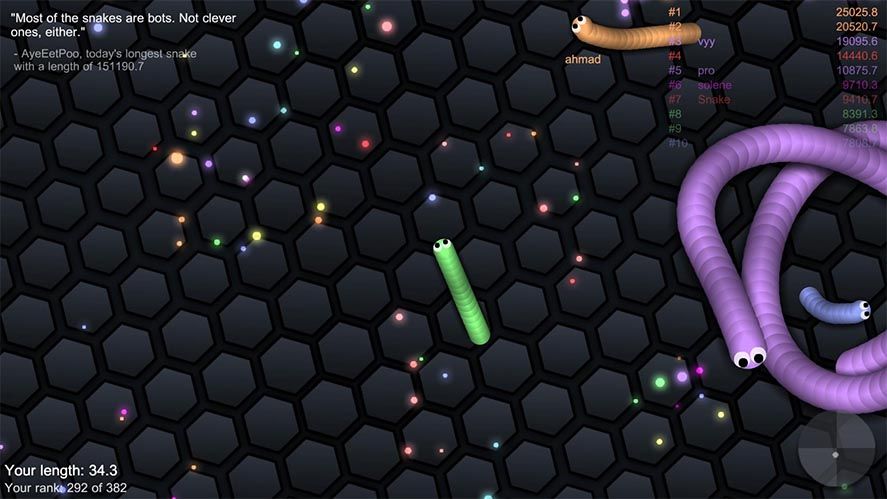 A few days ago we posted a list of our most downloaded Android games of 2016. Now we turn our attention to a collection of our best titles according to our own criteria – where we don’t always assume that the most successful is the best. Though for the most talked-about titles like Pokémon GO and Clash Royale there’s unanimity of opinion, tons of other games also deserve a bit of attention for being the most original and fun of the year. Don’t let looks deceive you. PinOut is kind of like a pinball game, but it translates that concept into an infinite gameplay where you have to move a ball through an endless table making use of flippers, objects, and very agile controls. Its neon aesthetic and retrowave soundtrack make it as fun an experience as it is intoxicating. Who’d have thought that a pinball game could do all this? [Download] Time to talk about the Civilization saga and make the hair stand up on the back of your neck. Lots of attempts have been made to bring the experience from Sid Meier’s saga to smartphones, but none has done as good a job of that as Polytopia. The experience of making your town grow and face its rivals is perfectly translated with a clear simplification of the gameplay. Its adorable low-poly graphics and the fact that the game is completely free (you only have to pay to have more civilizations available) make it a must-have for lovers of 4X strategy games. [Download] Stop press! A Final Fantasy for smartphones that’s neither a console adaptation nor a waste of space! Mobius Final Fantasy has turned the evolution of Square and its productions of dubious quality upside down with a JRPG whose graphics have nothing to envy the last generation of consoles and a system of advancing through chapters that (despite being firmly within F2P bounds in terms of repetition of content) is sure to delight lovers of the genre. [Download] Just because it’s obvious doesn’t mean we’re not going to mention it. Pokemon GO is without question the social revolution of 2016 at all levels of the smartphone and tablet world. No app has been able to bring together and move so many people, with hundreds of trainers trekking city alleys and parks looking for Ratattas and Zubats. Mobile video games are never going to be seen the same again. For better or for worse. [Download] The other great victor of the year comes from a studio famous for churning out hits. Supercell has already ravaged the productivity of half the working population thanks to Clash of Clans. With this spinoff of that saga it’s taken the idea behind MOBAs and tower defense games to a whole new level with a title apt for all sorts of players. Every update or special event is a huge deal in this title that might well keep you hooked for months on end. [Download] With the nonstop propagation of the endless runner genre, it’s now very difficult to create a title that stands out from all the riffraff. Alto’s Adventure does so by leaning more on style than brute force. Zooming down an endless snowy incline while making impossible jumps is as freeing as it sounds. And given that it also adds standalone missions to sweeten the already-addictive challenge of getting as far as you can, we’re looking at a portable work of art. [Download] No doubt about it: MOBAs are the genre par excellence in the realm of eSports. The hard part has always been bringing this experience born of the PC platform to a small touchscreen. Surprising as it seems, Mobile Legends manages to do so without losing the essence of icons like DOTA2 or League of Legends. Either on your own or in teams, you have to destroy your rival’s buildings with your hero and the creatures who accompany you. And the controls don’t have anything odd about them: a virtual pad on the screen and into battle. [Download] Another trend with hundreds of clones was born as a browser game but started a proper revolution upon making the jump to smartphones. The premise is simple: you’re a little worm that has to feed itself on the carcasses of other players after their defeat. To do that you’ve got to make their heads crash into any part of your body. As you eat you get bigger and bigger in an endless online leaderboard. Sound fun? Well it’s actually even more fun than that. [Download] Driving a big single-cylinder motorcycle on endless highway in a straight line has a romantic component that Traffic Rider hasn’t missed out on. [Download] No matter what, we have to mention a Ketchapp game on this list for its commendable work in exasperating players looking for simple but exceptionally addictive experiences. Stack is surely one of its most talked-about titles of 2017. As usual, the controls involve simple taps to the screen, and in this case the idea is to stack up platforms and try to keep them in line with the previous ones. But don’t be fooled by that conceptual-sounding description. This game is hell. [Download]