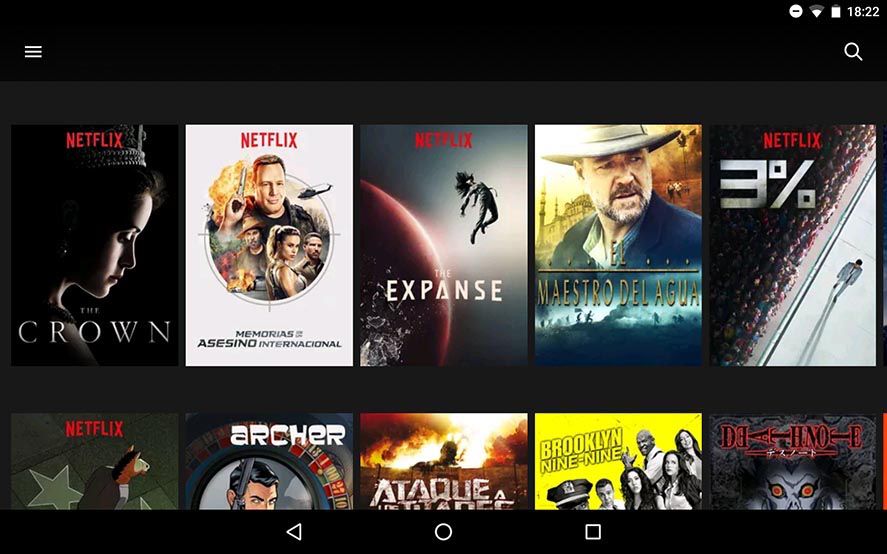 The new option to watch Netflix videos offline caused quite a stir when it came out. Being able to locally download content from the popular video streaming site hugely expanded the likelihood of people actually signing up for it. The only annoyance was the fact that the content could only be stored in the internal memory of an Android device. But now they’ve switched this up with version 4.13 of the Netflix app: this update lets you store content on SD cards. Somebody pop open the champagne. Though the amount of memory on Android devices gets bigger all the time, lots of people still don’t have a ton of space available and rely heavily on SD cards as their lifesaver. Being able to enjoy all the series, films, and documentaries on Netflix even when offline was never going to be easy without making use of external storage cards. Tons of users asked for this when the offline download feature appeared and Netflix was quick to hear them and implement it.

To move Netflix content to your SD cards just select the new Downloads Location option that appears in the app settings. There you can set the downloads to go into your internal device memory or onto your SD card. In that same section you’ll see the available space in each place, useful for helping you decide where to put all those episodes of Making a Murderer you still have left to watch. And you’ll obviously need all the space you can get, cause if you watch one you’ve obviously gotta watch them all.

Android​ Users – You can now download to your SD card so there's always room for more. pic.twitter.com/Uqt2GSjPw5

Keep in mind that this downloaded content expires based on the licenses for each video – you can check this info out in the My Downloads section. If you still haven’t tried this streaming service, we defo recommend that you try out a free month’s trial as available in your country – it’s got a ton of content that makes it worth the effort. And don’t forget to check out our tips on how to get the most out of Netflix!