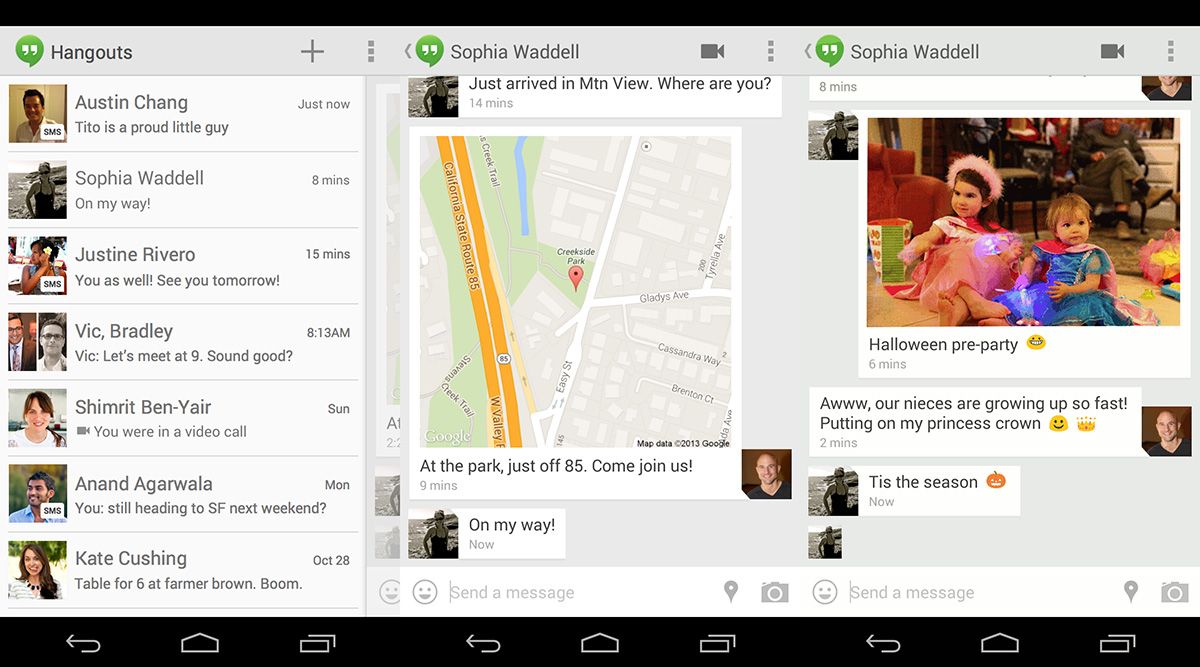 A few days ago, Google gave a sneak peek at some the features of the new version of its Android operating system, with one of them being an update to its instant messaging service. Well, as of today you can download the new version of Google Hangouts with various improvements, the most notable among them being its integration with the sending and receiving of text messages and multimedia messages on your phone.

Once the update is installed, the first time you launch Hangouts it will ask you if you want to authorize the app to receive traditional text messages (as well as multimedia messages for versions of Android higher than 4.0). This lets you see your conversations on your timeline interspersed with your text messages, which are indicated with a small icon next to the sender’s avatar. Another of the new features is the option of including extra status information, so that you can let your contacts know your location at any given moment, or add a smiley to your profile to indicate your mood. A special icon will also appear that shows if you’re talking on the phone, as well the type of device to which you are connected.

But Hangouts has not been the only app that’s been updated; due to the arrival of Android 4.4 and the launch of the Nexus 5, other native Google apps, such Maps, Analytics, or Keep, among others, have also received updates with new improvements.