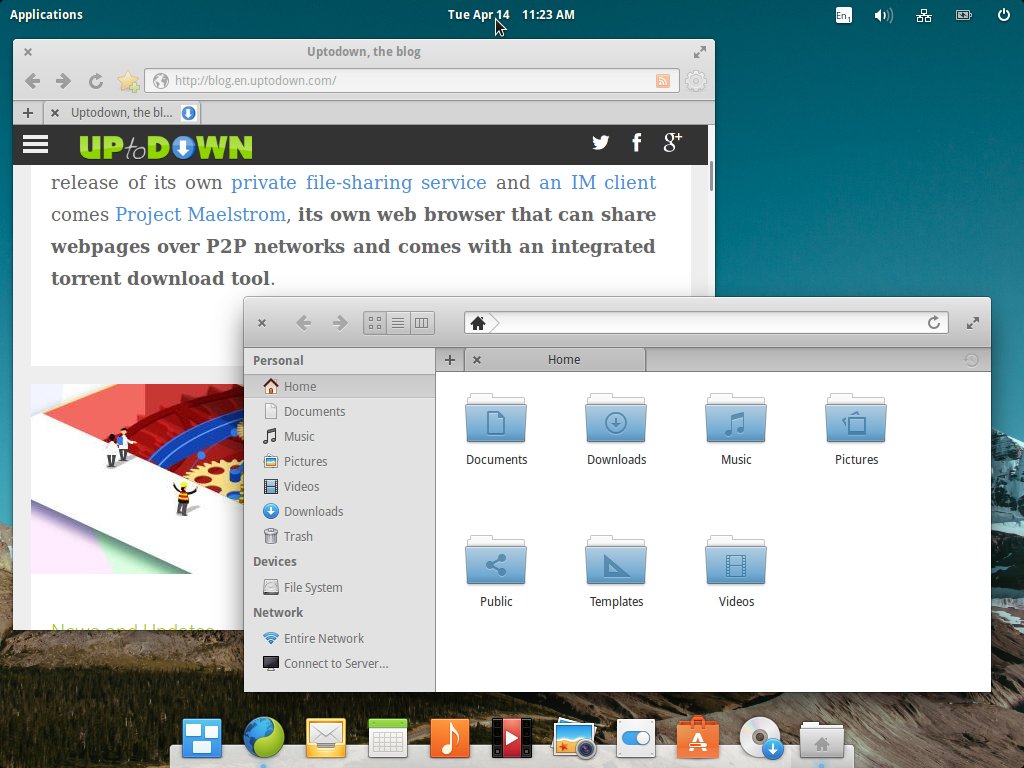 There’s life beyond Ubuntu when it comes to selecting a good Linux distribution. It’s a common error to think the latest updates are always the best—when actually there’s nothing further from the truth. Elementary OS has been nearly two years in releasing its new version that bets on stability, sober graphics, and minimalism while integrating additional packages. There’s a reason why it’s one of the most popular distributions.

This new version is based on Ubuntu 14.04, meaning that just as with the prior version it’s an LTS edition, in this case with official support till 2019, while the kernel used is the 3.16, with another year of life left in it. These two features give you an idea of what I mean by saying it prioritizes stability over novelty. As mentioned on its official blog, its development is based mainly on refining the graphics to make navigation smooth and pleasant on a desktop that historically didn’t make things super easy for the user. A more interactive notifications system; a more intuitive task manager; better use of transparency and flat textures on the interface; a new firewill; fully redesigned sections such as the lock screen, applications, and screen manager; support for the UEFI standard or an improved assistant for Wi-Fi connections are some of the many new developments.

How to install Elementary OS

The install process has been explained to death here on the blog, and in fact a bit ago we did a tutorial specifically on how to install Elementary OS on your system, whether by recording the ISO on a DVD or using an external USB drive. In any case, the minimum technical specs to install it are a 1GHz processor, 1GB of RAM, and at least 15GB of space on your hard drive, which makes it perfect for running smoothly on humble machines. In addition, there are versions for both 64- and 32-bit architectures, with the latter being ideal for virtualizing via VirtualBox to test it (although there is also the Live-CD option for this on the installation ISO).

Auto-run Windows from a pendrive with PE Builder

How to install Elementary OS, the trendiest Linux distro