Home News and Updates Is less no longer more? The evolution of screen size on smartphones

To this day, there’s still a lot of disagreement as to which was the first smartphone in history. Some people point to the IBM Simon Personal Communicator, launched in 1994, while others to the Ericsson GS88 “Penelope” of 1997. But what’s clear is that the concept took hold from around 2000 onwards.

In these two decades, we’ve seen how these devices have evolved and how, without even realizing it, they’ve become an inherent part of today’s culture and civilization. However, beyond technical specifications, there is one specific parameter that has fluctuated since those early years of the 21st century.

We’re talking about the phone’s size, always marked by the diagonal measurement of the screen. When phones didn’t have a touchscreen, it didn’t really matter if the screen was larger or smaller, but all that changed in 2007 with the arrival of the first iPhone.

iPhone 2G: the beginning of the change

In 2007 Steve Jobs took the stage at the Macworld conference in San Francisco and showed the world what he claimed was going to “reinvent the phone.” The first iPhone had a 3.5-inch screen with a resolution of 480 x 320 pixels and a pixel density of 163 ppi, which, although it sounds laughable now, was monstrously large at the time. In addition, the iPhone’s screen was used to manage information rather than just project it, which paved the way for everything that came four years later with Android.

In 2010, Google’s mobile operating system was finally mature enough with its 2.0 version available and several manufacturers running at full throttle. It was then that the size of smartphone screens began to grow without us even realizing it, leaving us with something that until very recently was known as a phablet (a hybrid concept between a phone and a tablet).

The company that really threw it all into the ring was Samsung. The Korean giant debuted the Samsung Galaxy S2 in 2011, a smartphone with a 4.3-inch screen and HD resolution. In the following years, the trend continued with models like the HTC Sensation (4.3 inches), HTC Sensation XL (4.7 inches), and the first Samsung Galaxy Note (5.3 inches).

With the arrival of the Samsung Galaxy Note in October 2011 the phablet trend settled and suddenly, we were almost at the current trend of 5.5 inches. In 2013 Samsung followed suit and launched the Samsung Galaxy Mega with a 6.3-inch screen, something that at the time still seemed enormous (there were even memes and references to it). 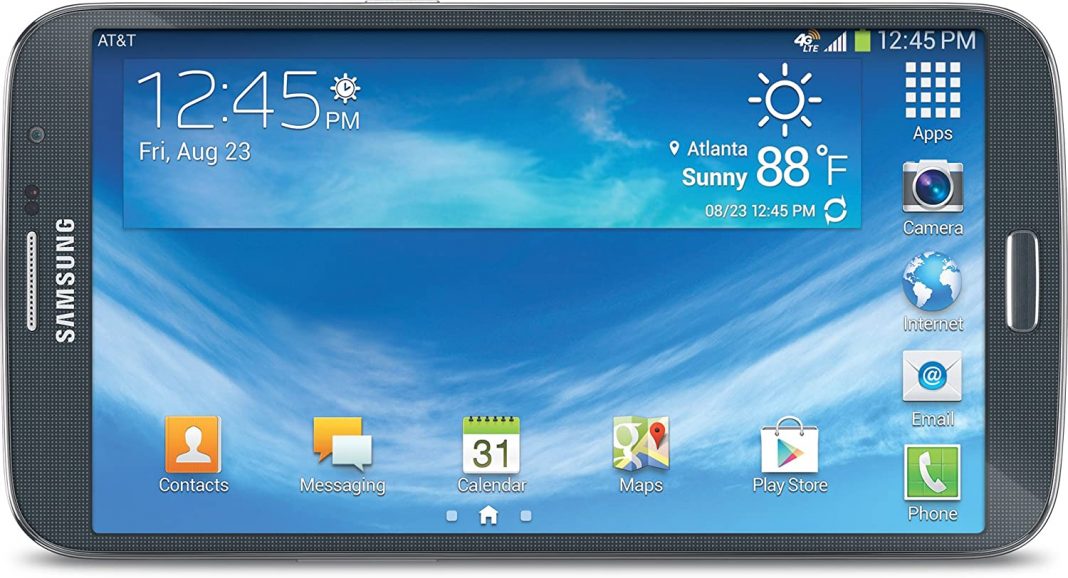 Even though Apple opted for a 4-inch screen for the iPhone 5 in 2012, Android devices with screen sizes of more than 6 inches continued to show up between 2013 and 2016. Some of them were the Sony Xperia Z Ultra, the Nokia Lumia 1520, and the previously mentioned Samsung Galaxy Mega.

At the same time that smartphones of this size were appearing on the scene, the 5-inch diagonal measurement was also becoming standardized. For example, Samsung’s Galaxy S4 arrived in March 2013 with a 5-inch screen and the Galaxy Note 3 debuted with a 5.7-inch display.

Apple joins in on the growing trend

After this good reception of large screens, Apple jumped on the bandwagon and launched its first model with the word Plus added to the end with a 5.5-inch screen, the iPhone 6 Plus in 2014. This trend of releasing two (or more) sizes of the same model was here to stay, and currently Apple, Samsung and Huawei (although not very active lately) continue to do so.

Continuing along the same timeline, in 2015 it was already commonplace to see standard 5-inch smartphones accompanied by a larger version, which generally corresponded to 5.5 inches. In the meantime, screens continued to grow and stretch until they erased as much of the phone’s frame as possible.

The war against the notch

Thus was born another phone that once again changed the aesthetic concept of smartphones: the Xiaomi Mi Mix. This 6.4-inch phone did the impossible by having no bezels and leaving the entire front uncovered. To do this, Xiaomi moved the front camera, placing it on the lower right margin, a solution that was never repeated, but that started the trend of notch-free screens that still continues today.

By 2018 it was already quite clear that large screens were here to stay. Samsung launched the Galaxy S8 and Galaxy S9 with 5.8 and 6.2 inches for the standard and Plus versions respectively. Then came the Galaxy S10 with its 6.1 inches and most manufacturers, including Huawei, Xiaomi, Oppo and even younger ones like Realme, haven’t jumped off the 6-inch bandwagon ever since.

In fact, nowadays it’s hard to find a smartphone with a screen that’s smaller than 5.5 inches. What could the reason be for this upward trend?

The smartphone as an essential device

Perhaps the most obvious of all the reasons why we want large screens is that, for many users, the phone has become a second screen that complements the computer or even replaces it in their daily lives. We’re not only talking about work and productivity, but also about the consumption of multimedia and entertainment-related content, which has also shifted significantly to smartphones in recent years.

All this means (among other things) that we spend more time with our phones, and thus, we need smartphones with larger screens. This leads to an obvious evolution: foldable devices.

Flexible phones are still the future

On the one hand, there’s a clear trend towards large screens, but on the other hand, it’s difficult for these screens to continue to grow without the devices taking up more and more space in the user’s pocket or hand.

Smartphone manufacturers have been thinking about this for some time now and the solution seems clear, although it has not yet come together for everyone: flexible devices. We’ve been hearing about them for years, seeing prototypes and mock-ups at every MWC or CES Las Vegas, but for the time being, the only manufacturer that has been strongly committed to this product line is Samsung with its Galaxy Z Fold. Xiaomi also has an 8.1-inch Mi Mix Fold, but this one has yet to be seen outside of China.

For example, Oppo already has a fairly stable prototype and LG is working on the development of a material called Real Folding Window. This material could pave the way for the arrival in 2023 of some really durable flexible screens (supposedly the company already has buyers, but has not given names).

Apple, for its part, may take a bit longer to join this trend. Even though analysts like Ming-Chi Kuo claim they’re already working on the development of an 8-inch foldable iPhone for 2023, Cupertino is known for always taking a little longer to adopt certain technologies and trends. Undoubtedly, the evolution of the size of smartphone screens is leading us towards smartphones with foldable screens, as the idea of basically carrying a full-size tablet in your pocket is not attractive at all.

Jailbreaking cell phones is now illegal in the U.S.

The latest leaked videos of the BlackBerry 10

Microsoft Office comes to iOS and Android in 2013