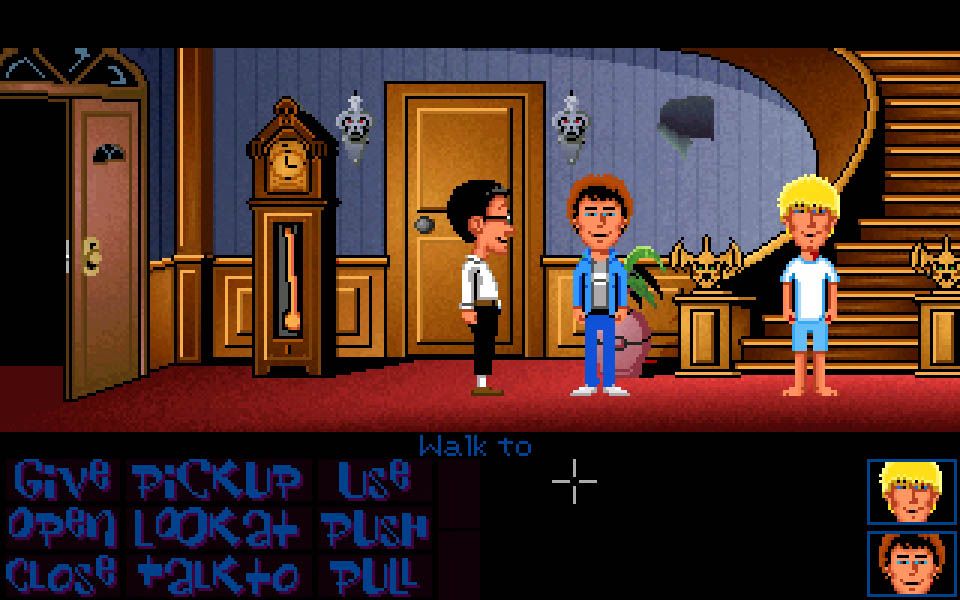 Abandonware is a treat for many nostalgics looking for a small dose of retro-gaming to hark back to a long-lost childhood and for whom the recent flood of ‘neoretro’ titles just won’t cut it. Luckily, some of those classic games that haven’t been reedited have ended up falling one way or another under the remit of freeware – a nice gift for gamers who want to enjoy these titles without worrying they might somehow be pushing the limits of legality. For those innocent souls who don’t want to swallow that bitter pill, here are a few legendary graphic adventures you can play free and legally. What do I need to play?

All the listed games are for the Windows platform, although lots of them run on ScummVM, an emulator to run the original files of classic graphic adventures on modern machines. The appeal is that many of the titles listed here have been released as freeware by their developers, meaning they can be played completely legally at no cost. We’ve discussed on the blog how to configure ScummVM on Windows and even how to run the port for Android. All there for you on a platter. This is the first game from Revolution Software, who would later get famous thanks to the popular Broken Sword saga. According to the developers, their aim was to release a game halfway between the humorous sprawl of the games from LucasArts and the conceptual and developmental sobriety of those from Sierra, although in the end what came out was something with entirely its own identity.

Lure of the Temptress is an epic fantasy adventure with more than a few resemblances to Simon the Sorcerer from Adventuresoft. Its original control system lets you deploy a huge number of interaction options, and its Virtual Theatre system lets NPCs wander around the settings independently of your actions. In 2003 it was released as freeware and can be played using ScummVM. (See tutorial above.) [Download] Dreamweb is atypical in all senses of the word: from its bleak storyline that evolves as a cyberpunk adventure with supernatural tinges, to its graphics, where you observe the action from a higher plane. In this perverse ode to ‘pixel hunting’ you can pick up practically any object in the setting, whether it’s useful or not – and I’m talking here about a useless pea in a microwave. This evocative approach makes Dreamweb an intoxicating game even beyond its whiff of cult science fiction classic.

The dreamweb is a spiritual world parallel to ours where minds weave together. The protagonist starts to suffer nightmares about the dreamweb, and ends up acting as the agent of higher beings to save the world. In 2012 the game was released by its creators as freeware, and can be played in full using ScummVM. It’s also available in CD format, and online you can easily find the novel that accompanies the game and serves as an introduction to it. All laid out for your gaming pleasure! [Download] This ironic adventure in which Dave and his friends rescue their friend Sandy from the mysterious Edison Mansion was a proper hit in the genre when it came out in 1987. It used a ridiculous version of the SCUMM system that interacted with the environment based on a series of preset verbs. This, together with the fact that it was released in 16 colors for 8-bit machines, has meant the game hasn’t aged well when it comes to enjoying it on modern computers.

To make up for these deficiencies, a few years ago a group of fans released a remake of the original game with all the graphics redone in 256 colors and a simplified version of the 15 verbs used by SCUMM in the second part, and in the process polishing some of the details of the original game while keeping its original development, including the different endings. In this case we’re not talking about a release of the original game or express permission of its creators, but rather a freely distributed fangame. [Download] The game from the now-defunct Australian studio Interactive Binary Illusions clearly arrived on the coattails of LucasArts-style adventures, during the period when they were at their zenith in terms of impact and brilliance. In this pulp-tinged adventure a plane pilot and movie star go on an expedition that includes indigenous tribes, dinosaurs, and mad scientists – all of which is reason enough to give a chance to a title that in some countries had less of an impact than others in the genre. [Download] Here things are a bit tricky. In this case we’re not looking at a classic game converted into freeware. A Tale of Two Kingdoms is an amateur freeware game developed with Adventure Game Studio and released in 2007. Both its plot and its look, with its many winks to sagas like Quest for Glory and King’s Quest, were inspired by genre classics to become one of the most successful freeware games in recent years, although in 2008 they would put the cherry on top with another original production: Heroine’s Quest: The Herald of Ragnarok, another free adventure that brings back the spirit of the jewels from Sierra with an even more ambitious adventure than its predecessor.

And as a bonus, another two more humble titles from the studio: Quest for Yrolg, where you play a wobbly little minion to a dark lord, and Warthogs, a rather obvious adaptation of the adventures of Harry Potter. Niiiiiice. [Download] The next game from Revolution Software after Lure of the Temptress, which cost nearly €60,000 to develop as a result of the ambition of Charles Cecil to develop this futuristic dystopian adventure that even has designs from the great David Gibbons (Watchmen!).

Megacorporations in a desolate future, with enormous vertical cities located in the middle of nowhere, with hints of 2000 A.D. comics (where Gibbons cut his teeth). A superproduction half-lost in the shadow of the huge titles that during the mid-90s ate up the entire graphic adventure market. [Download] What AGD Interactive does has no name: although in recent times they’ve released a few commercial titles, they’ve spent nearly a decade bringing back Sierra classics in remakes that bring both the graphics and the gameplay up to the standards of the fifth part of the saga, as the previous ones used the ancient AGI parser instead of more accessible controls with the mouse. The first three King’s Quest have undergone this facelift.

With this in mind, as of 2001 they have released remakes of the first three parts, later jumping to the creation of an impressive remake of Quest for Glory II, another saga from Sierra that added touches of role to the traditional point-and-click gameplay. These days it’s considered one of the best fangames ever created. [Download] How to correctly install and control ScummVM on Android