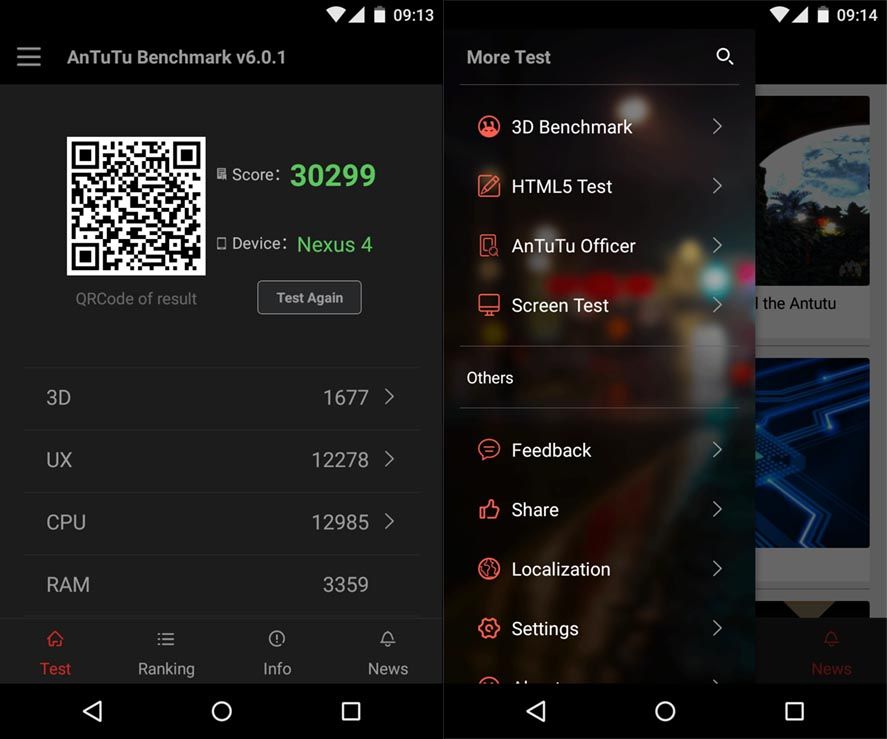 If you need a benchmarking tool to check the performance of your Android, unquestionably the best option is AnTuTu, which offers an array of tools to evaluate different aspects such as your CPU performance or 3D graphic rendering capacity in real time. At the end of 2015 its app was redesigned with the release of version 6.0, and recently the service was split into two apps, one with the benchmarking tool and the other with a demonstration done with Unity 3D to evaluate the phone’s three-dimensional capacity.

AnTuTu3D Bench should be installed alongside AnTuTu Benchmark to be able to run the complete analysis process. It displays two scenes created with Unity 3D 5.0, from which it will deduce the number of frames per second that your device is capable of showing. This data, together with other figures related to your CPU, RAM management, and the user experience, will give you a score that you you can compare against the scale used by the tool. In version 6.0 the interface has been modified and browsing between categories improved. In addition to the benchmark, you can access a screen analysis tool to find dead pixels or deteriorated areas based on color patterns, or do an external HTML5 performance test. The following ranking shows the Android devices with the best marks on AnTuTu Benchmark. Though you shouldn’t suffer too much if your phone comes in near the bottom. Better times will come.