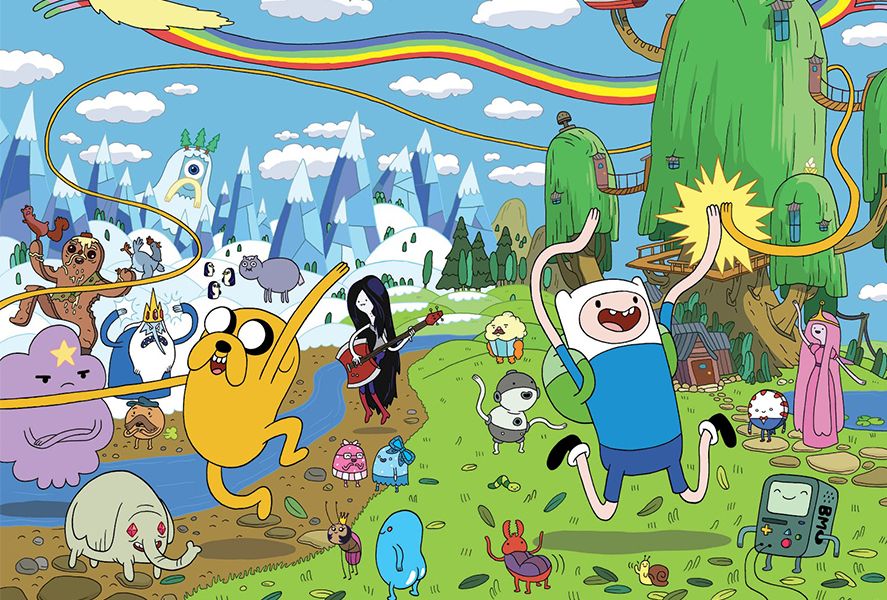 If there’s an animated series that’s really taken off among viewers of all ages, it’s Adventure Time. The exploits of Finn the Human and Jake the Dog have brought joy to the lives of kids, teenagers, and adults in equal measure thanks to their indefatigable spirit of adventure and the legends surrounding the Land of Ooo. A phenomenon like this couldn’t not leave its mark on the world of gaming, and so today we’ve selected the best free Adventure Time games for Android. 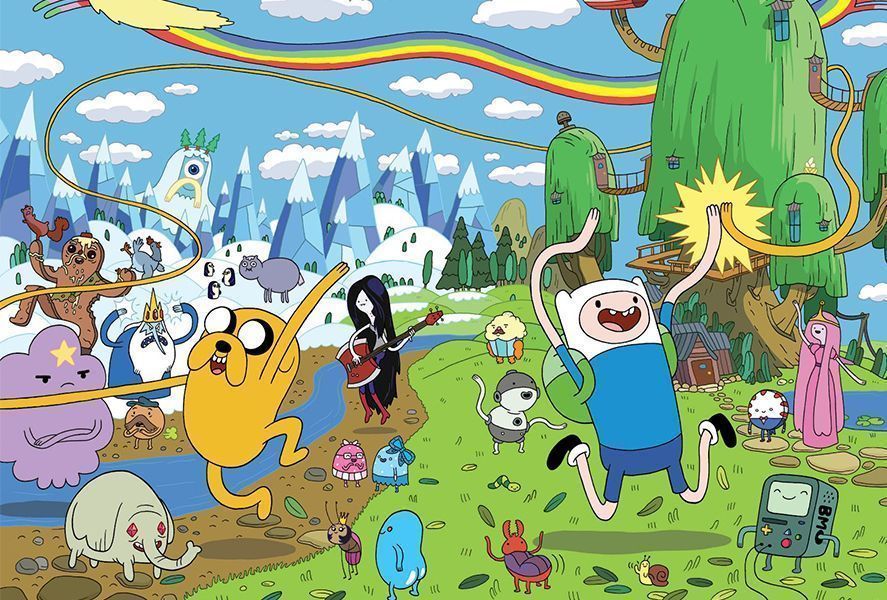 It’s dungeon time with this game. Your aim is to make off with the different gems and keys and get through each of the levels alive – all of which you do just by dragging your finger around the screen. Though the gameplay is certainly something we’ve seen in several other titles, the game oozes charisma thanks to its charming Adventure Time setting. [Download] 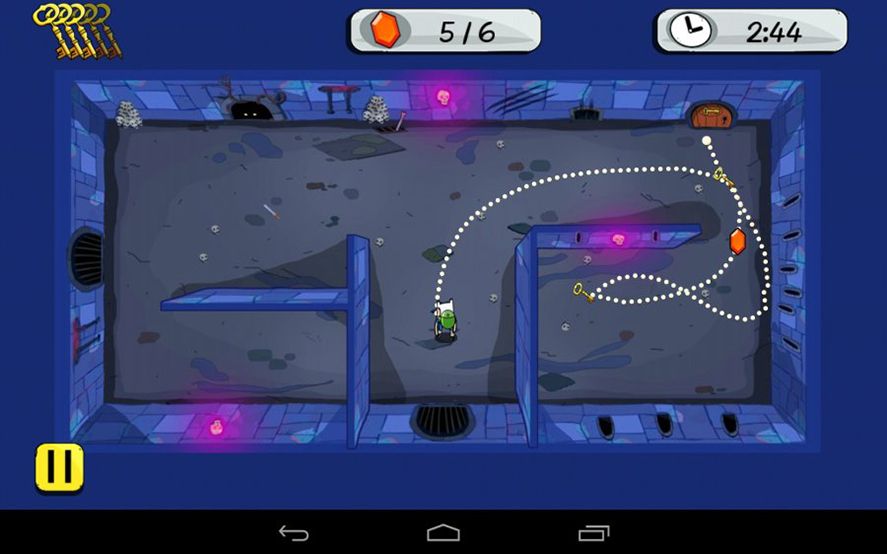 We’re entering into RPG territory with the fun “Champions and Challengers.” This one’s a title with turn-based combats where you can recruit legendary characters from the series: Finn, Jake, BMO, Fionna, Marceline, Lumpy Space Princess, Princess Bubblegum… We could go on and on but it’d be a whole lot more fun if you just gave it a try. [Download]

Endless runners and mobile gaming go hand in hand and you’ve got 1,001 options to pick from whenever you get the urge to enjoy a few minutes of endless running. So why not do it with a game as fun and full of color as the official runner from Adventure Time?

Besides all the standard tropes like dodging obstacles and collecting coins, the title has a system of portals that whisk you into segments with different gameplay, making it unlikely indeed that you get bored here. [Download] 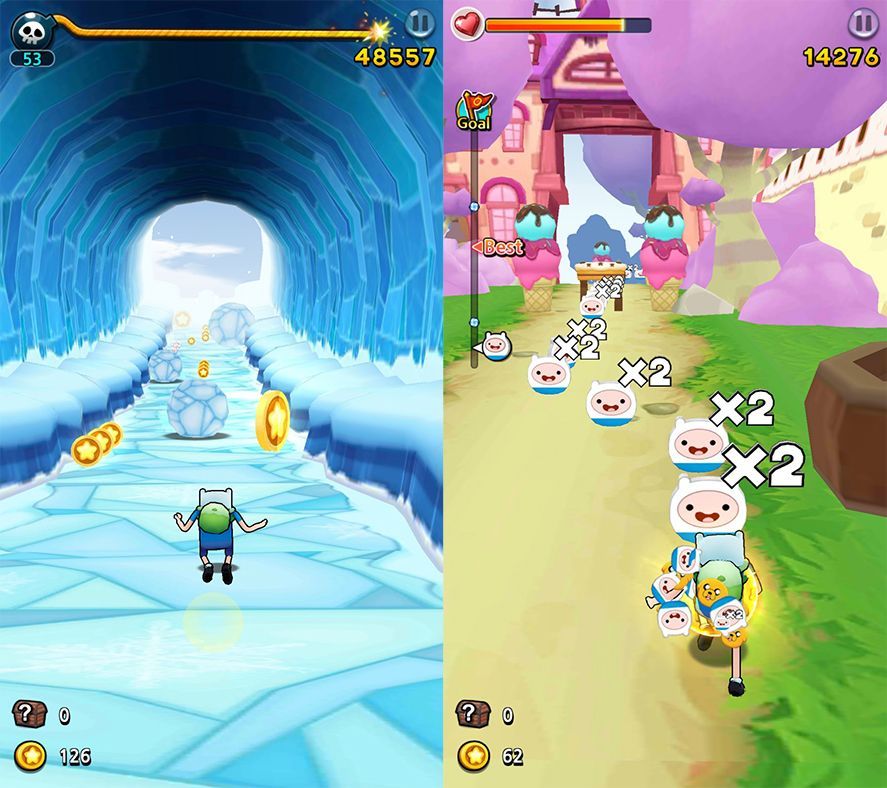 Finn and Jake To The RescOoo

Hark back to the story lines in Adventure Time and you may think it farfetched to find a puzzle game set in the Land of Ooo. You’d be wrong, though, as this game is great at mixing elements from puzzles with the typical gameplays from a 2D platformer. It makes for a unique combo with a tidy and pretty interface. [Download] 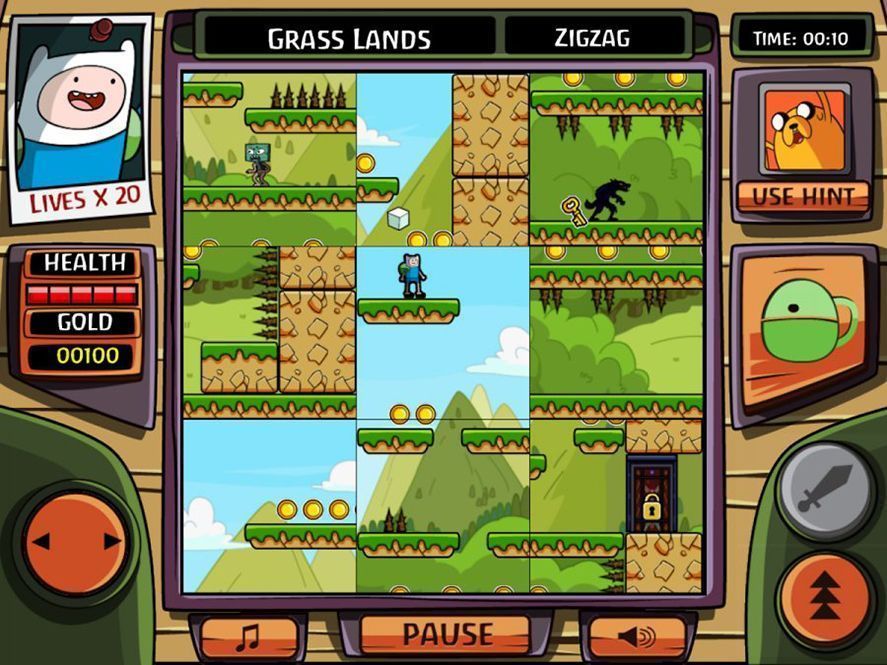 There’s no doubt that ‘tower defense’ is one of the most popular genres on mobile devices. It was only a matter of time before we found one based on Adventure Time. But we didn’t dream that it would be a crossover with the excellent Bloons saga. That alone means we can guarantee above-average quality standards. Bloons Adventure Time TD is a gorgeous game that lets you experience the land of Ooo like you never have before. [Download]

Get ready for a fight with this game in overhead view where you’ve got to rescue four princesses locked in various dungeons. Traps and enemies of various stripes await you in this action game reminiscent of some of the Zelda classics for Nintendo consoles. A fun title with some quite alluring graphics. [Download] 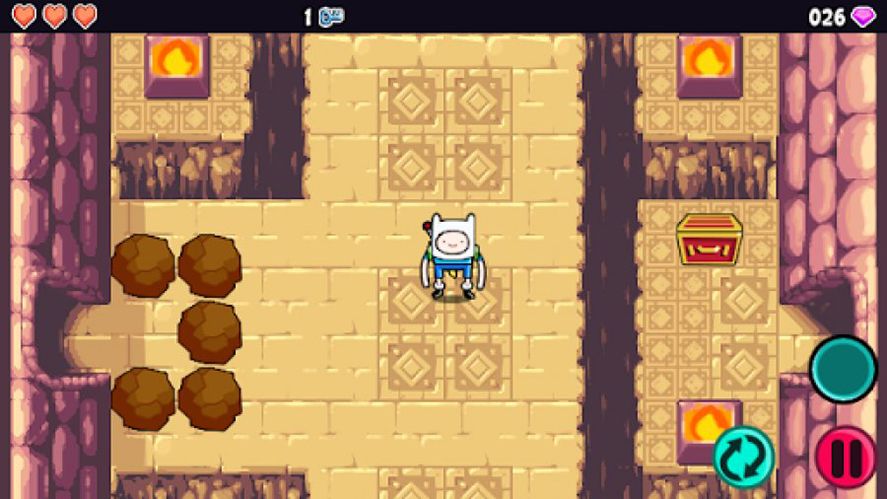 In one of the episodes of this terrific TV show, Finn and Jake sit down to play an exciting card game that takes up the whole plot of the episode. Among those left hankering to play the game too, Android gamers at least have got a shot. Card Wars Kingdom lets you relive this episode and expands its into a ridiculously fun game sure to delight fans of the show and diehard TCG gamers to boot. [Download] 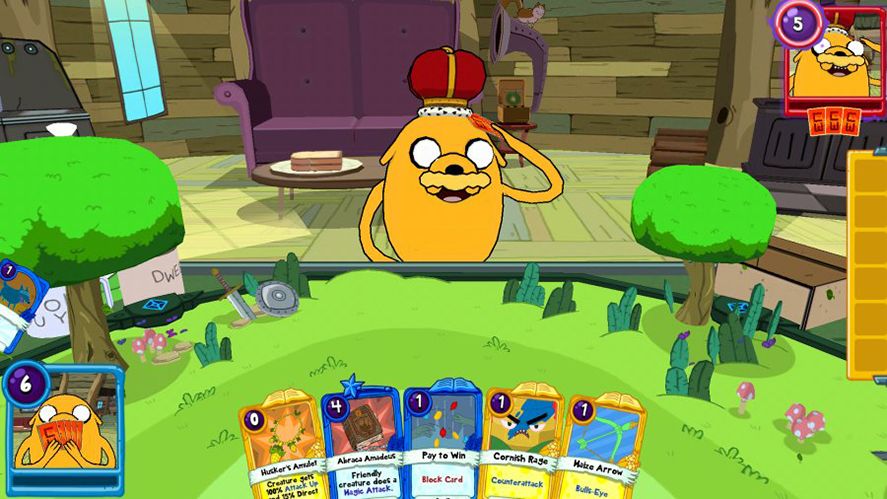 Though we tend to play Finn in most Adventure Time games, his fantastic sidekick is needing a little love too. In this game you play Jake as he helps his human friend stay out of all kinds of dangers looming in front of him based on that latest idea he’s had: to head out on an adventure while blindfolded. By swiping on the screen you’ll go around saving Finn in this unique game. [Download] 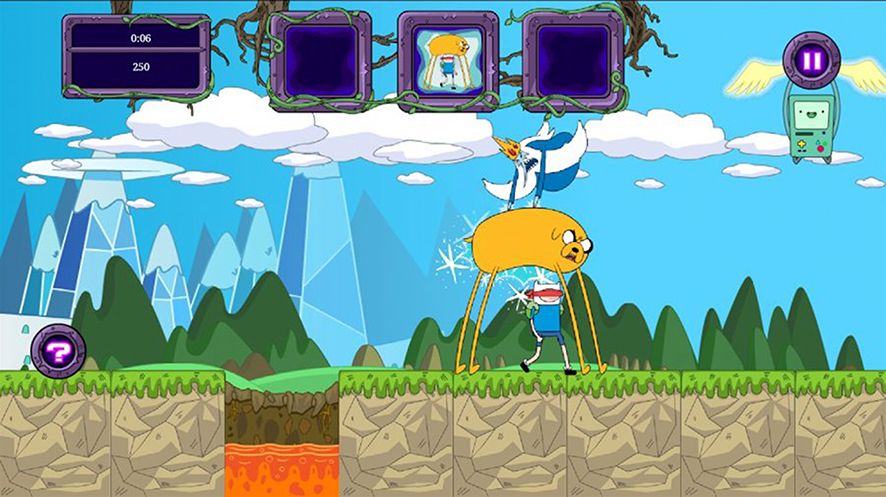 While before we were looking at a vertical endless runner, this time we’ve got a horizontal one for you. In this fun game you have to get around obstacles ad infinitum while collecting the inevitable gems to unlock different upgrades to restart your small adventure. Though in terms of gameplay it’s a bit – paradoxically! – flatter than the other games on this list, it’s a great option for people looking for a simpler challenge. [Download]

The arrival of Puzzle Quest brought a breath of fresh air to a genre where we thought we’d seen mostly everything. And an Adventure Time title based on the puzzle gameplay is something that the world definitely needed. Luckily, the game doesn’t disappoint and you can enjoy the adventures of the inhabitants of the Land of Ooo while matching gems until the end. Unmissable. [Download] 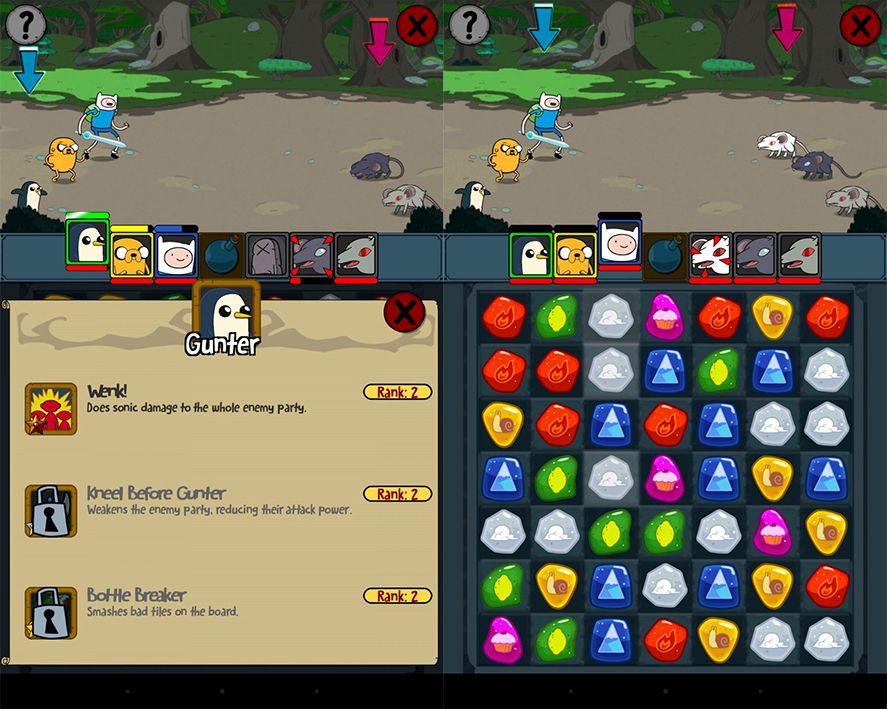 Adventure Time Run is now out on Android